The new adventure seems to take place in a world on the brink of desolation, with the trailer showing our favorite hedgehog speeding through a city covered in flames.

As for the most exciting part of this announcement? Sonic is headed to NX. Rejoice, Nintendo fans!

Little is known about the title so far, but you’ll be able to “join the resistance” Holiday 2017. 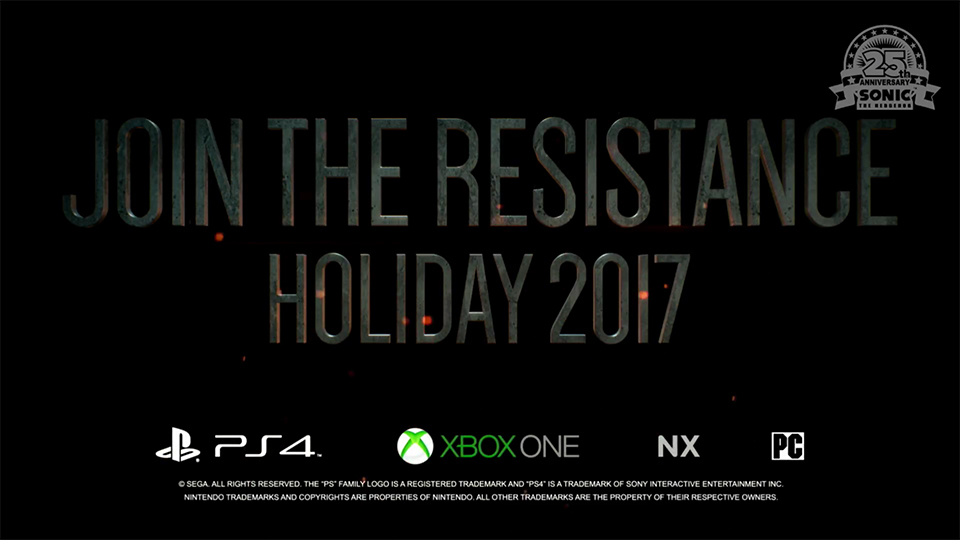