This week in the Nintendo eShop: Buddy & Me swoops onto Wii U, Pokémon Ranger draws circles around Wii U Virtual Consoles, and Metroid Prime: Blast Ball makes a surprise appearance in the 3DS eShop.

There’s a massive Sega sale happening in the eShop all this week celebrating the 25th anniversary of everyone’s favorite blue blur, Sonic! Grab some speedy goodness for over 50% off, including Sonic Generations, Sonic Boom: Rise of Lyric and Sonic & All-Stars Racing Transformed! My personal recommendations would be 3D Sonic the Hedgehog 1 and 2 for anyone looking for a nostalgic trip with a new coat of paint.

Marvelous Inc. is also having a huge sale on select 3DS titles this week. Fans of anime ladies and top notch jiggle physics will be happy to know both SENRAN KAGURA Burst and SENRAN KAGURA 2: Deep Crimson are 50% off, priced at $14.99 and $19.99 respectively. If farming simulators are more your thing, be sure to pick up Return to PopoloCrois: A Story of Seasons Fairytale for just $14.99. Act fast though, as all these deals expire on July 25th. 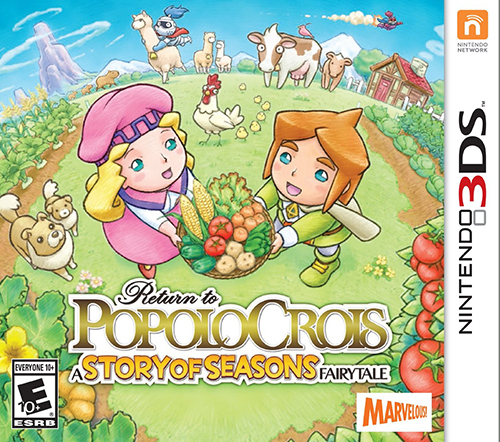 Hot Rod Racer (ZeNfA Productions, $2.99 | $2.54 until 7/28) – High score chasing meets racing as you speed through the world’s most dangerous driving competition. I’m not typically a fan of endless runners (or racing games for that matter), so it should come as no surprise that Hot Rod Racers failed to intrigue me in the slightest. The game simply doesn’t look fun, marred with bland visuals and boring gameplay mechanics that add nothing new to the genre, making the $3 price tag very difficult to swallow. As someone who recently obsessed over Rally King in the fantastically old school inspired Retro Game Challenge on Nintendo DS, I’ve come to expect a lot more polish from top-down racing games. Unless you’re a die hard racing fan looking for a mediocre way to spend the afternoon, steer clear from this hastily slapped together roadside wreckage.

Buddy & Me: Dream Edition (Sunbreak Games, $4.99) – Another endless runner hits the eShop today, only this time it’s actually worth your attention! No doubt inspired by the classic ‘80s film The Neverending Story, players explore the enchanted forest of a young boy’s dreamscape alongside his best friend: a magical flying creature named Buddy. Originally funded through Kickstarter and released on mobile phones back in 2013, the definitive version of Buddy & Me on Wii U includes upgraded graphics for television screens and brand new content. The game’s beautifully handpainted art style, creative gameplay elements and overwhelming sense of childlike wonder gives it much more depth than most 2D sidescrollers on the market. Oh, and did I mention the creative director for Sunbreak Games is none other than Jason Behr: former senior designer for the Metroid series? Be sure to give it a shot if you like good things. 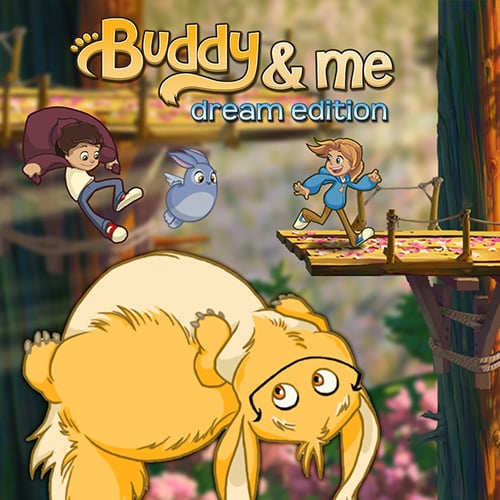 Defend Your Crypt (Ratalaika Games, $2.99) – This clever little strategy puzzle game lets players assume the role of a mummified Pharaoh as he protects his tomb from ambitious grave robbers. Imagine a fusion of the Lemmings and Mario vs. Donkey Kong series, though instead of helping your character reach the end of the stage, you’ll be murdering everything in sight with all sorts of nifty traps and contraptions. Death by scorpion, fire, spikes, pitfalls, drowning and piercing arrows are just a few ways you can put an end to those intrepid thieves. You can even relive this nightmare inducing scene from the 1999 film The Mummy by using scarab beetles to do your dirty work for you! Needless to say, the game’s retro pixel art style, creative trap offerings and large stage variety provide a charmingly morbid experience that’s well worth your time.

Humanitarian Helicopter (Peaceful Games, $10.00) – According to Peaceful Games, you play as two pilots, James and Ben, as they learn to “help instead of harm” survivors of earthquakes in California. Were they once sociopathic criminals? Was there a time when they took pleasure in gunning down helpless citizens seeking aid from natural disasters? This seems like an odd lesson for two grown men to be learning this late in life. Checkered pasts aside, the game itself is severely overpriced and lacking in visual polish. To call its graphics retro would be a huge disservice and insult to the word’s meaning, with ugly sprites and textures that make Hot Rod Racer look like Uncharted 4 by comparison. With no reviews or videos readily available at the time of this writing (other than a boringly biased paid review by Family Friendly Games), it’s entirely possible that gameplay makes up for first impressions, but I wouldn’t hold my breath. 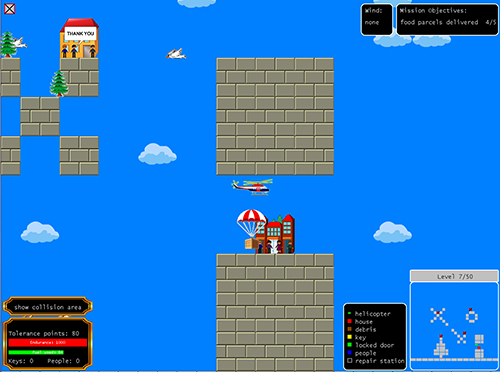 Star Fox Zero: The Battle Begins + Training (Nintendo, Free) – Those of you itching to do a barrel roll in Fox’s latest adventure, yet remain skeptical of the new implementation of motion controls, can finally take the newly tweaked Arwing for a free spin (hehe)! Test your piloting skills in four training missions centered around the Arwing, Landmaster, Walker and Gyrowing. This demo also comes with The Battle Begins – an animated short film produced in collaboration with Shigeru Miyamoto starring beloved characters from the Star Fox universe.

Star Fox Guard: Special Demo Version (Nintendo, Free) – Star Fox Guard is also getting a demo this week! As head of security for Grippy Toad’s mining company, it’s your job to set up cameras in various locations around the mining site to discover and attack any enemies that dare approach. Using the television screen and Wii U GamePad in tandem surprisingly works quite well, and I had a blast playing through the game in its entirety back when it was released. Best of all, save data from the demo can be carried over to the full game! Do you have the minerals to protect Grippy’s livelihood from mysterious space invaders? 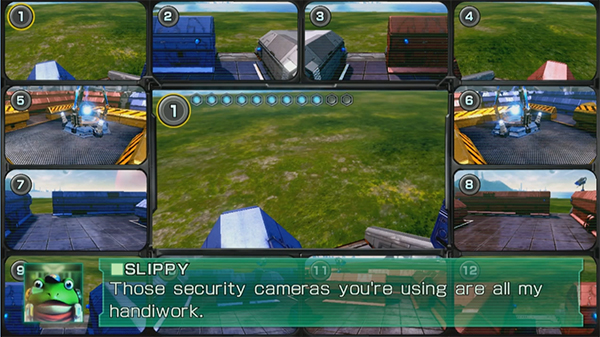 Pokémon Ranger (Nintendo, $9.99) – Need something to play in your downtime as you wait for Pokémon GO servers to come back online? While not as deep or elaborate as the main RPGs, Pokémon Ranger’s more action-based focus and unique implementation of the touch screen serve a satisfying diversion with its own brand of fun and charm. Players assume the role of a Pokémon Ranger in the Fiore region, temporarily capturing Pokémon with a stylus-controlled device known as a “capture styler.” It’s a simple, albeit linear adventure, that many consider to be one of the better spin-offs of the series. I highly recommend it for anyone looking for a short and accessible adventure set in the Pokémon universe.

Defend Your Crypt (Ratalaika Games, $2.99) – This is the exact same game described above for Wii U, but in a nifty portable format! Rather than just regurgitating the same description, let’s watch more scarab attack clips from The Mummy starring Brendan Fraser! Poor Jonathan almost bites the bullet in this heart pounding scene while Beni gets his just desserts from an entire horde of beetles as a result of his limitless greed. 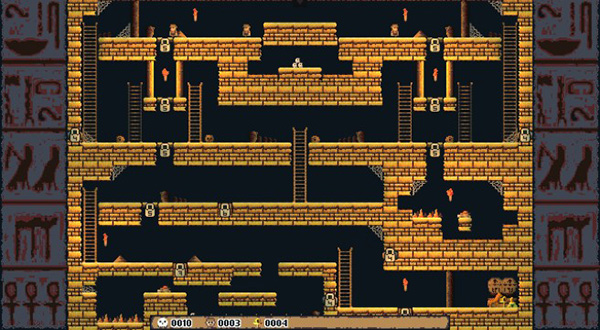 NINJA SMASHER! (PUMO, $3.99) – Boasting a visual aesthetic somewhere between the NES and TurboGrafx-16, this 2D retro inspired platformer proves to be a fresh take on ninja-based action games. Storywise, the game begins with the player attacking the castle of the ominous big bad in an attempt to rescue a princess, though ultimately has you failing in this mission. To stand a chance during your inevitable rematch, you’ll have to scour the world for new equipment and abilities in a progression system not unlike that found in the Metroid or Castlevania series. I personally love the concept of giving players access to a large interconnected map that encourages exploration, and from what I can tell, the game manages to balance nostalgia with modern game design techniques rather well. For just a couple bucks, it’s hard not to recommend adding this fun little gem to your growing digital collections.

Wind-up Knight 2 (Unity Games, $5.00) – Previously released on mobile phones and the Wii U, Wind-up Knight 2 makes its Nintendo portable debut! Exclusive to New Nintendo 3DS systems, players guide the spring-loaded toy knight, Sir Sprint, through a kingdom filled with traps, pits and mythical creatures. Part endless runner and part platformer, gameplay should feel very familiar to anyone who’s played either of the Bit.Trip Runner titles. As a wind-up toy you run out of steam fairly quickly, extending your limited momentum by passing checkpoints, successfully avoiding obstacles and taking down enemies. The game is well-paced and simple to control, with a charming cartoony aesthetic reminiscent of a medieval-themed storybook. Unfortunately, it doesn’t implement the touch screen in any interesting ways beyond menu navigation, but in all honesty that shouldn’t prove much of a deal breaker. 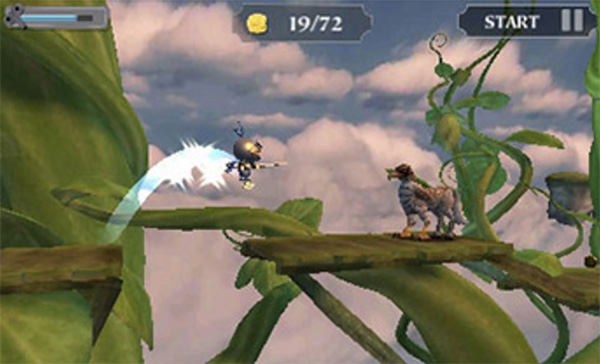 Metroid Prime: Blast Ball (Nintendo, Free) – While I’m sure Metroid fans would have rather received a demo for Federation Force, Blast Ball will have to suffice for now. The game features six mechs duking it out in an intense 3-on-3 sci-fi sport somewhat reminiscent of soccer set in the Metroid universe. Unlike most demos, this one’s available for a limited time only, though there’s currently no limit on how many times you can boot it up. Be sure to get your online Blast Ball fix before Nintendo inevitably pulls the plug on the servers in the not too distant future! 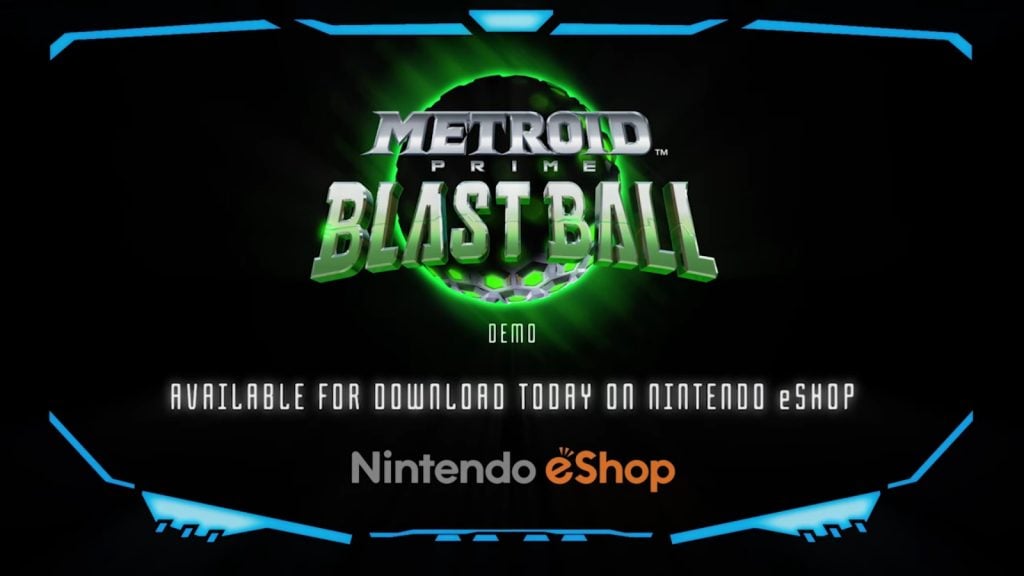 Hyrule Warriors Legends – Free Companion Fairy (Nintendo, Free) – The new Fairy companion Magnolia is being distributed via SpotPass as a special gift to all players of Hyrule Warriors Legends! You’ll also receive a whopping 500,000 Rupees and various food items to feed your growing army of fairies, including ten delicious elixir soups and carrots. If like me you didn’t receive your items automatically while your 3DS was in sleep mode, be sure to boot up the game and manually check for new SpotPass data in settings menu.

7th Dragon III Code: VFD – Code: To My Beloved Unit 13 (SEGA, $1.49 | free until 8/1 | available 7/26) – Prepare for the post-game by unlocking ultimate weapons for all classes, not to mention a “Blaster Raven” character. Keep in mind that this quest won’t appear until after you beat the game, as its ultimate weapons are intended for post-game use.

7th Dragon III Code: VFD – Code: Allie’s Death March (SEGA, $1.49 | free until 8/1 | available 7/26) – Put your dragon hunting skills to the ultimate test and unlock a boss rush of nearly every encounter in the game. Only the bravest hunters need apply as all bosses are pumped up to their max levels. Good luck!