The year was 1996 – the Nintendo 64 was released and would go on to introduce us to incredible worlds and become a home for even the craziest of 3D platformers. As the year went on, Nintendo wanted to beef up its hardware by introducing somewhat of a mid-cycle hardware upgrade. The company proceeded to create a N64 peripheral unlike anything it had done before. While it was plagued with delays for years, the Nintendo 64DD – DD stands for disk drive – finally launched on December 1st, 1999 in Japan.

The 64DD was capable of using 64mb magnetic disks to play games and be used as upgraded storage. The peripheral also granted users a very early form of internet connectivity within games, allowing players to use software to create movies, characters and animations, and share them online. The 64DD didn’t ever make the impact that Nintendo had hoped it would, and production was ended in 2001, never making it outside of Japan, or so we thought.

PostedOval, a user over at the AssemblerGames forums has posted pictures of what appears to be a U.S. developer copy of the N64DD and a home screen featuring Mario, the N64 logo, and a message across the bottom of the screen asking the user to “Please insert disk.” 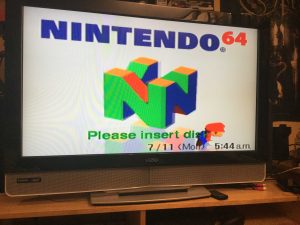 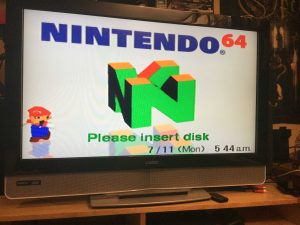 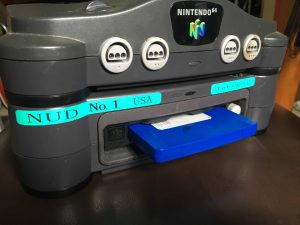 The screen even shows a date of 7/11 at 5:44 a.m. Does this mean the the 64DD made it as far as having developer kits sent out in the U.S.? If these pictures and the system prove to be genuine, then that may be the case. It’s understandable that Nintendo would have wanted to bring the peripheral to the states, but lackluster sales in Japan caused it to scrap the project entirely.