It’s time yet again to look at another mysterious Nintendo patent, this time one that was filed back on December 3rd 2015 and only just published on June 30th. Its main focus is on a new sort of rumble feature, but digging a little deeper uncovers some intriguing ideas.

First up let’s talk about the new approach to vibration. Across the body of the small rectangular device is an array of vibrators, which are set between two outward facing speakers. When the player uses the device, the 3D sound is accompanied by the moving vibration, presumably providing a more immersive experience. 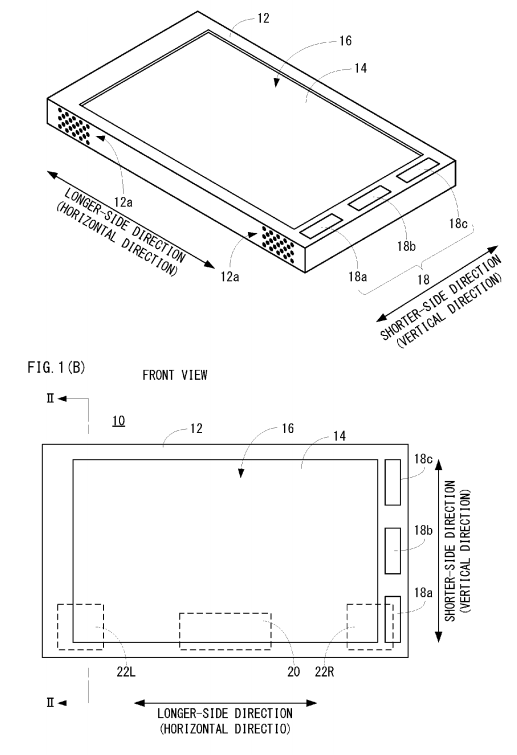 This fine level of vibration would also allow for more tactile feedback, as the device is clearly touch-screen based, as illustrated by some examples featuring a certain simplistic character who we first saw in the now-notorious December patent. 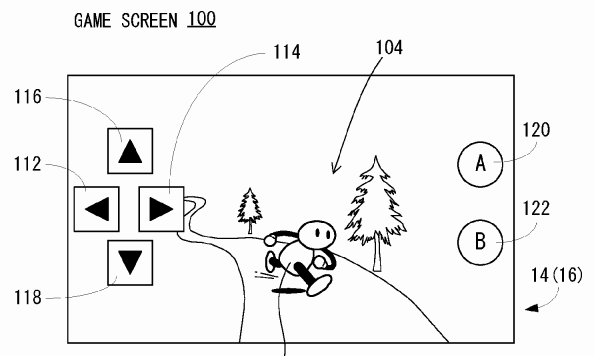 As was the case back then, the illustration is also accompanied by a weapon selection screen, which now features an even bigger nod to the Legend of Zelda franchise: Wind Waker’s Skull Hammer. 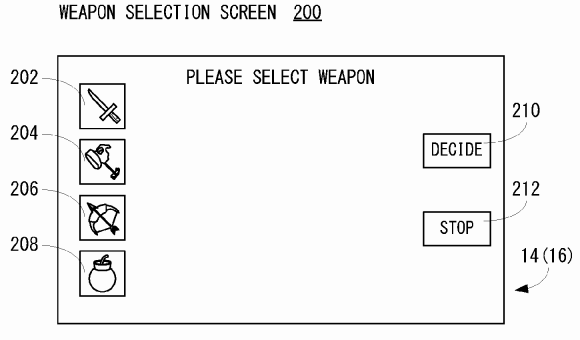 The most exciting part, however, is the final image of the patent. Whereas the previous images featured a more smartphone-looking device, this final image is more traditional, to the extent it is pretty much just the bottom half of the original model Nintendo 3DS XL. 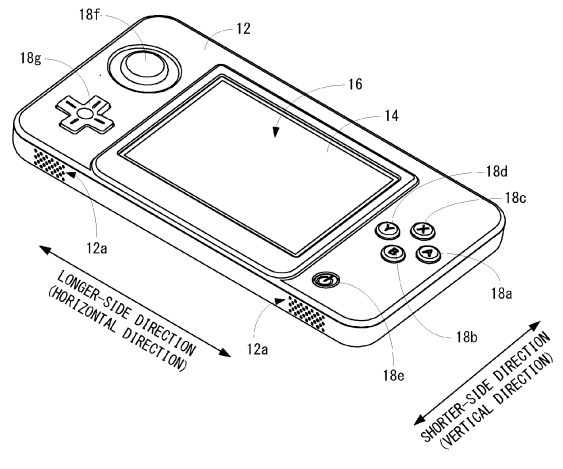 While at first it may seem like this is a peripheral for the other device, the patent instead tends to describe it as a standalone unit. Intriguingly it refers to the possibility that the screen in the center could be lenticular and display 3D images, just like the top screen of the Nintendo 3DS.

Other interesting tidbits worth noting are references to an accelerometer/gyroscope, the possible inclusion of a touch screen, and the acknowledgement that the circle pad could be swapped out for an analog stick. In a stranger part of the patent it even discusses how the touch panel could be on the rear of the device.

As always, don’t assume these patents will ever amount to anything in particular, and if they do they most likely won’t look like what we see here. Check out our previous look at strange Nintendo Patents to find out why you can never be too sure.

If you’re curious to learn more be sure to look through the full patent yourself. It can be a frustrating read, but it provides a lot of insight into what Nintendo is thinking about.