This week in the Nintendo eShop: Qbby conjures another box on the Nintendo 3DS, Mario and friends seek out the legendary seven stars on the Wii U Virtual Console, and Marin summons the Wind Fish for battle in the latest Hyrule Warriors Legends DLC.

Fans of demon fusing and dungeon crawling have a lot to look forward to this week as Atlus continues to toss its games in the bargain bin. Be sure to grab Devil Survivor Overclocked, Etrian Odyssey IV and Etrian Mystery Dungeon for more than 50% off before they revert back to their regular prices. Seriously, stop buying Atlus games at full retail! The day the eShop goes a single week without a steeply discounted game published by Atlus is the day hell freezes over and demons start roaming the earth à la the Shin Megami Tensei series. 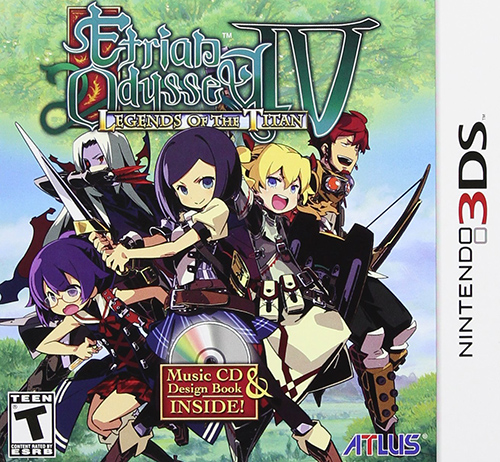 INVANOID (RCMADIAX, $1.49) – Hot on the heels of last week’s critically abhorrent Splashy Duck bootleg comes RCMADIAX’s latest concoction of lazily inspired video game imitations. Described as an endless brick-breaking game, INVANOID shamelessly combines the most shallow foundational elements of classic Breakout and Space Invaders. If you think I’m being too harsh, just take a look at the RCMADIAX website. It’s hard to get excited for a game when even the developers themselves aren’t proud enough of their work to showcase it in any shape or form. I will, however, give them props for this humorous tweet regarding IGN’s refusal to review Splashy Duck.

Prism Pets (Intropy Games, $2.99) – Unlike the name implies, Prism Pets has very little do with either prisms or pets. It’s a match three style game that I’m sure a single developer made over the course of a lazy weekend, tasking players with shuffling and combining colored tiles along a 5×5 grid in an effort to make them disappear. Each colored tile has an outline of an animal sketched on it because… alliteration? Color me cynical, but how shovelware like this gets approved by Nintendo to be published in the eShop is well beyond me. 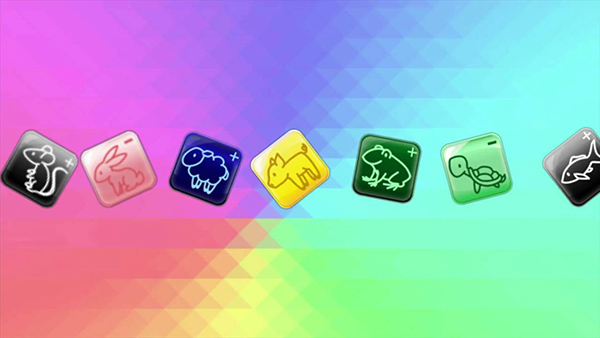 Runbow (13AM Games, Free) – For those of you who missed nabbing this great game on the cheap during last month’s Humble Friends of Nintendo Bundle (for shame!), you may be delighted to hear that Runbow has finally received a demo! As quite possibly the biggest couch-multiplayer experience to date, it’s one fast and frantic action party game that anyone with a dozen Wii Remotes lying around won’t want to miss.

Hyrule Warriors: Link’s Awakening Pack (Nintendo, $4.99) – Marin joins the already robust cast of playable Zelda characters, summoning the mighty Wind Fish to aid her in battle! You’ll also receive the pegasus boots weapon for Linkle, assuming you’ve unlocked her in one of the game’s many other DLC releases. If you want this pack for both the 3DS and Wii U versions, consider purchasing them at the slightly reduced price of $9.99.

Hyrule Warriors: Legends Character Pack (Nintendo, $12.99) – For those of you yet to double dip on the 3DS version of the game, the five previously exclusive characters to owners of Hyrule Warriors Legends are finally being made available for purchase on Wii U! Starting today, Linkle, Toon Link, Tetra, King Daphnes and Skull Kid can finally be yours, not to mention Ganondorf’s infamous trident weapon. 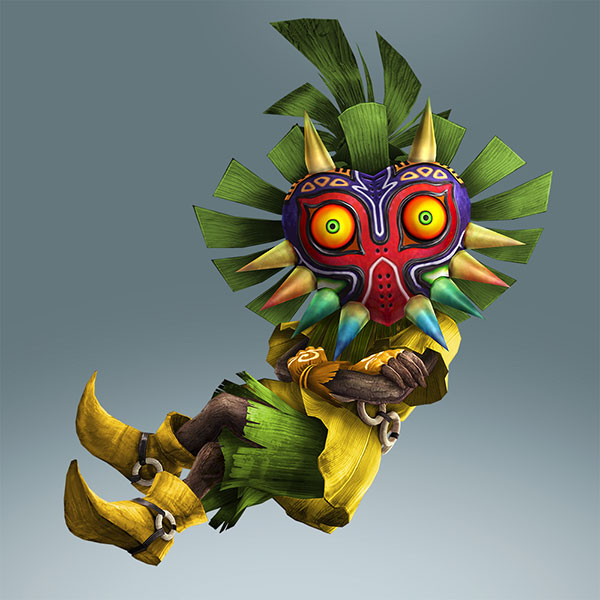 Hyrule Warriors: Legends of Hyrule Pack (Nintendo, $9.99 | Season Pass) – Already convinced you’re going to buy all the upcoming DLC for Hyrule Warriors? Save $5 by committing to the Link’s Awakening, Phantom Hourglass & Spirit Tracks and A Link Between Worlds packs right now! Better yet, just get the full season pass for $19.99 and be done with it to receive today’s update and all future DLC for both the 3DS and Wii U versions of the game.

Minecraft: Story Mode – Episodes 2-5 ($19.99 | Season Pass) – Created by the award-winning adventure game powerhouse Telltale Games, players on Wii U can finally continue their perilous quest to reunite The Order of the Stone and save the world from oblivion! I’m personally quite shocked these episodes haven’t dropped sooner, considering Episode 1 released way back in January. Each episode is available for $4.99 a piece – or $19.99 for those committed to seeing it through to the end.

Super Mario RPG: Legend of the Seven Stars (Nintendo, $7.99) – Originally released in 1996 and co-developed by Squaresoft, Super Mario RPG was the first role-playing game to star the infamous plumber, paving the way for Paper Mario and Mario & Luigi in the decades to come. The humorous dialogue, imaginative world, intuitive battle system, unique cast of characters and quirky soundtrack culminate into one of the most compelling RPG experiences this side of the mushroom kingdom. To this day I can’t help but hum “Beware the Forest’s Mushrooms” when hiking through densely lush forests or beautifully picturesque public parks. Whether you’ve played the game a dozen times already or never knew of its existence, in the name of Mallow and all that is holy, I urge you to stop everything you are doing right now and download it without hesitation! It’s a timeless classic that’s only gotten better with age, not to mention one of my personal favorite RPGs of all time. 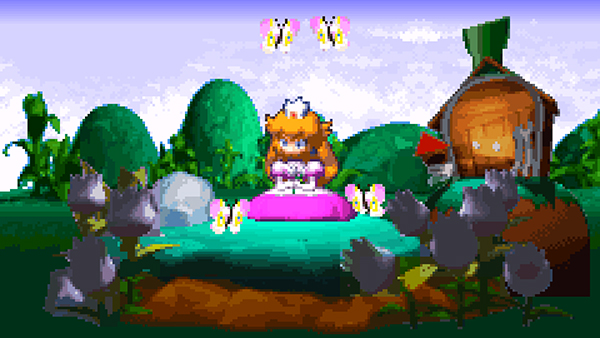 BOXBOXBOY! (Nintendo, $4.99) – Get ready to once again think outside the box, as Qbby’s next adventure in puzzling finally makes its way to western shores! Now armed with the power to create two sets of boxes, players will have to master new tricks and formations to overcome the the various obstacles and challenges presented in its 120 brain tickling levels. Best of all, if you’ve already played the critically acclaimed original, every costume earned can be carried over to the sequel. Don’t be fooled by its overly simplistic aesthetic as there’s a meaty breadth of challenge to be found underneath all that whimsy and cutesy charm. Having played the original, I can’t recommend this series enough to puzzle aficionados of all ages and skill levels. 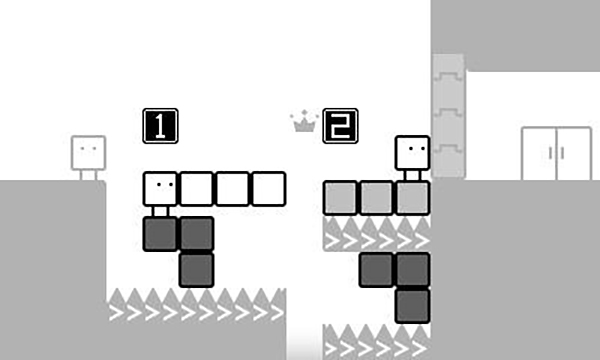 7th Dragon III Code: VFD (SEGA, Free) – Confusingly convoluted title aside, get ready for a classic turn-based, dungeon-crawling RPG featuring, you guessed it, dragons! The demo sets players up with a pre-made party of characters, though save files transfer over to the final release giving extra skill points and benefits. In case you missed it, Nintendo Wire’s very own Bryan Finch previewed the game last month, showcasing the basic plot and battle system in much more detail and depth than I ever could in these brief paragraphs. Be sure to give the game a try before its impending release on July 12th.

Monster Hunter Generations (Capcom, Free) – Polish those bow guns and sharpen your switch axes: a demo for the latest installment in the Monster Hunter franchise has officially arrived in the Nintendo eShop! Hone your skills by experimenting with every weapon and hunting style the game has to offer to help make slaying monsters a breeze when the full game launches in just two weeks time. Through either solo or cooperative play, the demo features three intense battles against a trio of colossal creatures: the Great Maccao, Malfestio and Nargacuga. Happy hunting! 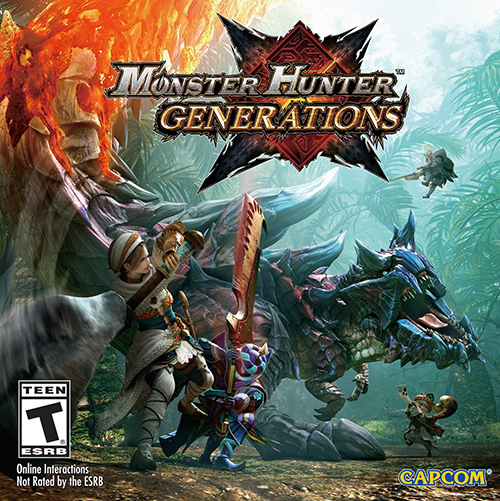 Hyrule Warriors Legends: Link’s Awakening Pack (Nintendo, $6.99) – Marin chimes in as the latest addition of legendary heroes to enter the fray, summoning the mighty Wind Fish to aid her in battle! Additionally, this pack comes with the new Koholint Island Adventure map, Linkle’s pegasus boots weapon, 16 My Fairy costumes and additional character outfits. If you want Marin and the pegasus boots to be shared between both the 3DS and Wii U versions, be sure to purchase the Link’s Awakening Pack bundle at the slightly reduced price of $9.99. 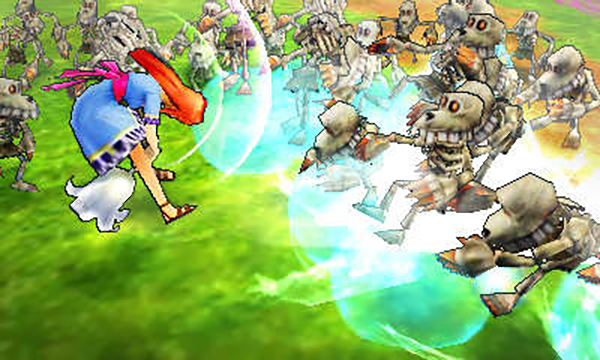 Hyrule Warriors Legends – New Companion Fairy (Nintendo, Free) – To celebrate the release of the second DLC pack, the new Fairy companion Scarlet is being distributed via SpotPass as a special gift to all players of Hyrule Warriors Legends! You’ll also receive a whopping 500,000 rupees and various food items to feed your growing army of fairies, including ten delicious all-purpose baits and hyoi pears. If like me you didn’t receive your items automatically while your 3DS was in sleep mode, be sure to boot up the game and manually check for new SpotPass data in settings menu.