Fans of classic SNES RPGs should start jumping for joy, as Super Mario RPG is arriving on the Wii U Virtual Console tomorrow! 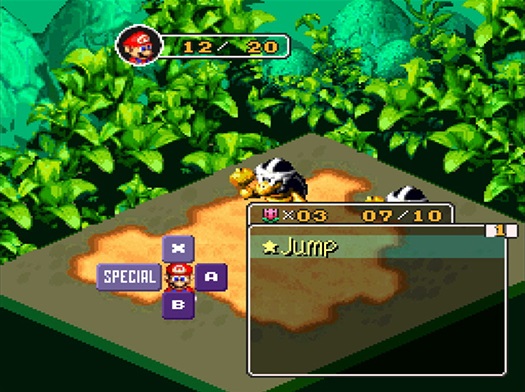 Originally released in 1996, Super Mario RPG was the first role-playing game to star the plumber and his friends, paving the way for Paper Mario and Mario & Luigi in the decades to come. It was co-developed by Squaresoft, and was one of the studio’s last games for the 16-bit system. It was also one of the first titles famed composer Yoko Shimomura worked on, before she went on to score Kingdom Hearts and Final Fantasy XV.

You can download the game tomorrow, and if you previously bought it via the Wii Virtual Console and did a system transfer it should be available for a cheaper price.