Hold on to your hats, retro Nintendo fans. You may remember back in March, a Super Famicom inspired New 3DS LL was announced during the Japanese Nintendo Direct. Photos of the beautiful console made their way all over the internet to universal praise, while many gamers outside of Japan waited with bated breath for an announcement of the system making its way to their region of choice.

Yesterday, pre-orders for the console opened in Japan exclusively through Nintendo’s online store. The page gives a fantastic high resolution look at not just the console, but the retro themed box it will be packed in as well.

The Super Famicom Edition New 3DS LL pays homage to the original Super Famicom box in almost every way. The iconic colorful outline art has made a return on each side of the New 3DS box, matching the colors of the original. 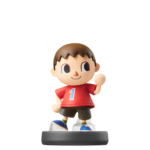 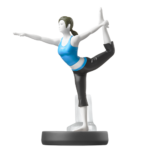 While we don’t expect this console to make its way outside of Japan in an official way, several import sites such as Play-Asia and Nin-Nin-Game have opened up pre-orders for gamers and collectors outside of Japan to enjoy.