The announcement of Cloud Strife in Super Smash Bros. came as a surprise to pretty much everybody. Even those of us who were rooting for a Square Enix representative never expected Cloud to be the one.

Naturally the announcement ruffled a few feathers. Cloud is essentially symbolic of Squaresoft’s “betrayal” in the late ’90s, as they ditched the cartridges of Nintendo and made their way to the optical media of the PlayStation to make Final Fantasy VII. Of course the transition was undertaken to suit their ambitions, with CDs allowing more space for full motion video and higher quality music, but Nintendo fans couldn’t help but feel stung after the developer’s incredible support for the Super Nintendo.

Is Cloud a total Nintendo no-show, though? We combed through his history to find all of his appearances to date:

Kingdom Hearts Chain of Memories (GBA) and Re: Coded (DS)

Kingdom Hearts has had a few Nintendo handheld spin-offs, but only two featuring Cloud. Both games call back to his cameo appearance in the original Kingdom Hearts for PS2, where he fought as a combatant in Hercules’ Olympus Coliseum wearing an outfit reminiscent of fellow party member Vincent Valentine. In both games Cloud uses several of his iconic attacks, and even acts as a summon in Chain of Memories, but his role in the story isn’t significant. 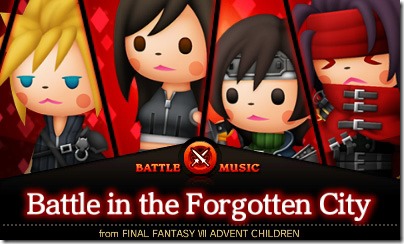 The music of Final Fantasy is adored the world over, so it was only a matter of time before Square Enix made a game focused entirely on its iconic tunes. Final Fantasy VII is just a part of a greater whole, but it is obvious in both games that the developers have something of a bias to the compilation, with multiple characters and tracks from across the original game, Advent Children and Crisis Core. 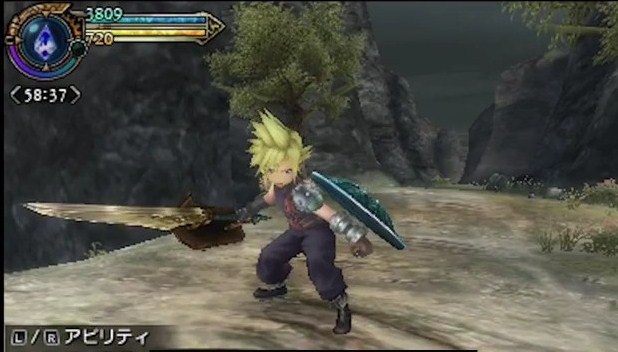 Releasing early next year in North America and Europe, Final Fantasy Explorers will allow players to transform into a number of iconic characters from the franchise’s history, and of course Cloud is among them. If that isn’t enough, you can even unlock his outfit and equip the iconic Buster Sword as your normal avatar. 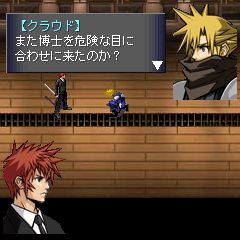 Just a few years ago Square Enix producer and director Hajime Tabata expressed an interest in developing a remake of Before Crisis: Final Fantasy VII for the 3DS. The game was originally released for cell phones, old cell phones, and focused on the Shinra Turks in the years leading up to the events of Final Fantasy VII. With Tabata now handling the upcoming Final Fantasy XV, however, we may never see this remake become a reality.

Overall these Nintendo appearances might not seem like much, especially compared to the likes of Sonic and Mega Man. A much better comparison, however, is Solid Snake. The Metal Gear veteran had only four Nintendo appearances by the time of Super Smash Bros. Brawl’s release: Metal Gear and Snake’s Revenge for the NES, Metal Gear Solid for the Game Boy Color, and The Twin Snakes remake for the GameCube. Two of those were distinct spin-offs, while the other two were ports of titles from other platforms. If you look at it in that way, Cloud is actually keeping up appearances.

Could Cloud’s Super Smash Bros. breakthrough mean a brighter future for Nintendo and Final Fantasy fans? Well, unlike Konami, Square Enix has been a supporter of Nintendo (or at least its handhelds) for years now, and titles like Final Fantasy Explorers and Bravely Second show no signs of that changing. A bigger question is whether or not we will see Final Fantasy VII’s world in particular make its way to Nintendo’s consoles, be it the aforementioned 3DS port of Before Crisis or even the upcoming PS4 remake making its way to the enigmatic NX.

What do you think, do these appearances make Cloud more fitting or would you rather we got a more traditional Final Fantasy representative? Let us know in the comments!