The History of Nintendo Competitions: Part 3

Please note: This is Part 3 in a series of articles covering the history of Nintendo game competitions. Part 1 explored The Nintendo World Championships, Super Star Fox Weekend and Powerfest ‘94. Part 2 discussed the Nintendo Campus Challenges in 1991 and 1992.

After Powerfest ‘94, it would be a long time before Nintendo directly sponsored a competition again (about 16 years as it turns out, but that will be covered in the last installment of this series). However, in the ‘90s, the reigning king of video (and, by extension, video game) rental, Blockbuster Video, put on two competitions, stoking the fires of the raging 16-bit war, with a SNES and Genesis competition in both 1994 and 1995.

In 1994, the 16-bit war was arguably burning the brightest. The Saturn and PlayStation would arrive in the U.S. in 1995, to start the fifth generation properly. Also-rans like the Jaguar, CD-i and 3DO were already out, but they were often overhyped, overpriced, or in the best case scenario, just poorly supported. The battle was between the SNES and the Genesis, and everyone knew it. Blockbuster Video was eager to capitalize. The company ran separate tournaments for each side, with qualifying rounds held in Blockbuster stores from June 15th to July 10th. The finals were held in Fort Lauderdale, Florida August 19th through the 21st. 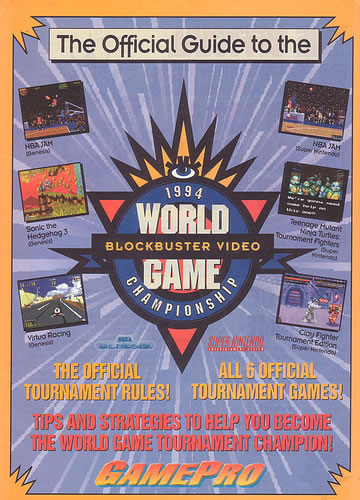 The Super Nintendo side saw a competition in Teenage Mutant Ninja Turtles: Tournament Fighters, Clay Fighter: Tournament Edition (a Blockbuster exclusive title) and NBA Jam. There was no special cart made. I mean, how could there be? None of these were Nintendo published games. Tournament Fighters was developed and published by Konami, Clay Fighter was from Interplay, and NBA Jam was an Acclaim published port of a Midway arcade game. On the Genesis side, it was Sonic the Hedgehog 3, Virtua Racing and NBA Jam. Again, there was no special cart here. While Sonic 3 and Virtua Racing are both Sega published games, NBA Jam isn’t. Besides that, Virtua Racing had a special chip in it, so making a special cart would have been extremely difficult.

The players had to return to their local Blockbuster locations once a week for three weeks (I see what you did there, Blockbuster) to play each game: NBA Jam first, then TMNT and Sonic the second week, and finally Clay Fighter and Virtua Racing. The store winners received some free game rentals; the state champion got a TV and, of course, a trip to Florida for the finals. Players on each system were kept separate, apparently, and the final game was NBA Jam. GamePro magazine co-sponsored this thing, so an editor was there, along with Shaq (and apparently the finalists got to play Shaq-Fu before it came out, lucky them). It was a happening, as they say.

The winners of the grand prize for each system got a trip to San Francisco to hang out in the GamePro offices and be editors for a day, which included a published review. They also toured EA and Capcom’s U.S. offices, checked out what was presumably a Golden State Warriors game (the ads say “sit in a luxury box for one of San Francisco’s premiere pro sports teams”), and they got their images in EA’s then-upcoming Urban Strike. 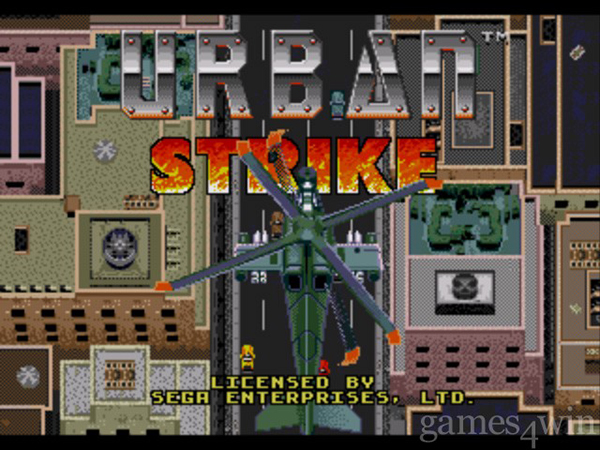 The only cart worthy of even mentioning here is Clay Fighter: Tournament Edition, which was a Blockbuster exclusive. In today’s intense vintage game market, it fetches… about $15. In the realm of rental exclusive games, it might be the most common, and therefore, the cheapest. In addition, it’s not very good, although plenty of bad games become collector’s items.

The following year, Blockbuster teamed up with GamePro, Acclaim and Nintendo for the very creatively titled Blockbuster World Video Game Championships II. Once again, the systems being used were the SNES and the Genesis. The qualifying rounds were held from June 14th to July 9th, 1995, and the finals were held in San Francisco on August 18th through the 20th. 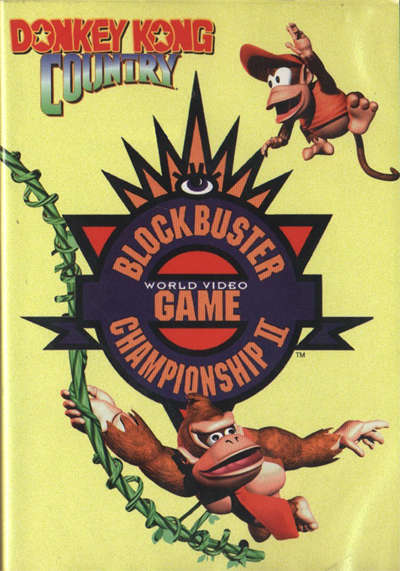 The games were special carts for this event, unlike the original competition. Remember that Donkey Kong Country cart that was used in the finals of Powerfest ‘94? They mass produced it for this event. On the Genesis side, Acclaim stepped in and made a special cart that contained NBA Jam Tournament Edition and Judge Dredd. On the Genesis, people played one quarter of NBA Jam, then 300 seconds of Judge Dredd.

Of much more interest to readers of this site will be, I’m sure, is the Donkey Kong Country cart. In this version, players were given five minutes (no, not six minutes and twenty one seconds) to score as many points as possible. There were 11 stages from the game, but the animal bonus rounds were removed. At the end of the five minutes, the game freezed to record the score.

Eleven top scorers were invited to the finals in San Francisco. Apparently the games played in the final rounds were different (I was not able to find a full list), though Batman Forever was apparently the final game. (Ugh.) The winners won a day at GamePro and reviewed Virtua Fighter Remix for the Saturn. They also received $5,000 in the form of a scholarship or savings bond.

As was done with Super Star Fox Weekend, Nintendo sold the carts through Nintendo Power and claimed only 2,500 were made. The cart now fetches somewhere between $750 and $1,000 in the aftermarket. The Genesis version, on the other hand, was not mass produced and only a handful are known to exist. It fetches over double what the Donkey Kong Country cart does. (There are, however, reproductions available.) 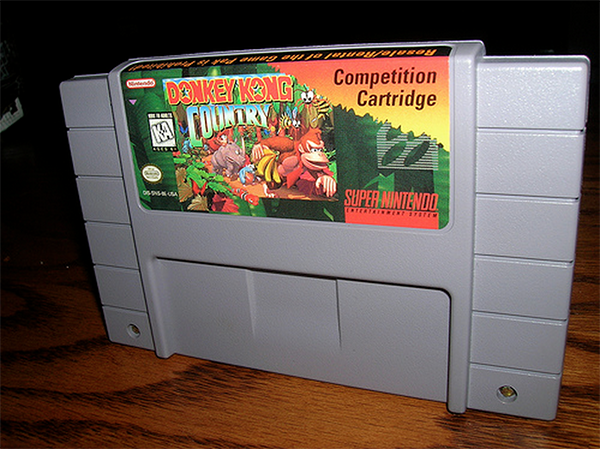 Donkey Kong Country: Competition Cartridge. Source: EpicBuzz.
That wraps up the classic competitions, but come back next week for a special look at a 2010 Nintendo Wii competition! Leave a Comment