Nintendo Inquirer is taking a walk down memory lane to commemorate the upcoming Nintendo World Championships that are being held in Los Angeles on June 14th. Kicking off the nostalgia trip is a modern day review of the ’80s video game film classic, The Wizard.

When I first heard that the Nintendo World Championships were being revived to kick off the annual Electronic Entertainment Expo (E3) this year, I couldn’t help but immediately think of the 1989 movie, The Wizard. Starring Fred Savage and Christian Slater, the adventure comedy-drama helped bring video games to the general public in a big way while also acting as a 90-minute commercial for Nintendo. I remember the movie fondly, as I was a young and impressionable kid when it was released, so I was curious to see how well the movie held up after 26 years.

Thankfully, that small sliver of my childhood remains intact. After sitting down and watching the movie with my kids, for the first time in a very long time, the feelings of nostalgia came rushing over me almost immediately.

I felt like a kid again watching this film, and while not every aspect of it stands the test of time, the overall theme and story of the movie is just as enchanting and endearing as I remember them being. Honestly, anytime I can watch a movie about video games, especially retro gaming, it’s hard not to enjoy myself. The Wizard is special though, and I’m glad I went back to rediscover exactly why that is. 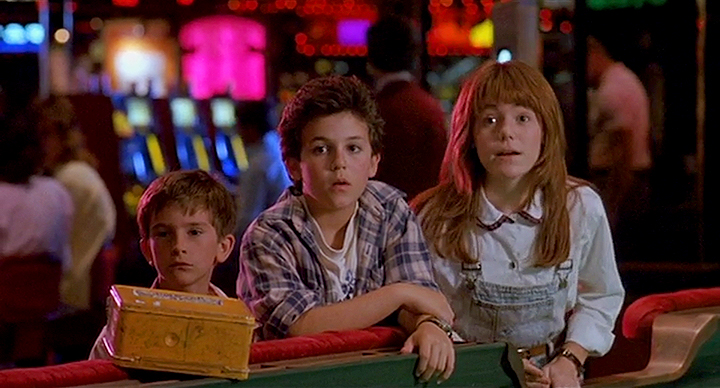 First off, there are a few things in The Wizard that can’t be overlooked. They might have been acceptable and understandable in 1989, but now in 2015, they just feel way off. The young video game savant, Jimmy (played by Luke Edwards), is clearly suffering from a mental disorder of some sort, which came on after his twin sister died in a drowning accident well before the film takes place. Jimmy’s symptoms resemble autism, but while the condition is never directly named, it is a running joke and plot-point throughout the story. Jimmy is called every sort of name under the sun, by adults and other kids alike, mainly because his mental illness is not understood by those around him. It’s a shame that he’s treated so badly, and at times, it’s cringe-worthy.

Also, the fact that there is a children bounty hunter chasing this group of kids to California is ridiculous and even a bit unsettling. Putnam (played by Will Seltzer) is a creep through and through, and despite the plot needing some sort of antagonist to push the kids forward to their ultimate goal of reaching the Video Armageddon, there is no way a film could get away with a character like that in 2015. On top of that, the continuous battle with the kids’ father felt forced and unnecessary to the extent of taking away from the story itself.

The adventure of Jimmy and Corey (played by Savage) was fantastic though. The team-up with road-smart Haley (played by Jenny Lewis) added the perfect touch to the group of misfit kids. The entire concept of Corey taking his younger brother away from the institution he was placed in, and deciding to escort him to California, is fantastic. It’s incredibly heartwarming, although it’s not until the end of the film when the audience is reminded just how special the trip really is. 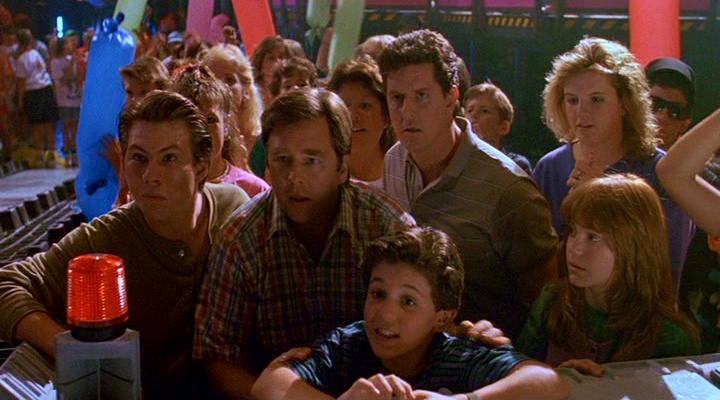 The subplot of The Wizard takes over as the overarching theme of the film pretty quickly. Jimmy being unthinkably good at video games, despite never playing them before, experienced what every kid wanted back when the movie first came out. Video Armageddon was essentially the first Nintendo World Championships, whether anyone from Nintendo will admit that or not. For kids like me watching The Wizard for the first time in theaters, the thought of a video game tournament with a large cash prize awarded to the winner was mind-blowing. Video games were just something you did to have fun at the time; they weren’t used to play competitively for serious recognition, prizes and fame.

Speaking of mind-blowing, the amount of Nintendo influence in this game is incredible, and nothing like it could ever happen today. The Sega Genesis was released in 1989 as well, but I can’t help but think that the product placement throughout The Wizard for Nintendo surely helped the company early on in the console wars. Everything from the games the characters were playing, to the Power Glove, and especially the final big reveal at the finals of the tournament, The Wizard was chalked full of Nintendo influence. As a Nintendo kid, I absolutely loved it back then. Now, as a lifelong Nintendo fan, I can’t help but be overwhelmed by the incredible memories the film brings back from start to finish.

What The Wizard is mainly remembered for after all these years was the surprise game that the contestants had to play in the finale. That game was Super Mario Bros. 3, and in the context of the film, it was the first time the kids had ever played the game, which was meant to add a degree of difficulty to the competition. Interestingly enough, in the real world, Super Mario Bros. 3 wasn’t even known to exist at that point, which meant The Wizard acted as an extended reveal trailer and promotion for a brand new game never before seen by the general public. In 2015, games get leaked and announced almost daily it seems, but back then before the internet was what it is now, information about new games wasn’t easy to come by. I very specifically remember how big of a deal it was to see Super Mario Bros. 3 within this movie, and my friends and I all speculated if it was a real thing or just something for the movie. 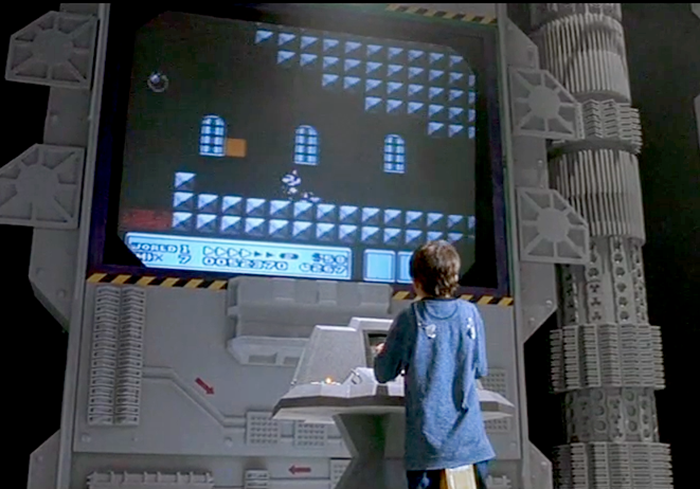 Re-watching The Wizard took me right back when I was just a six-year-old with dreams of video game fame and fortune. If Hollywood was to remake this film, a few alterations would be needed to help it coincide with modern day society, but the overall story of video games and family bonding could easily carry the film, as it still does 26 years later. If there was ever a film for lifelong Nintendo fans to cling on to, especially on the heels of the Nintendo World Championships being renewed, The Wizard is that movie.