Thanks to a few broken street dates, Pokémon Legends: Arceus is in the hands of a few players well ahead of its official launch day and, consequently, information about the game is rolling out. Along with information about gameplay, the full list of Pokémon available in the game was leaked.

Before you read, be aware that there are major spoilers below. Also, we will not be hosting leaked images due to takedown concerns from Nintendo. While we believe these to be pretty concrete lists, we will be updating this guide if any more leaked info comes in.

Because we won’t be hosting any leaked images, we’ve instead written descriptions of the handful of brand-new Pokémon that were leaked. Unfortunately, you’ll have to go elsewhere to see images of these new ‘mons (sorry about that, but we don’t want to receive a takedown notice!). Here are the brand-new Pokémon discovered in the leak. This doesn’t include the new Hisuian forms, but you can check out our list of all the leaked Hisuian forms, too.

Here is a full list of all the Pokémon known to be in the game. Included in this list are brand-new Pokémon as well as new Hisuian forms. Additional information is located within the “Notes” column. Information about whether the Pokémon was revealed officially by Nintendo or through the leak is in the “Status” column.

Want to know more about the Pokémon Legends: Arceus leaks? Check out our other guides below. 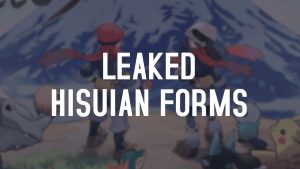 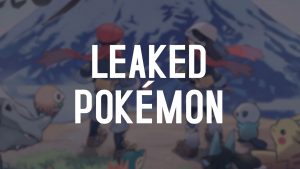