Wind Waker: A sea of greatness

When Wind Waker hit store shelves back in 2003, I was six years old and barely knew how to hold a game controller properly, let alone play a fully fleshed out RPG. I had only received my first video game the year prior in the form of a Game Boy Color, and despite how much I loved that thing I could not for the life of me figure out how to actually play a game beyond wandering around until something happened accidentally.

Yet when I look back at my first experience with Wind Waker, all I can think about is how fond I am of the game and every memory I have with it. 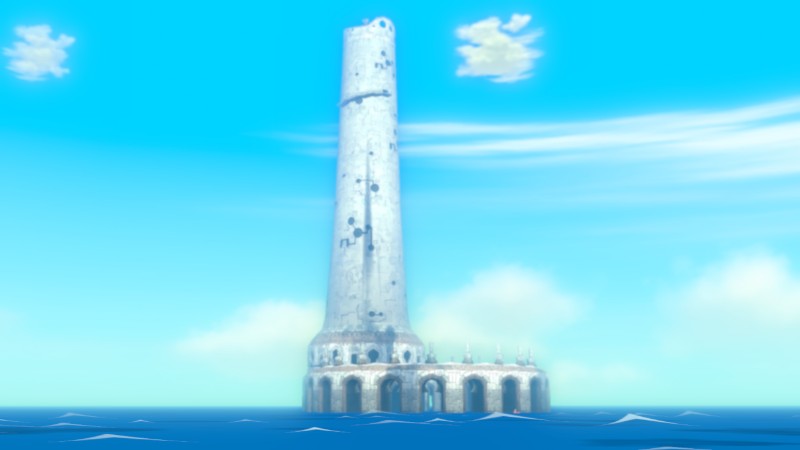 My whole life I’ve said this GameCube classic is not only one of the best games on the system but also one of the best in the Zelda franchise as a whole, though if you asked me why just a few years ago I probably wouldn’t be able to pinpoint an exact reason. Back when Wind Waker first came out, my father was both more into video games than he is now and still had the time to play, and looking back my dad was so excited for Wind Waker that he pre-ordered it not only for his two sons, but for himself as well. That’s a concept I’m unfamiliar with now, as my dad has all but fell out of gaming entirely, but I can understand why he wanted to, and as a result the game already holds a special place in my heart.

I’m a part of Generation Y, which makes up a large part of the gaming community now that we’re entering our young adult lives. When Wind Waker came out, both me and my brother (who was just barely three) were old enough to understand that things were happening when we’d watch my dad play, but we couldn’t quite grasp why, or how, and we definitely couldn’t contribute in any meaningful way. Still, I remember being completely enthralled and enchanted by watching my father explore Outset Island and sail across the Great Sea. Completely engrossed in the environment, colors and music, I have vivid memories of not being able to tear my eyes away and being more frustrated than my dad when he’d get a game over. I had to know what happened in the end. I had to know that my dad would save Aryll and defeat Ganondorf once and for all. 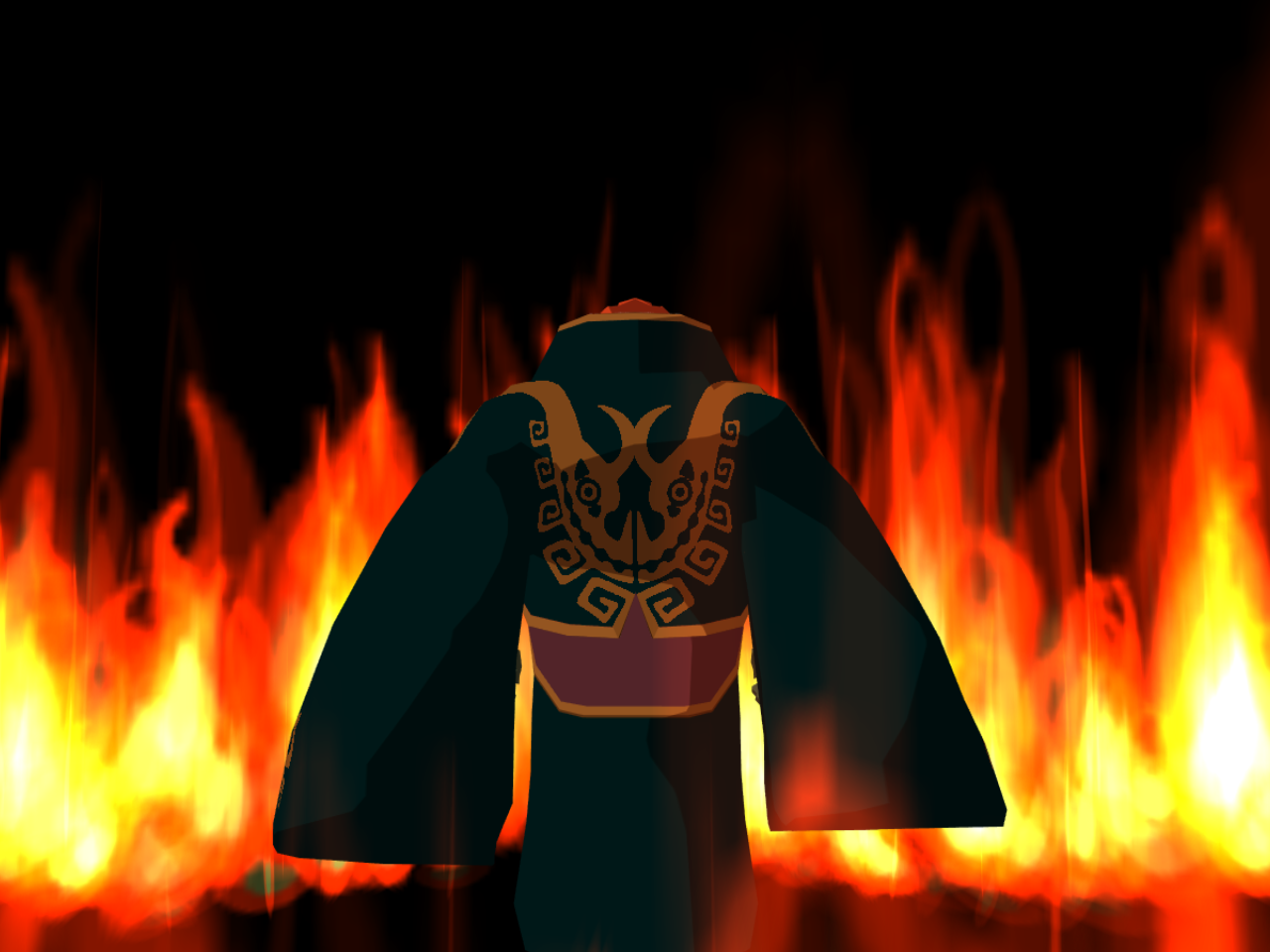 The day after he beat the game for good, and the three of us rejoiced in his victory, I decided that I could take a stab at it myself, with all of the knowledge retained in my memory. “Yeah, I can do this!” I thought with confidence. I already knew everything about the game, so all I had to do was follow my father’s steps and I’d be all set! Needless to say, I don’t think I ever made it past the first dungeon, but what’s so important about my attempt was how compelled I was to try it. The game was magical by all definitions of the word and I remember being completely unable to stop thinking about it. Much of my memory of the game for years wasn’t even from my own playthrough, and yet I knew everything there was to know about the Great Sea and was always eager to learn more, desperate to be able to see the game through again.

A few years later, I’m proud to say that with the help of a GameFaqs walkthrough, I successfully completed the game.

But whether or not I beat it aside, my enthusiasm for the game before I even truly played it with full comprehension is something to be noted.

While I was enjoying my first experiences with the game, the greater gaming world was a lot less kind to Wind Waker, with the game being met with a lot of criticism after its announcement, mostly based on its graphics alone. The cel-shaded look was a first for the series, and many fans weren’t sure how to feel about their very serious and emotional franchise being made into what they saw as a cartoon. If they took three minutes out of their day to play the intro of the game, however, you’d know that its appearance has nothing to do with its content. Wind Waker is still one of the most emotional Zelda games to date in my opinion; moving and full of expression, with each character’s face truly representing a character and not just a 3D model. 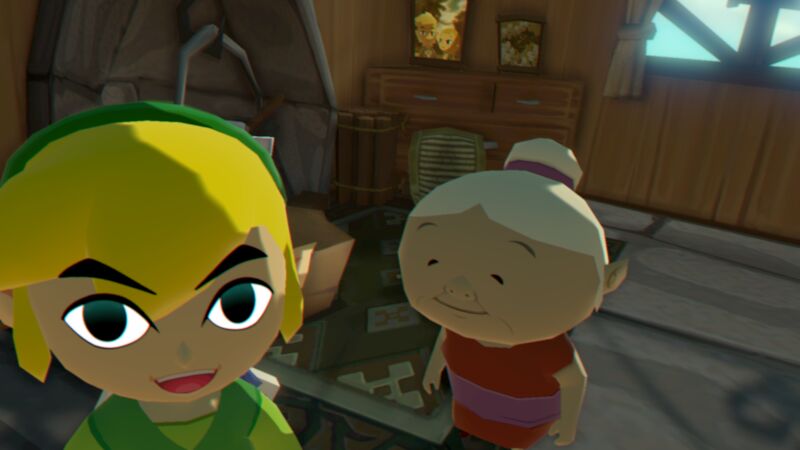 Not only did Wind Waker provide a steady stream of emotional content throughout its entirety, but for the first time we saw Ganondorf in a more tragic light. Though his actions could never be forgiven, we were offered a reason behind his nefarious deeds, with the story giving him a deeper backstory and, most importantly, a sense of humanity. Ganondorf was no longer simply a boss monster we had to dread fighting at the end of the game, but instead another character worth exploring.

Swashbuckling on the Great Sea

Not only did Wind Waker give a greater sense of personality to its NPCs, the game also offered a lot of new elements in regards to its gameplay. While it retained much of the same mechanics as the N64 games, which kept older fans happy, there was a definite sense of evolution. The C-Stick provided players with the ability to move the camera around Link, meanwhile the Tingle Tuner offered players simultaneous interaction with a handheld, years ahead of the Wii U GamePad. And, despite all its criticisms, the idea of sea exploration set the stage for larger open worlds, as the game’s Great Sea was notably much more expansive than any other Zelda game at the time and continues to be one of the largest. Additionally, the Second Quest, which is now a staple of the series, made a long-awaited return in Wind Waker after last being seen in the two NES games. 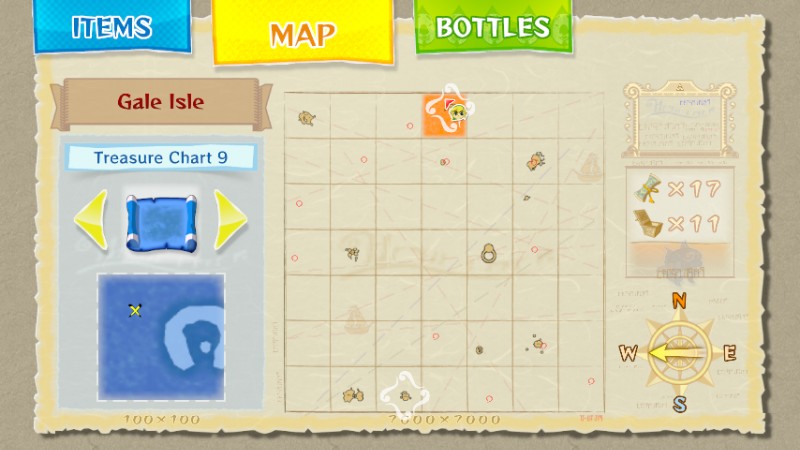 However, I’m not writing this to get completely technical with you. The reason I’m reflecting back on Wind Waker is because of its pure brilliance. The game was a huge risk for Nintendo to take, especially coming off the fan-favorite Ocarina of Time and the cult-classic Majora’s Mask. Being the next home console release after these two behemoths Wind Waker had a lot to live up to, and fans were not receptive initially.

Yet, its impact is undeniable. The storyline and narrative was incredibly deep, notably more so than most prior installments, and much of Hyrule’s past and ultimate fate were revealed through the game’s events. Although the cel-shaded aesthetic ended up being commonly used for handheld spin-offs, the graphical style became a staple in the series nonetheless. Likewise, with his inclusion in both post-Wind Waker Smash Bros. games, “Toon” Link has become a character on his own, separate from the more realistic Link we’re so used to seeing. Nowadays, Wind Waker’s art, music and world are often admired and praised by fans, and it ended up becoming the fourth best selling GameCube game of all time, with just over three million copies sold worldwide.

And of course we haven’t even got to the 2013 HD Wii U remake, which featured updated graphics and quite possibly the improvement of the century: faster sailing. This version of the game also featured Hero Mode (a harder difficulty), an inventory on the GamePad, and a number of other small gameplay changes, too numerous to list off entirely. The game even received two special editions, one of which included a special, Legend of Zelda themed Wii U console. Just looking and listening to the HD remake for even a brief moment will have you understanding why the game is so appealing to kids and adults alike. 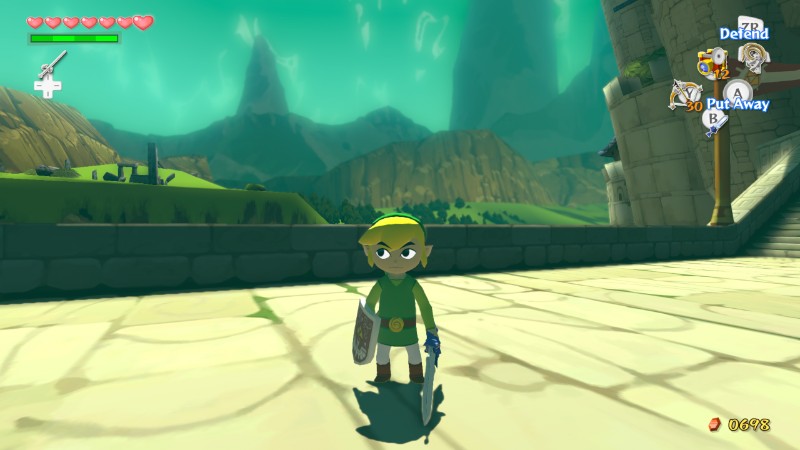 Whatever complaints fans had about the original Wind Waker were remedied in the HD remake, making it a near perfect game. If you haven’t jumped into its boundless oceans yet, it’s a great place to start.

Maybe it’s the family man in me that loves to see Link with his sister and grandmother, or maybe it’s the kid in me that still loves the memories I have of the original release. Either way, I can still say with confidence that Wind Waker continues to be my favorite Zelda game of all time. The only difference, now that I’m all grown up, is that I can tell you why. If you’ve got children, don’t let them miss out on this masterpiece – it’s a beautiful, emotional piece of work that’s still graspable to kids, and they’ll love every minute of it; believe me, I know from experience. And even if you don’t have kids, I highly suggest you pick the game back up again, if not only for the tender moments in the beginning that are sure to get you just a little bit weepy.