Falcom’s Trails series is well known for its length at this point, and as a result we’ve decided to split our review for the latest entry in two. With Trails of Cold Steel IV already launching for PlayStation 4 late last year, this first part will mainly focus on the technical side of the Switch port.

First, though, there’s something essential that’s worth noting – Trails of Cold Steel IV isn’t a good place to start the series.

While the previous game was something of a stepping-on point with a core cast that mostly comprised of new characters, IV throws you into the thick of it, with characters introduced at a rapid clip and plot points skimmed over so fast you won’t have time to ask what a “Mishelam” is. At the very least, it’s worth playing Cold Steel III first (you can even transfer your save!), but if you want to enjoy the stellar world-building to its fullest, earlier entries are recommended.

This first part of the review won’t reveal any direct spoilers, though, so feel free to read on! 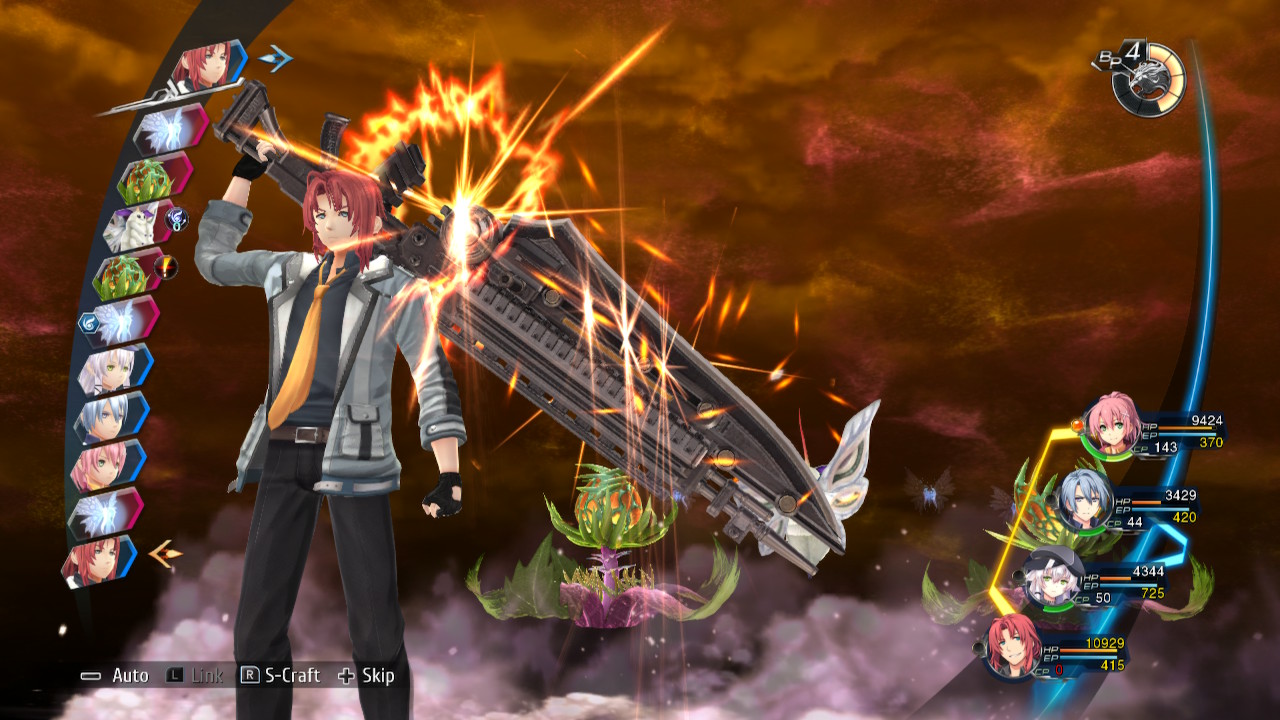 In many ways, Trails is built for portables, with its segmented maps and regular cliffhangers lending themselves perfectly to the pick-up-and-play approach. The series first found its home on the PSP, then the Vita, and now it’s comfortably found a new niche on the Switch, where it shines.

The previous Trails of Cold Steel III port could best be described as ‘adequate’. While it is a solid enough way to play the game, it’s marred by occasional technical glitches, with the worst being inexplicable never-ending loading loops. These were rare, and usually limited to certain busy maps, but most were never patched out.

Thankfully, in my time spent with Cold Steel IV these major issues haven’t re-occurred, and even if they did there’s a saving grace – Auto-Save. In the last game you had to be judicious with manual saves to ensure you wouldn’t lose hours of progress, but now that’s much less of a concern with the game itself having your back. As a heads up, you need to scroll down the load menu to find where the Auto-Saves are stored!

In general Cold Steel IV looks and performs better than its predecessor on Switch, too. Depth-of-field effects feel more abundant, especially in cutscenes, and everything looks that little bit crisper. Of course the PlayStation 4 and PC versions will have it beat on the big screen, but undocked it can be a very pretty game. 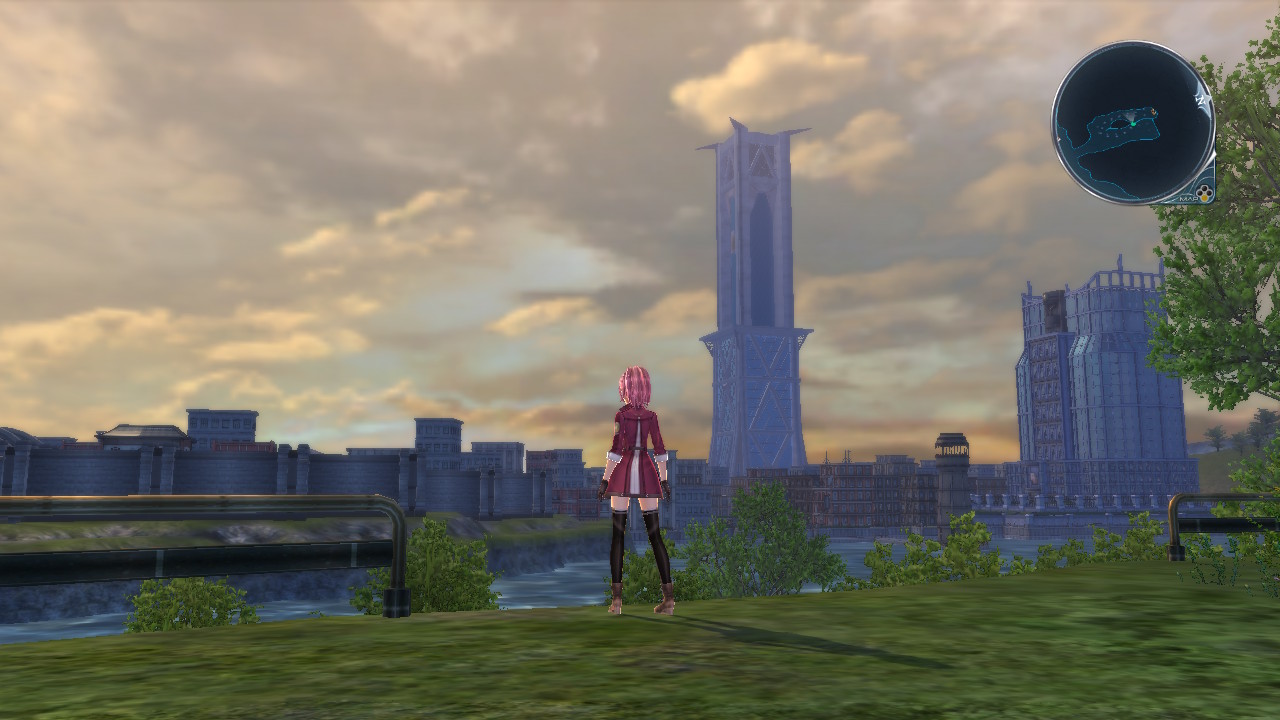 All that said, it isn’t a perfect port. The frame rate can take a dive in certain areas and it’s usually obvious what’s causing it, with two notable examples I’ve seen so far being an area dense with forest foliage and the distant cityscape pictured above. Being a slow-paced RPG, however, these moments aren’t all that disruptive, unless you’re unfortunate enough to be jumped by monsters as the game chugs.

There are also minor localization and text issues. The core story is still stellar, and backed up by amazing voice work from dozens of returning actors, but once you go off the main path you can run into small problems. For example, the surprisingly addictive in-game card game, Vantage Masters, has some Japanese text left-over… 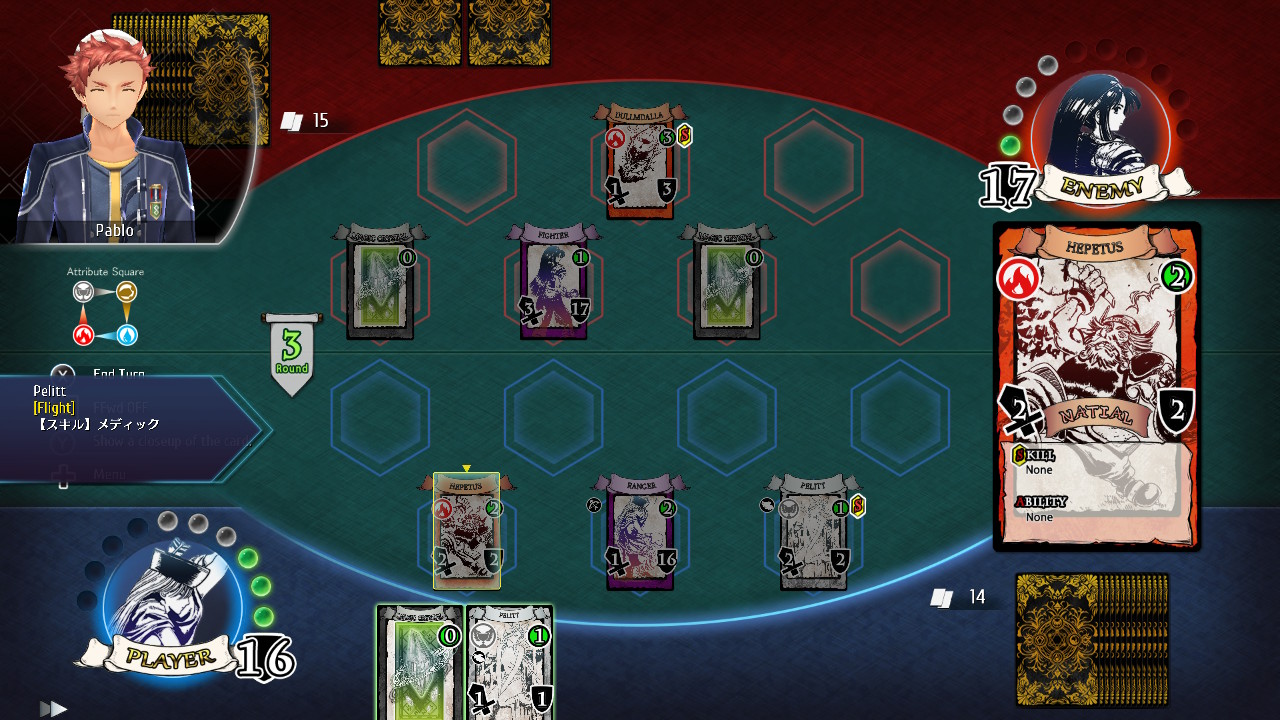 And the optional challenging monster chests are usually supposed to list which characters can attempt them, but their names do not appear, and when you beat the monster within there are very noticeable missing text strings that are supposed to detail your upgraded “Order”. 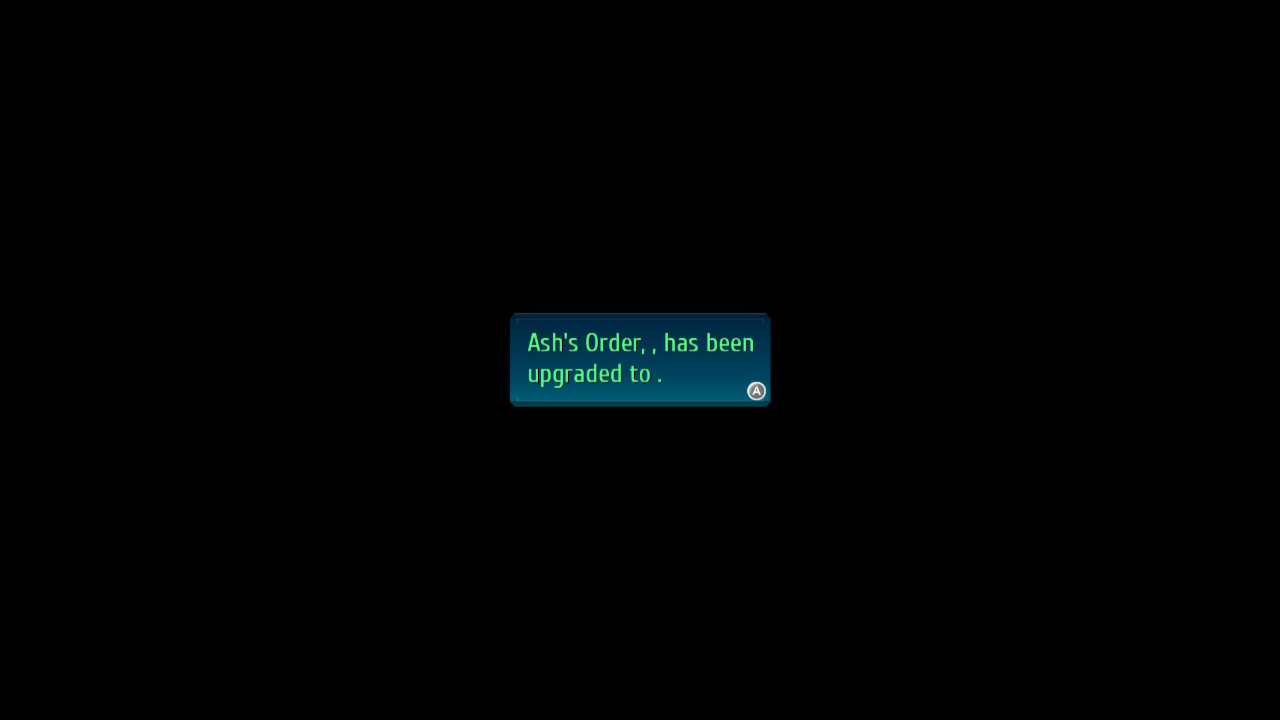 These are both relatively minor concerns, and hopefully they can be patched in a future update, but as of right now they can leave the game feeling ever-so-slightly unpolished.

One final thing worth noting about the port is that it comes with a fair amount of free DLC, granting you access to all the silly costumes you could ask for, right from the start. This is naturally great if you want your party to look like a bunch of goobers in the midst of a dramatic war story, but it’s worth noting that at least one surprising party member’s identity is spoiled via the DLC menu. 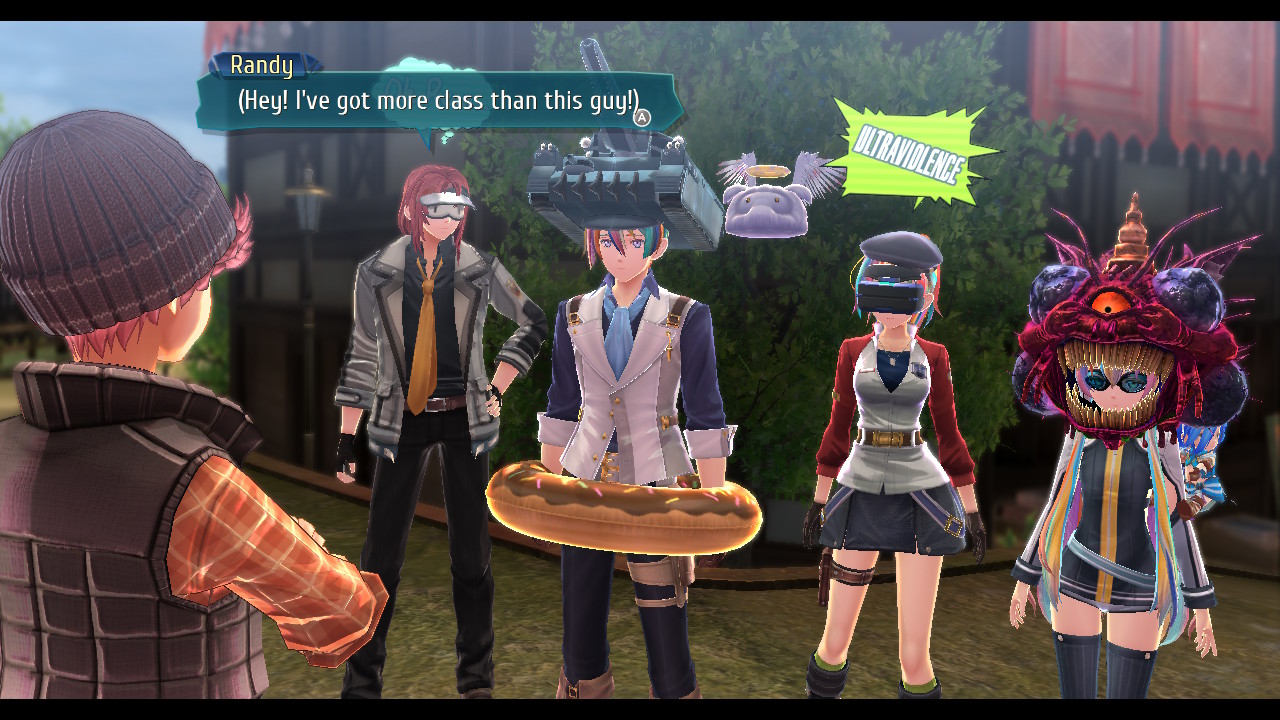 In the next part of this review I’ll cover the story and character developments as the Cold Steel saga closes out on Switch, but for now know that the Switch port is a solid place to experience Erebonia’s darkest hour.