The Legend of Zelda: The first quest

I recently sat down with my six-year-old daughter and loaded up The Legend of Zelda on Wii U’s Virtual Console. As a lifelong Nintendo fan and a child of the ’80s and ’90s, I’ve played through the game far too many times to count, and I can barely remember my own first steps in Hyrule. Like many Zelda fans, the world map is now permanently etched into my brain, along with the exact locations of every item, temple and secret in the game. So when the black curtains parted for the first time on my daughter’s adventure and she immediately went one screen to the right, my mind was blown.

It took every ounce of my willpower not to yell “Stop!”, and usher her back toward the cave at the beginning.

This is my flesh and blood, how could I let her venture out into a dangerous fantasy world with no way to defend herself? I bit my tongue, held back my wealth of knowledge, and tried desperately to remember the wonder and thrill of exploring this world for the first time. After a painfully drawn out beating at the hands of some nearby Moblins, she set out again, undeterred, for her second attempt. This time, without any coaching, she headed into the cave to meet with the old man for the first time. Sword now in hand, she wandered due east yet again, this time mashing that A button so fast and furiously that no enemy could possibly get near her. A few more deaths, some sword practice, and a whole lot of haphazard exploration later, my daughter found herself on the eastern coast of the continent, about as far as can be from the game’s first dungeon and piece one of the Triforce. 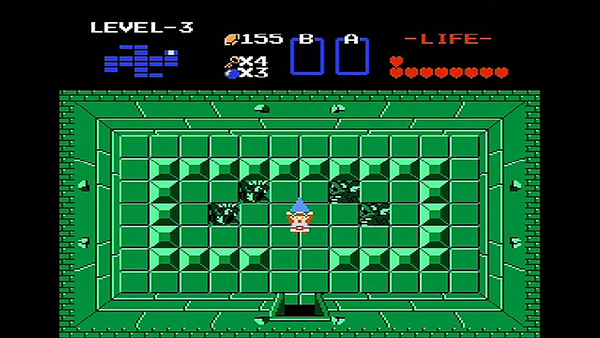 This magical, wide-open world had worked its immersive magic on her, just like it had on me when I was her age. Shigeru Miyamoto, The Legend of Zelda’s co-designer, experienced this sensation, too, while exploring the woods, fields, and caves around Kyoto as a child. His goal in designing Link’s debut adventure was to share this exciting sense of uncharted exploration with its players, and I had just witnessed his success.

Like it or not, The Legend of Zelda was designed with children in mind, though the lack of direction and the game’s difficulty might lead you to believe otherwise. Link himself embodies all three of the Triforce’s attributes– courage, strength and wisdom– and was designed by Miyamoto as a coming-of-age proxy for players to identify with. As the original silent protagonist, Link is imbued with these qualities not by dialogue or narrative, but through the challenges that he and the player conquer together. 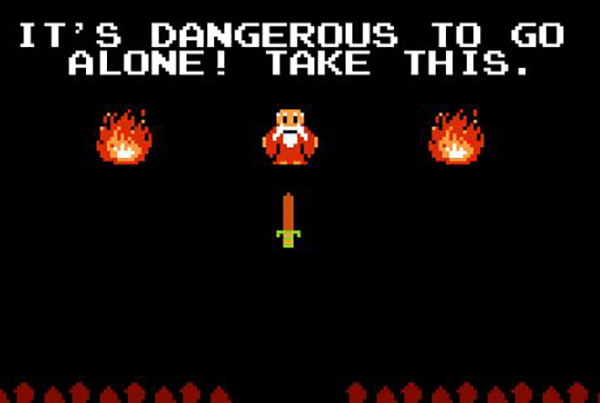 In this earliest incarnation of the Zelda franchise, the story was nothing more than a couple of pages in the game’s instruction manual. For those that took the time to read it, Link was given a bit more character, a bit more resolve, and a sense of purpose in this massive (for its time) and mysterious land. Despite its simplicity, this brief prelude depicted one of the most imposing incarnations of Ganon the series would see to this day, and allowed the world and the player’s imagination to fill in the narrative blanks. This subtle style of storytelling and character development was amazingly effective, but seems to be a bit of a lost art, these days.

Whatever audience Miyamoto and his collaborators targeted with The Legend of Zelda, it was soon apparent that its appeal was much broader than they imagined. Debuting alongside the Famicom Disk System in Japan in 1986 under the title The Legend of Zelda: The Hyrule Fantasy, it quickly became one of the system’s bestsellers. In 1988, Link made his North American debut, and was heralded with similar popularity and acclaim here in the United States. The Legend of Zelda would become the first NES title to reach a million units sold, and was widely praised for bringing RPG and adventure game elements to home consoles for the first time. 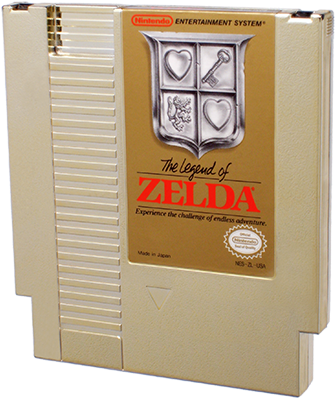 Even with all of this critical acclaim and commercial success around the world, I don’t think The Legend of Zelda’s creators could have imagined the impact their game would ultimately have on the industry. The main Zelda franchise is now nearly 20 entries strong, some of which sit comfortably among the most beloved games of all time. It’s impossible to discern how many other games and franchises have learned from and adapted the series’ ideas, but the entire industry is littered with evidence of its inspiration. In the run up to the release of Breath of the Wild it’s worth looking back at the birth of one of the most cherished and respected franchises in all of gaming – I implore you to set aside some time to revisit the title that started it all.