The curious similarities between Animal Crossing players and lab mice

Animal Crossing: New Horizons is nothing short of a cultural phenomenon. With this one entry in the series, Animal Crossing has gone from a niche (by Nintendo’s standards) yet successful franchise in The Big N’s portfolio, to one of the pillars of its library and at the forefront of its marketing efforts. The relaxing life sim’s success can be attributed in no small part to the game’s unprecedented level of player control and customization, along with its timely arrival during one of the most difficult eras in human history to date.

There has never been a more successful and widely praised entry in the series thus far, and yet for some reason, a very loud section of the Animal Crossing fanbase is actively disgruntled – snipping at each other on social media and harshly critiquing the game in excessive amounts. Why is this? Why is the most inclusive, customizable, and feature-rich Animal Crossing game in the franchise being berated with such frequency and vitriol? Some may simply brush off these malcontents as a vocal minority who have come with the more widespread success of the game, which is a fair assessment – this sort of occurrence is commonplace with other large fan bases which are often rife with angry gatekeepers and disgruntled “true fans.”

In the case of New Horizons, however, I think it can be attributed to something deeper and more psychological. I believe this influx of negativity can be traced right back to the very customization that makes the game so special; its greatest strength has in fact become its greatest weakness. After doing a bit of research, I feel that Animal Crossing players having near-limitless power over their island life has led to a phenomenon that a doctor by the name of John B. Calhoun called a “Behavioral Sink.” 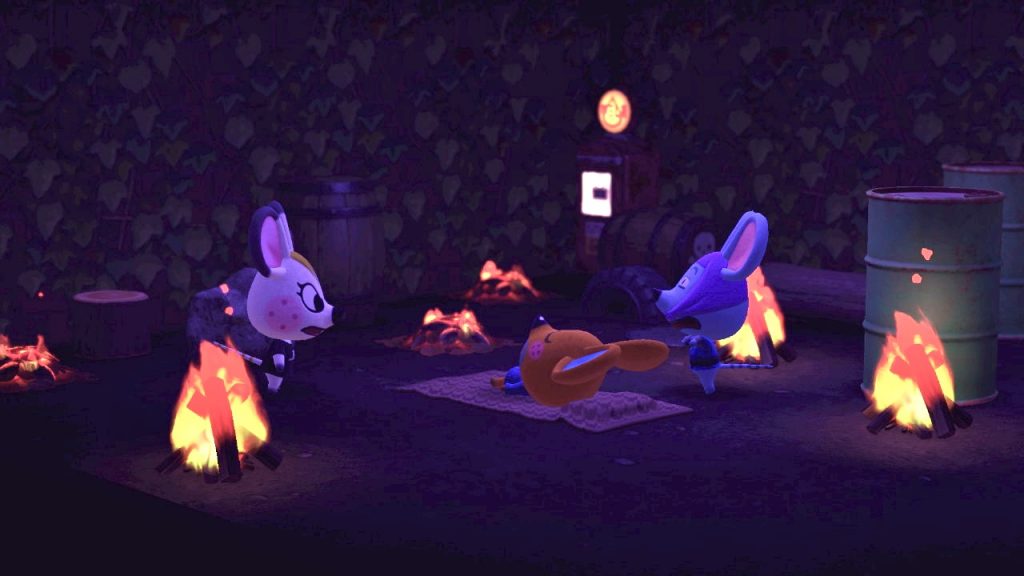 John B.Calhoun was a behavioral researcher who practiced in the mid-to-late 20th century. His most noteworthy theses were his findings while studying overpopulation in rodents. In his studies, he found that when given ample space, comfortable living conditions, and limitless necessities such as food and water, societies of mice that he built completely collapsed, ultimately resulting in extinction events. He called the events which led to these extinctions a “Behavioral Sink.” When left to their own devices with nothing to strive for, the behavior of the mice degraded (or sunk) to such a point that they stopped eating and even mating, instead turning to chaos and violence. There was one particular group of rodents that reacted differently to this chaos, however. Dr. Calhoun called this separate group of rodents “The Beautiful Ones.” Instead of taking part in the violence and bloodshed that was happening throughout the rest of the enclosed society, these mice withdrew from society and into the upper levels of the enclosure where they huddled close together and groomed themselves until ultimately dying of starvation.

Now, that’s obviously some heavy stuff for an article about a cutesy cartoon game with talking animals and an emphasis on peaceful entertainment, but stick with me for a second. 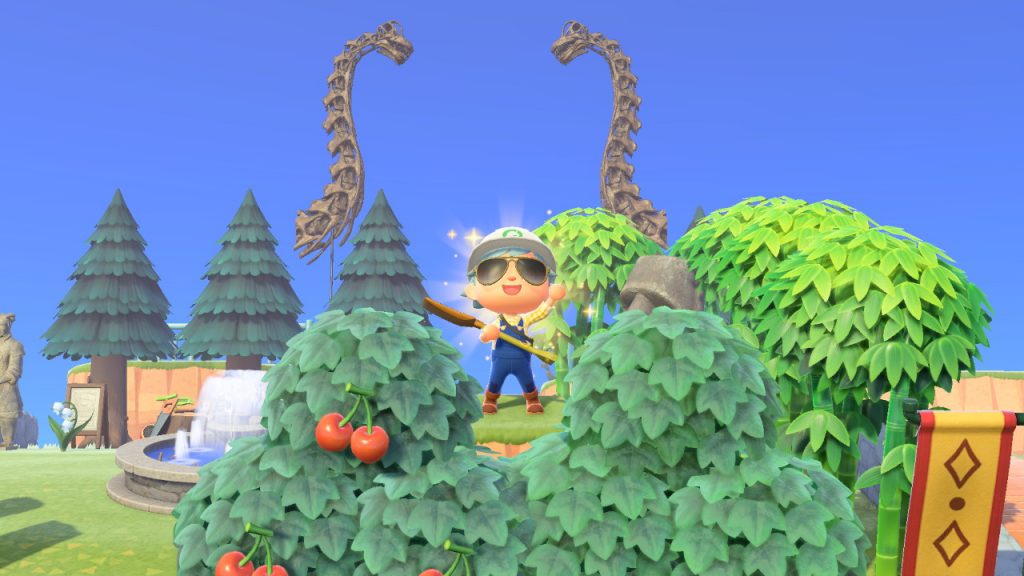 New Horizons’ predecessor, Animal Crossing: New Leaf, cast players in the role of the Mayor, which gave the player a fair amount of control over the village’s development. There were, however, quite a few limitations to what players had a say in. While the Mayor could decide on certain things such as when shops closed and where certain amenities could be built, they had no say in the overall layout of their village, nor where the villagers themselves took up residence. This led to the game having a very organic feel, as the player was inhabiting the role of a newcomer to a pre-established community.

This time around, players take on the role of the Island Representative, though I would argue that a more apt title would be Demigod of the Nook Inc. Getaway Package. From the moment players arrive on their islands, they have the power and authority to decide where villagers will live, where amenities will be built, and how nearly every inch of the island will be decorated. Once players have settled into their island lives and reached a three-star rating with Resident Services, terraforming is unlocked. In that moment, much like the Hawaiian demigods of legend, the player is granted near-absolute control over the rise of the land and the space of the water.

While this unprecedented player-empowerment is absolutely a great addition, it has caused an unexpected side-effect to occur within the Animal Crossing fanbase: It seems players have been getting bored of the game more quickly than any prior entry in the series.

Some may simply chalk this up to the more wide scale success this latest entry has enjoyed, or the influence of stay at home orders causing players to sink dozens of hours a week into a game that is meant to be played in short bursts. Whatever the reason, fans are getting bored fast. All it takes is a glance at any post from the official Isabelle Twitter page to see that boredom being expressed en masse. Cries for the return of Brewster, Kapp’n, and others abound, the demand for new events and content is through the roof, and claims of “this entry did it better” are egregiously common. 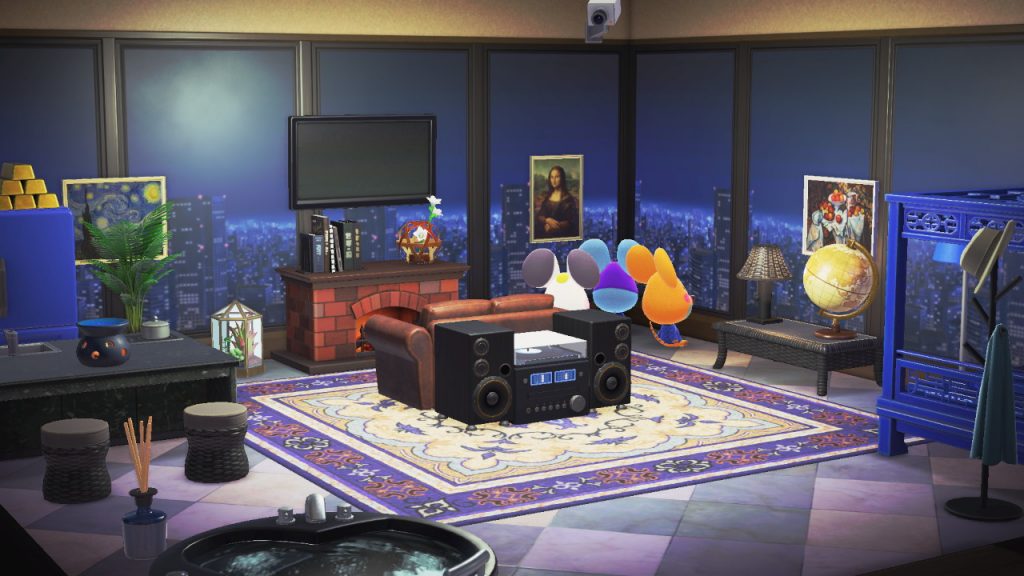 I believe what we are witnessing with Animal Crossing: New Horizons is something of a Behavioral Sink all its own. As it stands, the world around us is in a state that anyone reading this has most likely not experienced in their lifetime, with our real life society being about as chaotic and unsettled as it has ever been. This chaos has led many to turn to video games as a form of escapism, and few games have been as prevalent during this unprecedented time as New Horizons. As mentioned in the previous section, people are spending an exorbitant amount of time on their deserted islands – more than the designers of the game could’ve ever imagined during its production.

Animal Crossing players, much like Calhoun’s mice, have made an enclosure all their own within the game, and in doing so have simulated his experiment almost identically. Everyone plays games differently, yet there are two particularly prominent groups of Animal Crossing players when you look at those who speak out online.

The first group are the angry and dissatisfied players on social media, who after burning out from an excessive amount of playtime with Nintendo’s life sim, have turned to bickering with each other whilst shouting their discontentment for the game’s content at a cartoon Shih Tzu. Then there’s the second group, the people like my sister, who has returned from her umpteenth burnout of the game. As I write this, she is sitting on my bedroom floor, meticulously tending to her island as though it were a zen garden, well into her 775th hour of play.

What keeps happening to both of these player groups is burnout from having the power to do just about anything they’d like with the game, but spending so much time within its world, that there’s ironically nothing left to do. Their needs for choice and creativity have either been met or exceeded, and with nothing left to do, they’ve resorted to either frustrated venting, or endless grooming. 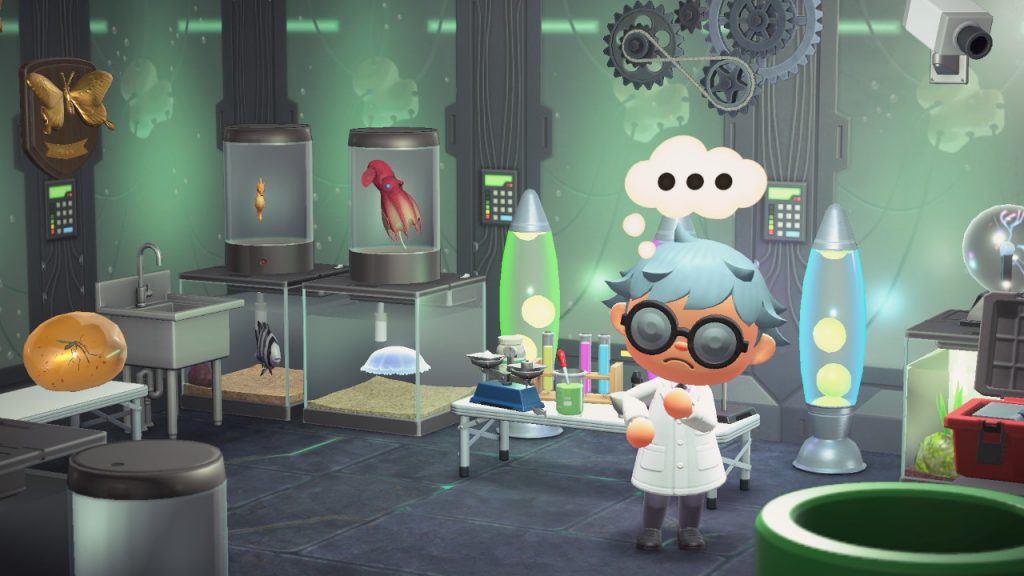 Unlike Calhoun’s mice, which at the end of the experiments were gone for good, players experiencing burnout with New Horizons can and often do come back to the game once they’ve had enough time away. Such is the nature of games, especially those with as much flexibility and player-empowerment as Animal Crossing: New Horizons. What’s fascinating is the fact that this adorable life sim has unintentionally shown the importance of purpose as it applies to the human condition. We all need something to reach for, to grow into, and to become, because without that need to become, we simply end up stagnating.

The mice in Dr. Calhoun’s experiments may have been destined for collapse, but where we differ from his test subjects is that we can try again. When we hit a wall both in our games and in our lives, it’s important to remember that there’s always something else to strive for and something else to accomplish.

So enjoy your life and don’t stop striving for more, or you might just end up flattening your island while crying for the return of Brewster… again.