Welcome to Speedrun Sunday: that sadistic time of the week when we dare to challenge both your D-pad’s durability and sanity’s stamina with the ultimate test in video game bragging rights.

Hot off the red clad kicks of our super Sonic Mania challenge comes yet another enchanting run that’ll give neither calm nor quarter. That’s right, fans of cerulean courage and 8-bit bravery: We’re digging through the dirt in hopes of unearthing the hastiest heroes Shovel Knight has to offer.

Who can fell the Black Knight the fastest as the Blue Burrower himself in the Challenge Mode rematch?

Our claim to fame is 0:22, which shouldn’t be too hard to top for the most diligent of diggers among you. The azure adventurer with the fastest time by 12:00 a.m. PT will win a coveted $10 eShop card (North America), along with the illustrious title Champion of Shovelry. 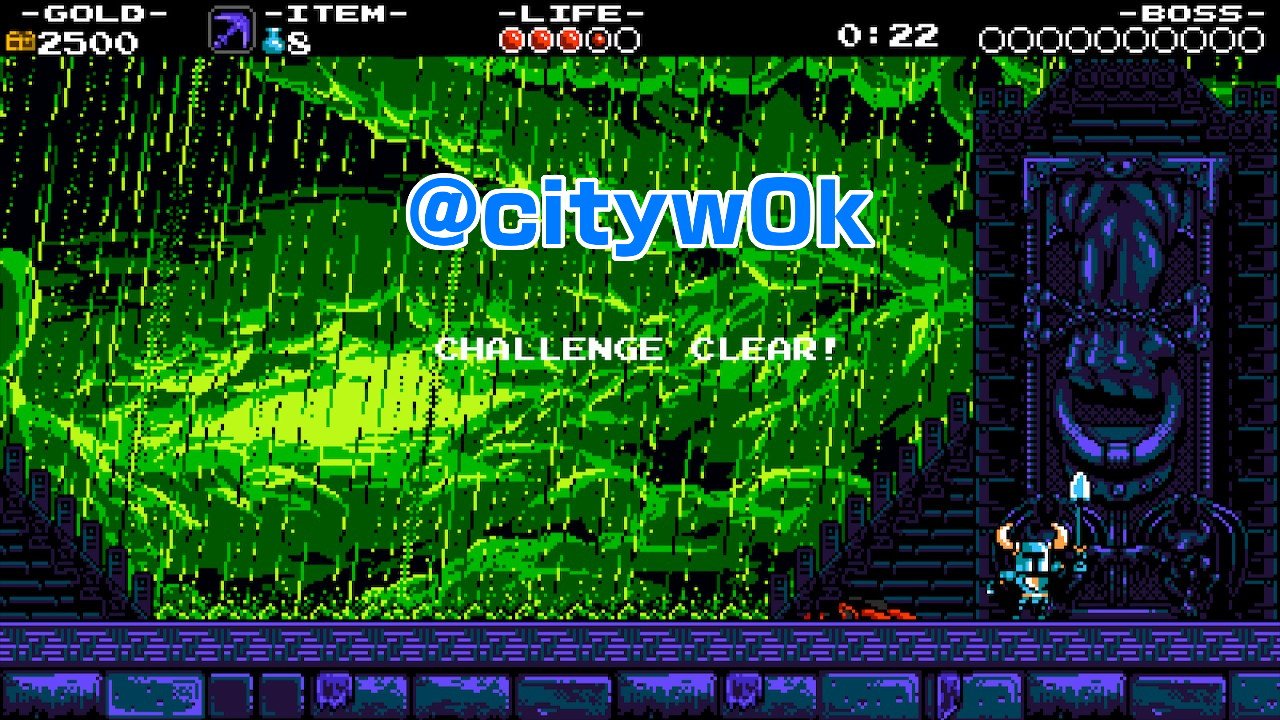 We’ll be keeping score right here in the article all day, too, so you can easily keep track where your top rivals rank. Also, feel free to tune in to our Shovel Knight livestream at 5:00 p.m. PT where I’ll personally be contending alongside today’s top competitors for fame and glory.

So whaddya say? Hoping to snag a spot in the hallowed Hall of Champions? To quote the enigmatic Black Knight himself, “Steel thy shovel!”