The SteamWorld franchise is a toy box for its developers at Image & Form. That’s what I was told when I visited Thunderful, the studio’s new publishing arm set up in conjunction with several other teams, last week. This approach is evident in all of the SteamWorld games so far — what started as a simple tower defense game available through DSiWare has branched off into exploratory mining and interstellar heists. All of it has led up to Image & Form’s latest venture, SteamWorld Quest, which is looking like the team’s most ambitious venture yet.

A Song of Cogs and Steam

SteamWorld Quest transplants the franchise’s tried and true steampunk aesthetics into a traditional fantasy realm, and just like previous games it’s absolutely gorgeous, with a presentation that seamlessly blends the rustic sputtering of old technology and slick animation.

The demo I played through was the very start of the game, with only with the opening cinematic being cut due to some intriguing spoilers. What’s most apparent immediately is how it gets right to the action — Armilly, a knight who narrates her own adventure, and Copernica, a mage who dropped out of her college, plunge right into the adventure. While the story will have a central conflict, I was told that much of the game’s storytelling would focus on each character’s individual stories, and it seems like screen time will be shared quite a bit between them — you can even toggle who’s running around the overworld with a tap of the L button. The developers were planning to have party members follow you around, specifically namedropping Paper Mario as a point of comparison, but the chain of characters that would form apparently made the screen a bit cluttered. 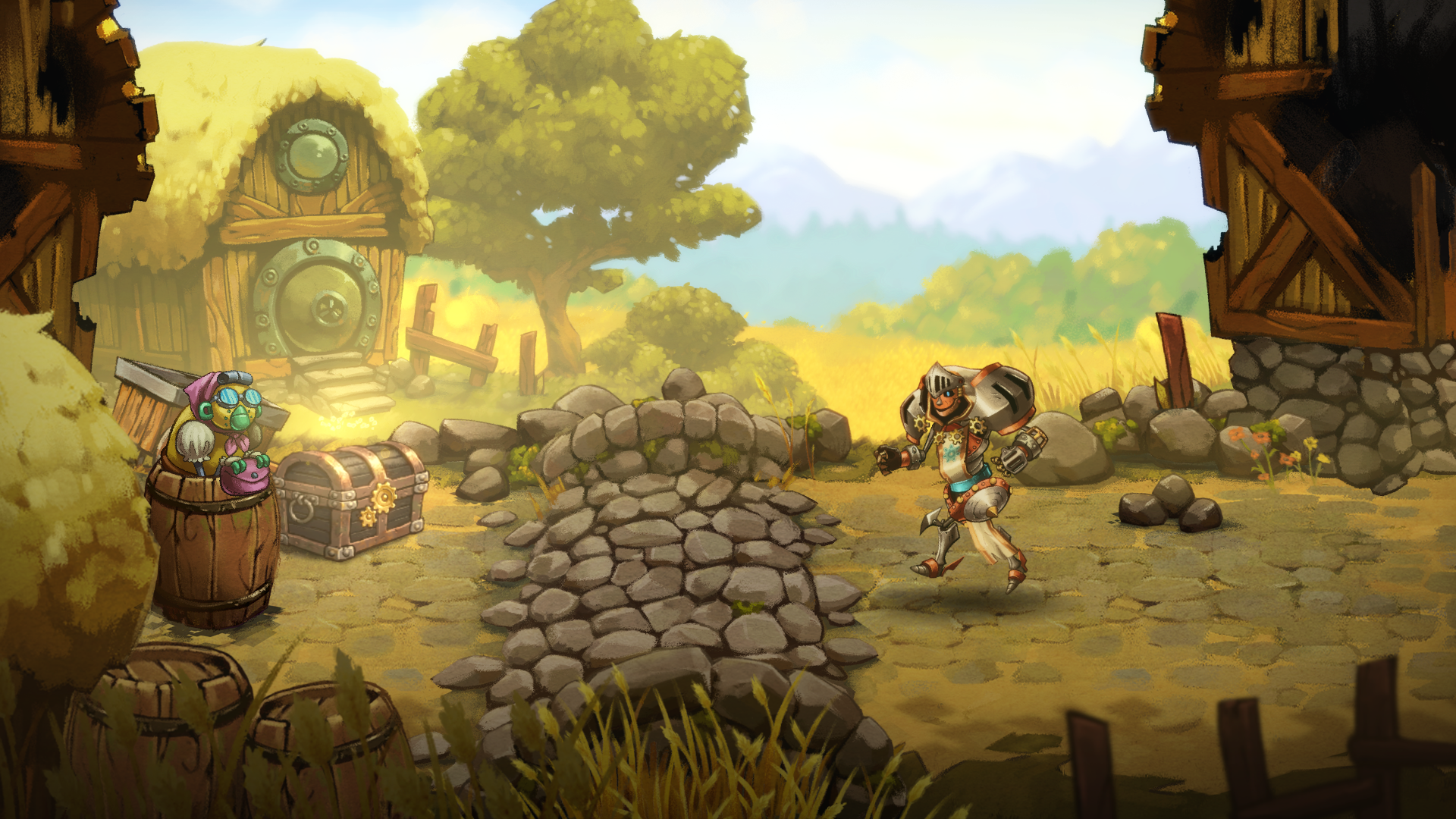 You can still feel Paper Mario’s influence throughout the game, however. From the chapter segmented progression, to the sense of humor, and even the combat systems, Image & Form has taken what Nintendo established and applied their own vision.

There are no random encounters in SteamWorld Quest. Instead, enemies walk around the environment, and you can get an early hit in if you’re fast enough. Then you’re taken to the battle screen, which has a heavy focus on cards. Personally, I’ve never been a huge fan of card-based games, but SteamWorld mitigates most of my typical frustrations. You build your decks out of battle, which can include physical attacks, support abilities, and magic spells, and you get them randomly shuffled. If you don’t see a card you want, however, you can hold down the X button while hovering over a specific card and swap it out for another in your deck, up to two times per turn. 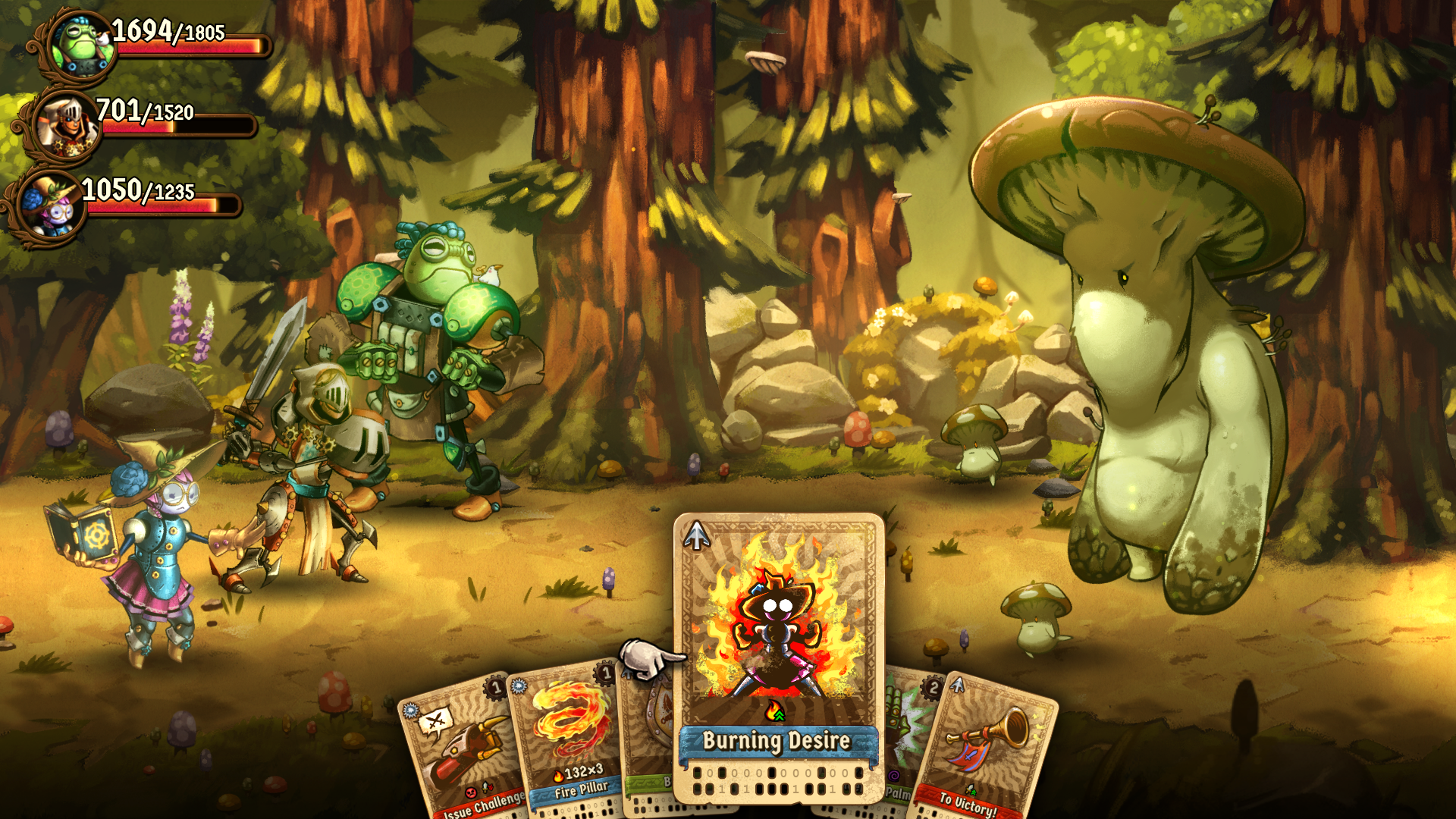 So, instead of growing frustrated with a dwindling card selection, you must simply make a decision: do you have enough cards to build up your Steam Gauge, which enables you to use more powerful ability cards; or do you go all in with a Heroic Chain by combining cards of the same color? It keeps battles engaging, avoiding the familiar RPG trap of repetitively selecting the same attack option over and over again to wipe out enemies without thinking.

One cute touch is that Image & Form isn’t shying away from showing their fondness for the games that have inspired them. Early on you fight two soldiers, Wiggs and Budge. Needless to say, if you’re a Final Fantasy fan, you know what they’re getting at.

It’s also worth noting the game’s fantastic soundtrack. Outside of the gorgeous main theme, every other track in the game was provided by a single composer, who is a student at that! It’s hard to tell, with the bombastic battle themes in particular being on par with most other RPGs out there. Then there’s the voiceover — during most dialogue scenes characters simply talk through very Chibi Robo-esque chirps, but I was told the game would feature full voiceovers during the aforementioned cutscenes, with voice talent plucked from Sweden, which is sure to give the game a unique flair. 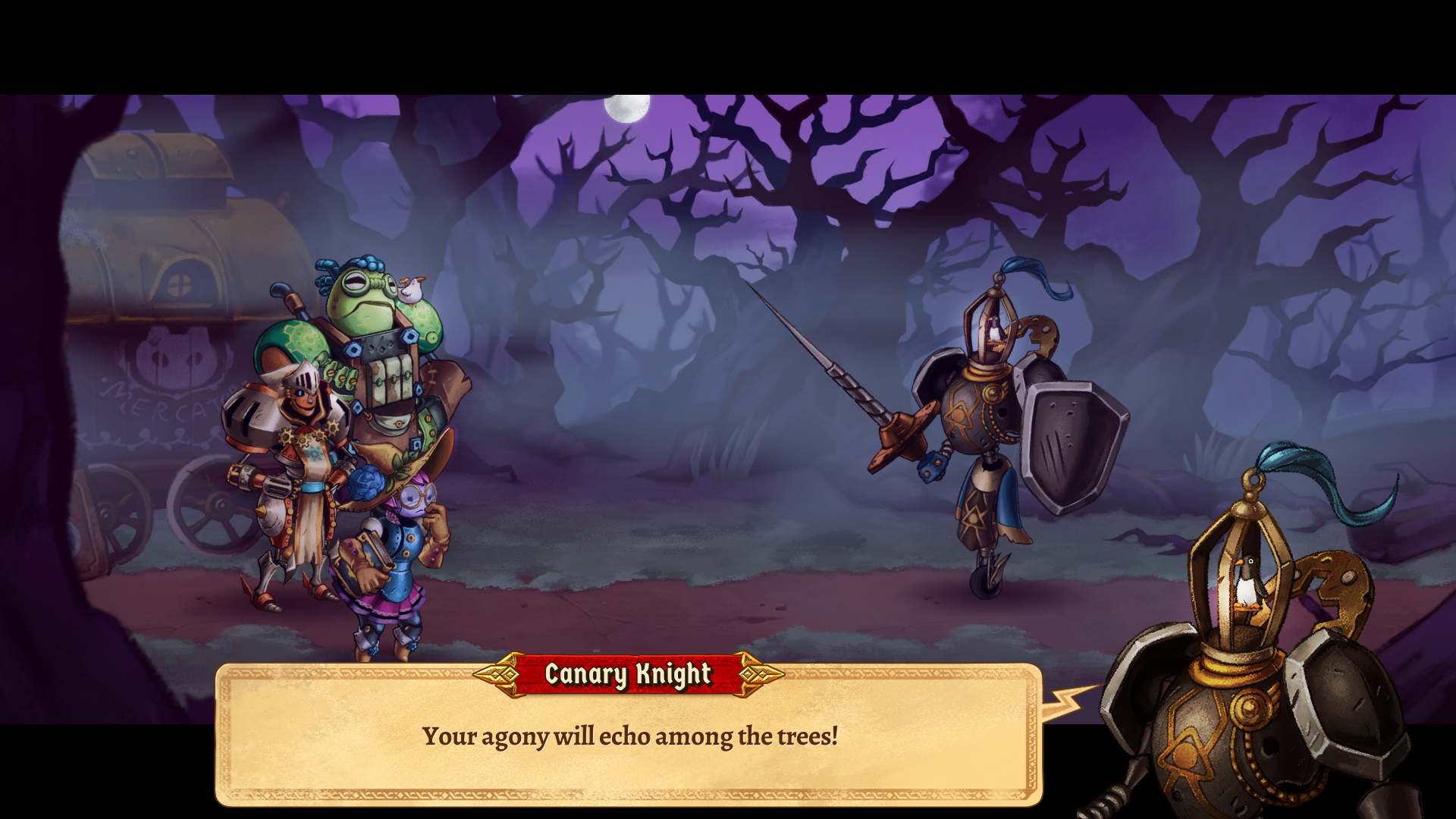 The world you explore may seem simple at first, segmented into clearly identifiable rooms on the map, but there are plenty of secrets to find. In one example, breaking apart some boxes and walking through the wreckage led me to a secret area filled with scared villagers, and some unique dialogue. There was no obvious sign that they were even there, so the player is very much rewarded for exploring.

Walking around the world is also made very easy, thanks to the ability to speed up gameplay at any time by holding down the ZR Button. As you can revisit earlier chapters later in the game to explore areas you might have missed, this sort of feature is a godsend.

I couldn’t resist asking about the company’s plans for merchandise and the answers I got are sure to please fans of the SteamWorld universe. Not only are Image & Form collaborating with Fangamer for t-shirts and more, but the upcoming Thunderful Store will be offering physical editions of the game.

Of course, that led me to ask something of a burning question: has Image & Form ever considered amiibo? It turns out they have in the past, but it sounds quite difficult for any indie studio to push through with it, with figures in particular requiring unique approval in multiple different territories.

Most intriguing, though, was learning that the studio even considered amiibo cards for SteamWorld Quest. Given the punch-cards that make up the game’s battles, it seems like it would have been quite the fun collectible, but sadly it never came to fruition. 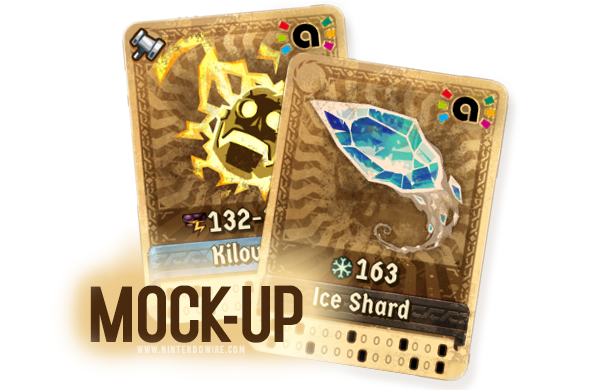 SteamWorld Quest started as a short project for Image & Form, but it’s become a lengthy quest indeed. Just before I left my session with the game, I was told that the game is essentially the world’s first Swedish JRPG, and from what I’ve seen so far, it looks like it could be a brilliant debut.