Preview: Puyo Puyo Tetris 2 is everything I loved about the first game and more

During the Switch’s launch window I had my eye on one game more than any other. Puyo Puyo Tetris had been a localization wish of mine for a long time, and seeing it confirmed for a North American release paved the way for it to be my earliest obsession on the system.

Of course, that was back when the Switch didn’t have nearly as many offerings. These days I’ve poured hundreds of hours into heavy hitters like Super Smash Bros. Ultimate and Animal Crossing New Horizons, and newcomer Hades is creeping up on my Puyo Puyo Tetris playtime.

That crossover may not see much more play on my system, though, because I’ve been graced with a sequel that builds off the foundation of the original in practically every way. Thanks to Sega I’ve spent my weekend playing Puyo Puyo Tetris 2, and I’m pleased to say that the puzzle mash-up is back to take its crown.

Much of the press for this one has focused on its new Adventure Mode and the new (in the west) Skill Battle. While I can only talk about the story’s first chapter, everything I loved about the original PuyoTet campaign is still present. While there is some ground to retread as characters reacquaint themselves, the charm and humor that graced every line of the first game returns.

The plot concerns Marle, a mysterious character out to spread the “fun” of battles who’s seemingly brought the many Puyo Puyo characters and their Tetris themed guests back together. With her comes Skill Battle, previously seen in the unlocalized Puyo Puyo Chronicle. 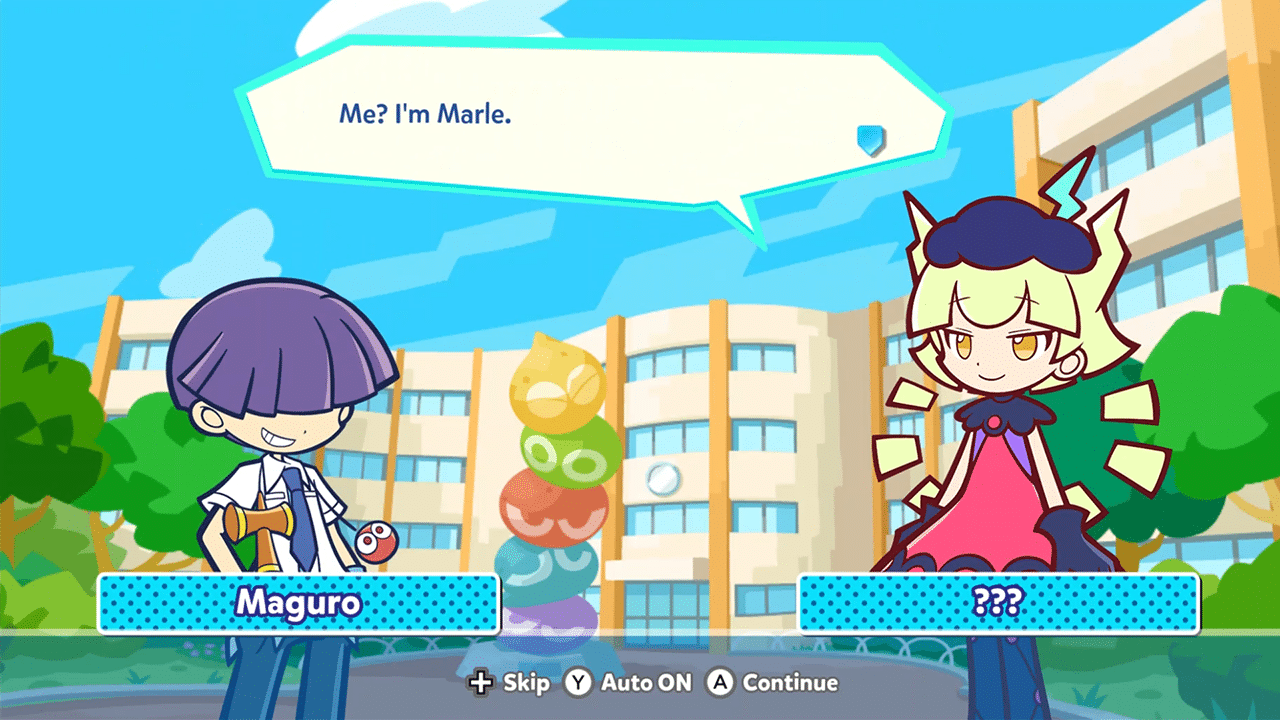 While Swap (where your board switches from Puyo to Tetris and back again repeatedly) was the marquee mode of the first game, it didn’t exactly grow beyond its (strong) core concept. Skill Battle addresses that by allowing you to unlock more characters and skill cards, constantly gaining abilities and improving your stars. They’re RPG-lite elements, and the puzzle action is still front and center, but it still deepens what’s on offer here.

While those may be the most immediately noticeable additions, there’s added polish to be found in the entire package. Spells (the animations characters flash when they complete Puyo chains or Tetris techniques) get bigger and flashier, like when you complete a Tetris. Other modes have taken cues from Puyo Puyo Champions, like with improved Lessons to help you learn or practice the multiple play styles. 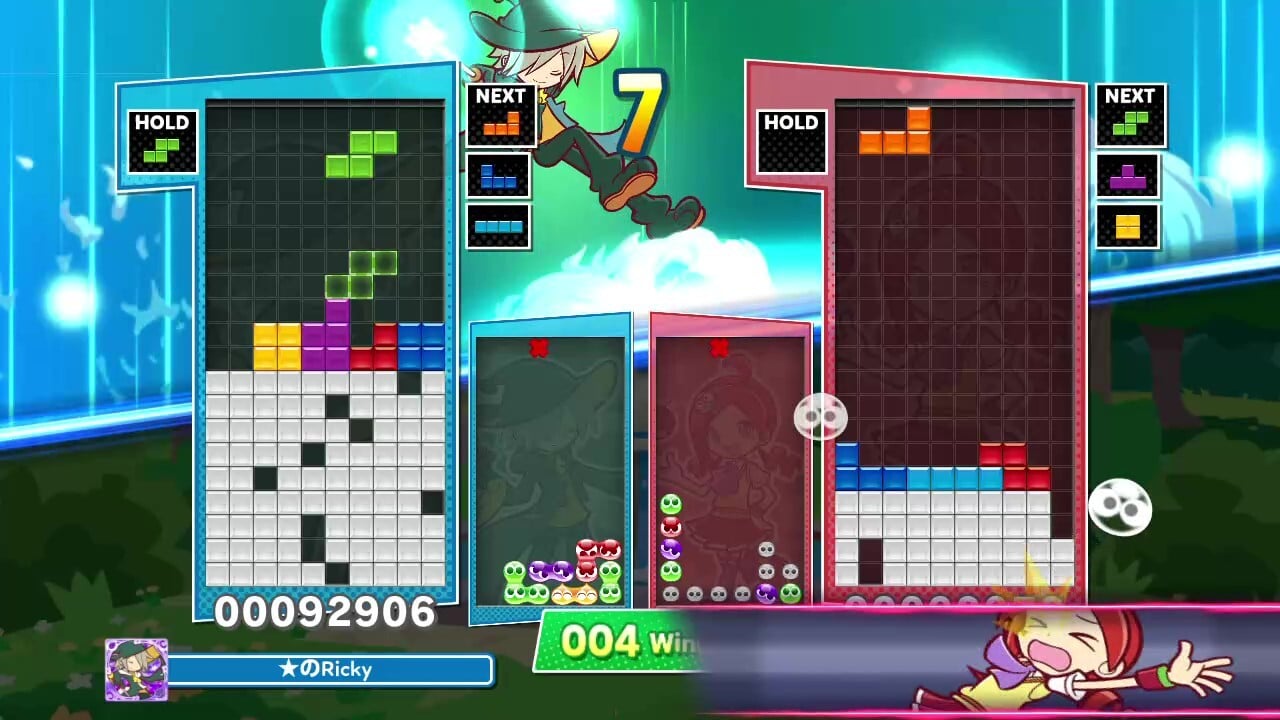 So far Puyo Puyo Tetris 2 has drawn me back in by being everything I enjoyed about the first release and more. That’s sure to win some people over, and Sega has made it known there will be content added to the game post release – something the first Puyo Puyo Tetris lacked. 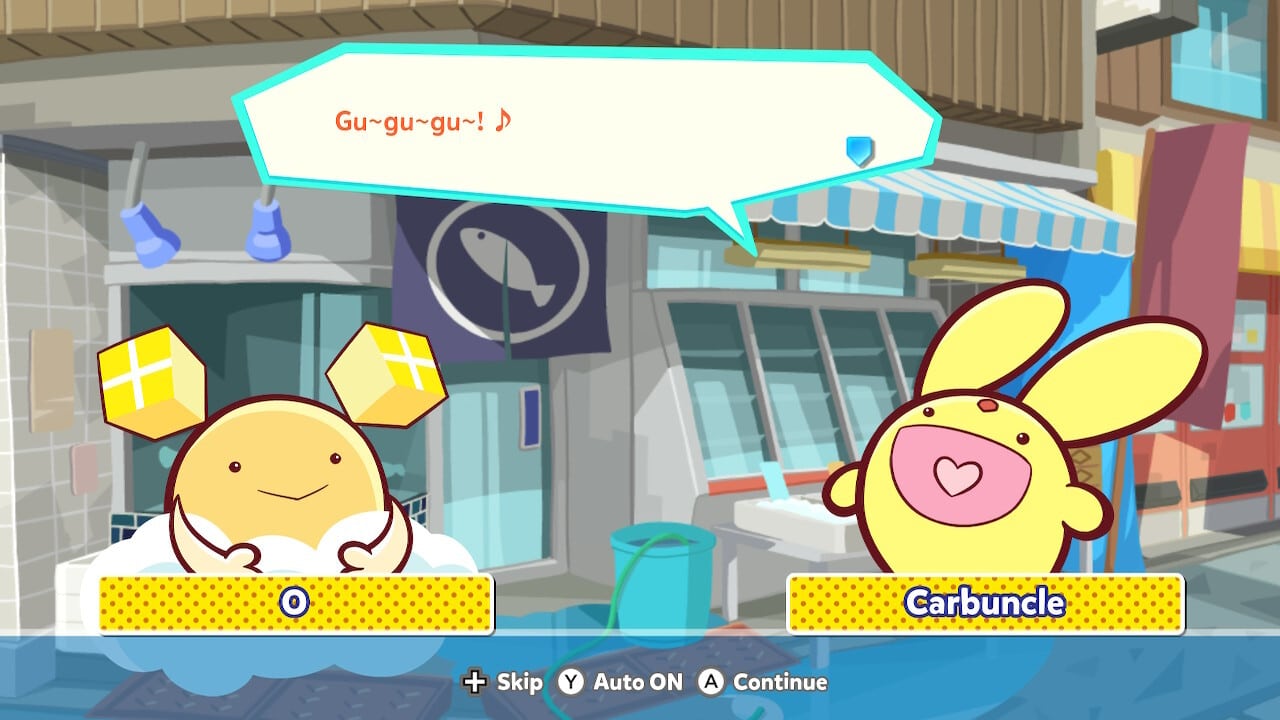 The most important distinction to make here, though, is that this is a Puyo Puyo Tetris made for current systems rather than being a forward-port like the first one. Likewise this is a world where both Sega’s attention to the series in the west is higher than ever, with a still growing but loyal fanbase supporting it. If my first impressions hold, this is a game even the most casual of puzzle fans will need on their system of choice.