While Pokémon is the bread and butter of developer Game Freak, the company has always had its smaller experiments, whether it be the GBA platformer Drill Dozer or the rhythm-focused 3DS eShop title HarmoKnight. In recent years they’ve moved away from Nintendo platforms with these spin-offs, with Tembo the Badass Elephant and Giga Wrecker making their debuts on Steam. That’s changing soon, however, with the latter finally making its way to a Nintendo system with Giga Wrecker Alt.

Publishing of the updated version will be handled by Rising Star Games, in conjunction with Thunderful, and it promises quite a few changes over the Steam version. So, let’s jump right in…

Giga Wrecker’s setting is more than a little apocalyptic, with decaying buildings, malfunctioning technology, and suggestions that most of the surviving populace is put to slavery, but that’s not to say it’s a depressing affair. In fact, it’s quite jovial, with a lot of its story being delivered with tongue planted firmly in cheek.

You play as Reika Rekkeiji, a girl who winds up getting crushed beneath a building within the opening moments of the game, only to be rescued by a mysterious girl and restored into a cyborg body by Dr. Kozuki. Despite her dire circumstances, the tutorials are played for laughs more often than not. Apparently the game has seen a localization overhaul since it first released, and it’s definitely given the game more of a charming personality. 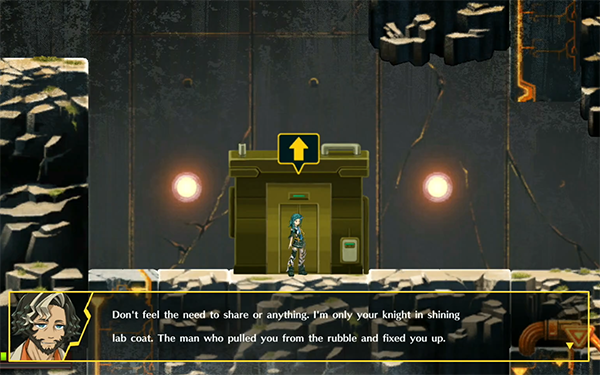 Unfortunately, in the demo I played there was little to no voice acting, something which would have really helped deliver some of the tutorials and jokes. As is stands, you’re stopped in your tracks, but there are thankfully handy tutorial tips that stay on screen.

The core gameplay in Giga Wrecker focuses on the accumulation of nanomachine-coated junk. By hitting enemies, or destroying certain environmental obstacles, you scatter the orange-colored particles, whcih can then be recalled with a tap of the R button. This gives you an orb of junk over your head which you can swing to more successfully break through your foes, some of which require being hit with a sizeable junk pile to take any damage at all.

During my demo time, however, I found the recall mechanic to be used most for puzzles, as early on Reika gains the ability to form structures out of her accumulated trash, like a handy square that can weigh down scales or provide a handy platform for jumping to once-unreachable locations. One new feature added to Alt. is a robot buddy who is eager to help Reika, something which is sure to come in handy as the physics-based puzzling can be quite mind-bending at times. 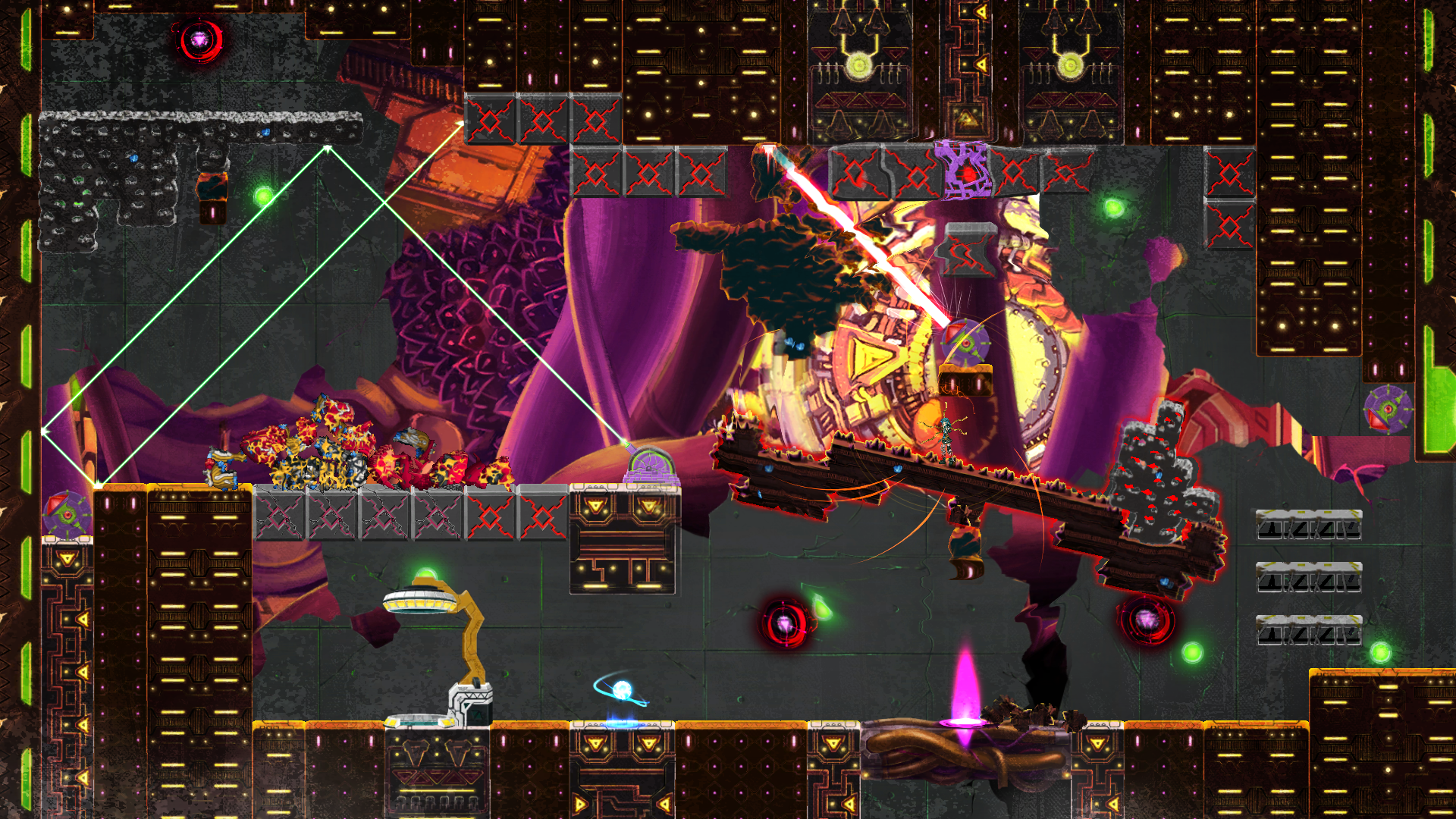 If you do mess up, though, all is not lost, as Reika can travel back in time in certain rooms to reset physics objects back to the way they were when you first entered the room. Unfortunately, there was a rather lengthy load each time I did this, which will hopefully be smoothed out as we approach release.

I went into Giga Wrecker Alt. expecting something simple; an experiment with little substance. Yet, while it’s certainly not on the level of Game Freak’s prized Pokémon mega franchise in terms of scope, it’s shaping up to be a solid puzzle-platformer with a great sense of style and humor. Hopefully all of the stray bolts will be tightened up once the game launches on Switch later this year.