I grew up with a healthy number of classic game franchises, but there are some that I didn’t really get into or understand until relatively recently. Mega Man is one of them — I’ve played the first two on NES, but that’s the extent to which I’m familiar with the Blue Bomber’s exploits. And I enjoyed those games well enough, but I can’t say they particularly clicked or resonated with me.

So it’s from that relative-newbie perspective that I tried Mega Man 11, Capcom’s latest in the classic series and the most modern looking and feeling entry it’s ever had. And while I wouldn’t say that the 30 to 40 minutes of game time I had forged me into a Met-melting aficionado or future devotee, it definitely warmed my opinion and made me consider a game that I hadn’t put much thought towards before.

Mega Man 11 is, at its core, like many iterations of the franchise. There’s the robot masters, the sliding, the jumping, the shooting, the pellets, everything you’d think would be in. I tried my hands at two stages: the (at the time) just revealed Impact Man and the electric Fuse Man. Both stages felt like Mega Man should, in that I died a lot in the same place because I’m stubborn and bad. 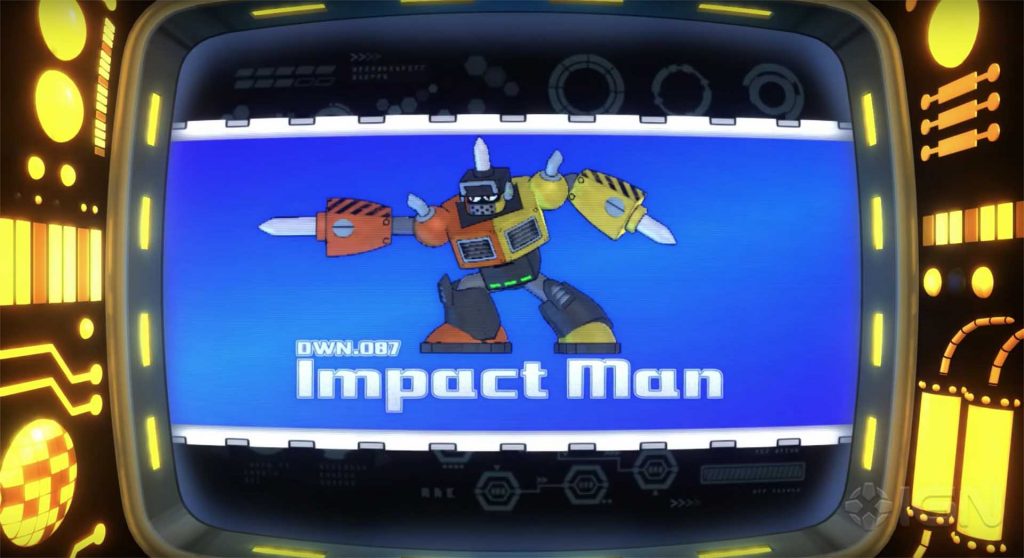 What struck me at first was how nice the game looked. Mega Man 9 and 10 were intentionally done in 8-bit style, so this is by far the most modern the series has ever looked, dwarfing Mega Man 8’s graphics by a long shot. While 2.5D graphics can be rough at times, it was clear that the angles, lighting, and modeling were carefully done to evoke a 2D feeling. It’s almost comparable to Guilty Gear or DBFZ, and I think the fact that it elicits that kind of comparison is remarkable in and of itself.

Actually playing the game took a bit of getting used to. Slide and charge shot mechanics were new to me (though I imagine they’ll be a welcome return to vets) as was having a dedicated button to activate Rush. Some other changes were more appreciated — the ability to swap weapons with triggers was definitely welcome after remembering the tedium of pausing every time I wanted to switch. The weapons I had access to felt a bit more unique than what I remembered as well — from a rain of blocks to a close-ranged charge forward.

The truly new mechanic in 11 is the Gear System. You can activate one of two gears at any given time — one slows down time to help you dodge and maneuver more effectively, while the other boosts your Mega Buster to deal more damage. You can even activate both at the same time to get a huge leg up! While the Gear System doesn’t drain a finite resource, it does run the risk of overheating if used too long/continuously, forcing you to take time before you can utilize its benefits.

The Gear System is balanced in a very particular way that makes it beneficial but not broken. It heats up at a faster rate than it cools down, activating the Power Gear while you’ve got a shot charged resets your buster, and activating both Gears (obviously) heats it up at an insane pace. While it definitely saved me in a pinch, I couldn’t abuse it constantly to progress, having to rely on classic skills to move forward. 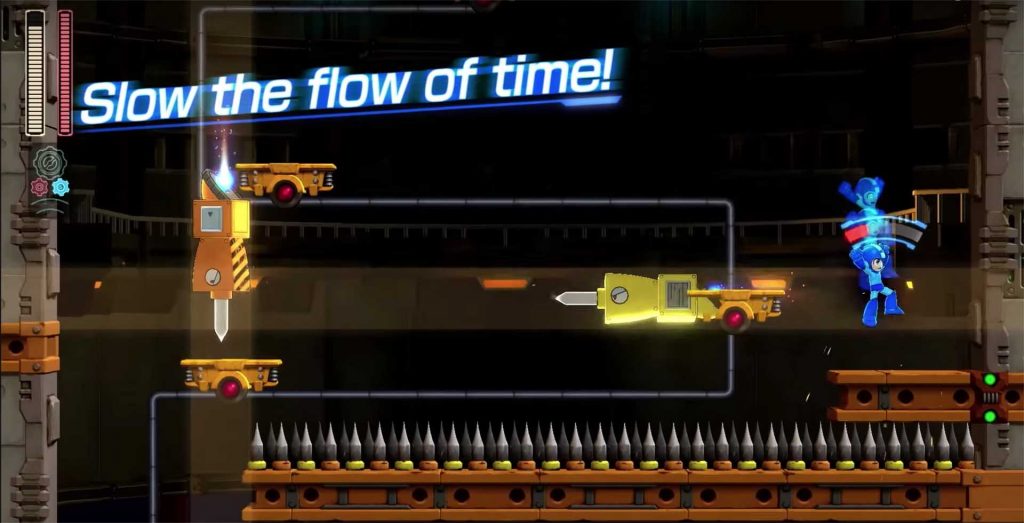 Another thing that struck me about the demo was how the non-Buster weapons felt more useful than I remember in older titles, particularly against certain minibosses. In Impact Man’s stage, I fought a crane piloted by a Met that became significantly easier once I tossed some blocks on it instead of just sticking to my typical buster. I hope that kind of weapon balance extends to the main game as well.

I Game Over’d before I could reach Impact Man, but managed to reach Fuse Man with a couple lives intact. The boss battle seemed structured around the Gear System — after a bit where he moved about to fixed locations and fired, Fuse Man would become lightning fast and zip all over the place, necessitating the use of slowing down time. While I was ultimately defeated by him and his COMPLETELY UNFAIR TACTICS, it certainly made me curious to see how the other Robot Masters will require the Gear System.

While I would say that my passion for the Blue Bomber hasn’t been set ablaze by my time with Mega Man 11, it certainly has been kindled. The injection of some much needed quality of life features alongside a nice graphical look has made me add the game to my list of future purchases, and who knows? Maybe this will be the title that makes me wanna rock his other titles.

You can download a Mega Man 11 demo for yourself on the eShop right now.