Welcome back to the PAX West Fifty-Game Frenzy, where I run down a grand total of 50 Switch games I played at PAX and you can decide which ones pique your interest! Last time we kicked things off with a look at some prime Nindies on the way, including ones shown off in late August’s indie showcase. This time around we’re focusing on what publisher Devolver Digital brought to the convention, as well as a throwback for you Sega Genesis fans in the audience. Without further ado, let’s dive in! 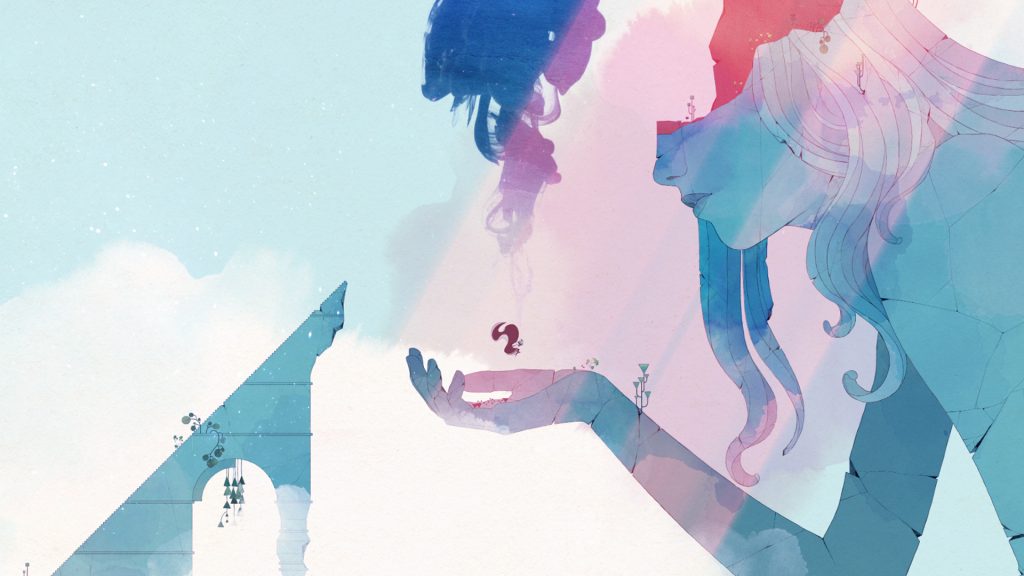 Some games are pretty. Others are breathtakingly gorgeous. When GRIS (Spanish for “gray”) was revealed a couple weeks ago for Switch, I was immediately hooked by what has to be one of the most beautiful art styles I’ve ever seen for a game. I was very glad to get my hands on it at PAX, because it feels just as fluid and airy as it looks.

While not really containing a failure state or anything overly challenging, the demo of GRIS was simply wonderful just for the sheer spectacle. Coupled with some light Metroidvania elements and a mesmerizing score, it looks to be a feast for the senses, and now one of my most hotly anticipated indie games of the year. If you’re into narrative or art focused games, definitely take a look at this one: you won’t be disappointed.

Diametrically opposite GRIS is My Friend Pedro, which could perhaps be best described as “John Wick: The Game.” The game consists of a hitman and his talking banana friend — the eponymous Pedro — as they go on a murderous spree in the most ludicrous way possible. There’s bullet time, dual aiming in opposite directions, and the ability to dodge by pirouetting like a ballerina.

The game plays a bit like Tony Hawk games, except instead of busting sick ollies, you’re flipping around in midair firing SMGs. Which isn’t really like skateboarding at all. But the combo based scoring system is quite similar, and I can only imagine the crazy stunts and scores that can be pulled off with the game’s smooth moves. It’s all summed up quite well in the My Friend Pedro’s tagline: “Blood. Bullets. Bananas.”

Developer: Doinksoft | Release Date: 2019 | Price: TBD | Website: Barren at the moment, so check their Twitter
Monochromatic “CatMechtroidvania” starring a pet kitty who hops into a mecha to save her owner. 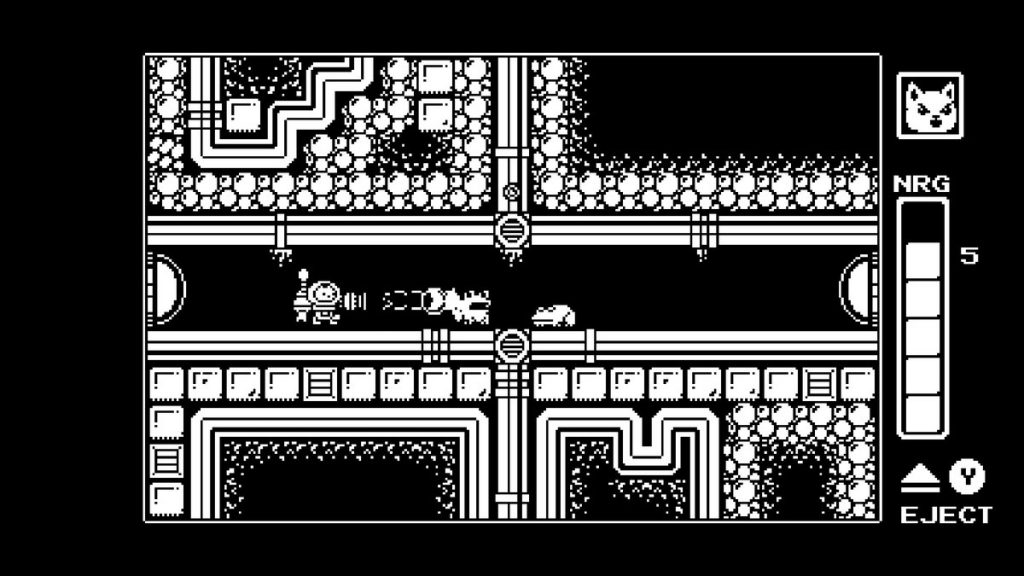 A surprise announcement at PAX, Gato Roboto definitely felt the most Devolver-y of all their games that I played. Upon causing her owner to crash into an alien planet, the kitty Kiki must don a suit of power armor and explore the landscape to help rescue him. Basically, Metroid, except Samus is a cat. So objectively better.

Besides its simple graphics, the game’s overall feel is spectacular — sound effects have a punchy, static quality that makes them all the more visceral, and the sparse amounts of writing are cute and silly. While I do worry about getting lost without more distinct environments (I played the original Metroid II, that crap was impossible without an external map), the total charm makes this a definite looker for any Metroidvania fan. 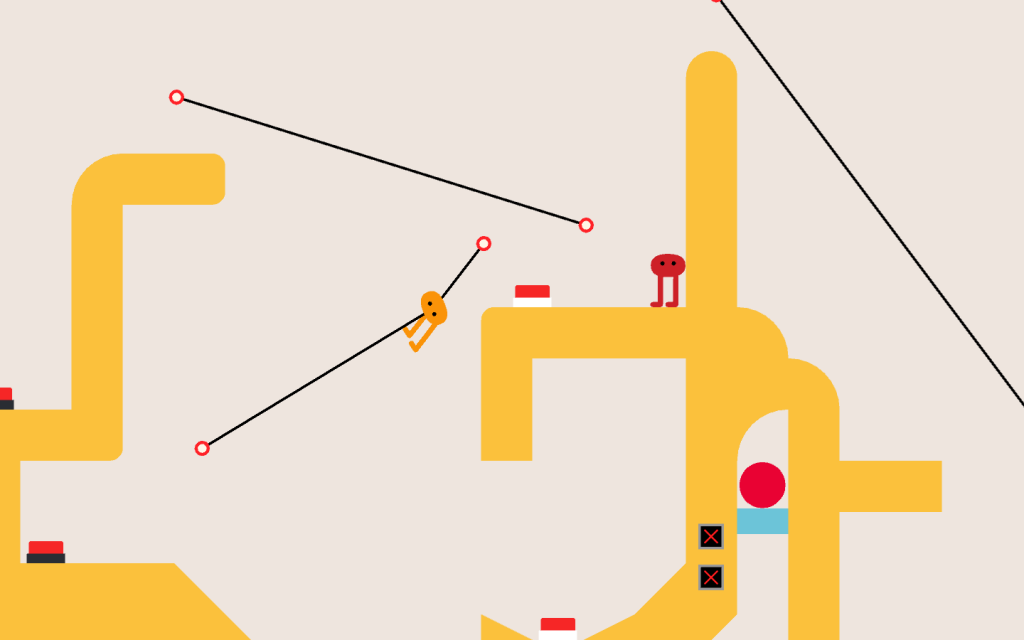 There was perhaps no game stranger I played at PAX than Pikuniku. With an art style somewhat reminiscent of Katamari Damacy, the title also adopts said game’s penchant for deep societal metaphors, showcasing a vast conspiracy pulling strings in a world that seems all too eager to swallow lies. It’s also a simple little game about helping people with their problems. Honestly? That’s my aesthetic right there.

Featuring silly, slightly janky controls, you control a mysterious “beast” who frightens the villagers despite your adorable little stature. It’s honestly a little hard to describe what makes Pikuniku click so readily, but something about the juxtaposition of wholesome niceties and puzzles with a strangely relevant narrative made it stand out. Give this one a look if you’re into the weirder, experimental kind of game.

ToeJam & Earl: Back in the Groove 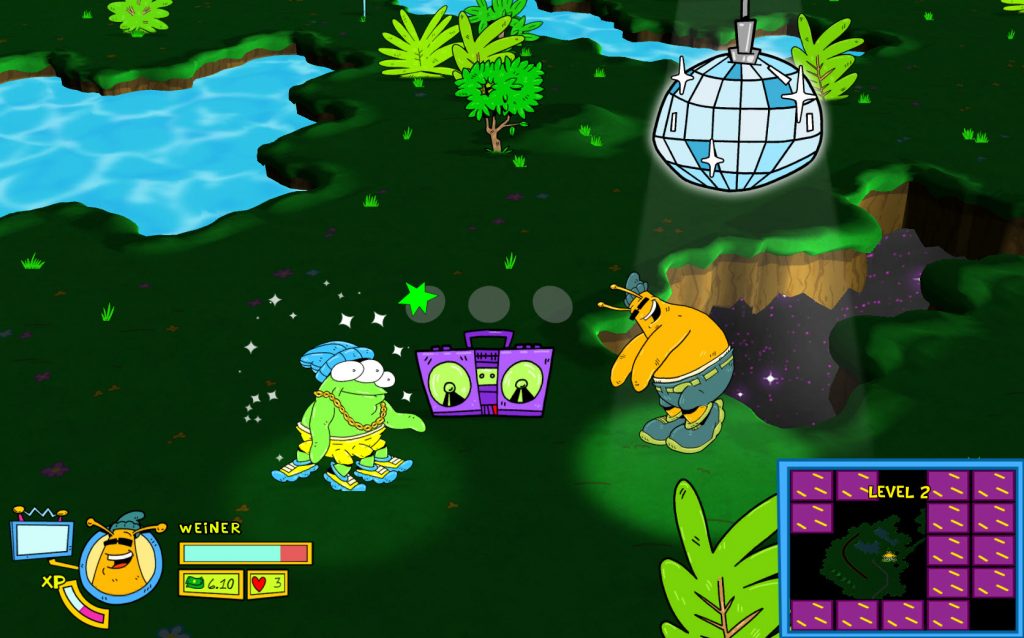 Despite the Sega Genesis being my first game console, I pretty much only played Sonic — which is why ToeJam & Earl: Back in the Groove is a new novelty to me. Based heavily on the original 1991 classic, the game consists of the titular alien heroes (or one of several other characters) in a quest to find their spaceship parts and get out of Dodge. With an artistic sensibility that is very reminiscent of the time of the originals, it certainly feels like a nostalgia trip to a different age.

The lack of real combat — necessitating avoiding enemies rather than defeating them — took some getting used to, but it ended up providing a very unique gameplay experience I’ve never quite seen before. The fellows I was playing with stated that it was very faithful to the original, and considering the co-creator is behind it, that’s a good sign that things go well. While not quite something I would recommend to everyone, ToeJam & Earl looks like it’ll be a funky good time to anybody looking for a odd retro roguelike experience.

That’s all for today! We’ve still got a long way to go, so tune in next time for the next leg of the Fifty-Game Frenzy! Until then!