When it comes to his copy abilities, Kirby’s done it all and there’s seldom an ability I’ve seen that I haven’t liked. From hatless beginnings, to animal buddies, to mixing abilities; it’s been a long journey for Kirby’s trademark skill. This week marks the release of Kirby Planet Robobot, and to celebrate it and it’s new rideable mechs further, the writers from the Nintendo Inquirer team have shared their own favorite abilities from this classic Nintendo series!

With Kirby’s Dream Land 2 having been my first adventure alongside Kirby it’s only fitting that one of my favorites would come from this Game Boy classic. Rick was always my favorite animal buddy; his combinations always seemed coolest to me, I liked moving faster with him, and we have almost the same name. In particular, I’d always try to use the Stone ability alongside this friendly hamster, turning him into an indestructible boulder and balancing Kirby on top. It could be tricky over slopes but being able to bulldoze pretty much anything made it more than worth it.

Talking about favorites, Kirby Super Star has been my favorite in the series since the first time I played it, and with its introduction to Kirby’s hat collection it brought two fantastic abilities. Fighter has become a series mainstay and the amount of variety it gives the puffball has always impressed me. With Vulcan Jabs, Rising Breaks, a collection of impressive kicks, and even a Street Fighter-esque energy blast, Fighter never disappoints.

Yo-yo, on the other hand, wasn’t as lucky. The ability didn’t quite catch on to make repeat appearances but it still stands as a favorite part of Super Star and my favorite ability of the entire series. It gets bonus points for it having an EarthBound menu reference in its ability window, and being able to swing enemies around and pull off a Gazer Spiral are just as satisfying as they were the first time through. Yo-yo’s Break Spin went on to eventually become Kirby’s dash attack in Smash Bros., keeping its spirit alive to this day.

Kirby copy abilities tend to run the gamut from “does one move and one move only no matter what” to “Street Fighter levels of combos,” and I tend to like the latter more. This can be seen in the extremely versatile UFO ability, which combines the best parts of Beam and Laser while also gifting the pink puffball the ability of flight. While exceedingly rare, usually only showing up near the end of the games it appears in, it’s nearly always one of the most useful copy abilities in the game, and turns Kirby into a cute little flying saucer to boot.

Meanwhile, Kirby 64 has a ton of great combos – honorable mention go to the Ice + Elec Fridge – but my favorite was always Bomb + Cutter, which had Kirby throw fast, explosive ninja stars at the enemy. It’s quick, powerful, and creates wonderful situations in which the enemy has a brief moment of panic before the shuriken lodged in their cranium blows them to smithereens. While the nature of 64’s gameplay meant you never really held onto one copy ability for too long, Bomb + Cutter is both fun and efficient, and one I nearly always go for when given the chance.

And finally, while the series has had a bevy of powerful “ultimate” copy abilities acquired near the end of the game, none compare to the wonder that is the Master ability from Amazing Mirror. Wielding Meta Knight’s sword as his own, the moves of Master are similar to a beefed up version of the Sword ability, but much more useful – able to shoot massive energy waves, thrust upward, and charge through enemies upon a whim, Master was also a free pass to completing just about all the environmental puzzles the game had to offer. And in a game as open and Metroidvania as Amazing Mirror, the player is allowed to actually appreciate the final power-up, instead of just using it for the final boss. Nothing can compare to the raw power felt when wielding it. 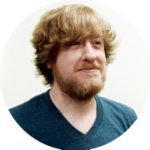 Back in 1999, Super Smash Bros. for the Nintendo 64 was, in many ways, my introduction to the Kirby series. Awestruck at the time by his trademark power to absorb the abilities of his Nintendo brethren, Kirby’s immense adaptability as a fighter quickly established him as my favorite character to play as when beating down the competition. Despite having such a varied and robust set of abilities to choose from, Falcon Punch has always stood out as my absolute favorite. As one of the most powerful moves in the game, seeing that blazing silhouette of a falcon burst forth from his nubby little arm is both crazy adorable and utterly terrifying, especially for those on the receiving end. And let’s be honest: Kirby clearly rocks the Captain’s shades much better than he ever could.

When it comes to more traditional games in the Kirby universe, few copy abilities can match the sheer power and versatility of the Hammer ability. Wielding a similar look and style to Dedede’s infamous mallet, Hammer unsurprisingly packs quite a wallop. It can be swung, twirled, thrown and even engulfed in flames if charged long enough, making it an extremely satisfying and destructive force not to be trifled with. Bosses in particular take astronomical amounts of damage from it’s heavy handed swings and you’ll often find yourself crushing lesser foes with a single blow. It’s also one of the few copy abilities that can be used underwater! With so much going for it, it’s no wonder that it tends to be one of the more rare superpowers in Kirby’s arsenal.

Without a doubt, despite all the amazing power-ups and creative combinations that have existed throughout the creampuff’s extensive history, they all pale in comparison to his natural state. In all the excitement of discovering new abilities, we sometimes forget that being able to consume the souls of his enemies to siphon their power for personal use is already a compelling ability in its own right. If that weren’t morbidly awesome enough, puking them back out as deadly projectiles never fails to slap a smile on my face. Going commando during boss battles and having to use their own attacks against them can also be an extremely rewarding and satisfying experience for those like me who seek an added challenge.

(Preface: I’ve never played Kirby, so the team suggested I make up my own concept for a Kirby ability. So I did. Purely for fun. Maybe a little too much fun?)

My first and favorite Kirby game of all time is Kirby’s Happy-Fun-Time Dreamland Go-Go Adventure: The Legend of Broken Promises (2017?) 3000. Never heard of it? Well I wouldn’t expect anyone but the most hardcore Kirby fans to remember that one since it was an exclusive for the Game Boy Micro.

This game had a lot of cool abilities but I would have to say that hands down, my favorite ability from this masterpiece is the Cars copy ability. To obtain this power Kirby would swallow a car whole, turning him into Lightning McQueen from the Pixar animated film Cars. The stage would then shift and start to change. Walls rise up in an oval shape from the Earth, replacing the boundaries of the level. Multiple stadium lights rose up from the mud, painting the area in an artificial white light. Bleachers carrying thousands of fans appeared, and all eyes were on Kirby McQueen. The roar of the crowd blared through the tiny mono speaker of the Game Boy Boy Micro, and then you were off. The stage had transformed into an Indie 500 race track that you get to race in!

This stage gets pretty boring fast though, since you’re essentially going straight and then turning slightly to the left every now and then. From there the level never ends, and you can’t just quit either. The only way to exit the stage was for the Game Boy Micro to be powered off, completely erasing all of your progress. A lot of players were frustrated by this but I always thought it was a nice touch. To me it represented life in a way. Life, as detailed in the Lion King, is a circle – much like the track you race on. You are represented by Kirby McQueen endlessly circling the track of life. The game only presents you with two options: Go straight and follow the track of life, or turn right and end it all in a violent fireball of death. Afraid to lose all of their progress, the majority of players would simply follow the track until the battery in their Game Boy Micro died, hoping that there was an end in sight. HOWEVER.

Only the smartest of players would make the one, true, right choice. Which was to simply turn the game off. Now you may say, “What’s the difference between letting the battery die and turning off the game yourself? They both lead you to the same outcome.” Well, that’s simply not true. You see, the player that circles around in his theoretical “life” until the battery dies is a person who is stuck in a rut, they simply go through the motions until it all ends. They hope for a solution but are reluctant to take action. They follow the same path over and over again expecting different results, the very definition of insanity.

It may not the best stage in a Kirby game, but it’s still a classic.