Link to the Past: Setting up the future

The Legend of Zelda: A Link to the Past was the very first Zelda game I ever got to experience, and what a good game to start off with. I was far too young to get to play it, in fact I’m not even sure I could fully talk when I first watched my dad explore Hyrule, but sitting down next to him and watching Link shoot magic beams from his sword and take down red, green, and blue knights, was just about the best thing I could have ever wanted at that age. 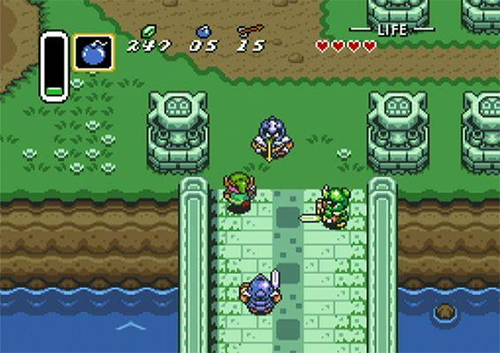 The SNES was my dad’s but when I was born it went into my room simply for convenience. I’ve had that luxury since before I even knew how to turn the console on, and it’s stayed exactly where it is for nearly 20 years. When I started watching my dad play A Link to the Past, I had no idea what Zelda was or what the game was about. In fact, I could barely grasp what Nintendo was. Yet there was something about it that fascinated me – even when I had no concept of object permanence, and only observed things as they were on screen, the game was magical, quite literally. Rendered in beautiful 16-bit graphics, I remember there being something so fun and wonderful about the way the game looked. The music, too, is a big nostalgia trigger for me, bringing me back to days when I can remember hearing it, even if I didn’t know what I was listening to.

Skip ahead a couple of years, and my dad has fallen out of video games. The GameCube is out now and myself, my brother, and my best friend are finally starting to grasp extensively how video games work and what it really means to be a gamer. At this point I knew Zelda as a series, and one day when we got bored of playing the GameCube the three of us rushed to my room to try our hands at the SNES. We passed on Mario, which we’d played a lot of, and my best friend said “what about that Zelda game?” Even after I remark it’s only single-player, he insisted, so I popped it in and we got started.

It was an entirely new world for all of us. Now able to understand the plot of the game, we pushed forward, handing off the controller whenever we deemed it was time, going through a cycle of progressing and then dying. I’ll be the first to admit we never made it very far, but from the moment we turned the game on and heard the opening fanfare, I knew we were in for something special. There was something almost powerful about just that opening sequence. It wasn’t overly happy or cheerful, not particularly upbeat, but extremely hardy and full of strength, instilling all three of us with a sense of not only duty, but also courage, like we could take on the world. 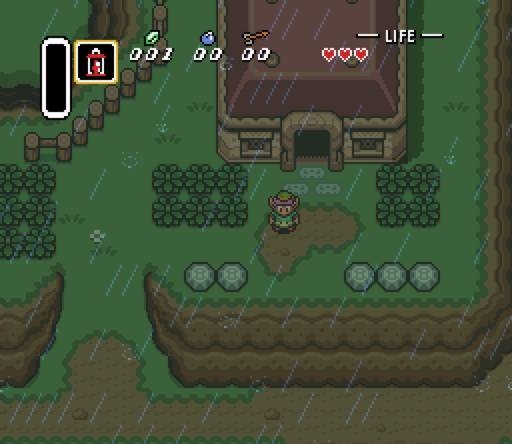 But, my personal experiences aside, A Link to the Past was revolutionary for the Zelda series. Being the only Zelda game in the SNES’s entire lifespan (putting aside the Satellaview experiment in Japan), it had nothing to rival with and allowed fans of the franchise to give it their full support and attention. And after Zelda II, which is a controversial game to say the least, A Link to the Past returned to its series’ roots and gave fans the same feeling that the original game did, with a long and exciting journey ahead of them. However, with the series’ arrival on the SNES, players could now experience this adventure in gorgeous 16-bit graphics and colors, which deserve all the praise they frequently receive.

A Link to the Past also provided one of the most interesting gameplay mechanics in the Zelda series to date: the dichotomy of the Light and Dark Worlds. Nintendo cleverly used this mechanic to allow access to new areas and secrets that otherwise wouldn’t be accessible, and the idea of having two completely fleshed out maps, especially for a land as big as Hyrule, was almost unheard of at the time. It’s also worth mentioning that the idea of two worlds or maps has been carried over to some extent into other Zelda games, such as the two time periods in Ocarina of Time or the Twilight Realm in Twilight Princess. 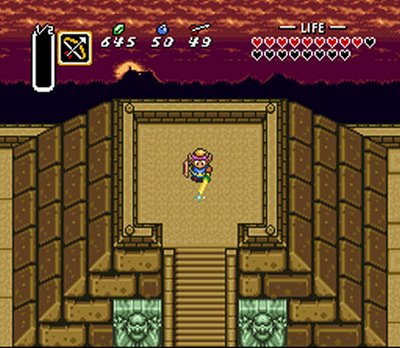 The game was also the first to offer a more in depth storyline, with more developed characters and a plot that revealed details about the world’s lore and history, as well as the way it worked. And let’s not forget the idea of different dungeons having different purposes, with the first three housing the three pendants needed to unlock the Master Sword, while the rest are meant to hold the seven maidens. The idea of saving people instead of simply collecting an item or piece of the Triforce at the end of each dungeon was implemented perfectly, giving players a sense of dread that the maiden they were after was in direct danger and that you needed to get to her as quickly as you could. This has rarely been replicated since, although it naturally makes a return in A Link to the Past’s eventual successor, A Link Between Worlds, where you’re actively trying to save characters instead of simply taking out a malevolent force at the end of a dungeon.

The game was influential even when it comes down the the music; Kakariko Village’s theme debuts in this game, as well as Hyrule Castle’s background music. And, possibly most importantly, Zelda’s theme (Zelda’s Lullaby in Ocarina of Time) makes its first appearance in A Link to the Past.

Even with competitors on more recently released home and handheld consoles, A Link to the Past still holds up, with gameplay that’s still comfortable and easy to understand, and a storyline packed full of content. With twelve dungeons to its name, I promise you’d only be doing yourself a favor by revisiting this masterpiece.

This article is part of our new Zelda look-back series running up to the release of Breath of the Wild. This article was previously released for Link to the Past’s 25th anniversary last year.