Let the Sun Shine: The Case for a New Golden Sun

When Mario Golf: Super Rush was announced during the recent Nintendo Direct, most of the Nintendo Wire team celebrated, with good reason – Mario Golf is an enjoyable Mario sports game, and Super Rush looks like it could be the most enjoyable Mario Golf in ages. However, as soon as that trailer started, my heart sank, and once I saw that Camelot Software Planning was developing, it sank even further. Don’t get me wrong, I love a good round of Mario Golf as much as the next guy, but with Mario hitting the links once again in the hands of Camelot, it feels like a long-dormant Nintendo franchise is missing a big opportunity to make a comeback for its 20th anniversary. 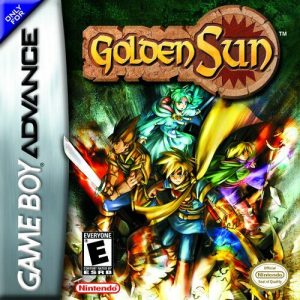 Golden Sun, developed by Camelot and released August 1st, 2001, will be twenty years old this summer, and fans were sincerely hoping that we’d be seeing the series revived for a 20th anniversary celebration. Was there evidence to back up these hopes? Nothing exactly concrete; essentially the hype boiled down to an earlier-than-expected trademark renewal back in 2018 and the fact that Camelot, who usually releases games at a pace of about one game per year-and-a-half, hadn’t published anything since June of 2018. Fans looked at the nearly three-year gap as an indication that they were working on something big, possibly RPG big. Alas that wasn’t the case, and the sun remains set on this beloved RPG series. Many of us, however, are still of the mind that the Golden Sun should rise again, and I’d love to talk about why.

A Deep and Flexible Class System

If you ask anyone familiar with Golden Sun what makes it stand out, nine times out of ten they’ll mention the class system, and with good reason. Golden Sun’s class system is an amalgamation of a few different aspects of the game, taking a few small things from traditional RPGs – having characters learn new skills as they level up and certain characters only being able to wield certain weapon types, for example – but also intertwining those systems with something wholly unique: the small elemental creatures known as Djinn. 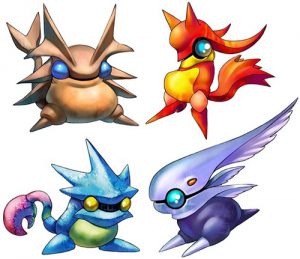 Each party member in Golden Sun is associated with one of the four elemental Psynergies, and each of these elements also has a set of Djinn to match. Equipping a character with Djinn that matches their elemental affinity will keep them in their default class series, learning Psynergy that is attuned to their default element. The real beauty of the class system shines through, however, when utilizing Djinn that don’t match a character’s element, allowing characters to use off-element Psynergy and enjoy different stat boosts. Mixing and matching elements is the basis for the flexibility of Golden Sun’s class system, and part of the reason it works so well is that players are virtually free to choose how they want to go about it. One of the boons of this system is the fact that you can change classes at any time, and characters will immediately know any Psynergy associated with that class up to their level. There’s no need to feel stuck in a certain class in order to level it up and get an exclusive skill, Classes can be chosen to fit your needs or wants, and characters are never stuck with what you give them.

The depth and freedom of Golden Sun’s class and Djinn system is something that I feel is sorely missing from RPGs of the current era, simply because there isn’t anything else like it around. With the events of the third game in the series, Golden Sun: Dark Dawn, introducing a fifth and possible sixth element, this class system could be expanded upon even further in a potential fourth game, and bring that depth forward into the modern age.

It’s not often that the main tool our heroes will use to fight their enemies is shown off as a utility for helping people first, but when we get our first glimpse of Psynergy in Golden Sun it’s being used to help the people of Vale avoid a catastrophe; stopping boulders from crushing parts of their town and used in attempts to rescue other villagers. The idea that Psynergy is a tool, and not a weapon despite the ability to use it in combat, persists throughout the Golden Sun series, and is especially showcased in the series’ puzzles. Now, I’m a self-proclaimed sucker for puzzles of all forms, but especially when they’re mixed in with a game I’ve already found myself enjoying. The dungeons of the Golden Sun series are very puzzle heavy, and those puzzles are blended so beautifully with the other aspects of the game that it only serves to enrich the experience that much more. 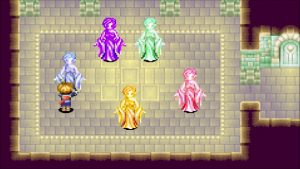 Almost all of the puzzles in the game will need to be solved with Psynergy that you’ll learn as the story progresses and you’ll find that as the series goes on, these Psynergy puzzles just get more and more complex, but without ever feeling too frustrating. Plenty of good RPGs have puzzles peppering their dungeons, but a great RPG weaves those puzzles into the fabric of its world, making them feel right at home and allowing the player to feel so immersed in solving them that the satisfaction feels comparable to beating a challenging boss.

A Tale of Two Sides

In a recent playthrough of the first Golden Sun, a particular major character struck me in a way he hadn’t before. Babi, the ruler of a town called Tolbi, is beloved by his people, but everything else you learn about him paints him in a darker light. He’s kidnapped a young girl in order to force a neighboring city to build a lighthouse bearing his name, and he’s been using a stolen magical draught in order to artificially extend his life to continue to amass riches and rule over Tolbi. This is actually where our hero, Isaac, comes in, as Babi offers Isaac and co. a ship to continue their journey in exchange for assistance in reaching Babi’s personal goals. Despite Babi’s morally dubious actions, Isaac and his crew desperately need the ship, and decide to help him anyway.

I bring this up because it shows that maybe there isn’t a black and white answer to everything, it makes it clear that Isaac and co. might need to compromise what is seen as morally right in order to accomplish their goal. Isaac’s open-mindedness in helping Babi instead of declining his offer due to some sense of moral superiority leads into one of my favorite things about this series: the fact that the story of the first two games is told from two perspectives, and told well, for that matter. Throughout the story, Isaac and Felix both believe that what they are doing is right. Both parties feel a responsibility to do “the right thing,” but when looked at as a whole, what exactly is the right thing? 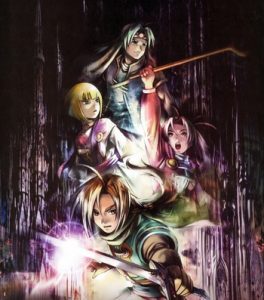 In the first game, Felix is shown as an antagonist, and Isaac’s main goal is stopping him from lighting the Elemental Lighthouses, because he’s been told the resulting catastrophe will destroy the world. In the second game, we see and play from Felix’s side: he knows that if the lighthouses aren’t lit, the world will continue to slowly waste away without the energy they have to offer. Does Felix know for sure if lighting the lighthouses will or won’t destroy the world? No, he doesn’t, but he’s willing to take that risk because he knows the world will come to a slow and painful end if he doesn’t. Felix and Isaac both have an ultimate goal of saving the world, but are painted as rivals simply because they felt a responsibility to carry out different methods of saving the world. In the end, the same open-mindedness that allowed Isaac to help Babi despite Babi’s bad intentions also allows him to stop and listen to Felix, and recognize that the way he was told to accomplish his goal may be wrong, though the goal of saving the world still remains.

Ultimately, Golden Sun shows that pursuing an ideal isn’t always black and white, and asks us to question if we really know if we’re doing the right thing, or if we need to sit down and consider the other side. Most RPGs nowadays are asking philosophical questions and presenting their own answers, which is great, because I feel that stories like this are still important to tell. What is lacking from the RPG space, however, is a story that allows you to play on both sides of a conflict, which is a tale that the team at Camelot has shown a knack for telling, and I believe a new Golden Sun could fill that void.

Let the Sunshine In

There are a lot of things I love about the Golden Sun series, and I’ve only scratched the surface here. Admittedly my love is much stronger for the first two games, but Dark Dawn was still more Golden Sun, and it was fun to see where our characters and their progeny ended up in a world experiencing the fallout from events of the first two games, despite the on-screen absence of the entire party from The Lost Age. I truly believe that a fourth Golden Sun would have the potential to be a truly great addition to the modern RPG landscape due to its unique mechanics, stellar puzzles, and the ability to tell a complex tale.

Only time will tell if Camelot will deliver us a new Golden Sun in the near future, and I’m hopeful that they will, simply because it’s difficult to understand why one of the most lauded and best looking RPGs of the Game Boy Advance era hasn’t been brought forward into a world full of remakes and revivals. While Isaac’s inclusion as an Assist Trophy and Mii Costume in Super Smash Bros. Ultimate is a small (and appreciated) gesture, it shows that the world of Weyard is not forgotten. This year,as I’ve played back through the series in honor of the 20th anniversary, it’s more clear than ever that Golden Sun has stood the test of time over the last 20 years because it succeeds in seamlessly blending many of the best elements of an engaging RPG in a way that has yet to be replicated.