On a certain level, all game series are expected to conform to a certain gameplay style or genre. Fans would get upset if the next mainline Zelda title was an FPS, or if an upcoming Metroid entry was suddenly a puzzle game (though they’ve gotten away with pinball before…). Just look at the vitriolic reaction to games like Star Fox Adventures and Paper Mario: Sticker Star – games that shifted from the genre they were known for, and in turn alienated their fanbases. And it makes sense, after all – people play those series because they like the style of gameplay. Why change something people love so much?

Yet, of all the Nintendo series out there, Kirby seems both unafraid to offer wildly different gameplay styles and unaffected whenever it experiments. From wacky spin-offs like Dream Course and Air Ride to wonky titles such as Canvas Curse and Mass Attack, the pink puffball has had his fair share of offbeat entries over the years, but in the end, the core experiences of the “main” Kirby titles remain the same: simple, easy platformers where you can hover about, swallow your foes, and steal their copy abilities. To make a platformer where Kirby missed these abilities that made him famous would seem like folly, especially when a home console Kirby platformer hadn’t been released in ten years… but that’s exactly what happened in 2010, with the release of Kirby’s Epic Yarn. 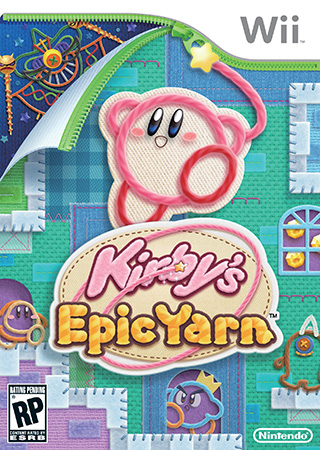 Spinning a new kind of Kirby

Were it not for the presence of Kirby characters and enemies, it would be difficult to identify Epic Yarn as a Kirby title. While our trusty hero still transforms himself into a variety of shapes and objects to accomplish his goals, his iconic swallow, float and copy abilities are all gone. Sure, he can still can take care of baddies with a versatile yarn whip, yet the gameplay is remarkably un-Kirby like… likely because the game didn’t start out as a Kirby title at all. Developer Good Feel initially began it as a separate IP (which is where the character of Prince Fluff comes from) before adding in Kirby assets. This isn’t dissimilar to what happened to Rare’s Dinosaur Planet, which ended up becoming the infamous Star Fox Adventures after executive meddling added in Star Fox characters to a previously unrelated mythos. And, as previously mentioned, Kirby hadn’t had a home platformer since the N64 – it seemed crazy to release such a wildly different game as a “comeback.”

Yet Epic Yarn doesn’t face the same scorn that other such titles do. Why is this?

There’s a lot of reasons. For one, while I called the gameplay “un-Kirby like,” it still matches the tone, style and feel of a Kirby game down pat. Everything is lovable and charming, there’s little challenge, and it’s simply fun to play. The fact that it’s still a platformer also helps, as it’s not quite as crazily different as some other series successors over the years. Not to mention, the huge bevy of offshoot entries in the Kirby series gave the game some precedent – it was hardly as much of a departure as, say, Kirby’s Avalanche. And finally, frankly, Kirby fans aren’t quite as die hard as some others. Don’t get me wrong; I love the entire franchise dearly, as do many hardcore fans – but the relaxed nature and frequent releases in the series means that there’s rarely any ill contempt. I can’t think of any other Nintendo series with so few complaints and bickering amongst the fans, and that easygoingness is what allowed Epic Yarn not only to survive, but to receive great acclaim – and rightfully so. 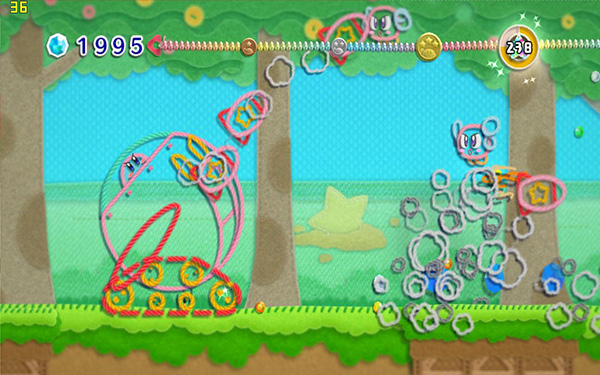 I haven’t spoken too much on the game itself yet, but there’s only one real word to describe it all: adorable. Every ounce of Kirby’s Epic Yarn just oozes charm and flair, as its feltwork aesthetic lends itself not only to unique gameplay opportunities but fantastic visuals. Every animation in Epic Yarn is smooth and clean, and the graphics are just sharp enough to make it feel as if you’re playing with real life crafting items. The vividness and color only make the vibrancy of the surroundings brighter, making the game have one of the finest aesthetics I’ve ever seen, only rivaled by the likes of The Legend of Zelda: The Wind Waker and Ōkami.

Immense praise must also be given to the soundtrack, which displays not only childlike exuberance and whimsy but calming and playful tunes. Kirby games usually have nice, upbeat soundtracks, but Epic Yarn sets itself apart with more relaxed fare, amplified by the airiness of the sound effects. It all gives off a feeling of “softness” that just makes you want to recline and forget about all your worries. Everybody has their comfort game or two, and Epic Yarn is definitely one of mine.

Gameplay-wise, KEY subscribes to the series mantra of “simple, but fun.” Co-operative play is one of the bigger draws here – while it would end up being eclipsed by the four-player Kirby’s Return to Dreamland a year later, the two-player interactions between Kirby and Prince Fluff provide simple fun without causing too many interpersonal grievances (lookin’ at you, Mario Party). Kirby has several transformations, not unlike Yoshi’s Island (which would end up developing a spiritual successor to this game years later), all of which provide some fun, simple gameplay.

One of the bigger complaints (the only one I usually see, in fact) about Epic Yarn is the lack of difficulty – it’s quite literally impossible to die, and your only penalty for getting hit or falling in pits is losing beads, the game’s main collectible. While the lack of failure may make the game seem easy (and it is, if you don’t really care about the beads), the amount you lose even getting hit once is a lot, to the point where one or two mistakes can make it impossible to get a Gold Medal on a level. This means that the game is perfectly easy for younger folks who simply want to get to the end, whilst providing a decent challenge to completionists. Admittedly, even taking that into account, the game’s not that difficult… but Kirby games aren’t particularly known for their difficulty outside of extra/bonus modes. The True Arena in Super Star Ultra still haunts me to this day… 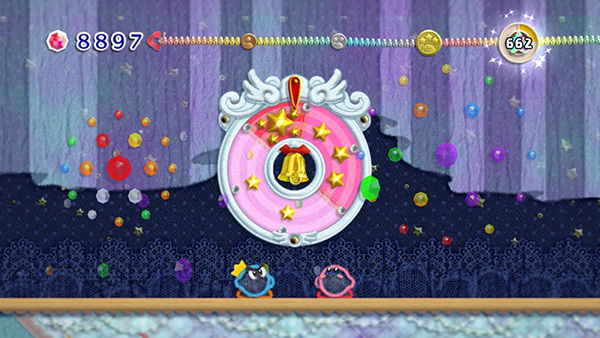 And while the story isn’t really much to write home about – it’s the usual “small pink orb must destroy eldritch abomination with godly powers in order to save universe” – I will give out praise to the narrator, who gives everything a nice friendly feel to it. Also, the line “‘This grass feels funny,’ Kirby thought. ‘It feels like… pants.’” is a piece of literary genius on par with Shakespeare and Joyce, and no one can tell me otherwise. 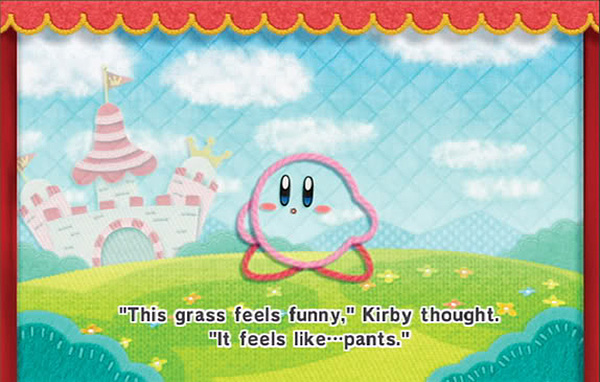 A tapestry of happiness

Needle-less to say, Kirby’s Epic Yarn is fantastic, and perhaps my favorite title in the whole series. The way it weaves together multiple threads of art and fun into a tapestry of happiness and relief cannot be commended enough. The Kirby series has spun many yarns over the years, but(ton) this one truly felt the finest, and not at all patchy. Crochet.

Okay, I’ve run out of puns. Thanks for reading!