Kirby Mass Attack: More than the sum of its parts

One of the last big Nintendo titles released on the DS, Kirby Mass Attack, released in 2011 to quiet fanfare. After the coming of the 3DS earlier that year, the DS’ list of new releases began to slow down, and more focus was put on the new system and the upcoming Zelda title for the Wii. Heck, Mass Attack wasn’t even the biggest Kirby game that year – Return to Dreamland released just a little over a month later, and was met with great appraisal. So where does this leave Mass Attack in the annals of the series’ history?

Mass Attack, despite being counted by most as a mainline Kirby game, feels and plays more like one of its myriad spinoffs. While still an Action-Platformer, the game now revolves around Kirby – split into ten weaker small Kirbys via the evil Necrodeus – being swiped and tossed around with the DS’ touch screen stylus. Enemies are taken out not by swallowing or stomping, but rather swarming them until the ten little marshmallows pound them into the dirt. The gameplay has a slight tactical bent to it, as you have to determine when and where your Kirbys will attack.

While perhaps not the hottest Kirby game of all time, Mass Attack is definitely unique and charming in its own right. Its Pikmin-esque gameplay varies from moving your units in a giant conglomerate to spacing out and taking on multiple baddies at once, creating a level of strategy that usually isn’t see in the series. Not to mention, the game is tougher than your average Kirby fare, with several instant death traps and harsh levels. The length of the levels doesn’t help – failing near the end of one means you have quite a bit to work through again. This challenge, while rewarding to those who favor a more difficult game, makes the experience a little more painful, especially for those not good with either RTS or touch controls. 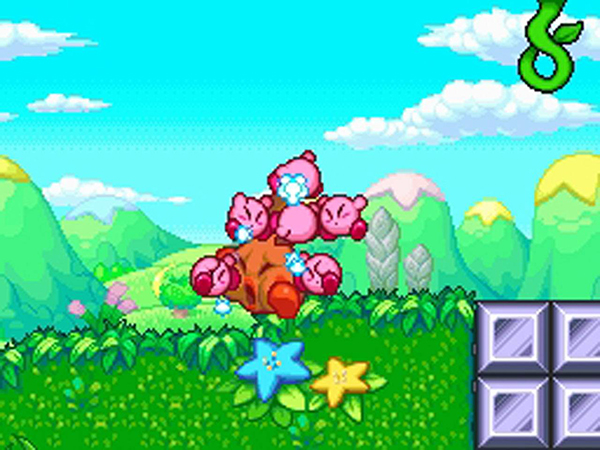 One of my favorite aspects of the game are the boss fights – there aren’t a ton of them, but the ones that it does have are interesting and varied. From tossing bombs back at King Dedede to fighting a volcano monster with cannons, the boss fights make for some of the most unique in the series – even if they tend to be just as difficult as the levels, most of the time. These tight, concentrated sequences are where the game really shines, I feel.

The most enjoyable aspect of Mass Attack, interestingly enough, are the mini-games. Collecting medals throughout the game’s levels will unlock a variety of Kirby based mini-games, from pinball, to a shmup, to a rhythm RPG-doohickey. What’s more, at the end of each of these games you tend to fight bosses and villains from Kirby games past, like Marx and Dark Matter, making for some neat Easter eggs. I probably spent nearly as much time playing these little diversions as I did playing the actual game, and they’re all fun and highly polished. 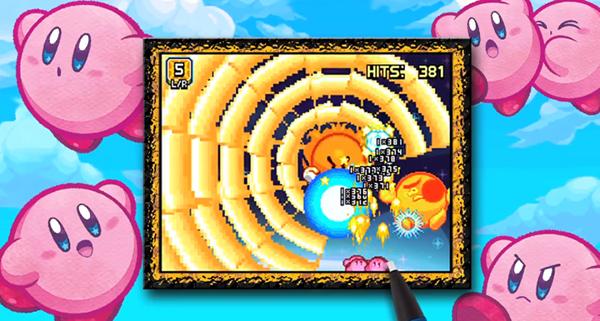 Mass Attack is far from the series most standout title, but it’s a good showcase of how Kirby is never afraid to try something new. Its gameplay isn’t for everybody, but with solid presentation, a reasonable challenge, and quite a bit of content (including achievements), you’re definitely getting your money’s worth out of this one. After all, sometimes it’s the little things that matter most.