Most of us have that one, single game we can point to that eventually pushed us towards purchasing Nintendo’s latest and greatest hardware release. If you were lucky, that game was a launch title, but sometimes it came much later in a console generation’s lifespan. Back in 2004 with the launch of the Nintendo DS, I admit I was skeptical of Nintendo’s pursuit into dual screen technology. I saw it as an unnecessary gimmick that couldn’t possibly add anything substantial to my overall gaming experience, and a re-release of Super Mario 64 certainly didn’t help alleviate that notion.

Castlevania: Dawn of Sorrow is released. Anticipation builds, patience runs low and I can’t help but bite the bullet and give in to my fanboy inclinations. Yet while I purchased the bulky, electric blue handheld for the sole purpose of once again defeating Dracula and his demonic minions, it ultimately wouldn’t be the game that convinced me of the system’s full potential. In the end, that honor was bestowed upon the adventure of a much cuter, cuddlier mascot I bought strictly on impulse that very same morning. I’m talking, of course, about the wonderfully whimsical Kirby: Canvas Curse. 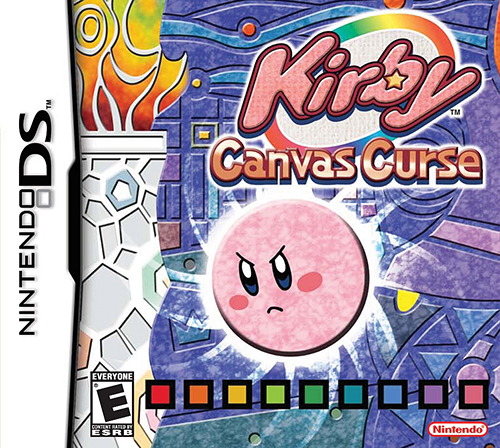 Not your average platformer

One of the main reasons I immediately fell in love with Canvas Curse is due to its inclusion of the player as an active participant in the ongoing narrative. As outlined in the game’s introduction, the diabolical witch Drawcia mysteriously appears from a portal in the sky and casts a spell that turns the world of Dream Land into a painting. While chasing the villainous sorceress back to her realm, Kirby is transformed into a limbless ball of fluff, rendering him helpless to save his cherished homeland from the clutches of evil. At least not without a little help. Magical paintbrush (or stylus) in tow, the responsibility falls on the player to guide our disabled hero through this unfamiliar and treacherous dimension and put a stop to Drawcia’s menacing ways once and for all.

Unlike traditional games in the series, the player controls Kirby solely through intuitive use of the touch screen. Using the stylus the game encourages creative experimentation through two simple inputs: drawing lines of rainbow paint for Kirby to roll along and tapping Kirby directly to give him a boost of forward momentum. Sketching paths over pitfalls or spikes to avoid certain doom, loop-de-loops to clear massive jumps and circular barriers to block enemy attacks are just a few of the techniques you’ll need to master to survive the numerous obstacles and platforming challenges set forth by this adorably charming platformer. 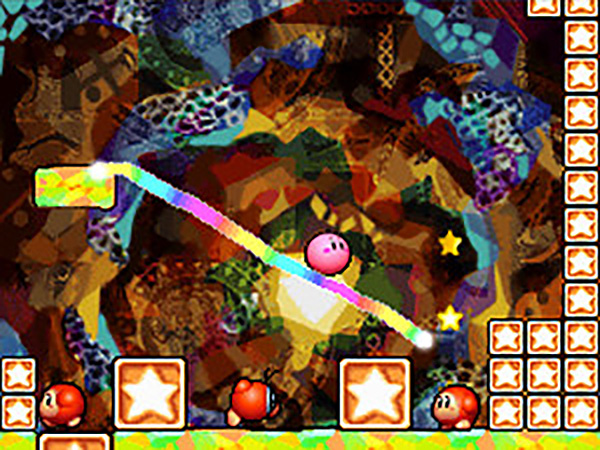 And boy is it charming. In fact, calling the game charming is a vast understatement that doesn’t even begin to do the artistic direction justice. Its hand drawn aesthetic perfectly complements the game’s narrative of jumping between various painting-themed worlds. Colors are vibrant, character sprites pop and the level design is extremely varied. I often found myself mesmerized by the gorgeous backdrops of each and every stage, most notably the watercolor swirls of Mag Mount or pastel scribbles of Dreamy Darkness. Rounding out the eye-spankingly gorgeous visuals is their perfect pairing with the nostalgic tunes of Kirby’s past. The game’s soundtrack is as bright, cheery and relaxing as ever, completely comprised of remixed versions of older games in the series. As a bit of fan service you can even unlock classic songs from Kirby’s Nightmare in Dream Land to replace the entire game’s soundtrack!

Kirby’s Copy Ability also returns, but with some slight tweaking to adapt to new gameplay mechanics. Rather than morbidly inhaling and consuming the souls of those unfortunate enough to cross his path, abilities are learned by stunning enemies with a quick jab of the stylus and launching Kirby into them head first. Once absorbed, a quick tap of our hero’s bulbous body is all it takes to activate it. Fan favorite abilities Beam, Burning and Stone make their triumphant return, as well as the Canvas Curse exclusive Balloon. Though while more traditional Kirby games tend to provide a massive arsenal of power-ups for combatting Dream Land’s various inhabitants, Canvas Curse is quite content to settle for just under a dozen. This is, however, more a testament to the game’s resolve to stay focused on the strategic elements of gameplay over the button-mashy inclinations of its predecessors. By keeping the roster tight, each ability is showcased much more prominently, and are often times required to solve small environmental puzzles to progress your journey or obtain hidden collectibles. 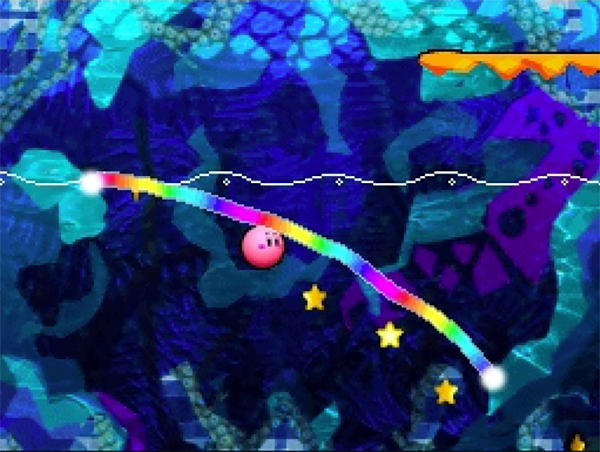 Replayability up the Waddle Doo

The crux of Kirby’s touch-based adventure is split between eight game worlds, each consisting of three stages and a boss fight. Hidden within each of these stages are three optional bronze medals to collect that can be spent on unlocking new game modes, bonus stages, playable characters and music arrangements. When you’re done with the main adventure, Rainbow Run proves a fun attraction for those seeking an added challenge. In this mode, players are tasked with completing previously beaten stages under special conditions, such as imposed time limits or paint consumption restrictions. Depending on your performance, you’re able to earn even more bronze medals for your ever growing cache of rewards.

Of course, no Kirby game would be complete without an assortment of fun unlockable mini-games to endlessly obsess over. Each of the three sub-games available are retreads of the various boss battles found in the main game and come packaged with ranked leaderboards. Block Attack should be fairly familiar to anyone who’s ever played the cult classic Breakout, Cart Run has you eating fruit and racing King Dedede in a mad dash to the finish, and Paint Panic is a frantic paced interpretation of Connect the Dots. Each game uses the touch screen in new and exciting ways that’s sure to keep players chasing high scores for hours. 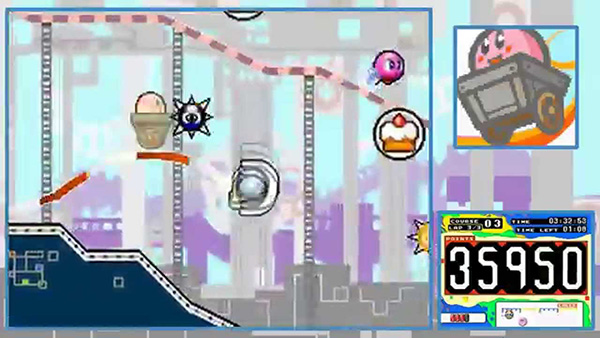 Innovation keeps me coming back for more

From pinball machines to golf courses, clearly Kirby is not afraid to step outside his comfort zone and try something new. In fact, the Kirby series is often drawn upon to experiment with all kinds of unusual design concepts, and Canvas Curse is no exception. Built from the ground up to showcase the full potential of the Nintendo DS hardware, it completely challenged all preconceptions of how I thought a platformer needed to play. To this day, it remains one of the most unique and creative experiences the dual screened handheld has ever produced, not to mention my favorite spin-off adventure the famed gluttonous cream puff ever embarked on.