The Ys series is one of Japan’s most enduring Japanese RPG franchises, starting way back in 1987 with Ys I: Ancient Ys Vanished. What started as a relatively rudimentary “action” series, where instead of attacking with a button you simply bumped into enemies to defeat them, has blossomed into a multi-game saga, with the latest entries being filled with flashy combos and wide open areas to explore.

Right in the middle of this evolution developer Falcom released Ys Origin in 2006 for Japanese PCs, which was later ported to modern systems courtesy of Dotemu. The game’s latest platform? The Nintendo Switch. So, how does the game hold up, and how does it fare on its new home? 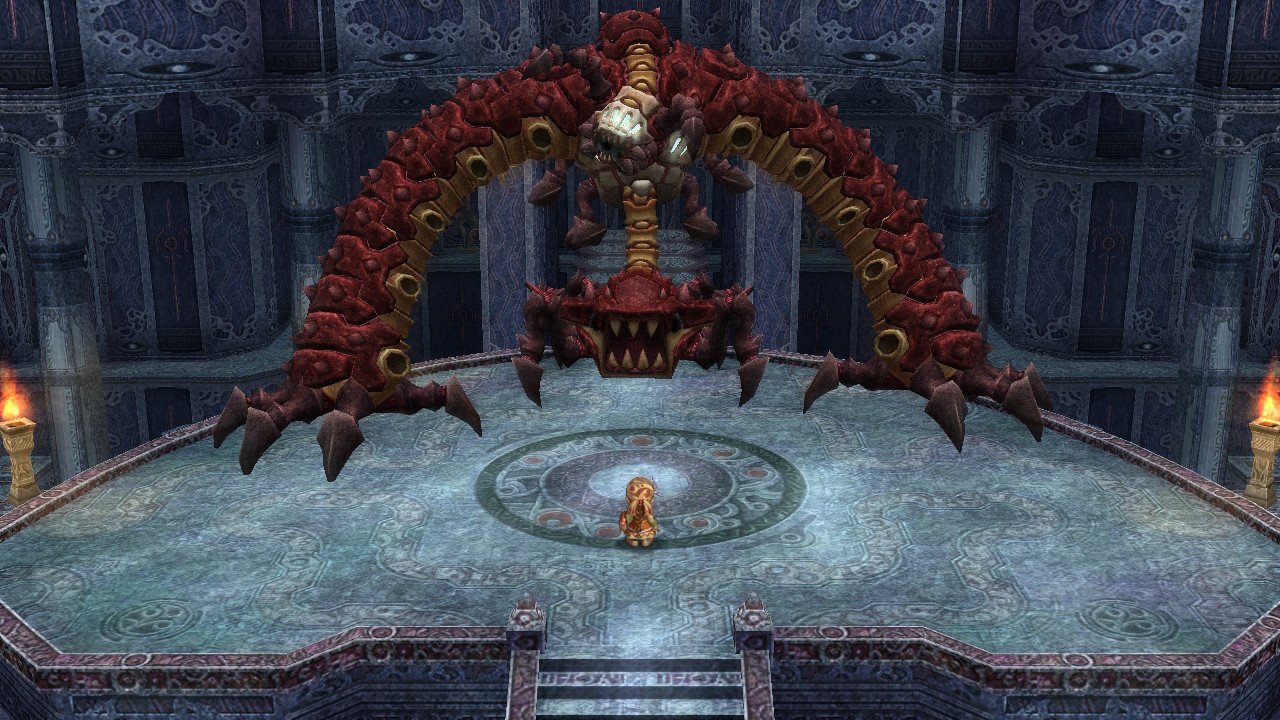 Rather than rely solely on 3D graphics like its immediate successors, Ys Origin is in-keeping with Falcom’s other games of the time with its use of pre-rendered sprites on top of full polygonal backgrounds. This does make the game look decidedly “classic”, but in many ways it ages gracefully. Being an action game, it’s beneficial how the relatively simplistic graphics make enemies stand out on screen in a frantic scuffle, and anyone who has played the likes of Golden Sun or even Falcom’s own Trails in the Sky will know just how charming the style can be.

This simplicity also means the game runs phenomenally well on Switch, which in turn means it plays incredibly well. Running from enemy to enemy and unleashing attacks never fails to feel satisfying, which is only amplified further by the juicy screen and sound effects for every successful blow.

That’s not to say the game is a mindless button-mashing excuse for mayhem, however, as the narrative manages to be one of its strengths, too. Ys Origin was notable at release for breaking the mold of the Ys series – in every other game in the series, the red-haired silent hero Adol has the starring role, thrust into adventures that, while vaguelly connected, can stand up as independent stories for the most part. Meanwhile, Ys Origin, as the name implies, is a prequel, specifically set in the same location as the first two games in the series, only 700 years earlier. 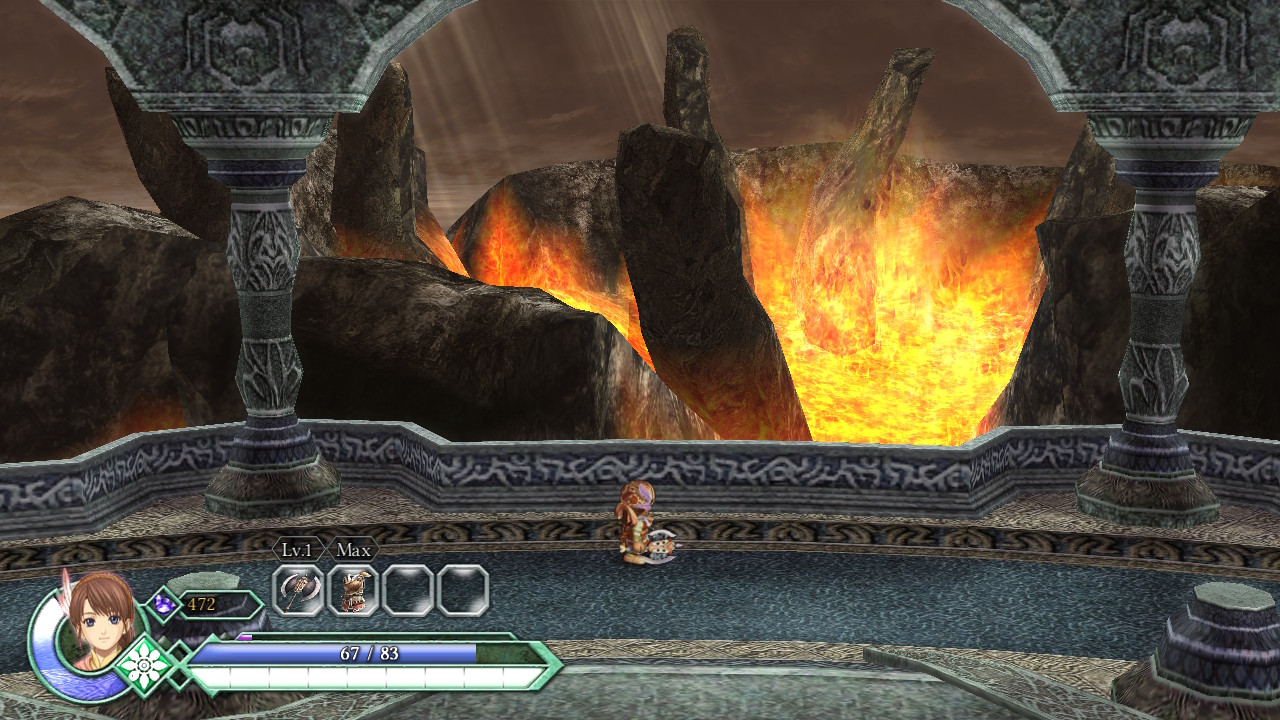 The game takes place in the land that was once known as Ys, before it was ravished by demons and salvaged by twin goddesses who saved a select few by lifting the top of a mountain into the skies. Yet the demon army wasn’t done, and started construction of a tower to the heavens in chase. The game begins in the midst of this growing tension, following the sudden disappearance of the twin goddesses. Six Priests send a band of sorcerors and knights to head down to the surface and relocate the pair, but unfortunately they’re attacked on their way down and separated. Soon after, it becomes apparent that the goddesses are within the demon tower and it’s up to the search party to rescue them.

This set-up results in three playable characters, though you can only pick from two at the start – the axe-wielding aspiring knight Yunica, and the magician Hugo. Unlike Adol they actively talk to other characters, and I reckon everyone is going to like the boisterously courageous Yunica, who, against all odds, takes on gigantic enemies without any hesitation. 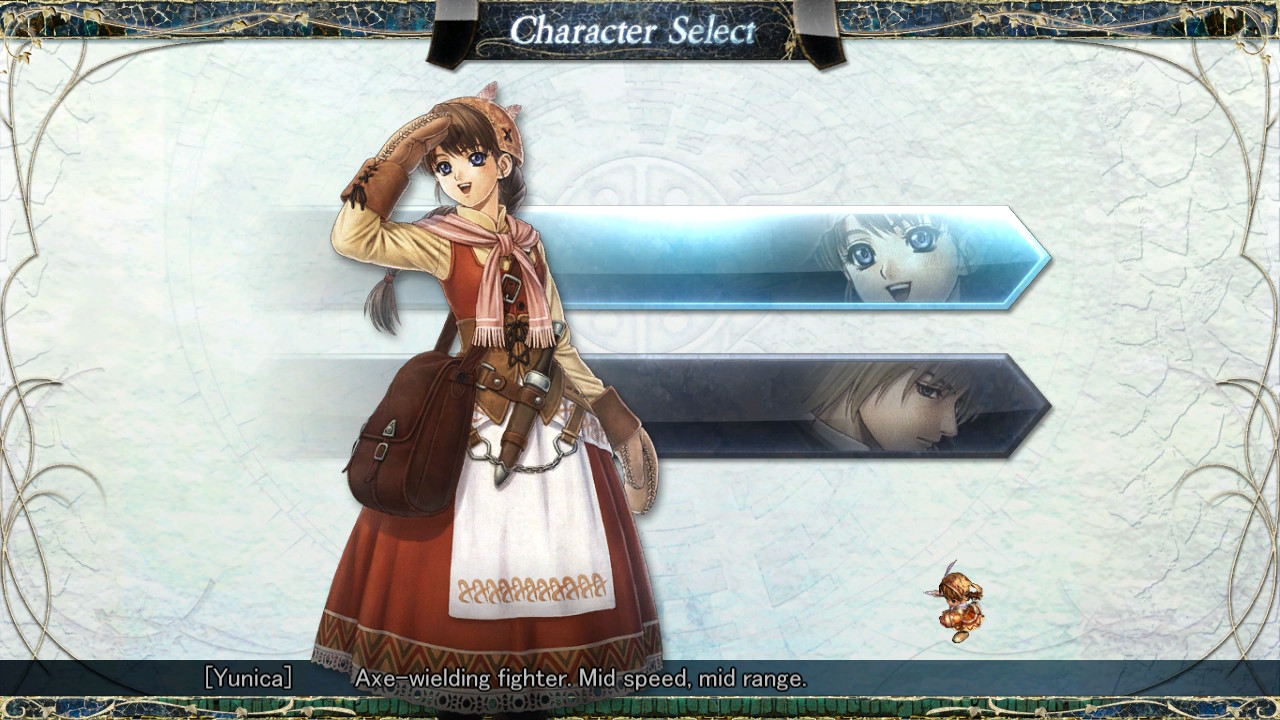 These playable characters control differently with their own strengths and weaknesses, and you have to play as all three of them to experience the full story. Yunica is the more traditional Adol-like combatant, unleashing combos with presses of the Y button and unleashing special abilities with A, while Hugo focuses more on ranged attacks that can fill the screen.

Fans of a challenge are also well catered for, with multiple difficulty options and some genuinely challenging gauntlets of enemies and boss fights. The same goes for those who aren’t there for the challenge, too – the checkpoints are generous enough, and even if you do lose progress it’s relatively painless to make up lost ground. Just be prepared to learn some tells and dodge some AoE’s!

It’s worth noting that while the concept of a full game set within a tower might sound a little boring, there’s enough visual variety to keep the experience exciting, to say nothing of the music which is phenomenal, as is to be expected with any Falcom Sound Team score.

Ys Origin is not just a fantastic starting point for the Ys series but it’s also a great game in its own right, and best of all it runs perfectly on Switch. If you’ve yet to dive in, this is a great opportunity.