Impressions: The grim tale solemnly continues in The Banner Saga 2

When a sequel is more of a continuation of the first game than an outright successor, its quality is largely dependent on how good its predecessor was. The Banner Saga 2 is hardly a departure from the first game in nearly any respect — it continues the same story, from the same place, with much of the same presentation, mechanics, and features. And that’s fine. In fact, it’s downright stellar.

The second game in the soon to be concluded trilogy opens directly after the ending of the first, whose details I will spare out of spoiler consideration — but things are dire. The world is falling apart, your band of adventurers is in despair, and you’re left to trod onward despite fading hope and reluctance. Compounding this is the fact that you can transfer your save data from the first game, meaning your history and decisions carry over. Fret not — there’s a recap for those who are jumping in now, though given the impressive amount of continuity I’ve seen, it seems worth it to get through the first game before tackling this. 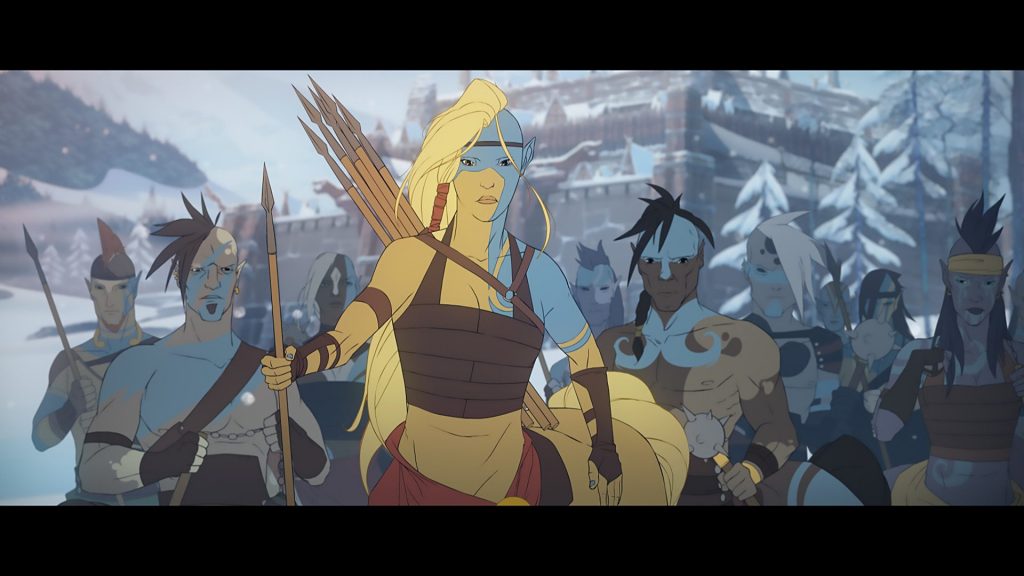 The look, feel, and sound of the game are directly carried over, which is to say that they remain excellent. The music is atmospheric and dark; the animation hand-drawn and fluid; and the UI… is not perfect, but serviceable enough. There’s a greater amount of animated cutscenes this time around, too, and more opportunities that show off some grizzled voice acting work as well. If the series remains this pleasing to the senses, I can only imagine how somberly beautiful the third title will be.

If there have been any shakeups to the game, it’s been in unit types and mechanics. Most new units seem to focus on support roles, such as the motivation-inducing bards and the armor-inclined shieldmaidens. New field features, such as barricades, will also make you reconsider strategies. Any units who lived through the last game will appear in this one, with the same stat allocations and equipment, meaning you can fashion them just as you did before, only even more — and reduced Renown costs for promoting means you can beef them up to stellar levels with even greater ease. And new training features in camp encourage you to try out complex or difficult strategies without fear of permanent repercussions. None of this is a radical shift, but rather a sharpening of the first game’s already good tactics. 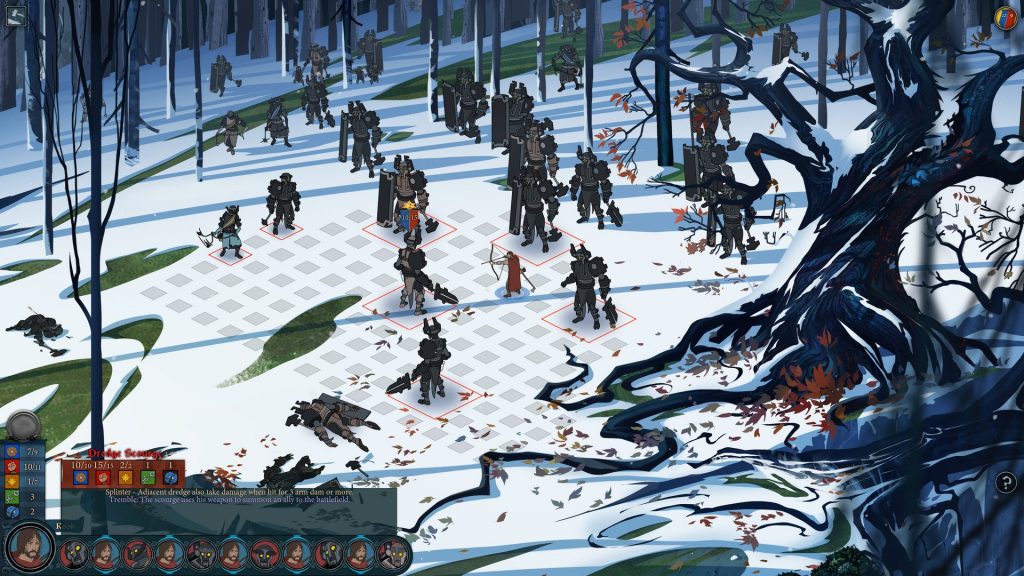 Yet the heart of The Banner Saga 2, just as the first, lies in the decisions you make along the way. Do you focus on supplies, or training units? Do you bring the suspicious new unit into your fold, or cast them away? Who do you let tackle the enemy dredge as they swarm your caravan? Life and death hang in the balance, and that palpable sense of danger and potential loss are what imbibes the series with such weightiness.

There isn’t much more to say about The Banner Saga 2 than what I said of the first — it’s more of the same, and considering that the first ended with many questions unanswered that’s quite welcome. It’s iterative, not innovative — so if you weren’t keen on the first, this one will not change your mind. And I can’t imagine it would be as remarkable if you didn’t have save data from the first game. But in terms of weaving a compelling, multi-game narrative, the second entry in the series continues its quiet march.