Impressions: SteamWorld Heist manages to steal my heart on Switch

It takes a lot of brass to shake up the strategy game formula, so who better to take on the task than Image & Form? Originally released on the 3DS, SteamWorld Heist has made its way to plenty of platforms between then and its present Switch release. Throwing out overhead views and battle screens and polishing the SteamWorld shine to a new, space-themed luster was the name of the game when Heist first released, and the result didn’t disappoint. Now with freshly tightened bolts and fresh boilers, we’ve got the Switch version in our hands to show that the best machines don’t need that much maintenance when you get it right the first time. 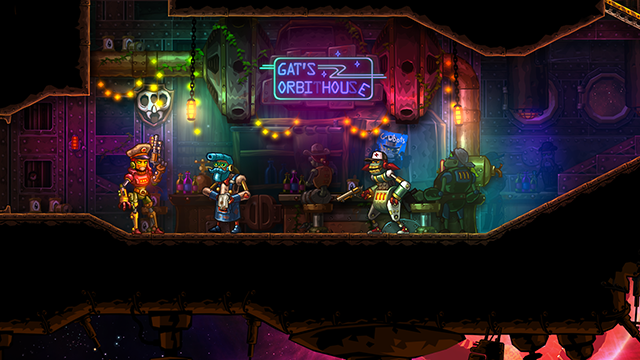 For anyone who hasn’t played yet, Heist takes place in the far flung future of the known SteamWorld, though it doesn’t require you to have played through the two Dig titles (though I’d definitely recommend it). Because of the circumstances that lead to hitting the old space-dusty trail, all the characters still have that charming old west vibe, though now with space pirate flavors added to the mix. It all works, both in its world building and the pun-filled writing the studio has managed to have a knack for at each turn.

As I mentioned, this entry’s a strategy game, though one that occupies a unique niche. Nintendo fans might see similarities to Mario + Rabbids: Kingdom Battle in how there’s cover to hide behind as you take your shots, though the game’s entirely 2D in its presentation. 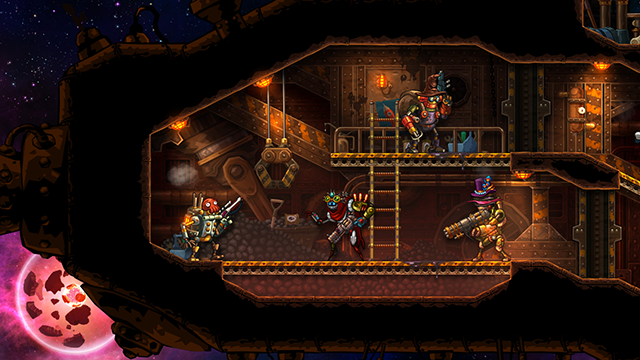 You’ll trek through (mostly procedurally generated) enemy vessels, grabbing random swag as you go while trying to pick the best vantage points to both avoid enemy fire and pick them off safely. At least that’s how I played; once you progress and grow your crew of ragtag robo-pirates, new strategies and synergies develop with an emphasis on rewarding skillful play.

Nowhere is this most apparent than the ability to ricochet shots. When drawing their weapons, characters stand and wait for you to pull the trigger, giving you time to line it all up and potentially bounce some impressive trick shots, even on targets just off screen. Pulling off my first during a clutch heist was one of my favorite parts of the experience, as was discovering I could put that aim to use to knock off enemy hats to steal them for my own. Don’t let the need for good aim worry you too much though, as laser sights are available on some weapons to help ease you into being a real deadeye yourself. 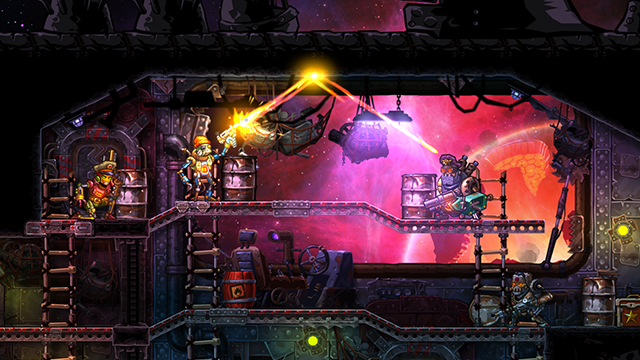 Even with new settings, characters and style, this is still the same SteamWorld I’ve come to really enjoy. If you were a fan of Dig or Dig 2 and haven’t gotten around to Heist, you should definitely consider it. The Switch version not only has all the benefits native to the system (including optional touch controls that fit the game), but also contains all the DLC previously released for the game at no extra cost. If you’ve already been through this one it may not be enough to get you to do it all again, but for potential first timers and those that just love the system, Heist is a more than worthy addition to its ever-growing library.