When it comes to enjoying an RPG, especially one that’s dozens of hours long, it’s vital you relate to the characters in one way or the other. That aspect is what may make or break Shining Resonance Refrain for you.

A port of a 2014 Japan-exclusive PS3 game, Shining Resonance Refrain is the latest entry in the long-running Shining RPG series from Sega, though at times it feels in-name-only. Those original games were much more traditional RPGs of the era, while Resonance follows in the footsteps of many modern titles by appealing to otaku trends. One of the main characters effectively wears a maid costume combined with knight’s armor, for a bit of perspective. Whether this is your cup of tea is entirely subjective, but I get the feeling many fans of the old Shining games will be baffled, if not annoyed, by the shift in tone. 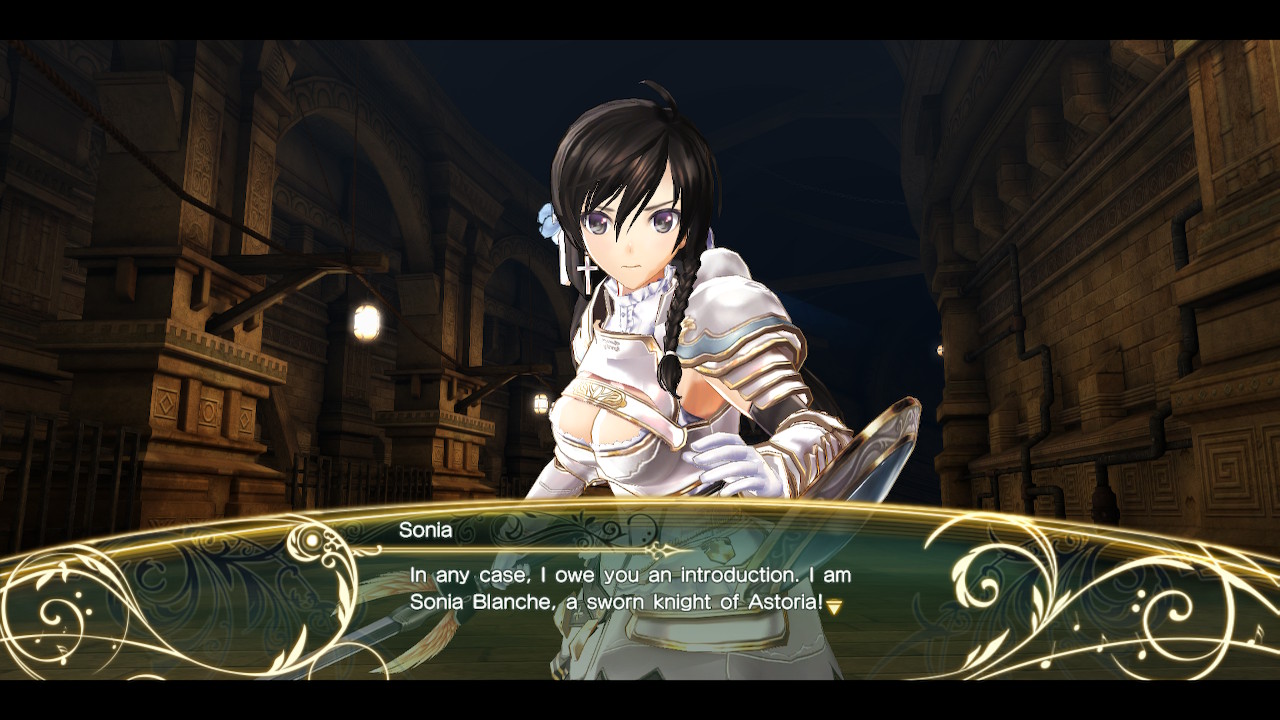 The same goes for the aforementioned characters. Much of Shining Resonance is spent in visual novel-style cutscenes, which, while fully voice acted in English, can feel over-long, especially as the game spends no real time giving you reason to be attached to the people speaking. Once again, accepting this relies on your tolerance for tropes and what can at times feel like blatant fan-service.

These aspects can be a bit of a shame as the core gameplay itself is quite engaging and fun, even if it doesn’t push any boundaries. Touching an enemy on the field instantly enters you into a combat mode, where you pummel your foes in real-time combat. What makes this more interesting than your average hack-and-slack game is the stamina system, which appears as a circle around your character’s feet. As you land standard attacks it drains, and when it’s fully empty you can’t use any more of those basic attacks until you let it recharge. Special attacks, though, aren’t affected by this stamina system, meaning the effective strategy is to unleash a flurry of standard attacks and finish it off just as your stamina drains with one of these powerful MP moves. 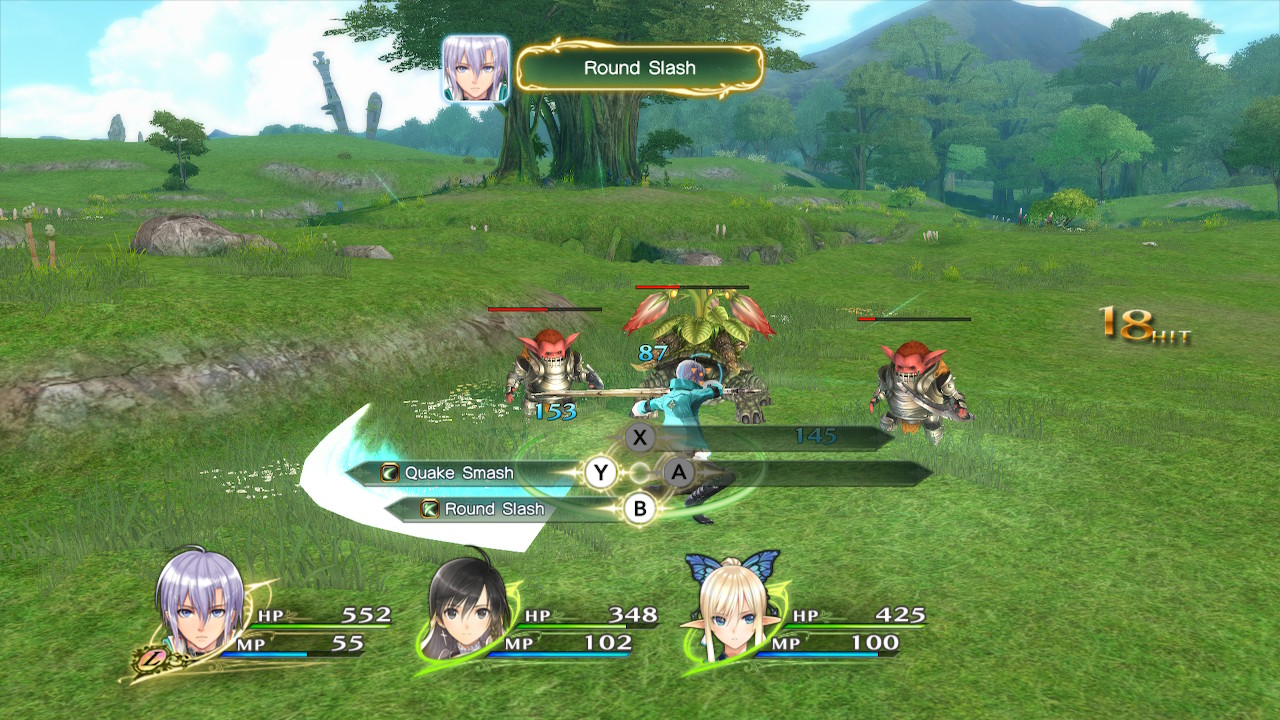 Adding to the tactical approach is the fact each character unleashes a unique attack string and you can freely swap between them at will. While the sword-wielding characters are pretty standard fare, swapping to the archer Kirika means keeping your distance and taking up the responsibility of healing. You also have the option to transform main character Yuma into the titular Shining Dragon itself, which controls completely differently with its own strengths and weaknesses.

The third major pillar of the game after the visual novel narrative and battles is the exploration, which once again feels like standard fare for the genre. You run across wide open fields, take down enemies, and harvest various materials for alchemical crafting. One interesting wrinkle is the inclusion of weather systems which can dramatically change up the enemy variety on the field, such as powerful frog monsters appearing during rainfall. To change the weather you simply need to rest up at an inn or camp, where you can also get some extra cutscenes with a party member of your choice, finally giving them some more defined personality. 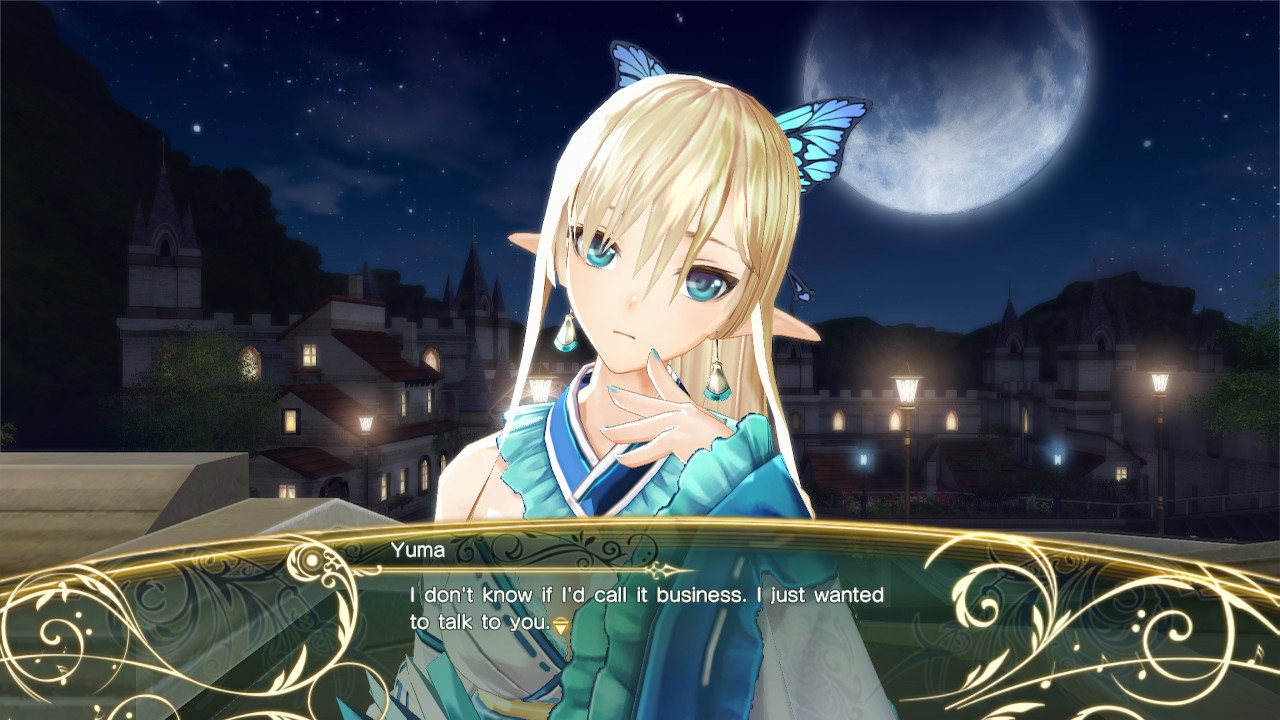 In terms of content Shining Resonance Refrain definitely delivers. Not only does it feature the original game in its entirety, with all DLC included, but there’s the “Refrain” mode. This is an alternate side story that expects knowledge of the main mode, promising even more hours of adventure in the game’s world.

Personally speaking, Shining Resonance Refrain didn’t do much for me, but it’s not hard to see that it may be an enthralling adventure for others. The best advice I could give is to play the demo before you make a decision – while it’s missing a lot of the enjoyable exploration and combat options, the story and character beats are a good indication of where it’s heading, and those are set to be the most divisive elements by far.