Normally, I like my shooters cute and horizontal, but Ikaruga — a game that doesn’t quite fall under my usual scope — still caught my attention. It was a name I heard again and again as a prime, yet accessible, bullet hell shooter. While I played my Fantasy Zones and Parodiuses, reviewers’ and fans’ frothing demand for the game kept increasing. So here we are on Switch, and I can finally experience Treasure’s known and notable vertical ride.

Nothing’s going to shake my love for cute ‘em ups, but it feels satisfying that I now know the thrill of sliding between shots with nothing but tension and tenacity coursing through my veins.

Learning the ins and outs of Ikaruga didn’t take too long, as the game operates on a few simple mechanics. Every enemy is either white or black, as are their shots. You, piloting the titular ship, can shift your own color and polarity between white and black and become invincible to shots of the matching color while strengthening your attacks against the opposite color. So while you’re shifted to black, you’re immune to any and all black shots while a single white one will cost you a ship. 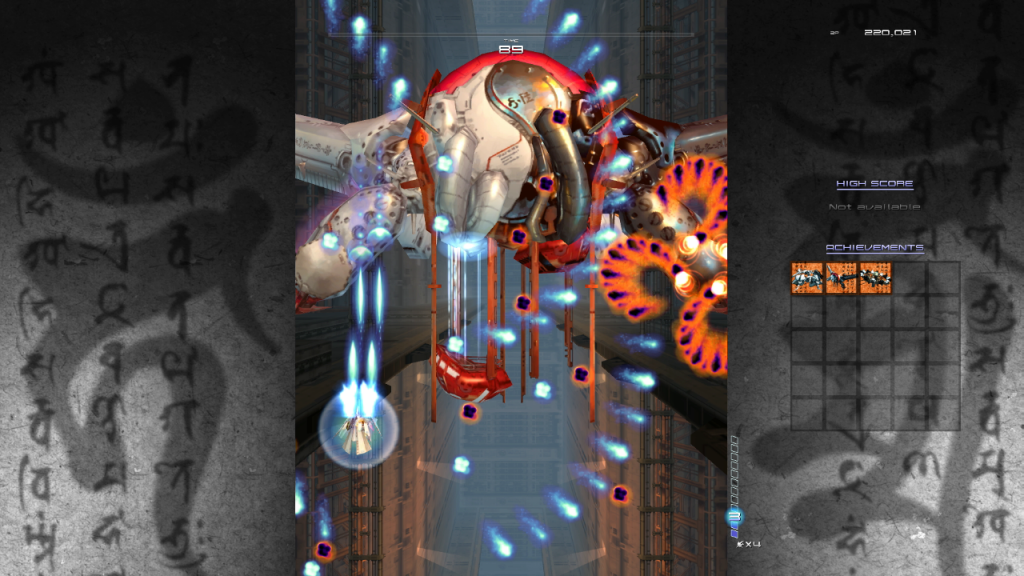 This back and forth shifting becomes poetry in motion, rewarding players who can both memorize enemy placement and shot timing and properties. By continuously firing, moving, and shifting your polarity, you become an untouchable single fighter taking on wave after wave of ships and shots. It’s a vertical shooter first and foremost, but it got me thinking about both rhythm and puzzle games — and for me, that’s a very, very good thing.

Surviving and completing stages is one thing, but if you’re out for high scores you need to understand the other mechanics at work. Any time you destroy three ships of the same color in a row you’ll receive a score multiplier. Sometimes it pays to stop shooting in order to build your combo, while also dancing between black and white to survive and shred enemies faster. 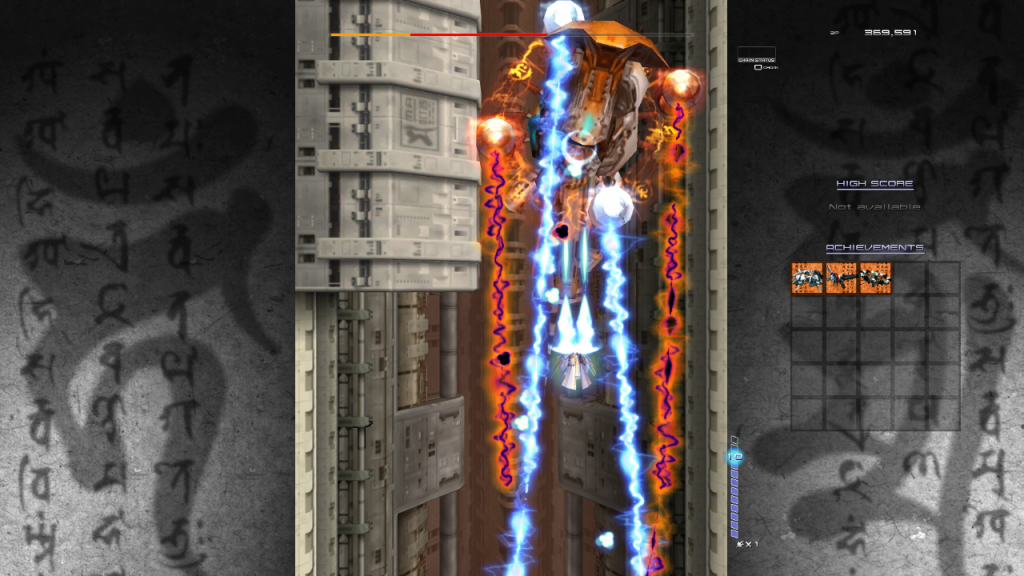 It’s simple to understand, yet wholly addicting and easy to lose yourself in. There are only a few stages in this game, but every playthrough and attempt becomes an opportunity to do just a bit better. To shift better, time your shots better, and keep that combo going to raise your ranking. Blast everything on screen with a laser array that you earned instead of something you just picked up while playing.

That’s really all there is to the game, and in this situation that’s not a bad thing. It’s distilled and delicious, with no filler in this highly condensed package of gaming delight. You’ll end up frustrated, you’ll have to dig into extra material if you care about narrative and lore, but what you see, hear, and do in-game will stay with you regardless. 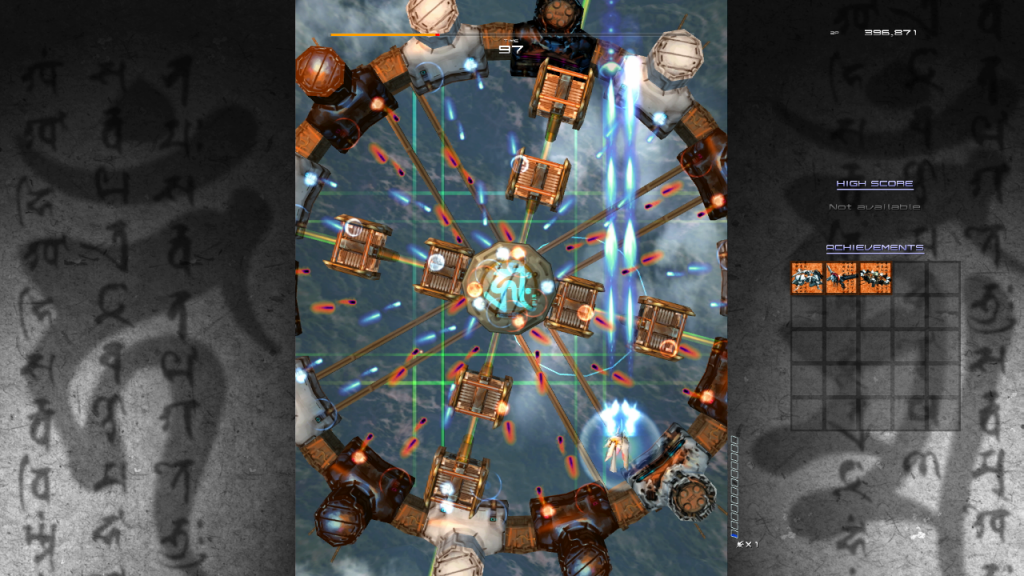 I will not die until I achieve something

Unique to the Switch version, you can easily replicate the vertical display by having the console propped up in the proper orientation and adjusting in-game settings. The Joy-Con works well here as a controller, though I caught myself playing in handheld mode more than anything. It’s the perfect setup for being able to step away and take a breather after a particularly tough run through a stage, especially if it ended in untimely failure.

Ikaruga is an easy recommendation as a Switch game to add to your digital library. While it might not win over anyone after a sprawling adventure or engrossing story, if you like your game refined and replayable, then Ikaruga is the answer. Be prepared for the overwhelming challenge of a nearly infinitesimal amount of obstacles, and the incomparable satisfaction of making it to the end. It may not be cute, but it’s clear that this one’s a cut above the rest.