In the same week I reviewed Under Night In-Birth Exe:Late [cl-r], a lightning-fast anime fighter, I’ve also had the pleasure of playing SNK’s Samurai Shodown — the polar opposite kind of game. Samurai Shodown on Switch is a port of the 2019 reboot of the series that appeared on other systems in June. The games are known for their huge hitting attacks, focus on reactions, and art and music inspired by Japanese history and folklore. While some of the older games can feel a bit obtuse in their system and controls, this new entry feels fresh, different, and challenging.

Whereas Under Night is all about fast attacks, air dashes, and safe blockstrings, Samurai Shodown is a game about patience and commitment. Combos in this title are never more than two or three attacks. Other than your fastest — and weakest — jab attacks, your attacks leave you wide open when they miss. Much of the game revolves around openings to land your Heavy attacks. One Heavy hit can do upwards of 30% of a lifebar, and supers can do anywhere from 50 to 80 or so. Jumps are also very high, slow, and floaty. Basically, throwing out moves willy-nilly will leave you exposed to take huge damage. 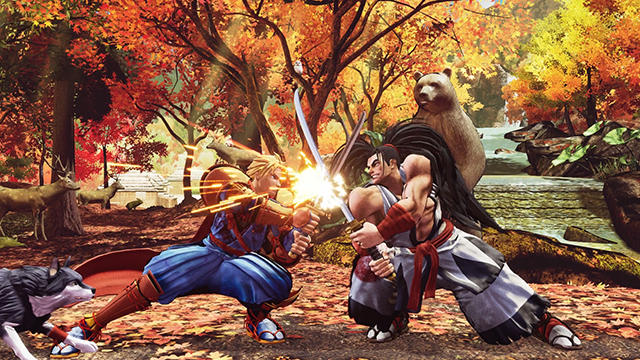 This dependency on risky attacks means that much of the match is spent with players standing apart at full screen, performing a back and forth dance, trying to bait the other player into attacking thin air. More so than any other fighting game, Samurai Shodown depends on predicting your opponent, reading their gameplay, and conditioning them to do what you want.

Each character has a relatively limited move set, with most only having a handful of special moves. These are supplemented by a few other systems, including the ability to deflect attacks and disarm the opponent, and a Rage meter that builds when you take damage. Once full, you can — one time per game — activate a special state that drains your Rage but powers you up and gives you access to a lighting-fast dash attack that does almost an entire lifebar of damage. 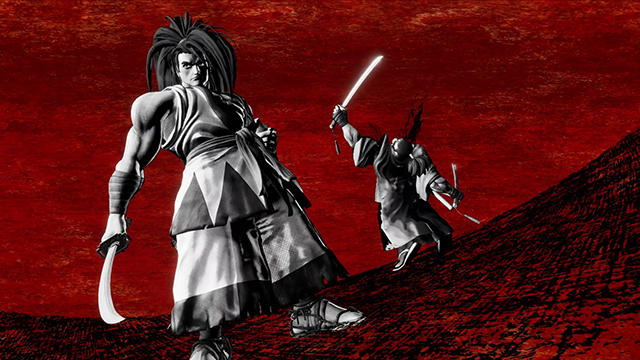 While you’re holding down and back in the corner, waiting for your opponent to do something dumb, you’ll notice that Samurai Shodown looks pretty nice on the Switch. When in docked mode, the models have a bit of a jaggy outline, but the frame rate is solid and the painterly art style works great. In handheld mode, the game looks much muddier and low resolution, most likely to make sure it still runs at a solid frame rate. It still looks fine, and I would sacrifice graphics for performance any day, but the difference is noticeable when switching between the two modes. In the end though, the team managed to port the game to the Switch without sacrificing graphics too much, and I’m pretty thankful for that, as the art and animations are beautiful.

The online suite is relatively standard, with ranked matches and player rooms. The game also has a mode similar to ghosts in Mario Kart, where you can fight AI versions of other players. All in all, the netcode is overall quite good. I did have a few matches where some skipping occurred, but the majority were fine when factoring in all the time I put into gameplay. On top of online, the game has the usual suspects of an Arcade mode, Survival, and the like. A full story mode might have been nice, but I can’t really complain with such good gameplay on offer. 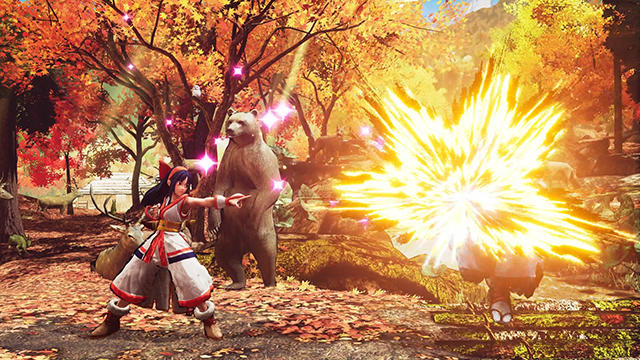 Overall, Samurai Shodown is a great fighter for Nintendo Switch. The lack of combos and dependence on single-button punishes mean that the Joy-Con buttons work fine for the combat and won’t impede your ability to win. The port, even if it came many months later, runs beautifully — and with the beautiful art style mostly unchanged. So if you’re looking for an extremely easy to start fighting game on Switch, Samurai Shodown’s an excellent choice, no matter how you slice it.