While I’m not the resident reverent roguelike rapscallion (that title goes to the superior spelunky savant Matthew Weidner), I do enjoy a jaunt through an ever-changing dungeon or two every now and then. The cyclical design of the genre allows for a perceptible change of skill growth in your own abilities while never really running out of steam. And Rogue Legacy understands this well, putting the emphasis on incrementally improving yourself over time to provide a side-scrolling roguelite with teeth.

RL utilizes its roguelite design with an interesting framing device — each successive playthrough follows your previous character’s child, creating a genealogy of odd abilities and dumb deaths. You can choose between three randomly-generated options for an heir each time you start a run, each with their own class, sub-weapon, and quirks ranging from being klutzy to having prosopagnosia. These quirks can vary to mildly beneficial/detrimental (O.C.D. gives you the ability to recover mana by breaking stuff), to largely inconsequential (coprolalia makes you swear upon getting hit), to pure flavor (sexual orientation, to my knowledge, has no effect on your character). 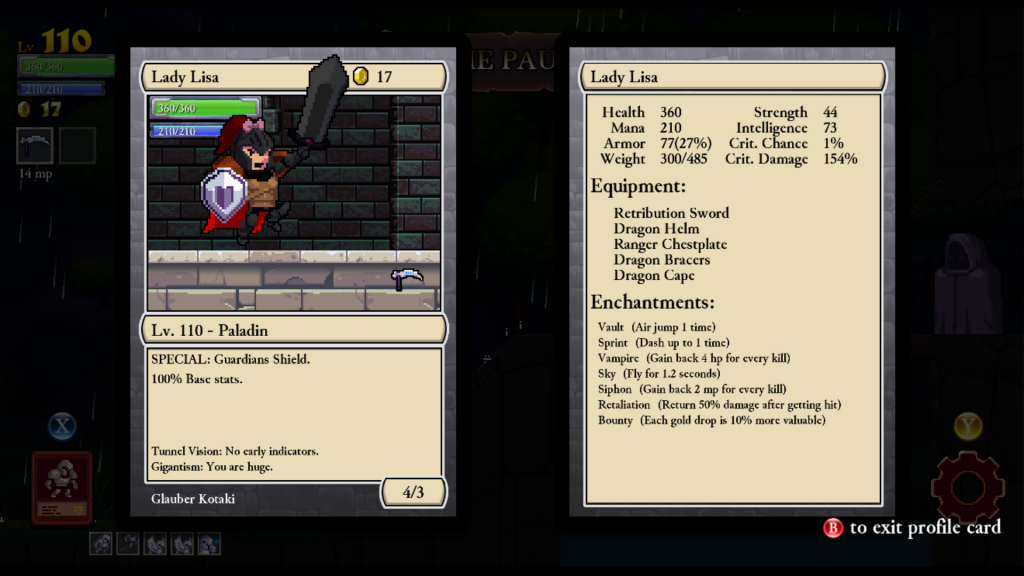 Choosing an heir is always interesting, because you’re sometimes stuck between a couple really good options or three awful ones. You may find a certain class to be to your liking, only saddled with traits that are actively harmful, and vice versa. Trying to make the most of a bad run is one of the more fun elements of a roguelike, and Rogue Legacy certainly provides the option.

Another element that sticks out is the progression — instead of unlocking items that you could maybe, potentially, possibly happen across in one of every dozen or so runs, you can unlock upgrades and equipment from money you made in the most recent attempt (assuming you find the right blueprints for certain items). This allows for a more permanent sense of progression than just your pure skill, and allows you to more easily strategize depending on your character. The Lich-class (gains max HP upon killing enemies), for example, pairs well with vampiric (steals HP) equipment, while mage types do well with items that syphon MP. It takes a while for these options to open up, but once they do it can really make the runs feel different. 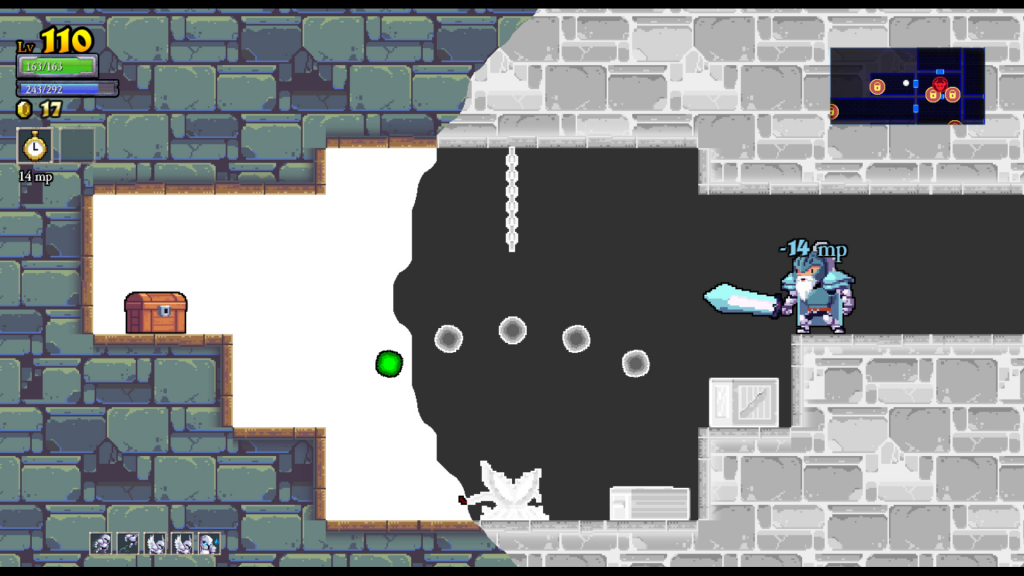 The game is designed like many other roguelikes — you’ll venture through a procedurally generated castle, finding loot and battling monsters as you progress. RL is not a linear level-by-level ordeal, however, as you’re free to explore four different zones in your effort to find and defeat four different bosses and open the door to the final boss that looms at the front. And you won’t have to defeat each boss each run — once in the entire game is enough.

One of the game’s more interesting features is the ability to lock down the castle’s design, thereby keeping the same layout, teleports, etc. that you just explored. This has drawbacks, of course — none of the previous chests are refilled, and your money intake gets significantly cut back — but it’s a great way to focus on defeating a boss, or clearing one of the myriad Fairy Chest trials that require you to fulfill special conditions (ranging from ‘kill everything’ to ‘take no damage in this hazard laden room’). It’s situationally great, and another addition that makes Rogue Legacy stand out. 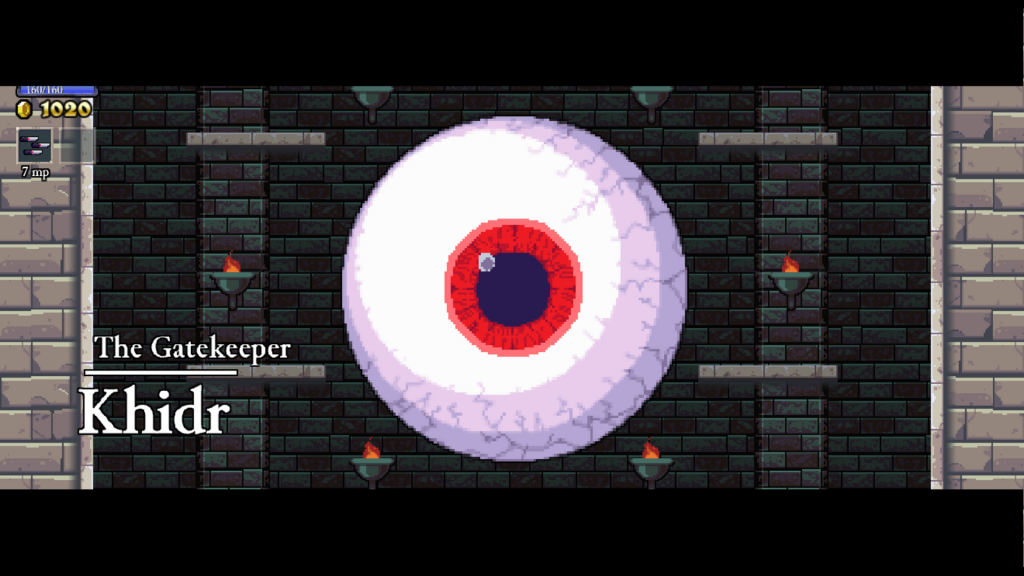 If I had to pick out one aspect of the game I’m not as keen on, it’s the art style: not awful, but it feels a bit generic and blocky, and none of the enemy or environmental designs are particularly inspired or interesting. There are some funny graphical effects you can get with particular character traits (such as color-blindness or near-sightedness), but visuals are overall lackluster. The soundtrack fares a bit better, especially when you find a jukebox room in the castle and can select your own beats.

The Nintendo Switch is already a great system for roguelikes, as the genre is conducive to a runthrough or two as you take the bus, and Rogue Legacy is another solid consideration for your library. If the genre’s general proclivity towards pure skill and self-improvement turn you away, then it offers a more substantial (if slow-paced) sense of progression to spur you on your way. It’s well-designed, fun, and makes you feel accomplished — and sometimes that’s all you need from a game.