Impressions: One Step From Eden is as addicting as it is difficult

It feels like every year of the system’s life there are a couple of indies that manage to stand out and become my Switch obsession for a time. Games like Wargroove, Into the Breach, and The Messenger — all of which I’ve gushed over multiple times in the past. I’m happy to report my early 2020 addiction has arrived, and it’s the fast-paced, grid-based deck building of One Step From Eden.

Nothing much in the way of story was provided once I took control of lead character Saffron, who (along with a similar cast of bosses/playable characters) are making their way through a war-torn world to try and reach a literal and figurative Eden. You’re dropped into the game with minimal instruction, but learning the ins and outs and building up my capabilities became a big part of the appeal that drove me to pour nearly 2nd the 0 hours into the game since release. 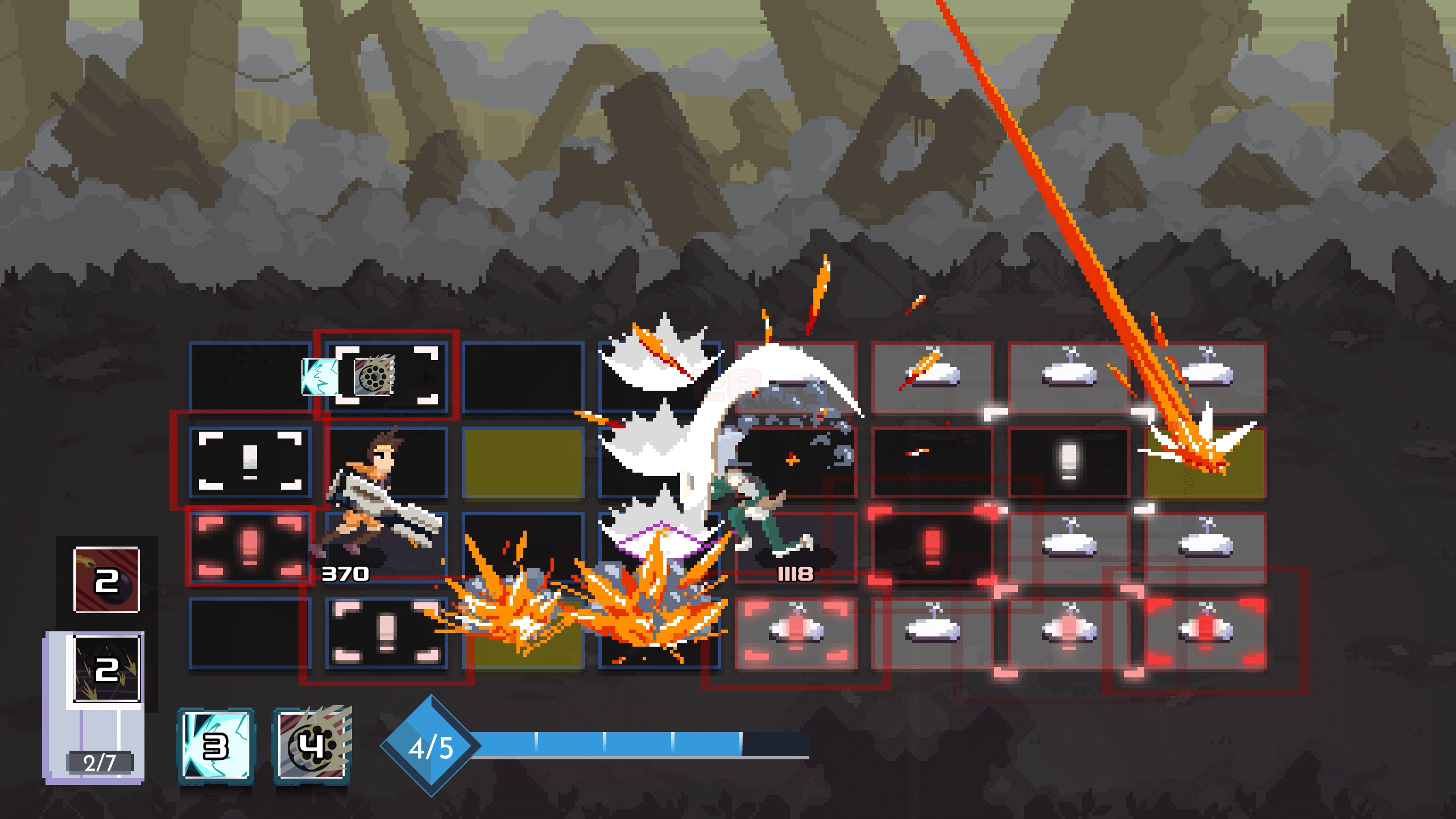 While at a passing glance the game might bring Mega Man Battle Network to mind (and it definitely is an inspiration), One Step From Eden does things its own way, being composed almost exclusively of combat portions rather than any semblance of exploration. You simply pick a branching route in each of the game’s stages and go from bout to bout, slinging spells and dodging increasingly myriad attacks as best you can. It’s a very quick game, defined by split decisions and actions laid in place by choices made between fights.

Those choices come from the game’s deck building, where hundreds of spells and artifacts are draftable at random from won battles, rescued hostages, shops, and level-ups. While it can be tempting to just grab any and everything you can that sounds cool (and that’s as good a starting point as any to get a feel for things), the game rewards taking a clear direction with your deck, with spells organized into well defined and synergistic families. 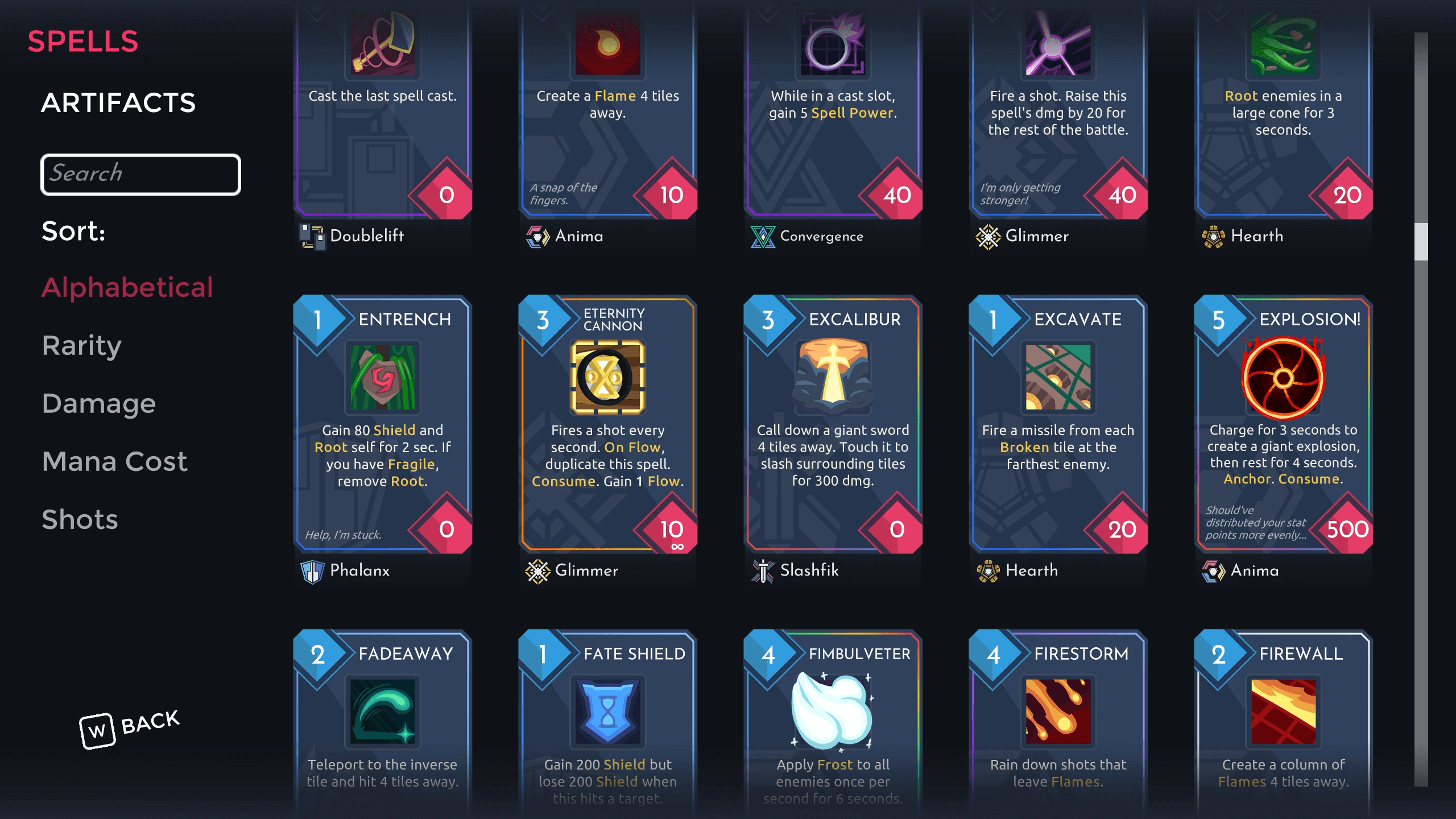 Among these are damage dealing spells, status-inflicting spells, shields, teleports, structures, cascading and stacking mechanics, and passives that all add up to tons of options. The breadth and depth of these cards are as staggering as they are addicting, and I’m still seeing things I never have even now. Not since Slay the Spire have I found a Switch game that makes deck building this interesting, complemented by the game’s pace and structure.

For beginners, building up Shield can help alleviate just how many things can hurt you from stage to stage but eventually you want to be able to reliably dodge and maneuver around shots and enemies. Somehow this game can even scratch bullet hell itches, a testament to its speed of play. Once I started to build more damaging options, such as poisoning over time or chipping enemies down with quick-firing kunai, I was going from miles away from Eden to mere skips. This just scratches the surface, and once you gather up some rare, dynamic spells to complement your solid foundation every fight is a chance to flex and to improve even more — if you survive.

It’s worth saying clearly that One Step From Eden is not an easy game. I still haven’t pulled off a finished run despite the time and strategies I’ve invested. Instead I’ve managed to unlock each playable character (save one, more difficult acquisition) and put together some impressive decks in doing so, but, as is the case with all roguelikes, each go-around is a clean slate. There is a clear sense of progress, but boss fights are unrelenting at later levels and sometimes you get an unforgiving group and number of enemies on your way there.

Everything that makes One Step From Eden great is unfortunately held back (at present) by some technical limitations. The game has launched both on PC and Nintendo Switch, and while PC is receiving patches regularly to address balance and technical issues, the Switch release is getting these at a slower rate due to the certification process. This is nothing new for indies, but when there’s occasional slowdown and a known crashing issue it sadly holds the handheld hybrid back as a platform.

If everything here sounds appealing to you and you know you’ll be as addicted as I am, consider the PC version for its more direct and regular support. The Switch version is certainly playable as-is (and is my preferred platform despite the bugs), and is going to see at least some of these adjustments to make the game more accessible and glitch-free. Regardless of where, though, One Step From Eden has thoroughly impressed me across all fronts (the art, pixels and music don’t disappoint!) and anyone after a game equal parts methodical and reflexive need look no further.