When it comes to Warriors/Musou games, Nintendo fans are a little spoiled. Both The Legend of Zelda and Fire Emblem have dedicated entries, melding what makes those games special with the crowd clearing, button mashing gameplay Koei Tecmo has been doing for decades. While I may be biased towards those, my first real foray was with 2012’s One Piece: Pirate Warriors on PS3, which I found to be a serviceable sendup to the series.

Now it’s nearly a decade later, Luffy’s deep into the New World, and Bandai Namco has just released One Piece: Pirate Warriors 4. It’s not the first time the Straw Hats have come to Switch, and while it has its problems it still manages to carry its legacy and work as an addicting action game despite them.

Where the Pirate Warriors games stand out is their characters, bringing the unique Devil Fruits and other abilities of One Piece to players’ hands. Pirate Warriors 4 makes over 40 characters from the series’ 23 year run playable, with others showing up as unique opponents along your way from Alabasta to the game’s take on Wano. They live up to expectations, as I know no other Musou games that let you control a human castle, musician skeleton, or literal sandman; and that’s less than one tenth of the roster. 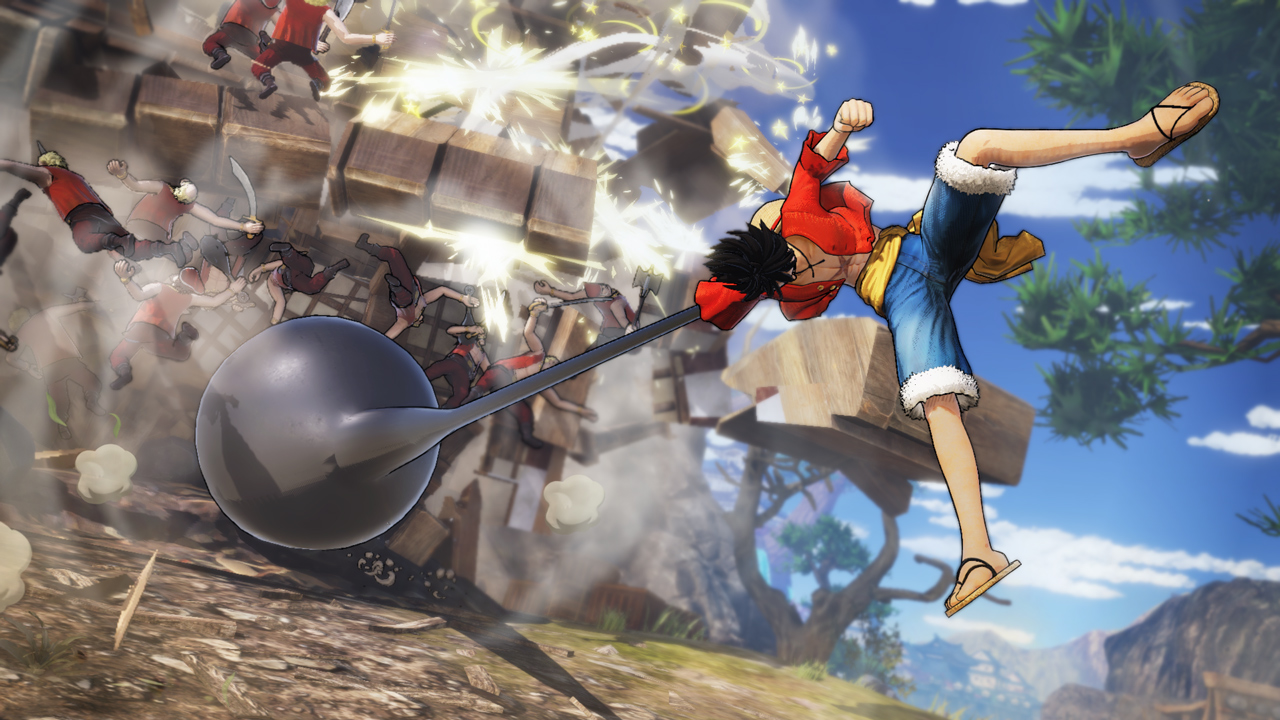 Characters are classified as different types, such as Power, Speed, or Technical that dictate how they’ll play in broad strokes. Power characters focus on raw damage while Speed make better use of the game’s dash feature and keeping combos going, but are both fairly straightforward in their execution. Technical on the other hand have more specialized features, such as Trafalgar Law’s reality manipulating “Rooms” or Bartolomeo’s barriers. It takes a little more effort to use this character type effectively but it’s also where the game and characters get most creative.

New features to Pirate Warriors 4 include “Sky” type characters, who focus mostly on aerial combat. Launchers have been put into characters’ movesets but Sky characters (like post-timeskip Sanji) excel in using them and follow ups off the ground. Characters are also given four special move slots, letting them use the crowd-shattering Musou attacks familiar to the series alongside instal buffs based on their character type and other unique or memorable moves. These new features help the game stand out amongst the many other Warriors games, but don’t particularly enhance the familiar formula.

Creator Eichiro Oda’s art style and world are faithfully captured, and the original Japanese voice cast delivers there all through some of One Piece’s most memorable moments. Playing through the Dramatic Log mode treated me to a broad strokes retelling of the series, and while it delivers in the already mentioned ways I do have some issues. For one, many arcs are glossed over completely such as all of East Blue, Skypiea, and Thriller Bark; and that’s just from the first half of the story. These were featured in previous Pirate Warriors games, and while it could be redundant to kick Arlong’s ass once again it’s a shame to lose out on previously playable characters like Enel and Perona. 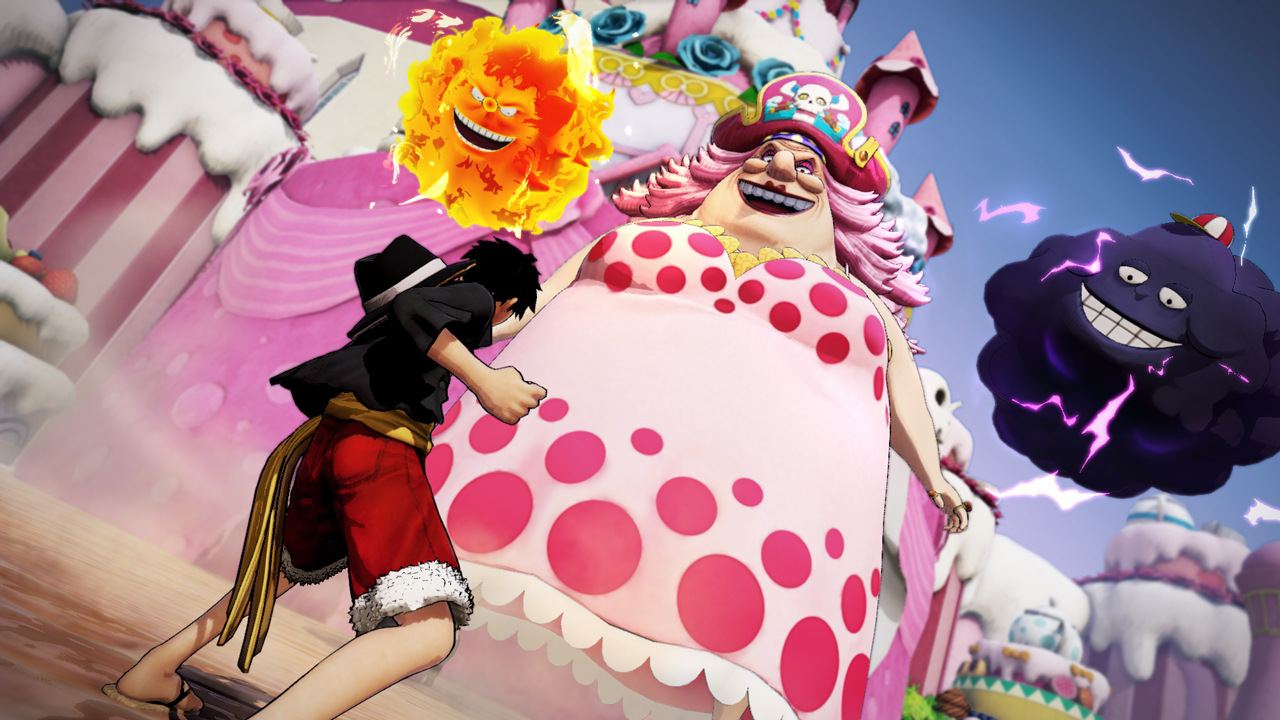 What is here is done well enough, so long as you don’t mind the occasional stretch of cutscenes about storylines you won’t be playing through. When playing in handheld, though, there’s a noticeable dip in quality. To Pirate Warriors 4’s credit I never experienced gameplay slowdown, but one notable incident had the crew’s new ship debut on a not fully loaded background, floating in the middle of a not-all-there Water 7. 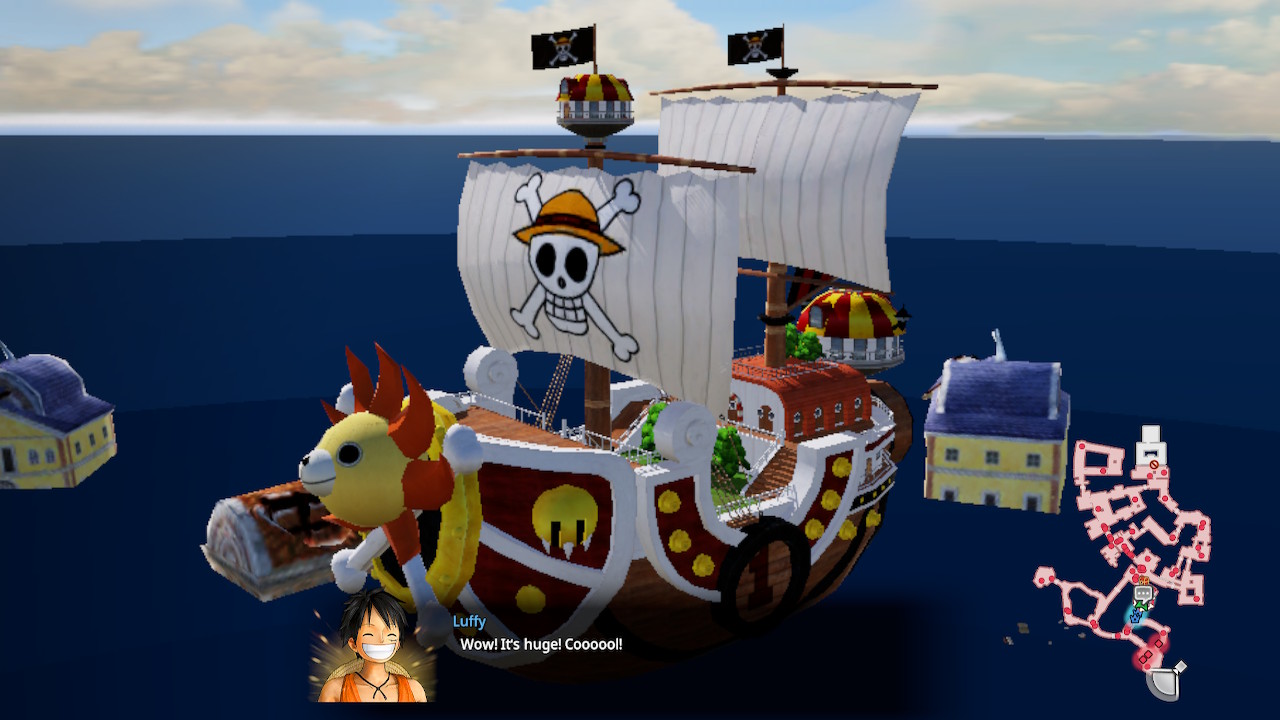 More commonly, characters can lose some of their detail and smoothness, and mooks’ movements become more limited. Some of this is to be expected, and I’d argue the convenience is worth it, but it did make me want to play docked for my more favorite scenes or fights. One thing that did detract from my experience though was the localized text – some general errors, inconsistency between terms within the same mission (“Marines” and “Navy” being the most common), and more would crop up semi-frequently.

Beyond the Dramatic Log (where character choices are locked based on the plot), Free Log lets you pick who you like as you like to grind out materials and level up characters. This and Treasure Log, a mode with unique non-story missions and rewards, are tailored more to Warriors fans than One Piece fans and offer up plenty of replayability. Character and ability progression is presented on a fitting treasure map style screen, letting you chart from island to island once you have the requisite materials (coins, in this series’ case). It’s all straightforward and makes developing characters as a whole, and those you like most, straightforward and in line with the game’s theming. 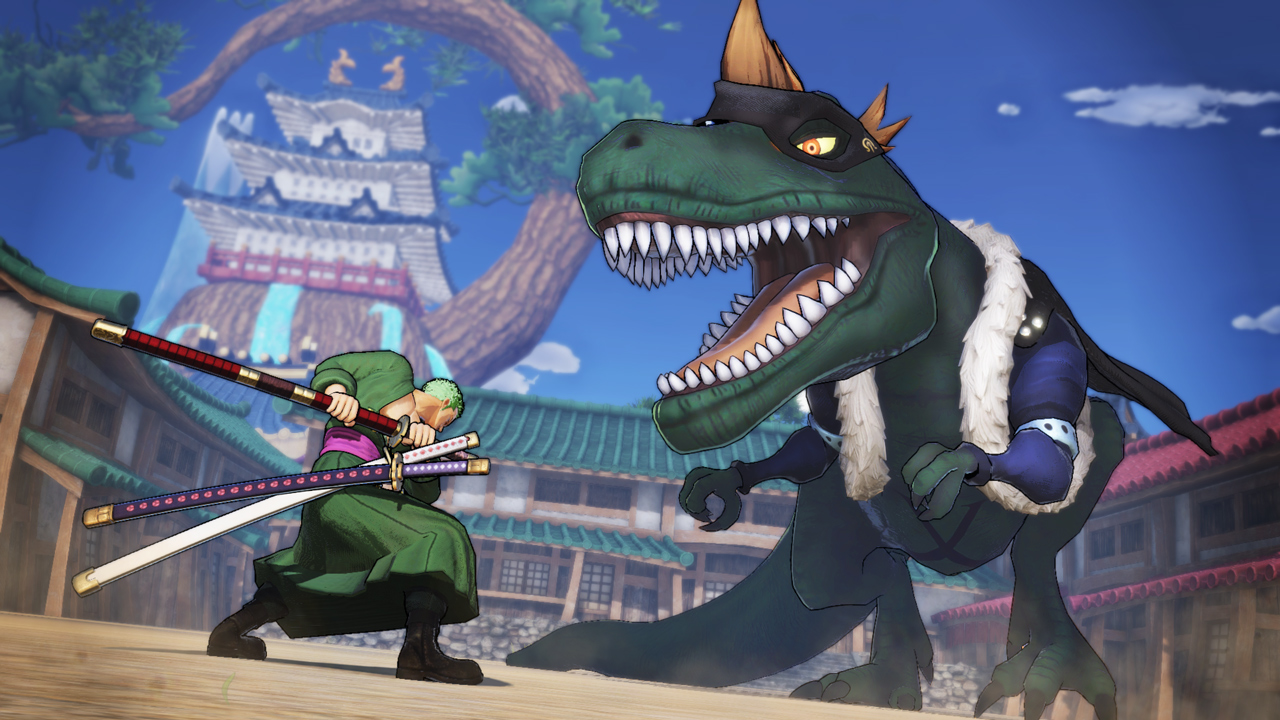 Though it lacks polish in places, One Piece: Pirate Warriors 4 has it where it counts. The characters, abilities, iconic moments, and vibe are all intact with most issues being limited to handheld. Gameplay is fairly standard Musou fair but with some new ideas befitting the property, and it still makes things enjoyable even with three previous installments existing. Though it may not be a perfect, One Piece dream game it carries the will of this long runner and will likely hold fans over until the next Pirate Warriors comes ashore.