Games that try to mimic the monster-catching and raising aspects of Pokémon have become more common in recent years thanks to the efforts of indie devs, though their similarities and differences often vary a great deal. Temtem, for example, goes the MMO route and focuses entirely on double battles. Monster Crown, meanwhile, is decidedly more retro with a mature bent to its story. Then there’s the Nexomon games by VEWO Interactive, which simultaneously lovingly recreate key parts of the formula while skewering others.

The first game, simply titled Nexomon, has skipped the Nintendo Switch and instead we’ve gotten its sequel — Nexomon: Extinction. While characters and plot beats from the first are mentioned, they’re ultimately far removed from the narrative, which takes place 1,000 years later.

It’s via this narrative that the tone of Nexomon: Extinction is well-established, and it’s an odd one. The core story is quite dark, with the world being in a post-apocalyptic state, overrun by the Nexomon which in this universe are decidedly monstrous in nature, making it dangerous for those who can’t tame them to leave major cities. This sense of dread is compounded by the presence of Tyrant Nexomon, violent, powerful beasts that are threatening the entire world with their infighting to decide which shall reign above all else. 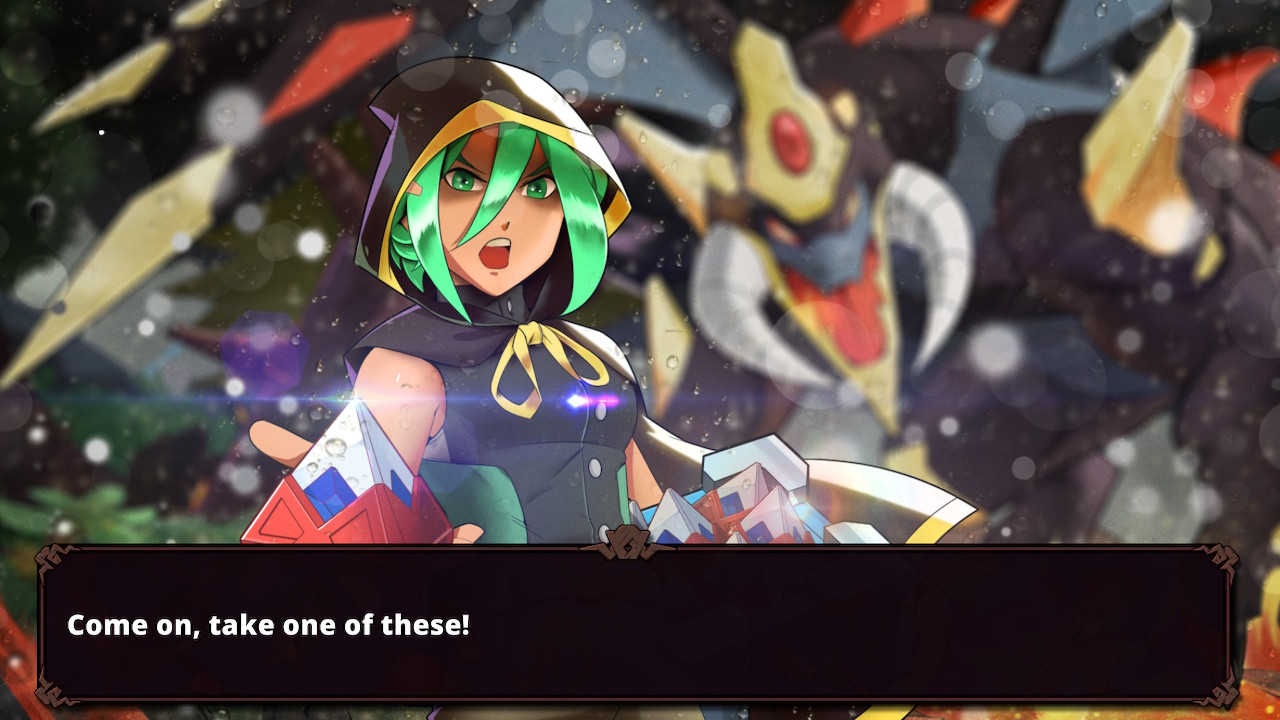 All of this is genuinely compelling, but then there’s the other side of the narrative, where all of the above is roasted by lighthearted shenanigans. Characters are constantly joking about their predicaments, with most of the jabs being directed at Pokémon tropes and conventions. One notable example being a character getting accosted by two villainous team grunts. In Pokémon, that’d lead to a battle. In Nexomon, she beats the stuffing out of them. And then you have a battle with them once they wake up.

In some ways this narrative disconnect can be distracting, but it’s salvaged somewhat by the writing being genuinely entertaining for the most part. Early on you’re joined by Coco, a talking cat, who gives off the vibes of a classic Paper Mario tattle partner, constantly breaking the fourth wall and being a cute goober about it. If you’re here for a serious story that leaves behind the kid-friendly veneer of Pokémon behind you’ll likely be disappointed, but if you want something that’ll give you a chuckle? You might just be in for a good time. 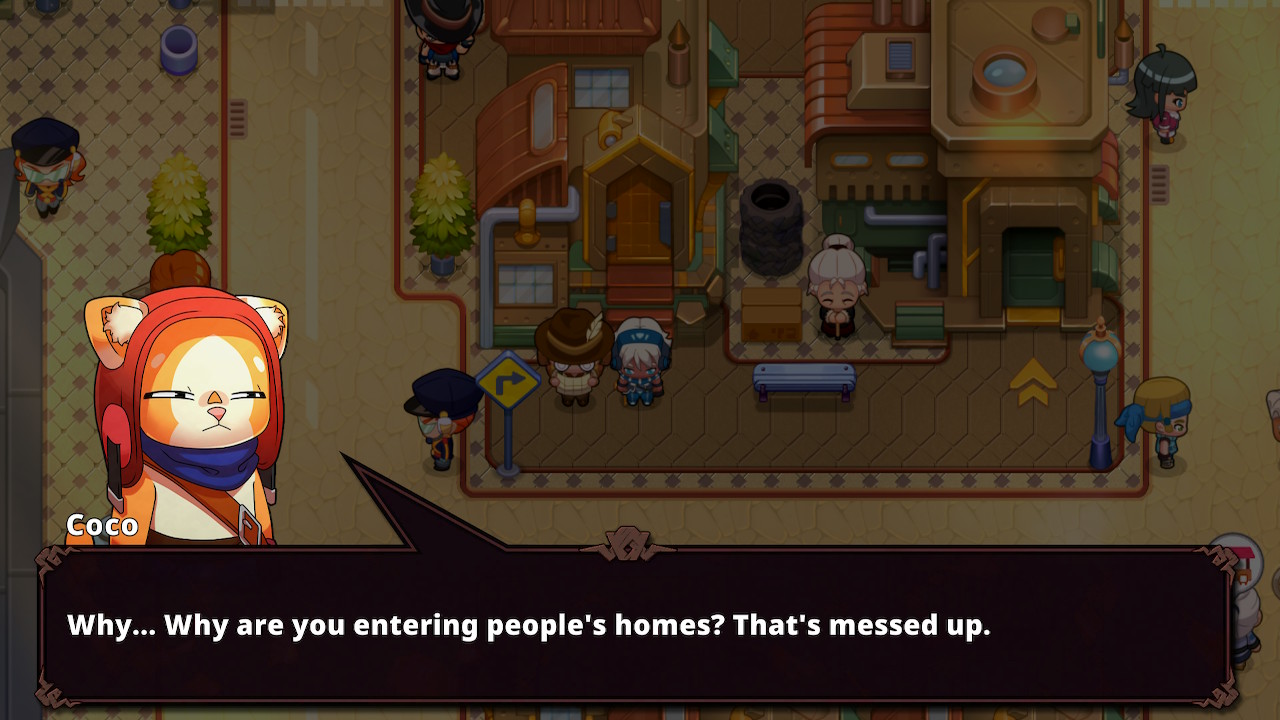 Of course the gameplay is what most will be here for, and while I’d typically like to avoid drawing too many comparisons to Pokémon, Nexomon outright encourages it. The elemental types are practically identical, the battle screen is extremely familiar, the monsters have similarly punny names and evolutionary trees, even the overworld graphics are clearly inspired by the DS era of Pokémon games. But in many ways these similarities hinder the game rather than help it, because while it looks like a Pokémon game, in key ways it doesn’t play like one.

Take the type effectiveness chart, for example, which frustratingly isn’t easily accessible in-game. The obvious match-ups remain true — water beats fire, water won’t do much against electricity… But what about electric being strong against psychic-types? Or ghost being effective against normal-types? It was inevitable there’d be some differences — wholesale lifting Pokémon’s design document would be taking the imitation a bit too far — but the degree to which the rest of the game encourages that sense of familiarity means you’ll often be second guessing yourself or questioning the game’s decisions.

Not that you’re given much time to second guess yourself, as battles fly by at a rapid clip. Once you input your move selection, things will speed along. Gone are the lengthy sentence descriptions for each and every move, replaced by a single line at the bottom of the screen that’s only there for a matter of seconds. This is doubtless a fantastic decision for late-gameplay, once you’re familiar with every move you can effortlessly muscle-memory your way through; but early on it leads to a lot of confusion, and once again it’s worsened if you’re expecting Pokémon terminology to be used (rather than “Super Effective” it’s simply “Effective”, for example). 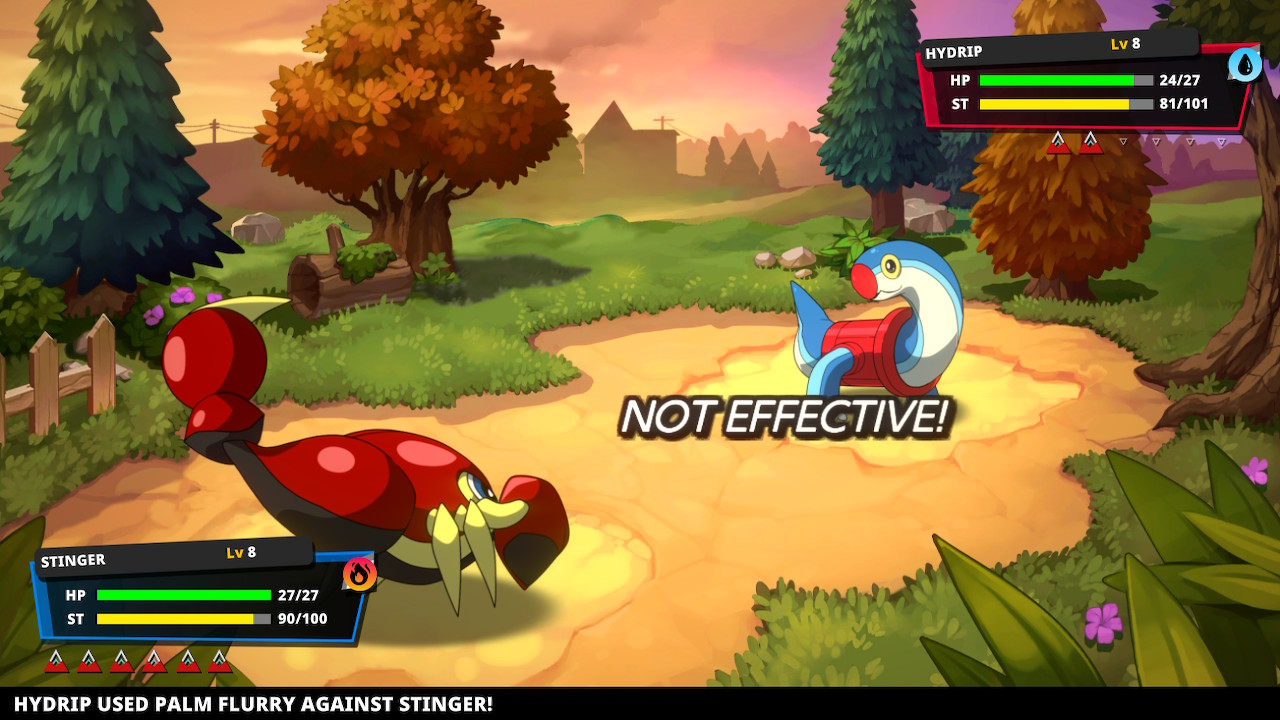 One strength Nexomon undeniably has is its variety of monsters. With over 300 available, which you can check out on the online Nexopedia, you’ll doubtless find something you’ll like, and each new area is filled to the brim with new critters. Better yet, the game encourages you to explore, with an open-world design where enemy tamers and wild critters scale to match you. This means if you want a ghost Nexomon early on, you can venture to the designated ghost-filled area and be good-to-go. One oddity, though, is that all Nexomon are mono-type, but many learn moves from different types to help you cover ground.

Capturing creatures is also made easier compared to other monster battlers. Rather than giving you vague estimations of the efficacy of your capture item, Nexomon gives you a full breakdown with a percentage number, and multiple options to help raise it. On top of the standard “lower HP and apply status effects” rules, you can also throw them some snacks, or change your Nexotrap to one associated with their typing. With enough time, patience, and money (which thankfully you earn from wild battles as well as tamer battles), you could smoothly get a team of the Nexomon you want.

Another pleasant change is that, while wild Nexomon hide in tall grass as is expected, they only pop up if you walk into the shaking grass tiles. With how often your HP drops in the early game and the price of healing items, this is a godsend for when it comes to making your way back to healing stations. 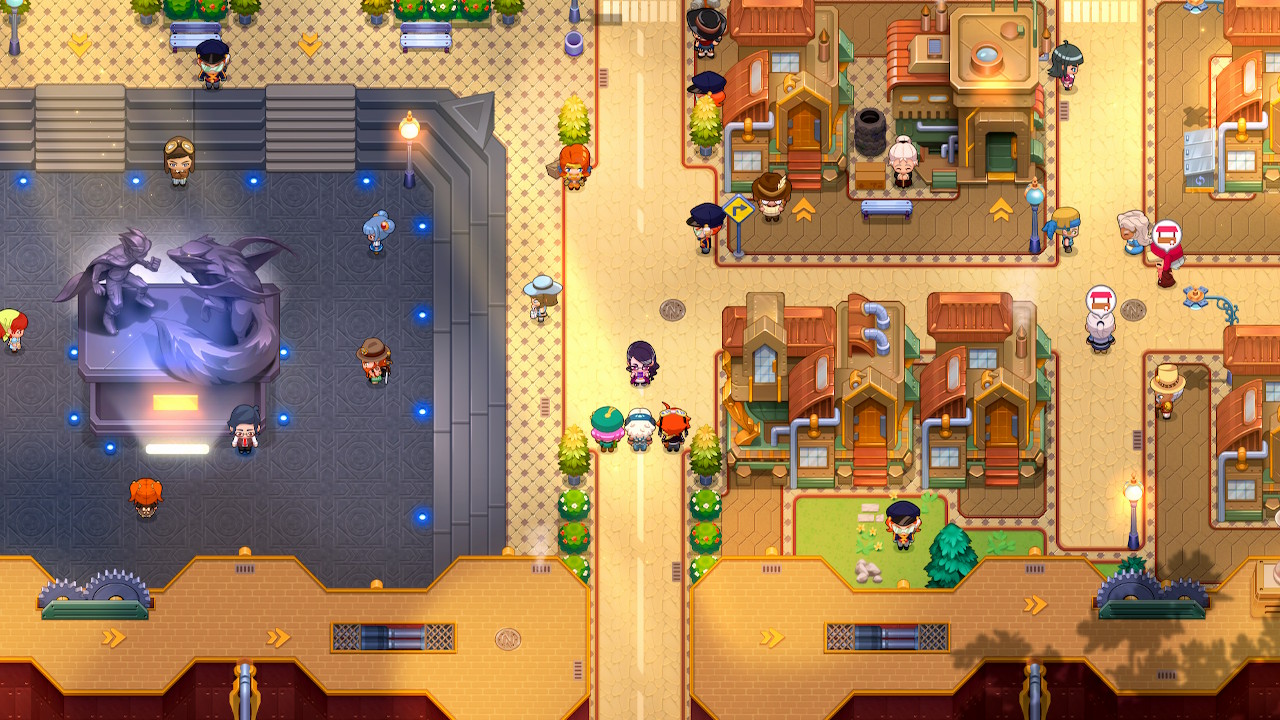 Ultimately, Nexomon: Extinction is a difficult game to recommend to Pokémon fans. On the one hand, it has enough familiar elements to be an enjoyable alternative, and one which scratches many of the same itches. Yet on the other hand, it changes just enough for it to be frustrating. For those with an open mind, though, or even RPG fans who want a quirky adventure, it’s definitely worth a look.