When I wrapped up Kirby Star Allies I felt like I’d gotten plenty of joy, yet not without some concerns and quibbles — you can read all about those in my review. One thing that really stood out about the game’s identity was how celebratory and evocative of its history it was. No doubt due to the ongoing Kirby 25th Anniversary celebration, it wants you to know it belongs in that lineage.

It succeeds with plenty of nods and returning elements, but as far as gameplay goes, it is what it is. The Friends are almost all identical to what Kirby can do with their copy abilities. Even allowing you to play as and with Bandana Dee, King Dedede, and Meta Knight doesn’t make things feel too much different due to their roots in other copy abilities. Their presence is all great fanservice, but when it comes to the gameplay itself, it’s nothing groundbreaking, mostly due to the still relatively recent Return to Dream Land on Wii.

That’s where these guys come in. 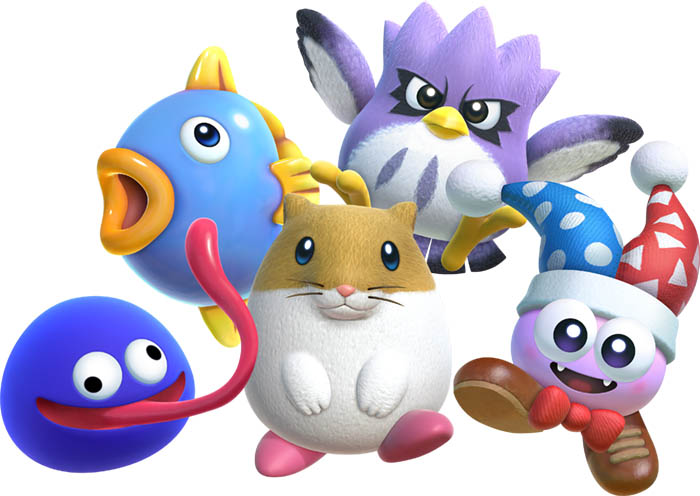 Not only are the Animal Buddies, Marx, and Gooey great returning characters with their places in Kirby history; they actually manage to change things up when it comes to gameplay. Mind you, they don’t suddenly fix some of the core issues I had with the game, but in offering more variety of playstyles and making the Dream Friends feel significantly distinct, they all mostly succeed.

A (Rainbow) Drop of genius

Rick, Kine, and Coo shine in the mobility department, as they should. Even with their attacks having their basis in some of Kirby’s moves (including the closest thing we have to the otherwise absent Tornado thanks to Coo), it’s the amount of variety they offer as a singular entity that makes them a blast. Not only that, but they help make the game a smoother experience more befitting of the stage designs.

In older Kirby games you might have to give Kirby an ability and carry it through an entire stage to use it on an obstacle in a tricky spot or after a handful of minibosses. It rewarded you for mastering that ability and figuring out the game’s logic. Star Allies doesn’t do that. 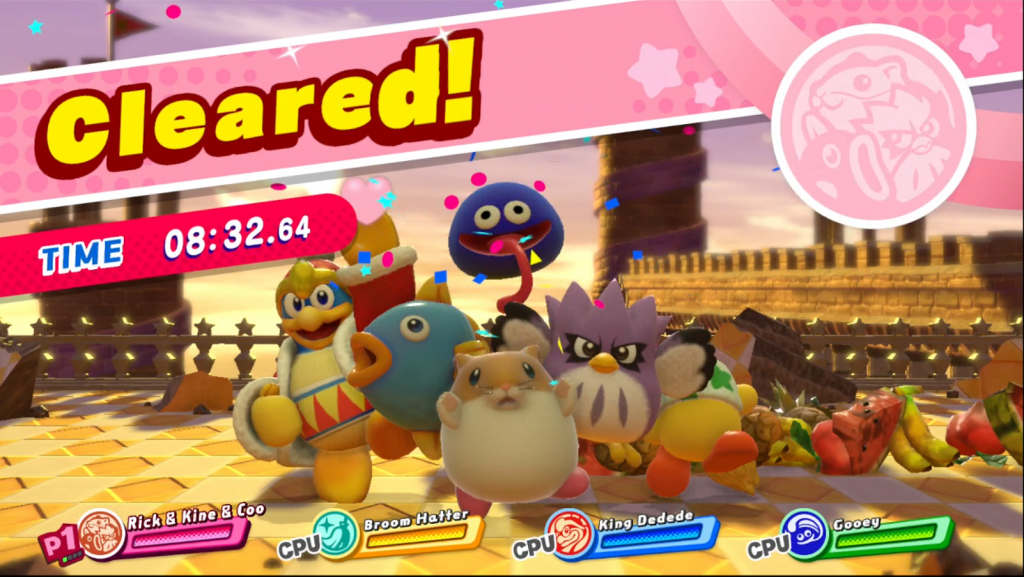 At every turn it almost always gives you exactly what you need for an obstacle, meaning the worst you have to do is step through a door again to grab that power source you saw on the way in. Worst of all, it usually means having to sacrifice a Friend you chose to bring along so you can make room, which can be especially unfortunate if it was a miniboss or Dream Friend who had to go.

Back to the Buddies: they have innate access to every element! Shuffling around Friends to reach a puzzle piece is much less of an issue with them. As there wasn’t any challenge in the first place, all their skill set has done is removed tedium. Thanks to Rick, they even have access to Stone, as well as the most adorable curling stone in existence.

Not only that, but they speed up movement in every way. Rick is fleet-footed but it’s his ability to jump on and bounce off of enemies that keeps your momentum on the ground. Coo’s flight, much like Wing’s, might be the quickest way to travel most of the time. Last but not least, Kine turns underwater limitations into free movement. It makes traveling through the game smoother and is absolutely in the spirit of these long-lost characters. 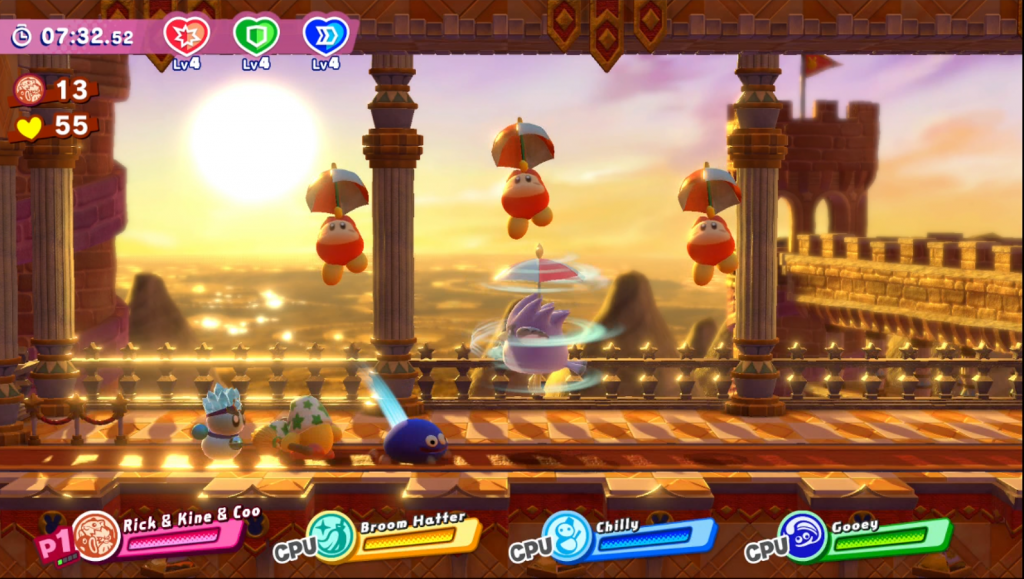 While the trio above improves the core experience, this next character changes things much more drastically. With plenty of phenomenal cosmic power in his itty-bitty body it’s no wonder his return and playable debut was so anticipated by fans. Befitting of a little jester, Marx seems fit to turn things upside down and steal the spotlight.

He, too, borrows at least a little bit from Kirby’s copy collection, able to kick his circus balls around like the pink puffball tosses Bombs. That said, he’s able to roll around atop them too, offering unique passage over water and lava and calling back to his original appearance perfectly. That’s not all though, because it’s when he takes to the sky that things really change.

By taking his final boss form, Marx gains free flight and some impressive mobility and power. Plenty of air dashes with some degree of invincibility, the ability to drop bombs safely from above, an underground dive-into-uppercut type move: he’s got plenty of tricks up his shoes. That includes an extra powerful black hole attack, only requiring a brief charge-up, that makes Marx into an absolute menace all at your control. 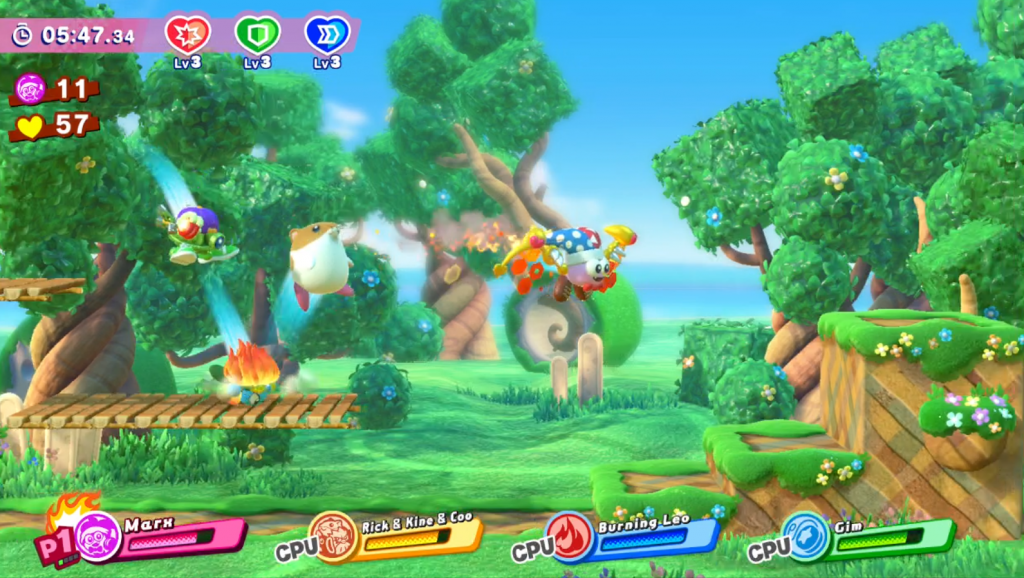 In almost a reverse of the Animal Buddies, Marx has no built-in elemental access but benefits from all of them in unique ways as if he wielded a weapon. They imbue his circus ball, sure, but it’s it’s flying attacks that gain the most. Suddenly, you’re able to fire spark arrows while air-dashing, send out a burst of fireballs when you resurface from the ground, and more. It’s this melding of offensive power and mobility that allows Marx to soar above the competition and turn platforming into more aerial acrobatics.

And then there’s Gooey. Kirby’s original best friend and fellow playable character could’ve been a mere clone, what with being able to copy as well, but instead he’s got a unique move list to lay your own googly eyes on.

As a character even more left behind than the others, it’s great to see him slurp his way into the present. His tongue attacks function most like the existing Whip ability while also having water effects, and for good measure he has callback attacks that represent Fire, Stone, and Parasol as they were in Dream Land 3. Add in access to Friend Throw and you have a bit of the Animal Buddies’ variety and even a couple things they can’t do, like grabbing items behind walls and breaking certain barrier blocks. 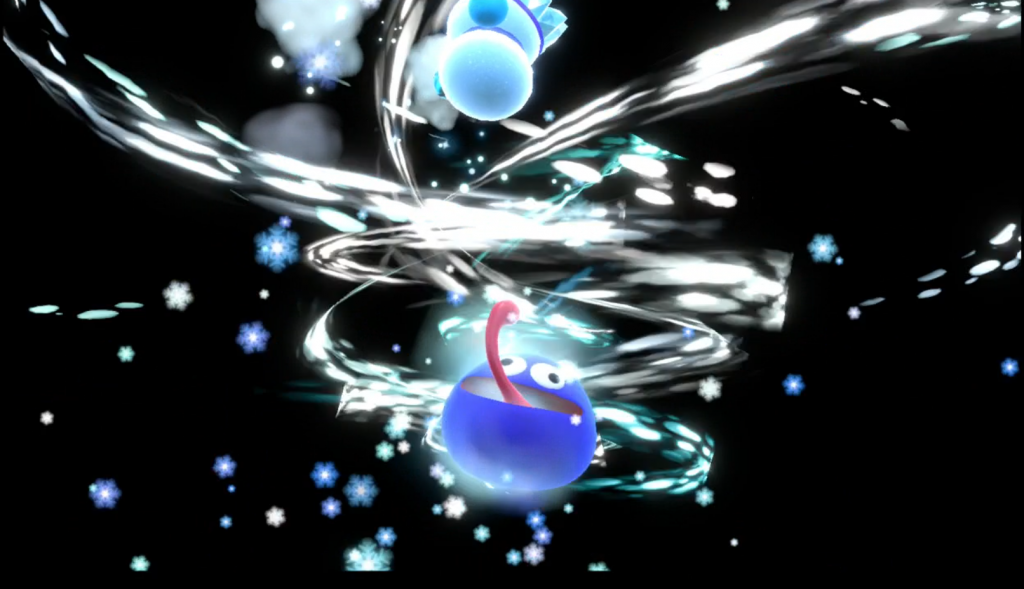 Like Marx he’s also got a unique means of air travel, returning to his roots and freely flying much the same as Dark Matter. He has less offensive potential as Super Star’s boss, but can freely fire off a unique Laser attack straight ahead, as well as a multi-directional shot.

It’s a new spin on an old Friend, but one that doesn’t fail to disappoint. That said, he might be the least impactful of the three from a gameplay perspective, lacking the all-terrain mobility of Rick, Kine, and Coo and the onslaught of galactic troublemaking Marx has. Still, even with him being the least dynamic in my eyes as a first impression, the Kirby fan in me welcomes him with open arms while looking forward to who could potentially be coming next.