While there are many wonderful things about indie games, generally what provides the bulk of their value — especially in comparison to AAA titles — are the uniqueness and creativity brought to the table. Whether it be in a pleasant art style, quirky characters, or unorthodox mechanics, the lack of a budget brings out the most creativity in these humble little groups, and the end result is usually a game with a strong personality.

This maxim is what makes Light Fall, an aesthetically pleasing puzzle-platformer from Bishop Games, somewhat befuddling — it’s not as if it’s stale or uninspired, but playing through it I can’t help but feel that I’ve seen several of its creative strides done elsewhere, and better.

Narratively, Light Fall is eerily reminiscent of one of the all-time indie greats, Bastion — you wake up as an amnesiac figure in a world that seems to have suffered some sort of catastrophe, your actions being narrated by a quirky, off-screen personality. Light Fall’s version of this character is not a golden voiced Sam Elliot type, but rather a wizened old owl with a bit of a bitter streak named Strix. His voiceover is charming, even if he occasionally feels a bit intrusive, but it’s certainly one of Light Fall’s stronger aspects, as the game begins a lore-heavy story of gods and cataclysm. 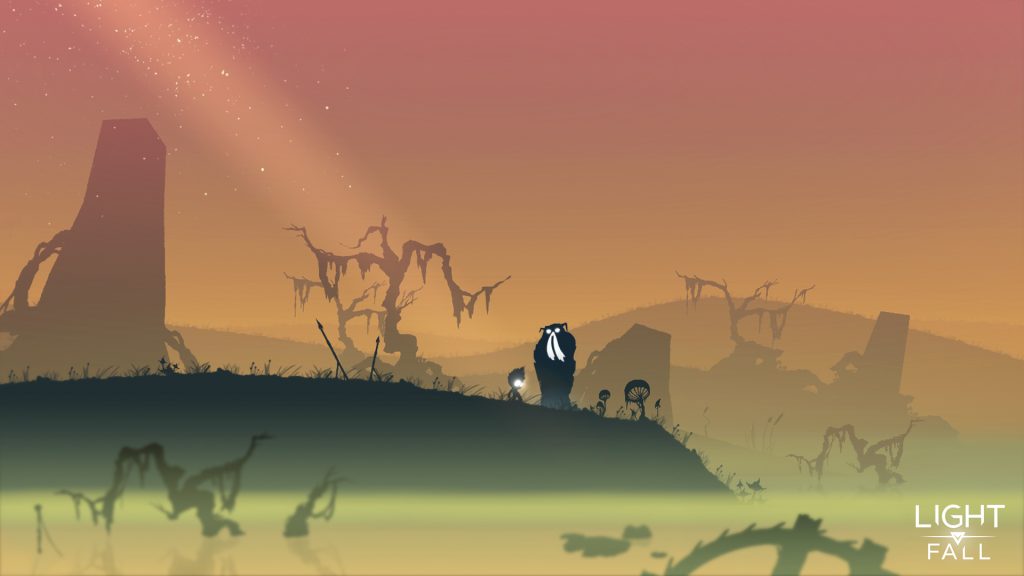 Platformers conventionally don’t have much narrative, mostly because they’re not wholly necessary for the genre (though games like Celeste have proven otherwise). Light Fall’s plot could best be described as sporadically interesting, with potential intrigue often undercut by uneven execution. More frustratingly, the game has extra lore hidden as collectibles throughout the levels, but actually reading it is an exercise in patience, as it simply pops up and slowly scrolls by instead of, say, appearing in the menu for you to read at your leisure. It seems like a minor complaint, but it eventually drove me to ignore the story bits for later just so I could get on with the actual gameplay.

The game’s art direction is probably its most appealing aspect, with a mix of silhouettes and colors that brings to mind titles like Fe or Outland. While not an entirely new aesthetic, the game’s art is fluid and realized, and the environments are plenty varied. The game did lag somewhat (note that I was playing on handheld the entire time, which may have had an effect), however, there was never a moment when I thought to myself, “Wow! This doesn’t look good.” It’s no Ori and the Blind Forest, but it’s perfectly satisfactory. 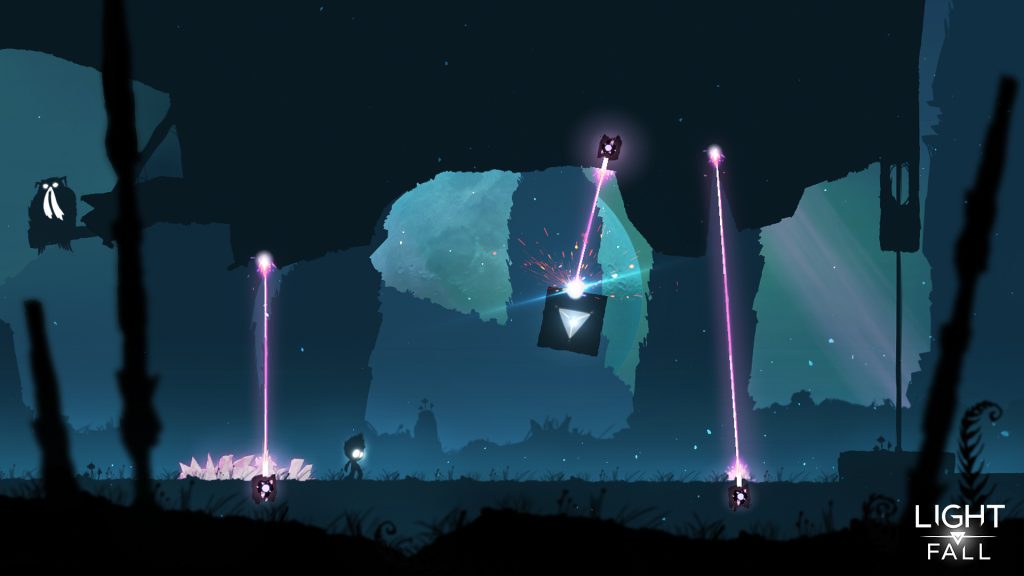 The actual mechanics of platforming rely on making blocks — beneath you, in front of you, pulling one around, even firing it as a projectile. While you can only make one block at a time, you only have four or so “charges” before you can’t make any more, only restoring said ability while on the ground. Coupled with sprinting, and there’s a surprising amount of mobility you can achieve: simply gunning it by running as fast as possible and getting leverage with blocks can take you quite far, and controls are pretty tight (with the possible exception of wall-climbing, which feels a bit stiff).

While this core is good, Light Fall ends up feeling a bit frustrating at times over the most minute things. Besides the aforementioned slow-scrolling text, there’s the occasional grammatical error, as well as the fact that dying and respawning feels like it takes just a half-second or so too long. The level design is similarly bothersome — there are collectibles that encourage exploration, but there have been several times when I found an offbeat path that contains nothing. At one point, I literally got trapped in a little nook, forcing a respawn. 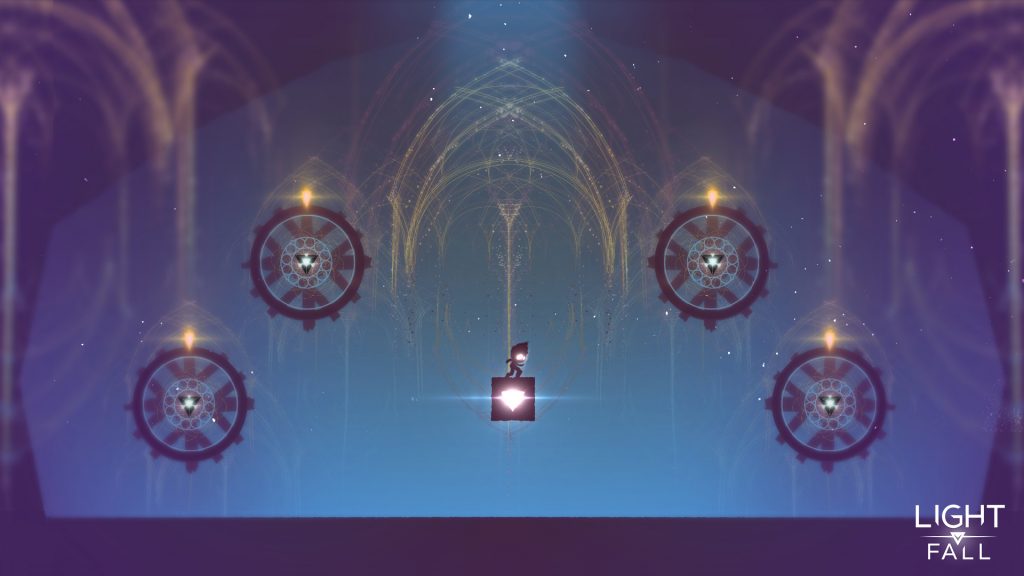 From the half or so of the game I’ve played, Light Fall — like acupuncture — creates a strange mixture of spiritual pleasure and mild vexation. Its basic ideas are solid, but the little details pop out and intrude upon the whole experience. It ends up creating the portrait of a game that probably should have spent just a little more time in the oven so they could work out the kinks — were these aspects improved, it would be a far smoother ride. As it stands right now, it’s certainly not terrible. But there are other games out there that do what it does better.