I’ve always been excited by developers playing around with the basic concept of fighting games. Usually, it consists of two players performing combos to deplete the opponent’s health bar, but plenty of games shake up the formula in ways you may have never thought of. Divekick has all the basics of fighting games, but with only two buttons. I would call Nidhogg a fighting game, even though there are no health bars. Now, we have Lethal League Blaze pushing the boundaries of the genre.

Lethal League Blaze, by Team Reptile, is essentially racquetball cranked up to 11. Two to four players pick characters with different abilities and work to hit a bouncing ball faster and faster, ultimately hitting their opponent. The faster the ball is going when it hits your opponent, the more damage it does. Each character has a special ability, such as a hover jump, and a special hit, like making the ball teleport. 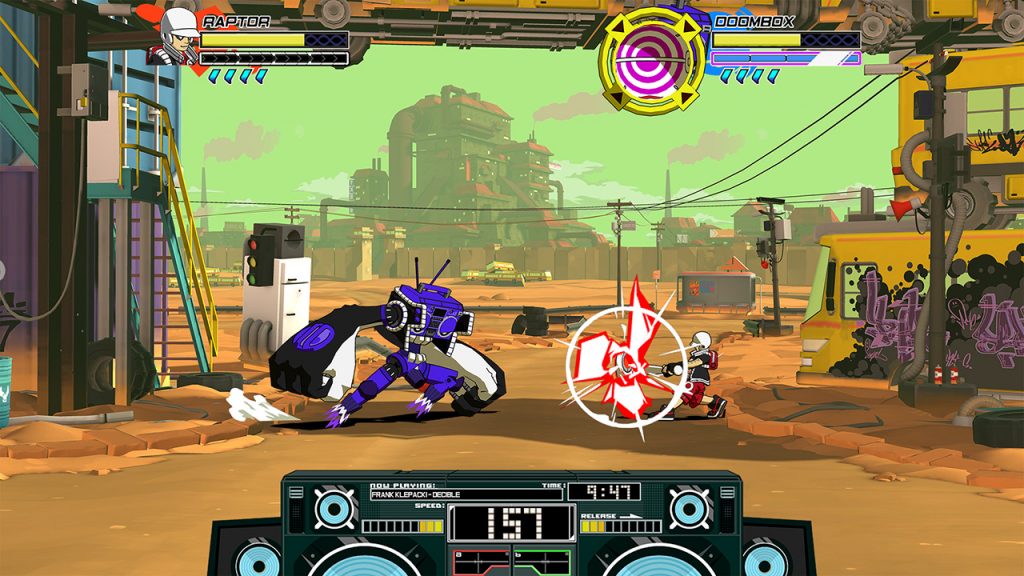 The gameplay is snappy and fun and much easier to get into than I expected. If players repeatedly smash the ball without letting it lose speed, each hit will cause the screen to freeze before rocketing the ball out at ludicrous speeds. This effect never gets old, and it adds a layer of depth as it gives you a fraction of a second more so you can plan your shot — since, once it gets going fast enough, you have to anticipate where the ball will be, as it’s too fast to react.

Playing against the computers is fun enough. There are arcade modes and a story mode with branching paths, but this game, like any fighting game, is about beating human opponents. The few games of online I could connect to ranged from laggy, with characters teleporting around, to perfectly smooth, but even the laggy matches were supremely satisfying when a good rally started.

The game’s style is straight out of the Dreamcast era. The cel shading and character designs were clearly inspired by the Jet Set Radio games, further cemented by the inclusion of a song by Hideki Naganuma made for the game. The song is, of course, an absolute banger, and the rest of the soundtrack is just as funky and fresh. 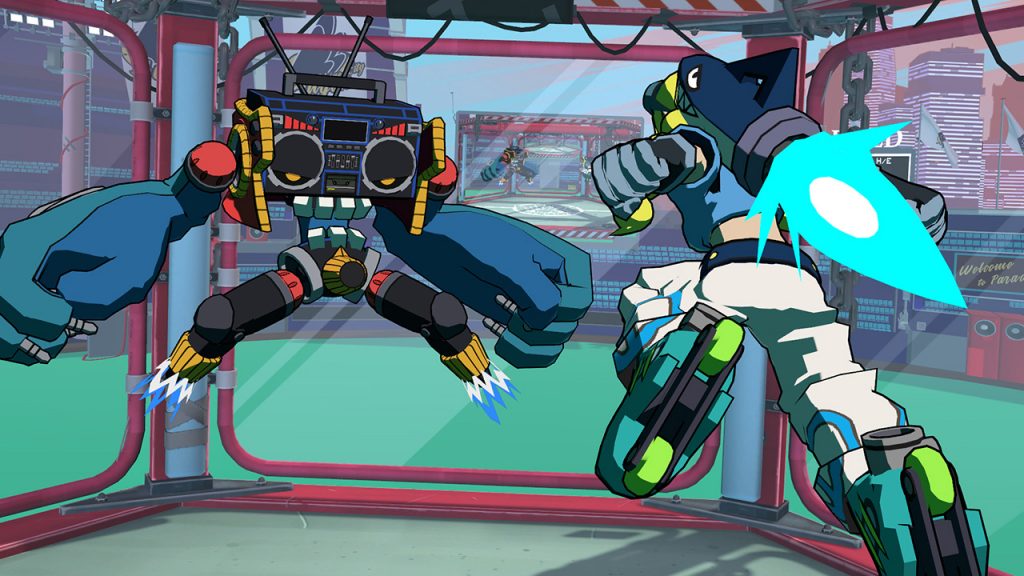 This game may not be a full recommendation if you never plan to play online or with anyone in local multiplayer, but for anyone with a group of friends who likes to play party games, this one could be a fantastic addition to game night. I know that, if this game had existed in the Dreamcast era, my friends and I would have played it for hours without stopping — and I can’t think of a higher praise than that.