It’s been thrilling to see how many fighting games, both indie and AAA, have been coming to Nintendo Switch. From Mortal Kombat 11 to Pocket Rumble, there is no shortage of content for anyone looking for a competitive fighter. Now, we can add another indie to the list with Fantasy Strike from Sirlin Games.

Fantasy Strike is based on the card game Yomi. Yomi takes the basics of fighting video games and turns it into a tabletop experience in a very fun and unique way. Now the same characters have gone full circle and are in a fighting game of their own, with a focus on accessibility and strong fundamentals.

The controls in the game are very simple. There are light and heavy attacks, a special attack, grabs, and supers. Characters cannot crouch or block in the air, and different moves can be performed by mixing different attack buttons and directions on the stick. 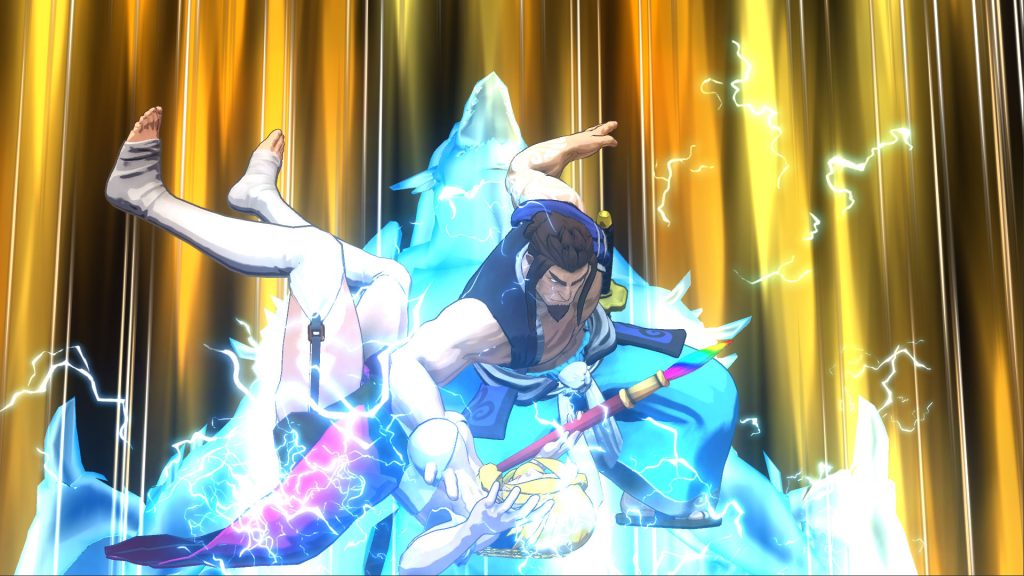 Fantasy Strike makes a couple of additions to the formula to differentiate it from the crowd. Health comes in “pips” instead of a bar, meaning most attacks will do one pip of damage, while some throws and most supers do two or three. This means rounds go very fast, and matches are typically best of five or even seven. The game also introduces a mechanic called “Yomi Counter.” If you know an opponent will throw you, you can tech the throw and damage them in return by pressing absolutely nothing. Most fighters require a throw input in a very tight frame window to tech a throw, but Fantasy Strike rewards the prediction of a throw without needing the precise input.

While there are only ten characters in Fantasy Strike, they offer a great variety, and each one can be clearly traced to a specific character or archetype from another game. For instance, the ninja Setsuki plays very much like Ibuki from Street Fighter III, while the item-slinging panda Lum is reminiscent of Teddie from Persona 4 Arena or Faust from Guilty Gear. While more characters would be nice, I can’t say I didn’t find a few that I loved. 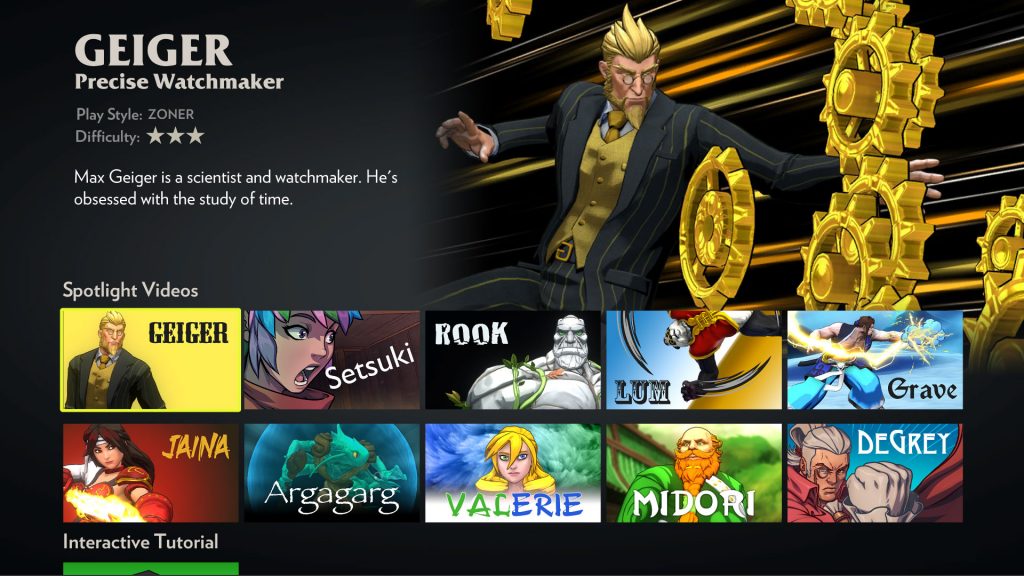 Finding multiple characters is important, too, because of the game’s unique online Ranked system. In Ranked matches, players pick a team of three characters. The game then randomly selects one from each player’s team, and those two characters fight. The first player to win with all three of their characters wins the whole match. The winner then moves up in a tournament style bracket, similar to the online suite in Mario Tennis Aces. This means that, even with the limited roster, you’re always playing new matchups and working on multiple characters.

The graphics and sound are pretty slick for an indie game. I appreciate the addition of the over-the-top voices in the fights, and it’s very cool to see attacks I recognize from the card game translated into a real fighting game. Each character has a unique arcade mode with intros and endings, complete with voice acting. The game also features an in-depth tutorial system that can help learn both this game and some basics of the genre.

While Fantasy Strike may not appeal to the most hardcore players due to its small roster and limited combos, I think a large swath of Switch owners would have a ton of fun with it. The clarity of the game’s controls and mechanics are a draw to newcomers, and even fighting game vets will enjoy the fast pace and chance to show off a mastery of the fundamentals. Fantasy Strike successfully turned one of my favorite card games into a fun fighter, and I look forward to what Sirlin Games will bring us in the future.