Impressions: Exploring the intricate tapestry of The Banner Saga

As somebody with Scandinavian blood in his veins, I appreciate a story with some Norse in it. And The Banner Saga, from Stoic Studio, is about as good as a northern tale as they come, mixing a masterful atmosphere, eloquent prose, and weighty decisions to spin an epic tapestry as somber as it is grand.

The lore and world

The Banner Saga has you jump between multiple perspectives in a world where the gods have died and the sun hangs perpetually in the sky. You follow a variety of characters both human and varl (a kind of giant) as you clash with opposing factions, journey for supplies, and fight off monstrous creatures known as the dredge.

Rather than present a single clear narrative and protagonist, the game has you shift around from chapter to chapter, going back and forth between various groups as they fight to survive in the cold world. Whether you journey with the varl as they seek to return to their capital, or command a ranger as his village is razed by the dredge, the unique array of perspectives — alongside a staggering amount of lore and world building — provide an environment rich in legend. 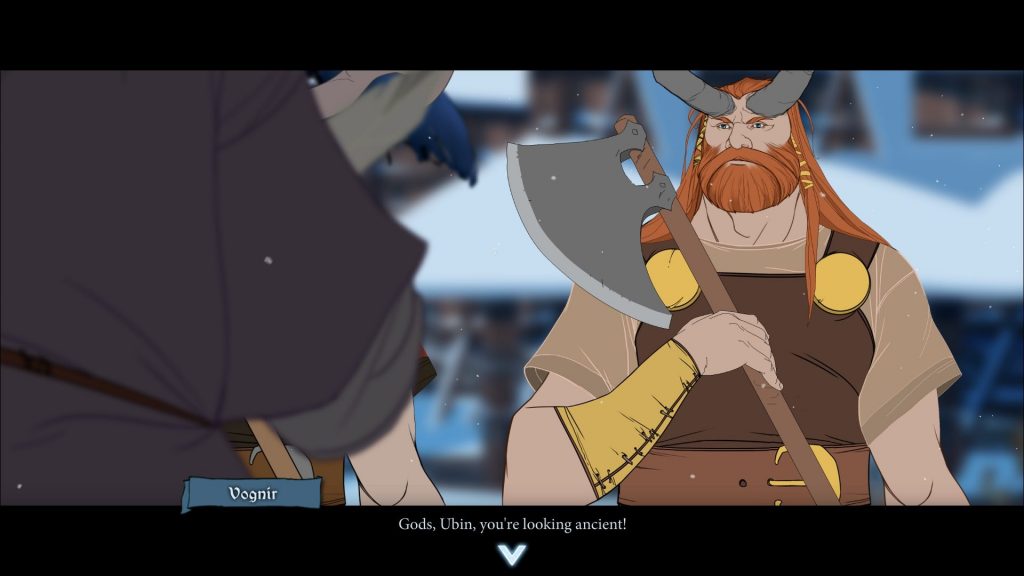 Matching this grandeur is the game’s aesthetic, which manages to be both colorful and dreary. Characters are all animated in 2D with realistic proportions, and while movement can be a bit minimal at times, their detailed expressions coupled with the occasional tuft of hair fluttering in the wind sets a tone that is desolate without feeling empty. Aiding in this is the game’s excellent soundtrack, trading in pompous bombasity for muted atmosphere, and punctuating the gloom your characters go through.

The core gameplay consists of turn-based strategy in various skirmishes against the myriad potential foes in your journey. There are two kinds of attacks you can perform: strength attacks, which reduce HP (and also the foes’ attack power), and armor attacks, which in turn increase the amount of damage strength attacks can do. This simple dichotomy makes for lots of interesting strategizing, as you have to figure out priorities. Do you weaken an enemy’s armor to do more damage with your next strike, or soften him up so he does less damage himself? Do you peck away at multiple units at once, or focus on taking them out one at a time? 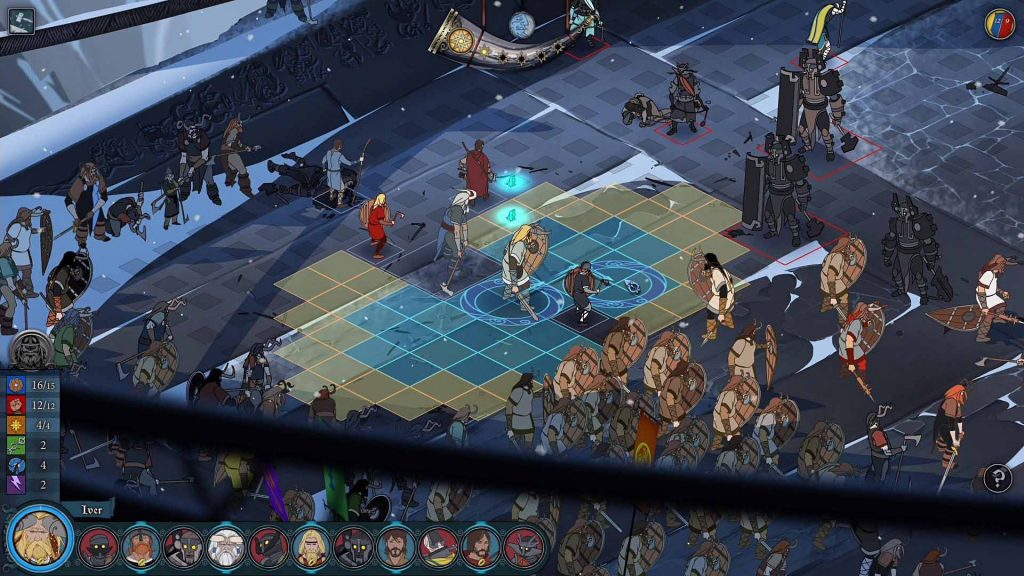 The unit variety is rather simplified — you can be either melee or ranged with a bow, with each character also having a special based on your class — but there’s enough character customization with level-up stat allocation for you to diversify. You can put points into armor, strength, etc. in order to bolster your unit’s particular role.

And you’ll need to do so, because in The Banner Saga, characters die. And not in the Fire Emblem way where simply keeling over in battle has consequences — choices made throughout the story can cause certain characters to bite the dust. Have you been sinking all your kills into your shield-bearing varl? He just tumbled off a cliff to his demise. Alternatively, if you had maybe picked a different option, he would have been spared. Other times, you may have to decide between fighting and losing army members, or between gaining supplies and risking a unit. And due to the fact that the game doesn’t let you save manually, you can’t simply save scum your way to the ideal choice each time. 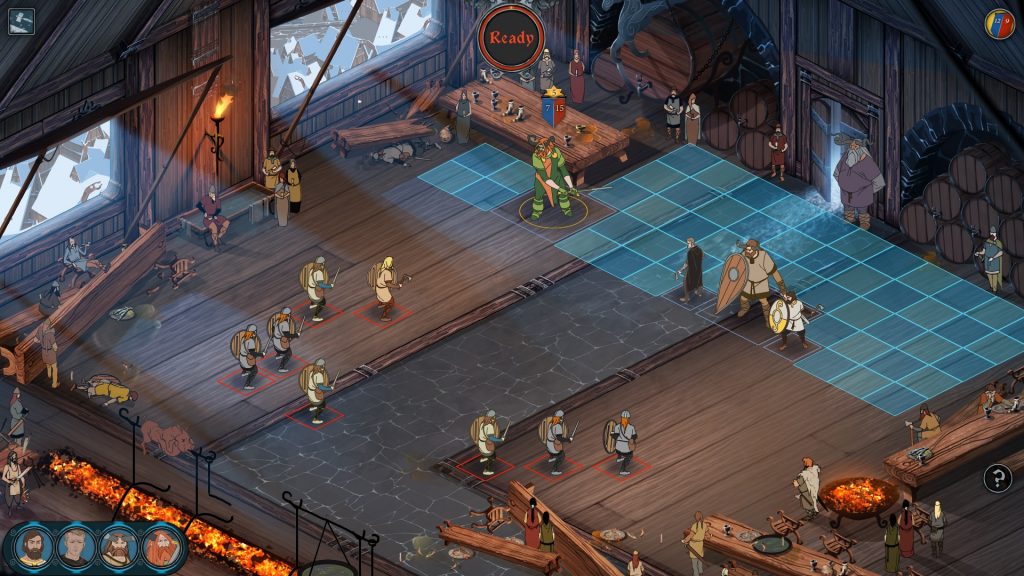 This, alongside with the excellent writing that accompanies it, is by far the strongest point The Banner Saga has to offer. Many games claim that choices matter, but here it is a deadly serious truth. Unless you’re willing to reload and potentially lose a lot of progress, be prepared to accept the consequences of your decisions. It’s this sense of anxiety that makes the game come alive; the knowledge that a favorite character could leave you if you slip up in the wrong situation — and decisions will carry over into The Banner Saga 2 when it releases later on Switch as well.

While I feel I’ve barely scratched the surface of what The Banner Saga has to offer, I’m already quite impressed by it on nearly all fronts. It can be a bit dry (and is certainly not for those who dislike walls of text), but it’s thorough writing combined with a palpable sense of risk and reward make it a strategy game worth looking at, if not buying. If you’re a fan of the genre you should absolutely pick it up, and if you’re not then it’s at least worth a glance. Especially with two more (presumably also great) games down the pipeline, The Banner Saga earns a hearty recommendation from yours truly.