It was over two years ago that Adult Swim games announced they would be bringing the indie hit Duck Game to Nintendo Switch — and the weapon-wielding, pixelated poultry have finally landed on the hybrid console. Duck Game’s release on Switch brings along frantic multiplayer, both local and online, as well as the game’s difficult single-player Challenge Arcade.

Duck Game seems like a pretty self-explanatory title, but at the same time it’s not telling you much. These ducks are out for blood, and they’ll use any weapon they can get their hands on to make that happen. The standard action-game weapons are all accounted for — pistols, shotguns, and rifles are easy to come by, but things start to get a little out of the ordinary once you’re left defending yourself from a flamethrower with a saxophone or Nerf gun. Adding to the hilarity is the fact that these ducks are all fighting in style as well, with hundreds of hats to unlock. The definition of the word “hat” is interpreted pretty loosely in Duck Game, however, since these ducks manage to fit all manner of things onto their heads — a dinosaur mask, octopuses, the front half of a car, the list goes on and on. 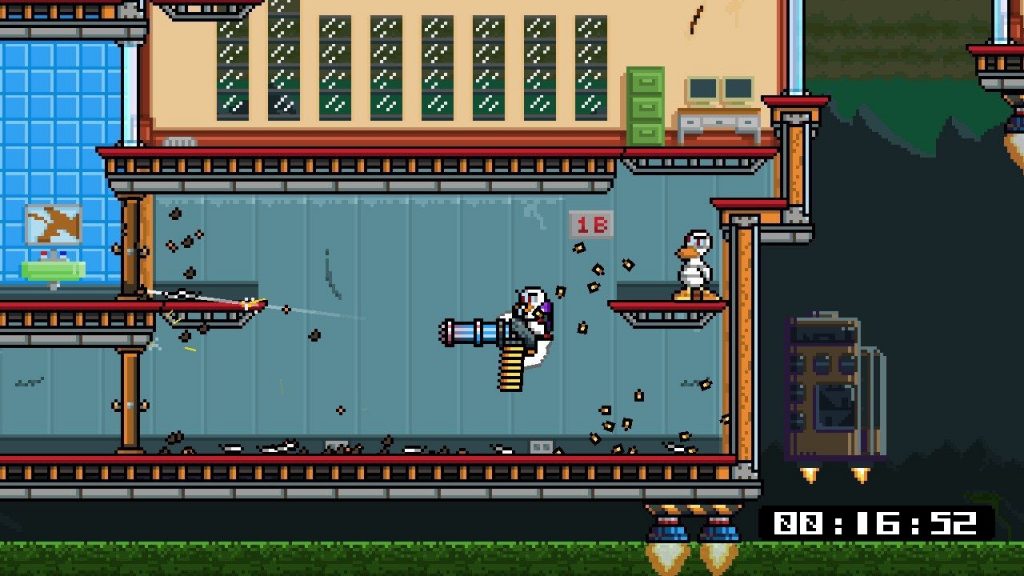 Multiplayer is the real meat of Duck Game’s offering, as there’s endless, hilarious fun to be had when playing with friends or online. Up to four ducks can duke it out with a variety of weapons — and non-weapons — across random levels, and one hit means that you’re out of the round. The last duck standing wins the match, adding a point to their total. The default setting for an online game is that the first duck to ten points wins, and there are intermissions every ten rounds to give an update on the point totals. Balanced games usually last at least 30 rounds for a full lobby of four, since it’s hard for one player to totally dominate each round thanks to all the chaos.

The Challenge Arcade exists to let you test your skills against a variety of levels, ranging from obstacle courses and target practice to chainsaw racing or figuring out how to beat maneuver a jetpack while mowing down ducks with a chaingun. You’ll collect game tickets along the way by passing challenges, and these tickets are used to buy hats for your duck, as well as game modifiers such as low gravity or infinite ammo that can be utilized when setting up multiplayer games. 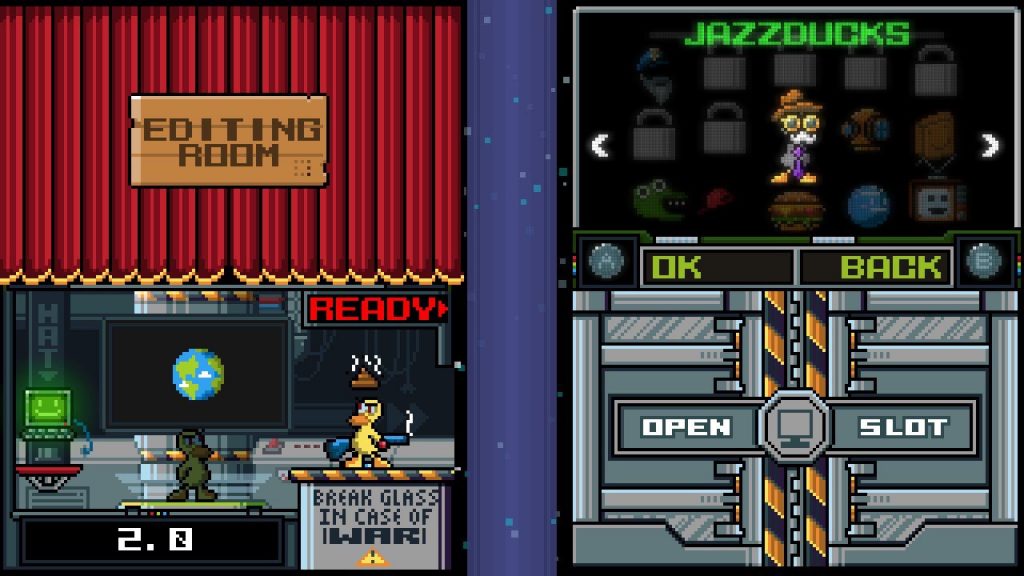 These modifiers can make for a great time, switching up the brand of chaos that takes over each round, especially once you start to mix and match each one. For instance, mixing up unlimited ammo and exploding props means that you can shoot to your heart’s content, but any breakable object you hit will become a dangerous explosive. Add in low gravity and you’ll have ducks frantically maneuvering through the air while avoiding the raining bullets and shrapnel in order to be the last duck left alive.

Overall, Duck Game is a lot of great fun in a small package. The manic chaos of multiplayer keeps things fair, and you’ll be having so much fun that losing won’t matter much anyway. The Challenge Arcade will also keep you occupied with plenty of difficult challenges in single-player. While it’s not a must-have on Switch, I’d definitely recommend Duck Game to anyone looking for frantic and bizarre entertainment.