Klei Entertainment first launched Don’t Starve in 2013, and in the five years since, the game has exploded onto nearly every platform imaginable. The quirky, Tim Burton-esque survival game has been a huge hit with players, and has earned a spot near the top of my wish list of titles that I wanted to see come to Switch since the console launched early last year.

Don’t Starve revolves around keeping your character, whose name is Wilson, alive in a harsh world full of monsters and other plentiful ways to die. There are three meters you’ll need to keep an eye on throughout your adventure, each just as important as the next when it comes to your survival. The Hunger Meter, which automatically depletes as time passes, gives the game its title; you’ll need to find or grow food to feed Wilson, lest he succumb to starvation and perish. Wilson also has a Health Meter, which can be quickly depleted by monster attacks, or slowly depleted when the Hunger Meter is completely empty. Last, but certainly not least, is the Sanity Meter. Wilson’s Sanity starts to whittle away in the dark and while fighting monsters or performing morally questionable actions — like digging up graves for treasure. Other characters can be unlocked by playing more and more as well, and each of them play with their own unique abilities, boons, and restrictions that tweak the gameplay just enough so you can get hours of enjoyment out of Don’t Starve — even after Wilson has been long dead 50 times over. 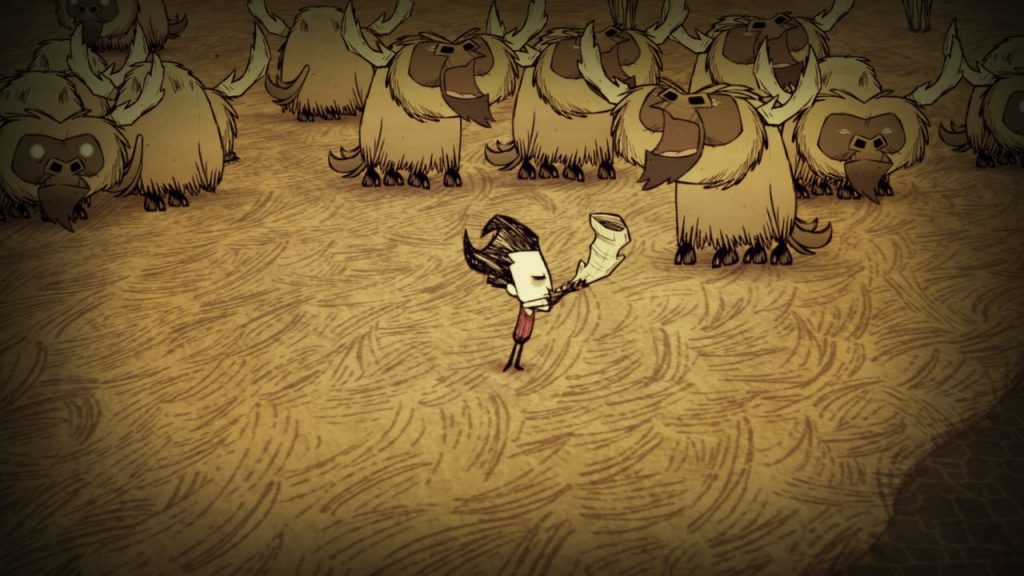 Just like the addictive gameplay, which I’ll touch a little more on in a bit, the aesthetic of Don’t Starve is expertly crafted — just unsettling enough that the nights seem genuinely scary and watching your character lose their sanity is mortifying, yet charming enough that you want to keep coming back to explore and build in order to keep yourself alive. First-time players are likely to be startled more than once, and the game is big enough that curiosity will either net you some nice rewards or kill you almost instantly.

The freedom with which I’ve been able to enjoy Don’t Starve this week has been almost overwhelming. Klei’s little survival adventure game is strangely addicting, and bringing it to the Switch makes it even more so. Seamlessly moving from a massive TV to playing it in handheld mode while an episode of Parks and Recreation plays in the background is an aspect of the Switch that has amazed me with nearly every game I’ve played on it — but with Don’t Starve, it feels that much more integral to the experience. You can start and stop your adventure at will with a quick “Save and Quit” in the pause menu, and you can also take Wilson out into your own wilderness and try to keep him alive all the same. The mindset of “just one more” is what sucks you into Don’t Starve as you struggle to stay alive in the harsh wilderness, and bringing the game wherever you go feeds directly into that addiction. 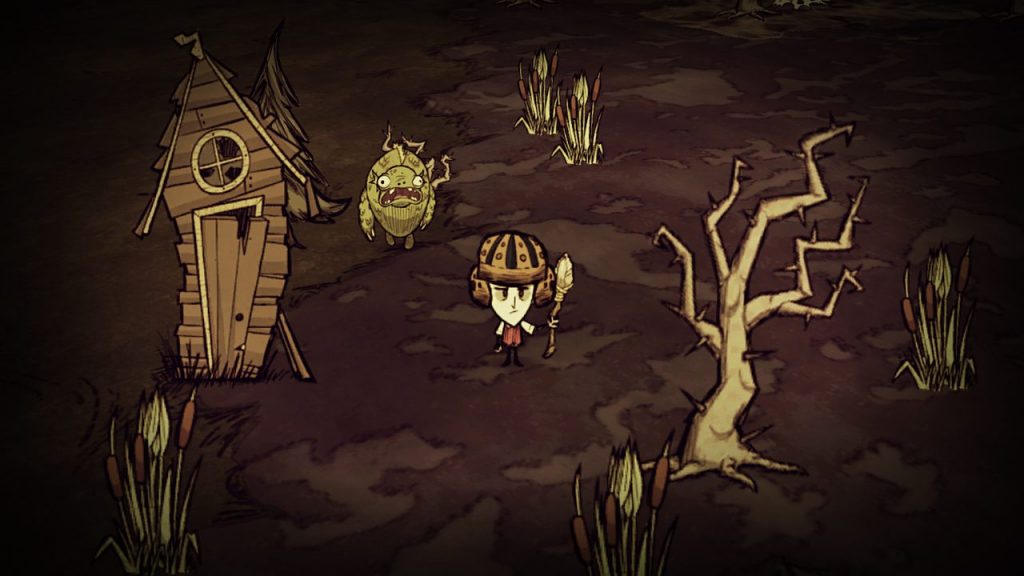 If you’re not careful, this “just one more” mindset can also be your downfall in Don’t Starve — one minute you’re chopping down trees for wood; the next you’re being chased down by Killer Bees with next to no warning, just because you got a little too close to their nest, and it’s all over in an instant. Sometimes losing all that progress is humiliating or frustrating, spurring you to put the game down and take a break, but I find that, more often than not, I’m just involved enough that my frustration drives me to want to try again, quickly loading up a new save file and starting from scratch.

Compared to other versions of the game, Don’t Starve: Nintendo Switch Edition performs very nicely. The experience isn’t completely hiccup free, however — I’ve seen rabbits disappear into nothingness, only to have the game indicate to me that there was, in fact, a burrow in the spot they disappeared — and I have yet to actually see any fireflies, though the game has told me numerous times that there were fireflies in my immediate vicinity by prompting me to inspect them. Apart from the occasional object failing to populate into the world, the Switch Edition also has a habit of stalling for a second or so when the game autosaves each morning, as well as some long loading times. Loading the vanilla game takes about 30 seconds, but creating a save that involves either of the included DLC packs, Reign of Giants and Shipwrecked, has sometimes taken up to several minutes to start. 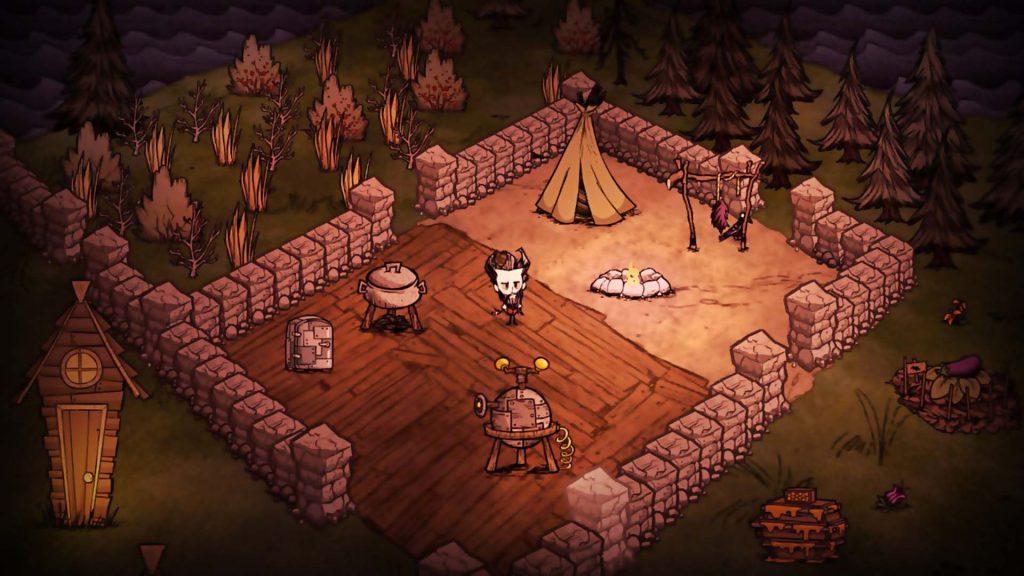 In the end, Don’t Starve, like many other indie darlings, has found new life on Nintendo Switch. What was an already great game is enhanced, like most others, by the fact that it can come with you wherever you go. The meta-nature of exploring the world of Don’t Starve while adventuring out into the real world is poignant and is yet another example of how the Switch has changed the way we game over the last year.