Impressions: Dandara knows how to keep that feeling of exploration alive

I could never get into Metroid as a kid. As cool as I thought Samus Aran was, and try as I might, it was just a tough series to get into. It might have had something to do with the sprawling map that I felt the need to memorize mixed with an inability to focus enough on where I was in the game’s world, but I knew I really wanted to play Metroid and like it. Jumping into last year’s Metroid II remake, Samus Returns, felt really great, and the reasons why people love these games started to click. Coming forward to my time with Dandara over the last week, not only do I finally understand the appeal, I’m eagerly anticipating exploring this genre of game even more.

Dandara is developer Long Hat House’s love letter to the Metroidvania genre. In a world that’s falling apart, Dandara is created to save everything and everyone. The gameplay movement is entirely unique: Dandara can jump at any angle, landing on walls and ceilings, allowing this world to sprawl out and feel bigger than anything that has come before. The maze-like structure and exciting movements got me in the mood to explore everywhere I could — and explore I did. 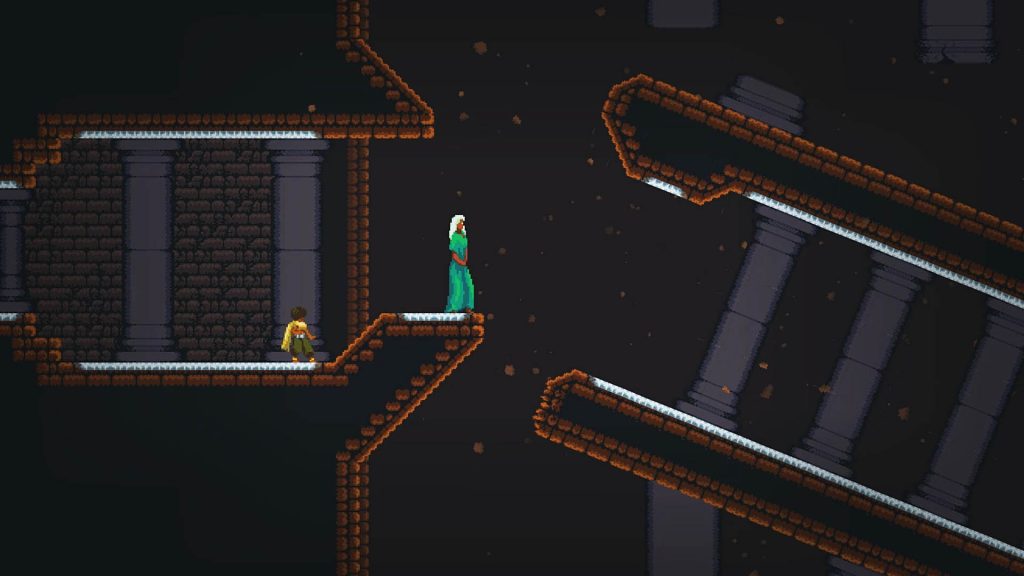 Dandara’s world, the Salt, is very lovingly crafted. From a small city, to an overgrown forest, an old castle, a futuristic and sleek building, and so much more, each area has a completely distinct feel to it thanks to different styles of doors, walls, and background imagery — and they’re all beautiful. Each new area is nicely color-coded on the map as well, making it way easier to differentiate where you have and haven’t been. New enemies and abilities are also introduced in each area as the game becomes increasingly complex. This complexity sucked me in and was a huge factor in why I spent hours and hours exploring every nook and cranny of every area that I could to find power-ups and collectibles before moving on. The areas are designed in a way that points you towards your next goal without feeling like the game is guiding you or holding your hand, keeping that feeling of free exploration alive.

The visuals of the character herself are exceptional as well; Dandara’s movement and attacks feel appropriately powerful and stylish. Dandara is created to be the hero of the Salt, and she feels like a hero through and through. Conjuring an energy burst in her palm to fire at her enemies is a vivid image that convinces you that Dandara can hold her own, and the way she bounces around rooms, dives through doors, and gracefully floats after being struck by an enemy mid-air make her feel agile and mobile in a way I haven’t felt in a game before. The bosses of each area fit into the world well, and offer a solid challenge that required a lot of concentration and a mastery of the above abilities. More than a few times I had to take a second to clear my head before diving back into a boss fight after I’d been killed, but the extra effort made it so much more satisfying when I’d finally beat them. 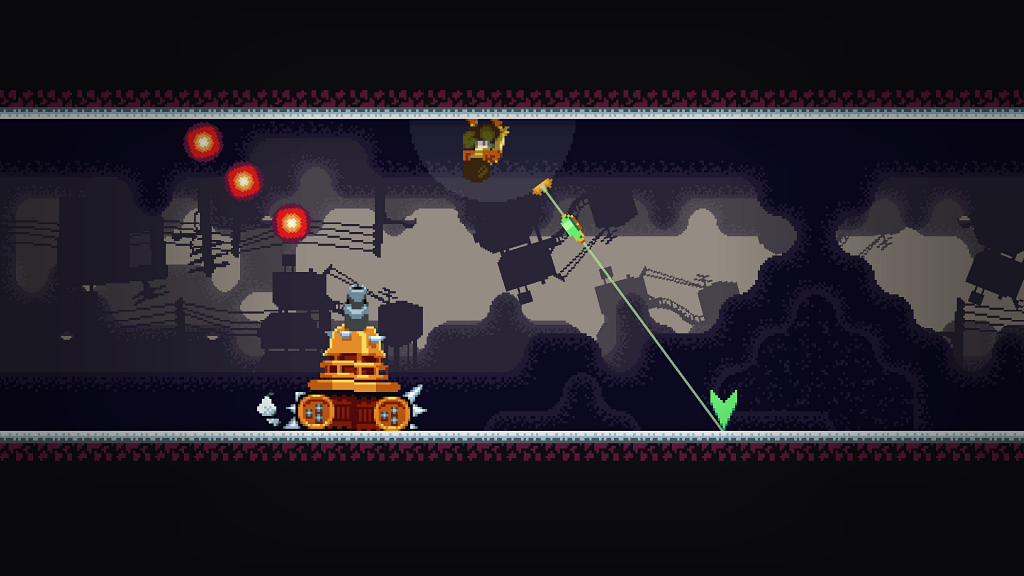 Overall, Dandara had me hooked very quickly after I’d begun playing, and became something of an obsession over the last week. I’ve really enjoyed my time within the Salt, and I’m excited to spend even more time exploring it. Long Hat House should be commended for developing a beautiful game that finally showed me just what makes the Metroidvania genre so compelling, and I look forward to seeing what comes from the developer in the future.