The Ghosts ‘n Goblins series has long held a special place in my life. It was one of the first games I ever played on the SNES, arguably the greatest console of our time. (Fight me!) Completing Super twice for the true ending was practically a right of passage between me and my friends growing up. Hell, I even met my current girlfriend of three years at a local bar while playing the arcade original! Suffice it to say I’ve got a history fighting demons through graveyards in nothing but my skivvies (sometimes literally), so when I heard there was an upcoming indie paying homage to a series infamous for wrecking so many childhoods I was instantly hooked.

Too bad it doesn’t quite live up to expectations. Braised in the bones of Sir Arthur’s many, many corpses, Battle Princess Madelyn attempts to add some modern spice to its arcadey inspired stew. Sadly, the dish came out a tad undercooked, covered in salt, and a few pesky bugs crawling all up in its biz. 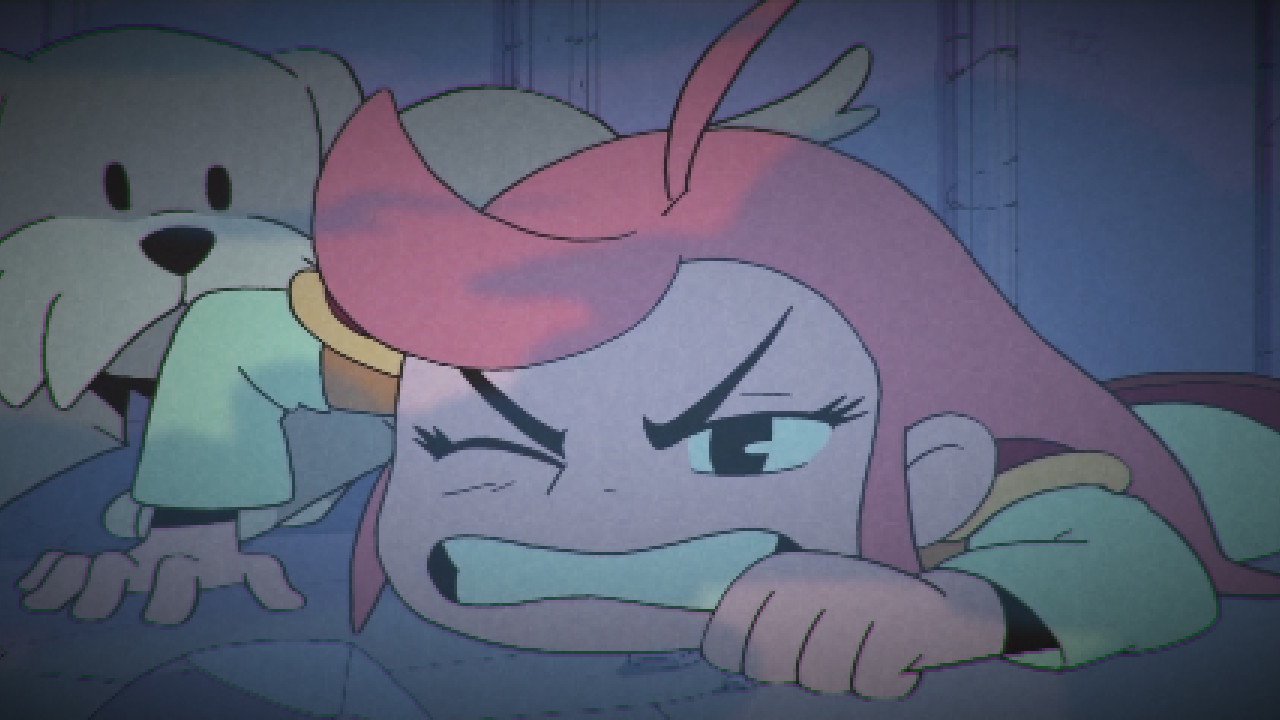 Players slip on the grieves of Madelyn, a princess who’s not afraid to get her hands dirty with demon blood. Loyal polterpup Fritzy by her side, she’ll run, jump, and jab her way through haunted graveyards and creepy crypts to rescue her family from all manner of monsters, namely an evil sorcerer hellbent on the world’s destruction. Not the most original story, sure, but it sets the stage enough to work.

Mechanically everything looks and feels just like any Ghost n’ Goblins game worth its salt. Lances, axes, sickles and the like form your arsenal against the grueling undead hordes; and should you take too many hits your armor bursts off, leaving our battle hardened maiden exposed in her nighties to one hit KOs. Sprinkle a little modern Metroidvania on top of that old school difficulty and you have a recipe for fun that’s sure to please the most sadistic of families!

Unfortunately, the Story Mode’s level design lacks direction, making it very easy to get lost or stuck. While gorgeous and varied from an artistic standpoint, many stages overstay their welcome due to their large size and some very repetitious platforming. The lack of a map makes exploring these labyrinths even more tedious, especially given how prone to backtracking the game is with hidden areas and bosses to discover initially locked behind closed doors. 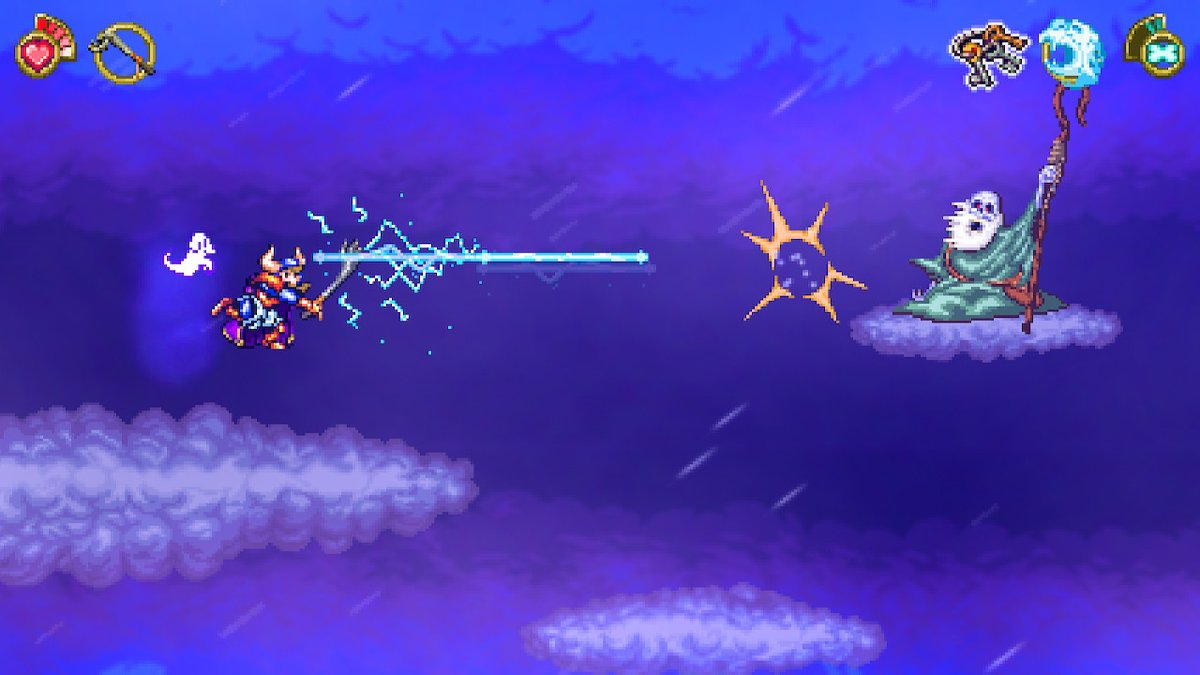 HAVE YOU FOUND MY HAMMER YET?

The game’s take on side quests only exacerbates the problem. Each mission is little more than a Mad Lib of bland and boring NPCs telling players to slog back through previously explored areas to either find a lost child or hidden trinket. Most annoying, though, is the fact their quest dialogue never repeats, meaning if you miss key information about an item’s location you’re left guessing how to proceed. In fact, the only thing they’ll mutter upon repeat visits is “Have you found my *insert item here* yet?,” which is about as useful as a pedal powered wheelchair.

As a result, I spent over half the game without weapon and armor upgrades because the Blacksmith refused to tell me where he last saw his hammer, forcing me to start a second save file and work my way back to that point in the story just to be reminded. Even once discovering its general location, it was strangely tucked away in such an obscure spot that I can’t imagine anybody in their right mind would have come across it by accident. Given the Blacksmith’s role as your sole means for upgrading equipment, it seemed odd to lock him behind such a bizarre barrier. 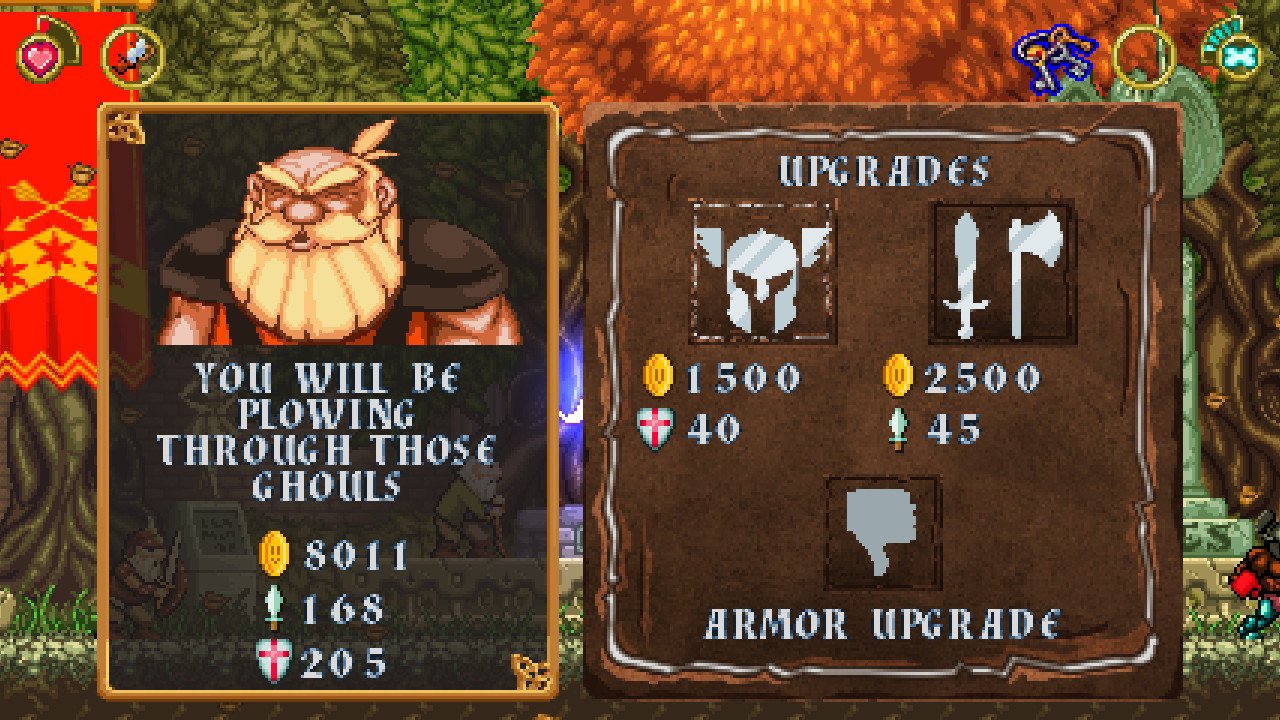 The bizarre barriers don’t stop there — with “barriers” actually serving as the perfect term to sum up most of what irked me with Battle Princess Madelyn in general. Most egregious is the fixed camera angle placed on our royal highness. I can’t count the number of times I’ve jumped straight into a pit of spikes or the maws of my enemies simply because I couldn’t see the ground below. For some unfathomable reason the camera stays completely fixed on Madelyn — even when jumping. As a result, too much of Battle Princess’ platforming relies on taking tremendous leaps of faith, which is pretty much the gravest mistake a platformer can make if it wants to keep the player from smashing their controller through the screen.

Outside what can only be perceived as questionable design choices are so many little bugs and blemishes scattered about that my initial impressions piece read less like a review and more like I was running quality assurance. Music cutting abruptly between screens, input lag when selecting destinations between travel runes, key counts being misrepresented in my inventory — these are just a few of the glitches noticed within the first 15 minutes of gameplay. At one point, entire weapons refused to spawn as quest rewards, effectively locking me out of ever acquiring them again! While none are completely game-breaking, it’s clear the game could have used some more time in the oven to work through fixing some of these finer points. 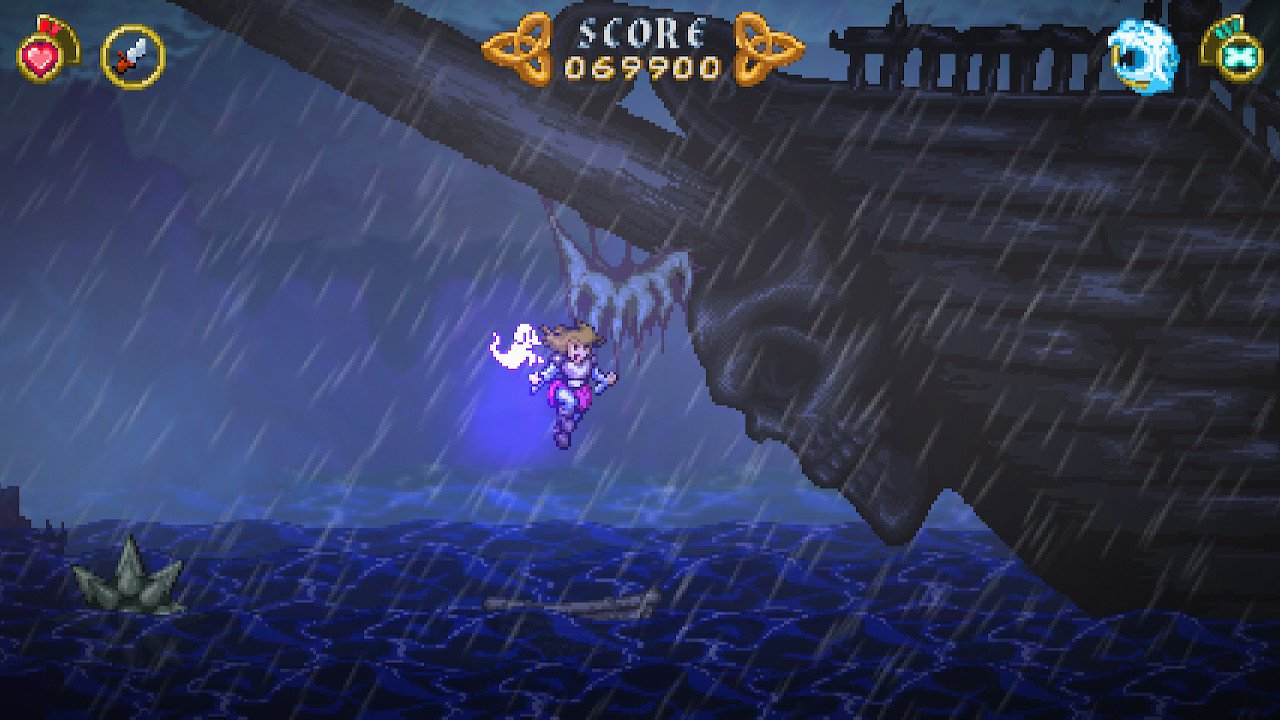 Thankfully, the game’s saving grace is its fast and furious Arcade Mode, which plays strikingly similar to Arthur’s own medieval misadventures. Unlike in the campaign, story and exploration take a back seat to classic side-scrolling action veterans of the golden age can easily subscribe to. Tightly stitched together stages, random weapon/armor drops, and a greater concentration of enemies crowding each biome will keep even the most diehard of platforming fans pleased.

This most manic of modes is not without its problems, though. For starters the scoring system is completely arbitrary, neither dishing out extra lives or accompanied by a leaderboard. It doesn’t reset upon death either, making its existence questionable outside simply paying homage to a bygone era. Checkpoints can also be unforgiving, especially near endgame where death forces you back through a gauntlet of tedious sub-bosses before the final big bad. There’s no speedrun timer, level select, or unlock of any kind for those brave enough to trek through to the credits either, making its replay value pretty scarce. 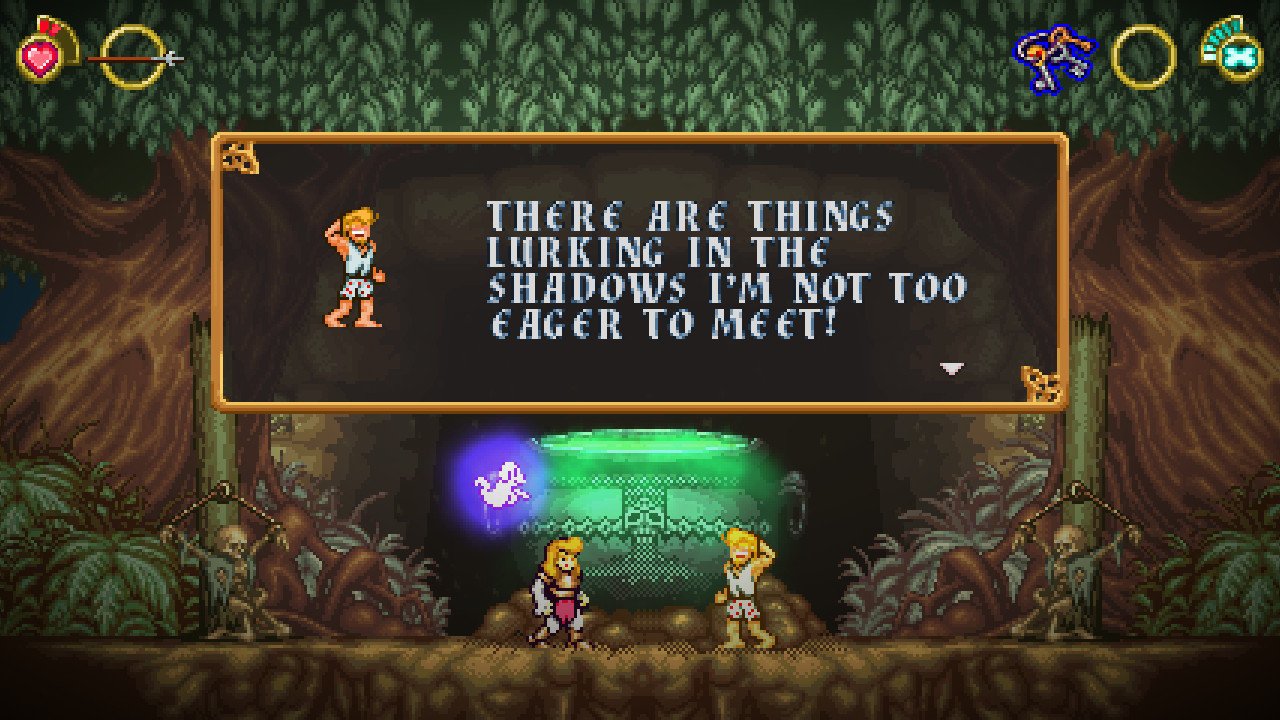 Battle Princess Madelyn is a game I wanted so badly to fall in love with. It has all the staple hallmarks of a classic side-scroller: tight controls, beautiful artwork, catchy tunes, and fantastical enemies that are a pleasure to pummel. It’s in places where it strayed from the tried and true that the game begins to crumble under the weight of its own ambition. Tedious exploration, repetitive side quests, and an overall lack of polish hold it back from being crowned alongside the best of its class.