Golden Sun: 15 years after its release

15 years ago today, one of the Game Boy Advance’s greatest, most finely crafted RPGs was released. While I had been playing Pokémon for my entire life, Golden Sun truly introduced me to the world of RPGs. The great story and characters, the fantasy elements and strange creatures were unlike anything I had ever seen before. I was sucked in, and because of Golden Sun, the RPG genre has been my favorite genre of game for 15 years. Today, I want to take a look at what makes this game stand out, a decade and a half after its release.

Golden Sun began development as an N64 title, and as a single release, rather than two titles. This was mostly due to the impending release of the Nintendo GameCube, and it was deemed that the game would work better as a GBA title. The problem, however, was that the game would end up too large to fit on a single cartridge, so the decision was made to split it into two games. This worked well from a storytelling perspective, as the creators were able to fill out the world by telling the entire story through the eyes of the “good” and the “bad” guys. 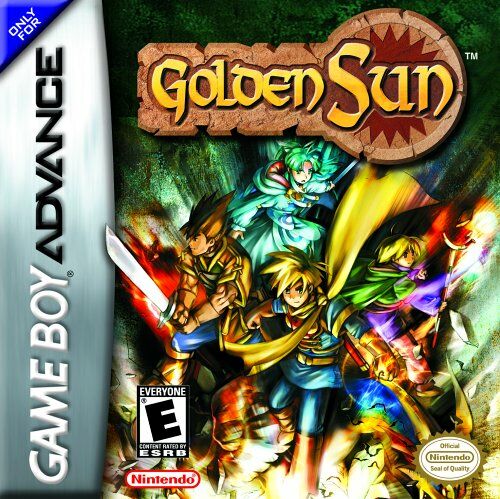 Golden Sun is widely regarded as the GBA’s best non-port RPG; an incredible throwback to the SNES days of RPGs. Despite the limitations of the GBA’s 32-bit cartridge, Golden Sun was highly regarded for the quality of its graphics. These graphics enthralled many, and really showed off the beautiful quality that GBA games were capable of. Golden Sun is still regarded as one of the greatest games to be published on a Nintendo console, and placed 31st on Nintendo Power’s Top 200 Nintendo Games. Golden Sun was also voted Game Boy Advance Game of the Year 2001 by Nintendo Power Readers.

With an expansive story and fun characters, the world of Golden Sun drew me in at a young age. Admittedly, the text heavy intro to the game is tiring and may turn away new players, but past that, the story is captivating. The battle system is creative, with its own spin on the RPG battle formula. The class system and Psynergy/Djinn combo always fascinated me. With expansive classes focusing on elements, Djinn were able to be used to set a player’s class to give them different stats and Psynergy abilities. This class system led to great combinations of party members, and incredibly powerful characters, if you had the skill to manage your Djinn efficiently. 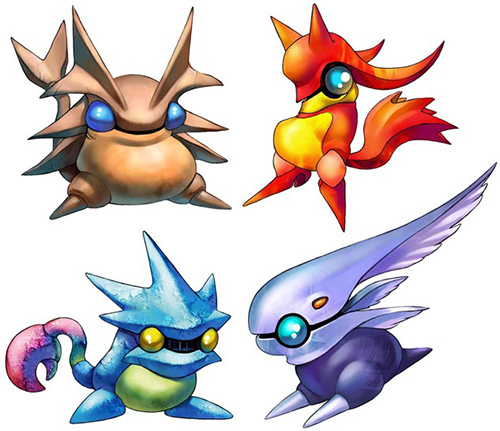 The stunning graphics of Golden Sun led to some of my most memorable video moments. The summons, in particular, left a lasting impression on my mind and remain some of my favorite scenes in video game history. The music and sound effects were also executed phenomenally, and to this day I still find the battle music running through my head at times.

The excellent character design is still so fun to look back on, and the art still holds up as some of my favorite video game-based artwork. The characters are memorable and their abilities are unique, a vital combination for any great game. This fantastic character direction led to Isaac, the main protagonist of Golden Sun, being included in Super Smash Bros. Brawl as an unlockable assist trophy. The fact that he did not return as an assist trophy in the sequel, combined with strong support during the Smash Ballot, had me hoping that Isaac would be included in Super Smash Bros. for 3DS and Wii U, although this was not the case in the end. Perhaps he’ll be included if the game is ported to NX someday, or if Smash Bros. ever sees a fifth entry in the franchise. A guy can dream, right?

Golden Sun has left a lasting impact on me through the last 15 years. The captivation I felt all those years ago still grabs hold every time I go back to play through it again. That influence has guided me into a love for RPGs, and although I don’t have the time to play them as often as I’d like, that love hasn’t diminished one bit. Golden Sun and its sequels are some of the finest RPGs I’ve ever played, and I hope to see another sequel released someday, perhaps even an HD rerelease, built from the ground up.

If there were a list of games that will stick with me for the rest of my life, Golden Sun would be near the top. This is largely due to the nostalgia I feel from being so fascinated by this game, but also because it truly is one of the greatest RPGs to be released.

What are your thoughts? We’d love to hear them, so let us know down in the comments or over on Twitter and Facebook! Make sure you stay tuned to Nintendo Wire as we cover other great games from the past through the rest of the year!