The Ace Attorney games have always been a series of re-releases and remakes. The original Ace Attorney trilogy has appeared on Game Boy Advance in Japan, and on DS, iOS, Android, 3DS and the Wii in all regions. They’ll also be coming to the Switch sometime next year. The fourth game in the main franchise, Apollo Justice: Ace Attorney, has finally gotten its turn, releasing on iOS and Android earlier this year, and now it’s getting its chance in the 3DS eShop. The game is largely unchanged from its original DS outing, but it still provides a fun journey well worth taking.

Apollo Justice is considered the dark horse of the franchise by many, as it’s the only game of the main six to not feature Phoenix Wright as the main protagonist. Phoenix still serves as an integral part of the story, but players take control of Apollo Justice this time, a rookie attorney thrown into the ring of murder, forgery and beyond. 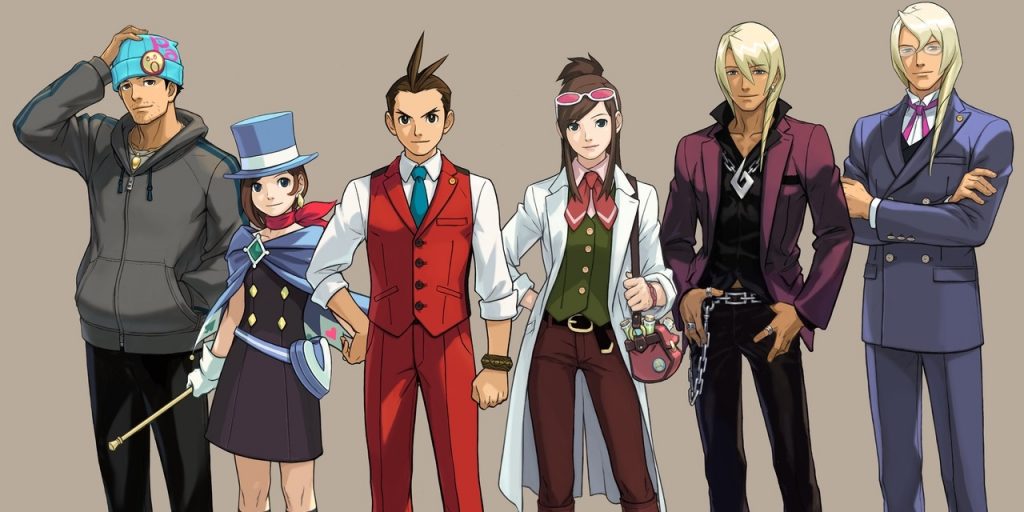 The game’s script and gameplay is completely faithful to the original, providing a thrilling, shocking lawyerly adventure from the first case all the way through the fourth. Since the game is almost identical to the version released on DS, I’ll be highlighting the differences featured in this new version.

The game’s visuals were a step up from the earlier games, as Apollo Justice was the first game to be originally developed for the DS. Because of that, the remake team didn’t give Apollo Justice quite as much of a facelift as the remade trilogy received. The visuals in the 3DS version of Apollo Justice land somewhere between the first version on DS and the Phoenix Wright HD Trilogy, but the colors still pop on the 3DS screen. 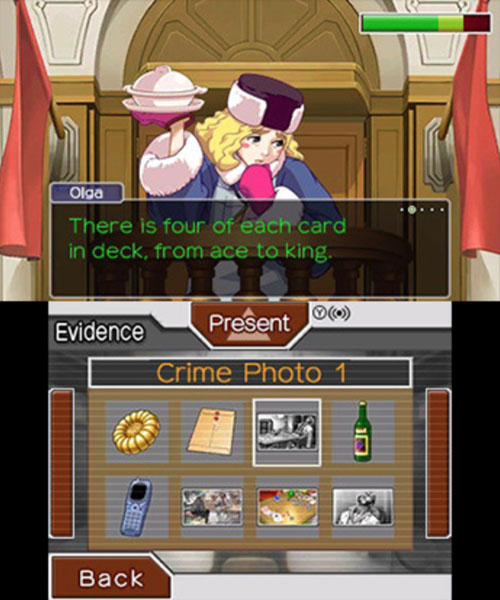 If you’re a relatively new fan of the series and have only played newer entries like Dual Destinies and Spirit of Justice, you might be shocked by the sprite-based visuals, but they’re tried and true to the franchise’s roots.

The 3D effect really enhances the game’s look and feel. It separates the characters from the backgrounds onto two separate planes, and it gives off a really neat storybook feel. I haven’t used the 3D slider in months, but I found myself playing through the whole game with the 3D about halfway up.

The game sounds better than it ever has before. Select tracks were reorchestrated for the enhanced sound capabilities of the 3DS, and the tunes pop through the speakers. The Apollo Justice soundtrack might be my favorite video game musical score ever, and it was great to hear it with stunning clarity on the 3DS.

The game gives you the option to play in English or in Japanese. And, it saves these playthroughs separately so you can have multiple files at once. Auto text is also available from the start, a feature usually blocked until you’ve beaten the game once. This allows you to scroll through text at a faster rate, rather than watching each piece of text click away before advancing. As someone who’s played Apollo Justice numerous times (in the double digits), it was nice to be able to fly through the game quickly with this change.

With the release of Apollo Justice, all six main Ace Attorney games are now available in the 3DS eShop. I’ve praised this franchise many times before, and I’ll do it again: If you haven’t jumped into the world of Phoenix and friends yet, do yourself a favor and start out with the Phoenix Wright Trilogy before moving onto Apollo Justice. It’s one of the best gaming journeys I’ve ever taken, and I know I’ll continue to buy these titles no matter how many times they’re released.