Eulogy for the third dimension – the death of the 3DS

I remember the day well. It was the first week of April, 2011, in high school drama class — freshman year. We were slacking off between one of Mr. McKillip’s improv games when I noticed a classmate had a shiny new toy. It had a metallic aqua casing, a slick and squat frame, and two black circles on the back that looked like beady little eyes. I knew what it was at a glance, of course — a 3DS, freshly released, but bereft of reasons to own one. At least, that’s what all the online games sites I’d read told me. Though I was a hardcore Nintendo fan, even back then, I told myself to hold off until my birthday to save $250 and just wait. I was plenty busy playing the last batch of excellent DS games (Pokémon Black, Radiant Historia, and Okamiden) anyway.

Even so, I waltzed over and asked to watch him play. He didn’t really have any retail games for the system, as far as I could tell — he mostly played the weird little apps that were included with the system, like Face Raiders and the AR cards, or the weird StreetPass minigames. They were curious, goofy little distractions, good for those lulls in between games of Bus Stop in the theater, but not deep in retrospect. And yet, seeing the system in my hands, feeling the 3D field impress upon my eyes, the littlest wonderment sprung up inside of me. I went out that weekend and bought one on the spot. 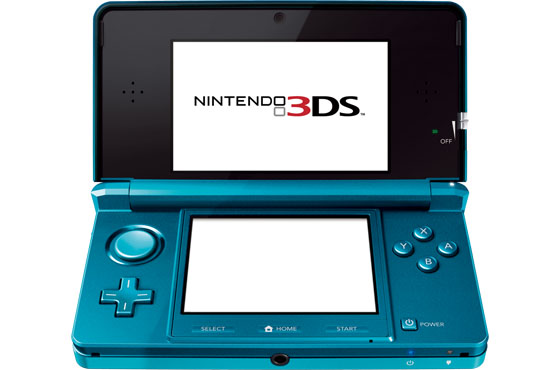 It was, by every measure, an impulse decision at the time. And for a few months, I felt it — the only game I owned until around July was Super Street Fighter IV, which I admittedly sunk a great many hours into (more than any other traditional fighter since, a fact which I feel somewhat guilty of). But it was mostly a new shiny place to play the DS games I hadn’t quite burned through yet. Things improved a lot with the release of Ocarina of Time 3D, but even so, I remember how rough that first year or so of the 3DS was. There were few games, some of the buttons sizes were awkward, the 3D was gimmicky (even if I used it more than just about everybody else I knew) and in November, due a mishap in my backpack, the top screen shattered, forcing me to replace it less than a year into its lifespan. If you looked at my opinion on the console at the time, it wouldn’t be glowing.

Today, with the release of Persona Q2, the final major title for the system, the 3DS has, for all intents and purposes, passed. It is now the greatest handheld console Nintendo has ever made.

It’s almost unprecedented how big the turnaround was in the next couple years. After initial sales disappointments, Nintendo bit the bullet and dropped the price significantly, offering “Ambassador Program” benefits to early adopters to compensate. In retrospect, it was one of the smartest risky decisions the company made in the 10s — cutting the exorbitant price down, but offering a great deal (20 games, including GBA ones that you couldn’t ever buy otherwise) to those who bought it early. It wasn’t just a move that satiated all parties — it helped fill in the sparser spots in the release schedule as Nintendo kicked its developers into high-drive, resulting in a wave of some of the finest games the company has ever seen.

Super Mario 3D Land finally fused conventions of 2D and 3D Mario into an appetizing and tight package. Mario Kart 7 introduced kart customization and laid the groundwork for 8 to triumph as a masterclass. A Link Between Worlds was built as a direct sequel to the classic A Link to the Past and improved on it in every conceivable way (don’t @ me), and they also tossed on remakes of the two best 3D Zelda titles ever while somehow improving them. Masahiro Sakurai used his magnanimous ways to revive Kid Icarus with Uprising, resulting in a hilarious and sharp-shooter that desperately needs a sequel. Kirby got one good game in Triple Deluxe, and then a masterful one in Planet Robobot. The criminally overlooked Ever Oasis made a small yet wonderful splash as a simulator/adventure hybrid. Pokémon hosted two more prestigious generations. Metroid finally made its revival — first in the awkward and disliked Federation Force, but then with beauty and aplomb in Samus Returns. Xenoblade got ported… and you know what: I didn’t even play it on 3DS, but it’s one of the best games ever made (so it bears mentioning). Smash Bros. finally landed on a portable. And of course, no Nintendo series flourished more on the console than Fire Emblem, which had three stellar entries that all not only saved the series from a premature demise, but skyrocketed it in popularity from a C-lister to one of the company’s most preeminent series.

Third-parties had some great runs on the console too, many carrying over previous successes on the DS without missing a beat. Professor Layton and Phoenix Wright continued their mystery solving adventures, and even held their own eccentric crossover. Atlus brought tons of great titles, from the return of Shin Megami Tensei titles to Nintendo platforms to a whole banquet of Etrian Odyssey sequels, spinoffs, and remakes. Square Enix realized people still like classic JRPGs with the release of Bravely Default and Bravely Second. Ports of older classics like Metal Gear Solid 3 and Tales of the Abyss were plentiful. And some of the smaller titles, like Theatrhythm: Final Fantasy, Rune Factory 4, and the Zero Escape series are still some of my favorites. 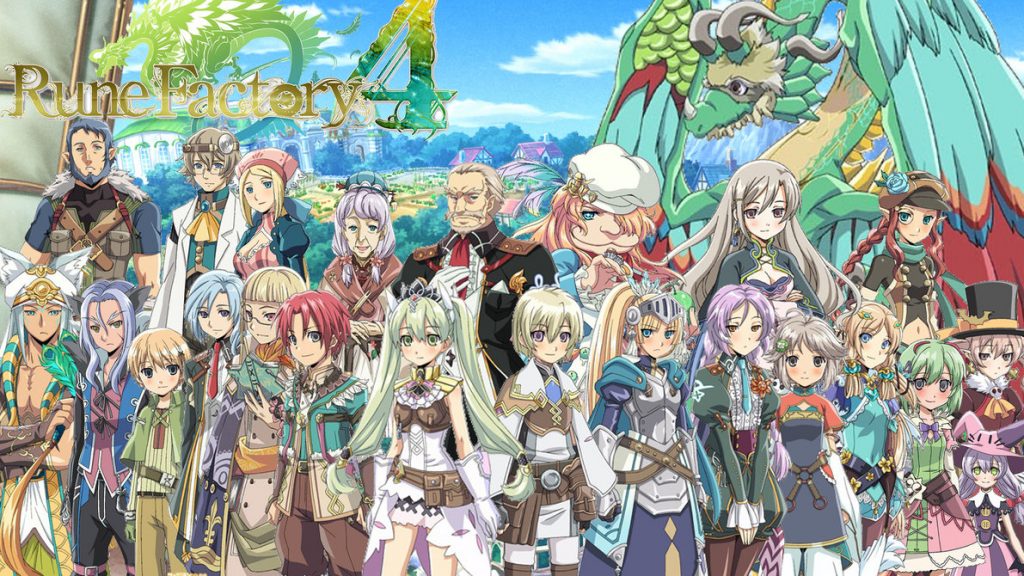 The 3DS, along with the Wii U, was also the first time Nintendo’s indie support felt strong. The 3DS was the first console where I experienced Cave Story, still one of the greatest gems in the history of the medium. Shantae and Shovel Knight made such strides on the system that people practically begged them to be in Smash. While it wouldn’t reach the current indie paradise level that the Switch occupies, the 3DS had a bountiful supply of titles from developers who were willing to give it a try.

There was even virtual console! The 3DS is still the only place where you can legally play emulated GB and GBC titles, alongside some NES and SNES selections (or, if you’re one of the aforementioned ambassadors, a scant few GBA titles). I got to experience titles like Kirby’s Dream Land, Link’s Awakening, and Metroid II for the first time. I re-experienced GBA favorites of my youth like WarioWare and Metroid Fusion. I bought EarthBound — again. The selection of great games you can play on a 3DS is difficult to quantify, as there are just so many.

And as the Wii U struggled to stay afloat, having difficulty finding an audience and leverage itself in the market, the 3DS flourished, offering great games month after month after month. Every year from 2012 through 2017 or so had at least one killer app going for it, often three or four, or even more. In an era when mobile gaming continue to seep into the wider market with microtransactions and more fluffy, insubstantial experiences, the 3DS continued to be a bastion of high quality products you could play on the go.

And yet, nothing lasts forever.

It’s telling that, upon the Switch’s release in 2017, the Wii U dropped on the spot, but the 3DS hung in there for over two more years. It released some of its finer RPGs in that time too — Fire Emblem Echoes, Radiant Historia: Perfect Chronology, and Etrian Odyssey Nexus. It did not go gently into the good night, but continued to shine long after its sun would have set. Even as Nintendo claimed 3DS support would continue upon the release of the Switch, we knew its time upon this earth was limited. But even after the Switch had a colossal release year, the 3DS hung on, against all odds, to this very end. 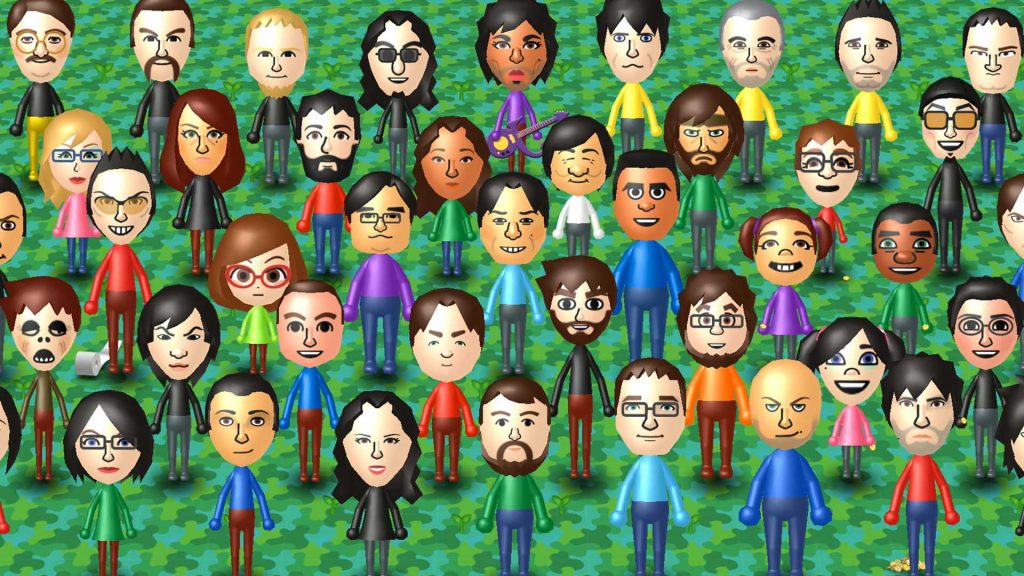 I’ve gone through four different 3DS models. My current one — a black New 3DS XL (Nintendo’s naming sensibilities are one of the few things about the console that I can criticize) is smeared, cracked, and chipped from the years of use. Thousands upon thousands of hours have been sunk into it. My home screen, once sleek and white, is now filled with stylish wallpaper and custom badges from the Badge Arcade that no longer operates. When I first picked up that Aqua Blue OG 3DS, I was 14 years old, a freshman in high school, and I wanted to be a zoologist. Now I’m a year out of college, graduated in English and comparative religion, and write about games for a living. How much has changed, in what was almost a full decade.

After wrapping up my Persona Q2 review, fully cognizant of the fact that it would be the last review I’d write for the system, I booted up my favorite 3DS game — Fire Emblem Awakening. I can’t tell you how many hours and playthrough I sunk into this game over the years, how many times I ventured with Chrom and his Shepherds to save Ylisse. I booted up my original save, still intact from 2013, and looked at my old army — the relationships I had forgotten, the characters I cherished, the Robin I had designed — all the same as ever. It wasn’t quite nostalgia. It was a wistful realization that, so long as it’s never destroyed, I could always come back to it. 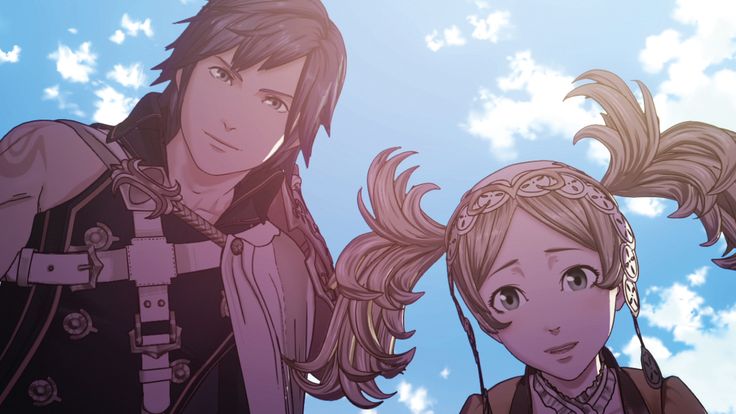 And that’s the thing, isn’t it? The 3DS isn’t truly dead. No game console ever dies until the last of its remains have been wiped from the earth. How many people still play NES, and Atari VCS, and even old arcade titles to this day? The mark of a console is not in the releases you wait for — it’s in the games you come back to, the adventures so grand you can’t help but want to play them another time.

For the past decade or so, if you were to ask me what the best console to ever exist was, I would say the SNES. The library of masterpieces is simply too broad and too deep to be matched by any other, even as some — like the Switch — dare to try.

And yet, if you were to ask me what my favorite game console is… it might very well be this one. This one, with so many games that got me through the rougher patches of adolescence and early adulthood. The little two-screened box that carries a host of memories and unbridled adulation. The individual console is replaceable; the experience of playing it is anything but.