Anybody who’s kept up with my reviews on this site knows that I’m a big fan of the Etrian Odyssey series. It’s also not much of a secret that I’m a big fan of Persona, having indulged in most of the modern numbered titles and their various spinoffs. And you know what? I like a good movie, every now and then. Mix those three not-super-related things together, and what do you get?

Persona Q2 is the second entry in the Persona/Etrian Odyssey crossover and spinoff series, throwing together characters from your favorite Persona titles (assuming your favorite isn’t P1 or P2, in which case Atlus still hates you) into a dungeon-crawling romp of map-making, shadow-slaying, and movie-magic. It’s ultimately the equivalent of a summer blockbuster — the themes aren’t too deep, the writing’s uneven, and it’s not going to be an awards season darling, but I’ll be danged if it isn’t a load of fun.

Q2 focuses on the stars of the most recent Persona entry, the Phantom Thieves of Persona 5. (You don’t get to chose your POV like in the first game, but considering 3 and 4 got the spotlight last time, it makes sense for them to take a backseat to the new kids on the block.) The Tokyo teens are venturing through Mementos one day when they get transported to a strange new world that appears to be out of a film. Upon making an escape, they find themselves trapped in a movie theater with its curator, Nagi, and a reticent girl named Hikari. In order to escape, the Thieves need to collect keys to break the locks barring their way outside — and the only way to get them is to change the negatively-messaged movies playing throughout the theater. 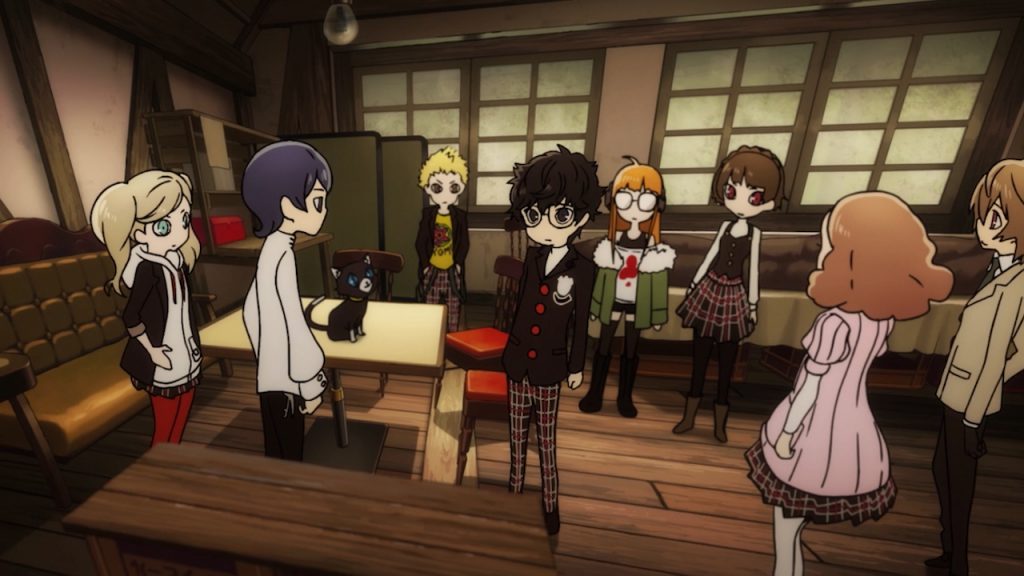 Despite my affection for both Persona and EO, I never made it far into the first game due to a sluggish start and some other miffing factors. PQ2 is a much smoother ride — the beginning hours are well-paced, balancing exposition and gameplay at a fairly palatable rate while doing a good job introducing mechanics. The game also doesn’t waylay you with all of the playable characters at once, instead introducing them in chunks over the course of the first few dungeons/strata. This is probably the most newcomer-friendly EO game out there, which makes it a great jumping-in point to the series for first-timers; and I found the core loop of explore, map, fight, return, sell, and fuse as enticing as ever. Not to mention, it feels like the only EO game I’ve played where the plot develops within a stratum evenly instead of at awkward intervals.

As for the quality of that plot, well… mainline Persona games can have some uneven writing even at their best, and its side games tend to be even more erratic. While it has consistent themes, the game is mercilessly blunt, un-nuanced, and repetitive in the manner that it delivers them, to the point that it feels like being bludgeoned with a wiffle ball bat. Not to mention that the usual Persona-spinoff issue of flanderizing its characters comes back, taking previously complex cast members and reducing them to one or two goofball comedic traits. (I don’t even remember Akihiko mentioning protein in Persona 3, but it takes up 80% of his brain space here.)

That said, like any crossover, there are moments that resonate. Seeing the casts of the three games interact in the theater lobby is cute, from Ryuji waving Junpei’s evoker around willy-nilly to Koromaru chasing Teddie around for stealing his snacks. Some of the game’s side quests manage to pull out a little bit more of the characters’ complexities, or have some legitimately funny premises that draw out a few good chuckles. A scant few members, like Futaba, actually manage to carry their rounded characters throughout the game. And compared to the one-note OCs of the last title, Hikari is much more tolerable, with a simple yet effective personality and moments of legitimate empathy, even if I wouldn’t say she’s a standout. 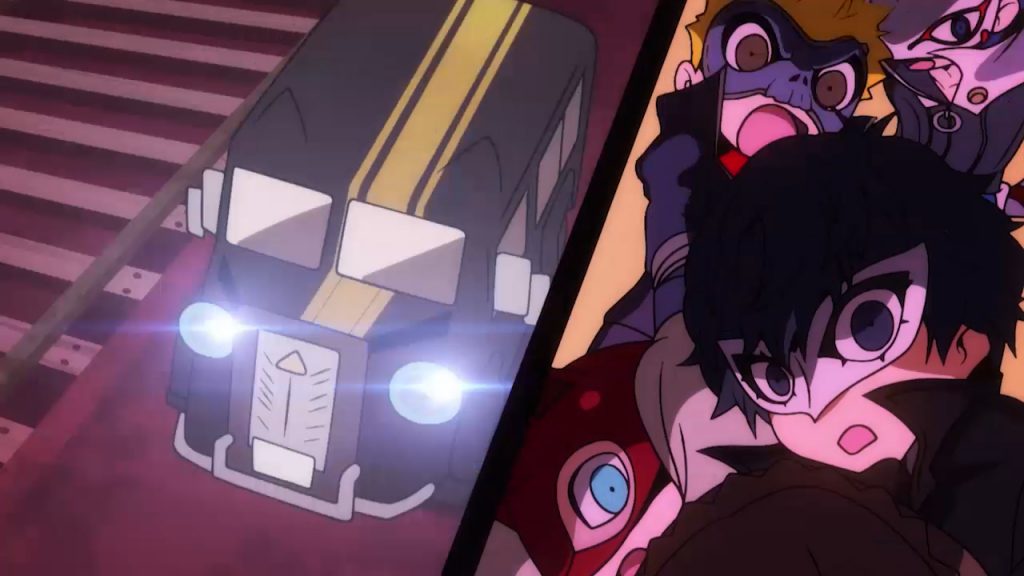 Yet, to my surprise and utter delight, the real spotlight stealer is none other than the female protagonist of Persona 3 Portable, who — after being wrongfully spited from the first game — makes an absolutely stellar showing. While all of the other protagonists are fairly subdued (Joker is silent save for dialogue options, and the P4/male P3 MCs don’t do a whole lot), she manages to be colorful, charming, and sympathetic, with truly lovable dialogue and an actually meaningful role in the narrative. As somebody who previously didn’t have much opinion on her, this game made me a stan, and I can only hope Atlus continues bringing her into future P3 projects going forward.

Atlus, as always, knows how to nail their aesthetic, once again blending the cutesier styling of EO with the classic Shigenori Soejima Persona designs to create adorable chibi characters to play around with. The various movies you traverse through are of clear inspiration, each pastiching a separate genre of film in various offbeat ways. The UI is slick, the animations impactful, and while the soundtrack doesn’t quite match the impossibly lofty standards of its source material, it’s still filled with bops. Though I will confess that I find the lack of an English dub disappointing. Don’t get me wrong — I understand the logistics of localizing a 3DS game in 2019, and the Japanese voice cast is filled with absolute legends, but the English VAs are iconic to me and a sizable portion of the Western fanbase, so it’s still a bit of a downer.

When it comes to the actual dungeon-crawling, of course, PQ2 operates as a hybrid of its source series, featuring the analog map drawing, FOE-dodging, and puzzle-solving of Etrian Odyssey alongside battles that lean more towards the classic Shin Megami Tensei trappings of turn-based combat. The mechanics are much more balanced than in the first as well — P5 elements have been brought into play (meaning instant-kill moves are no longer busted beyond belief), and certain Etrian elements like line/party guarding have been introduced as well. It’s not quite as tightly knit, balanced, and customizable as mainline EO, but it’s still incredibly engaging. 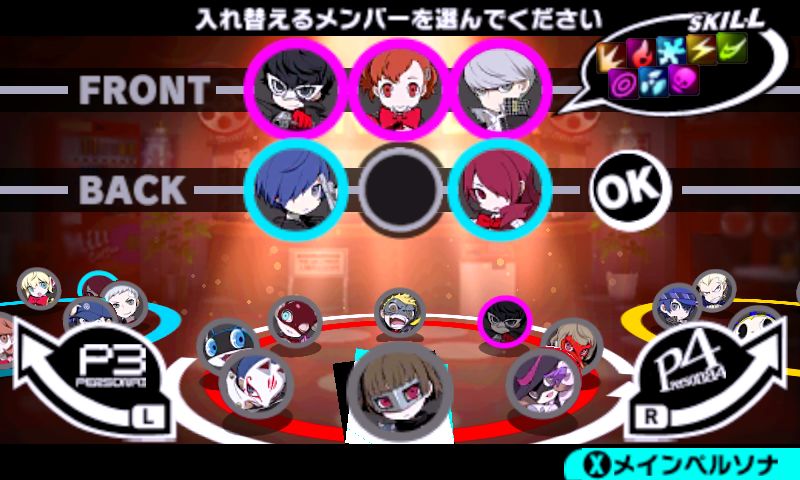 Besides simply progressing through the movies, there are the aforementioned side quests, of which there are actually quite a few — 45 in total, each featuring unique dialogue and premises. While objectives are usually simple (find X amount of Y item, kill these Shadows), all of them contain some nice character banter, and some have more complex objectives. Finishing them gives you good rewards, from rare items to new team combo attacks that are all cool and radical. Best of all, completing the majority of the game’s side quests (and finishing a chain of bonus bosses) nets you a benefit that not only feels worth the effort, but is available before the very very end of the game. Most RPG side quests these days feel tacked on; here, they’re the feature presentation.

Ultimately, most of Persona Q2’s flaws come less from its actual failings (of which, aside from the overall writing, there are pretty few), but more from not quite living up to the heights of either one of its source materials. It lacks the visual-novel-simulation slice-of-life loop of Persona, but the overall gameplay construct lacks the little refinements and innovations of the better EO titles as well. In the end, it lives in the shadow of both, at times making me wish I was playing the original games instead of a mishmash. But when the most striking criticism of a game you can make is “it’s not as good as some others,” then… well, how bad can it be? 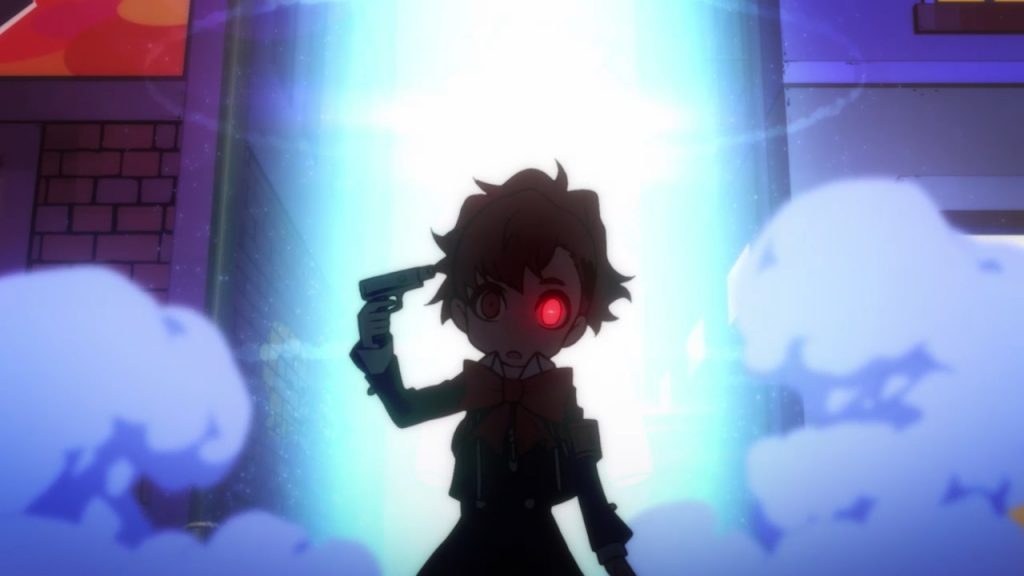 That said, it’s a bit hard to recommend unless you know Persona on a decent enough level. It’s certainly comprehendible enough to a newbie, but a lot of its core appeal comes from the existing familiarity with the baseline series and fanservice. I’d recommend this only if you’ve played at least one of Persona 3/4/5 first. (You should play all three regardless — they’re great games.) If you have done that, though, it’s a great introduction to the Etrian Odyssey series, and a fun RPG in its own right. If you’re an EO fan who (somehow) hasn’t touched Persona, you’ll probably not walk away with the highest opinion.

It’s a bit strange to think that this game, of all ones, would be what is essentially the last title the 3DS will ever get. It may not be one for the history books, but it is worthy of your consideration. Grab some popcorn, a soda, and sit down with the last viewing experience those two screens will likely see — it may not be the finest kino ever crafted, but it’s a rollicking good ride. 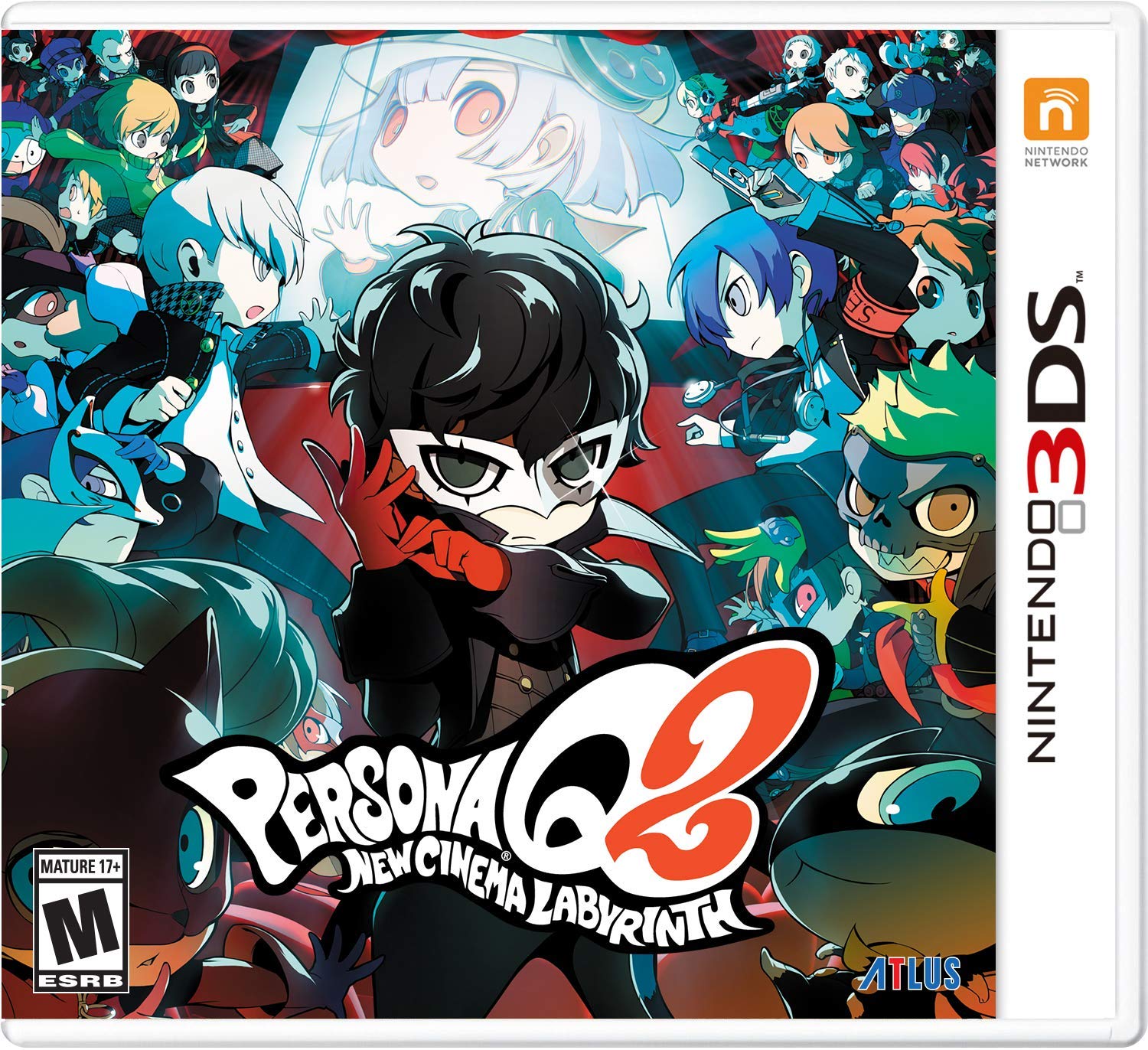